What’s the Best Way to Water Plants in Space?

Humans have maintained a continuous presence in space on the International Space Station (ISS) for more than 20 years now. It is our longest-running and most comprehensive experiment in long-duration spaceflight. But the ISS is continually supplied with consumables – food, water, and oxygen – so astronauts are largely reliant on Earth. If Humanity is ever going to live and work in space long term, we’re going to have to learn to be more self-reliant – and that means growing food in space.

With this in mind, the NASA Glenn Plant Water Management (PWM) project has been diligently studying the best way to provide water and aeration to plants growing on the ISS. Previous experiments have proven that plants can grow in space, but the conditions of microgravity are not ideal.

There is some evidence that space makes plants more vulnerable to contamination by microbes. A crop of zinnias grown on the ISS in 2015 was partially killed off by fungus. A little tender loving care from astronaut Scott Kelly was able to save a few of the plants, who nursed the remaining zinnias back to health.

Our plants aren’t looking too good. Would be a problem on Mars. I’m going to have to channel my inner Mark Watney. pic.twitter.com/m30bwCKA3w

Another significant challenge for gardening in microgravity is that plants’ root systems behave differently than on Earth, creating unexpected challenges in delivering water to the plants. It is this problem that the PWM project hopes to tackle.

There are two common ways to deliver water to the roots. The first, like most agriculture on Earth, is to deliver it through an intermediary: soil. A second option, known as hydroponics, involves growing the plants directly in water.

To test the effectiveness of these methods, the PWM team delivered artificial plants to the space station. These foam, felt, and sponge creations simulated the root systems and the evaporation rate of a real plant (which they didn’t use largely to increase the experiment’s shelf life). The simulated plants were ‘watered’ with fruit punch rather than water, making it easier to see the liquid being absorbed, and to provide the ‘plants’ with useful nutrients and sugars.

One of the key requirements of the project was that the water delivery system needed to be effective across the plant’s entire life cycle, from seed to leaf. If a plant dies in germination (or anytime after), it can’t be harvested, so researchers needed to account for every life stage. 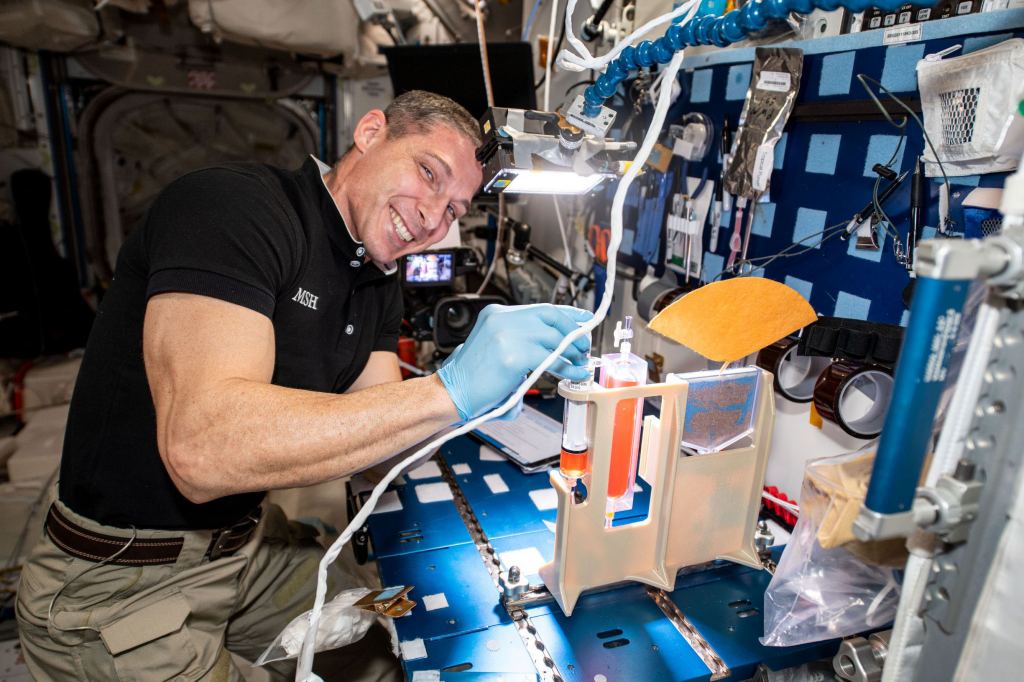 Did you miss our previous article…
https://www.mansbrand.com/60-years-later-is-it-time-to-update-the-drake-equation/

Does the Entire Planet Have a Mind of its Own?

To Climb and to Pray