The 2022 What Car? Car of the Year Awards have named the Mazda MX-5 the ‘Best Sports Car for Value’. Since it made its debut in 2015, the iconic sports car has won an award from What Car? every year. The award is the latest from Britain’s leading car review title, awarded to the fourth-generation Mazda MX-5.

What Car? Editor Steve Huntingford acknowledged the 132os 1.5-liter Skyactiv-G engine being in the perfect position for sports car value stating, “you might think you need a big bank balance to enjoy sports car thrills, but the MX-5 proves that’s not the case. Mazda has resisted the temptation to follow rivals and fit a performance-enhancing turbo, knowing that its 1.5-litre engine has more than enough power to hustle such a light car up to speed. What’s more, the MX-5’s featherweight bulk pays dividends in the handling department, making it feel perfectly suited to British B-roads.” 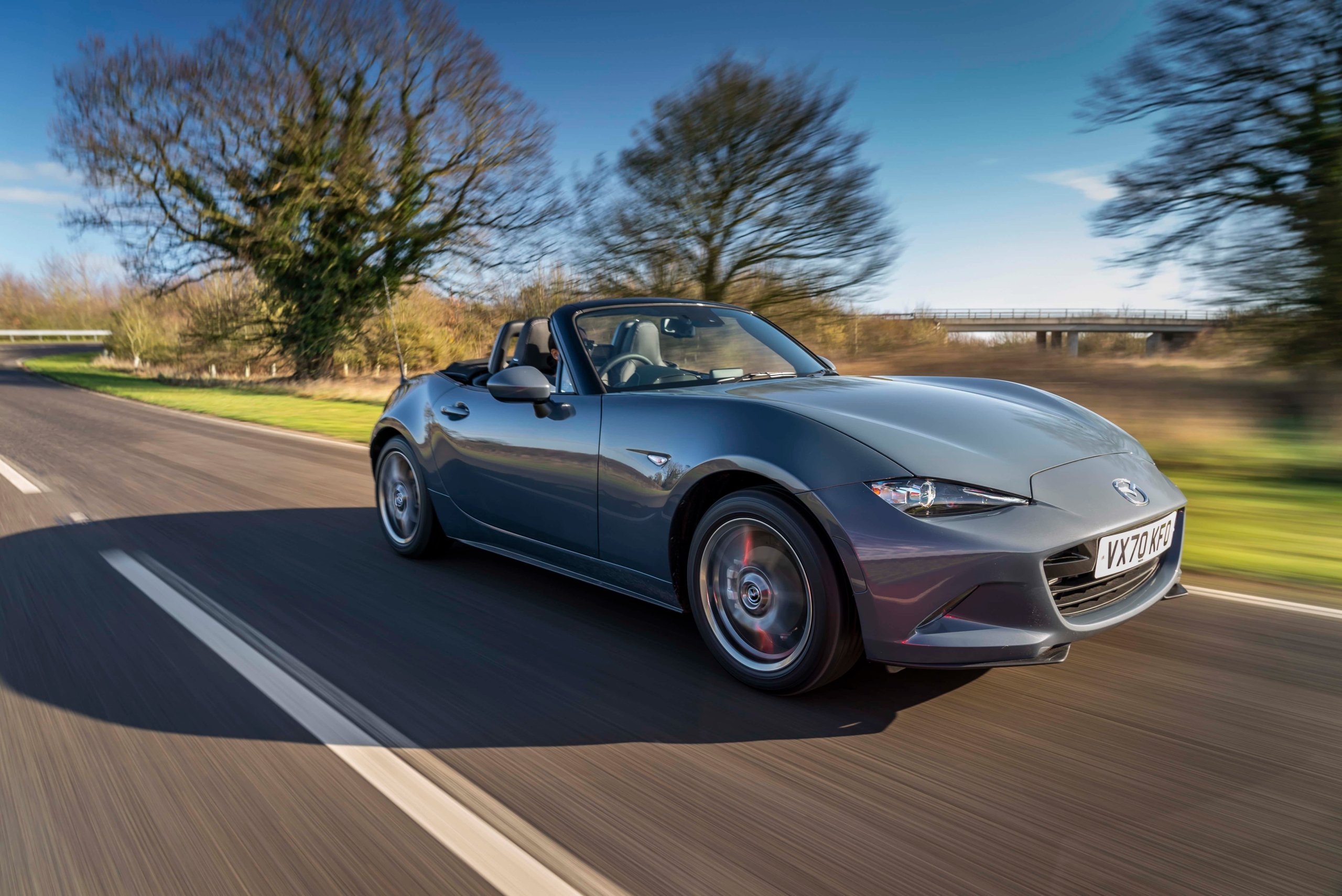 The Mazda MX-5 made its debut at the 1989 Chicago Motor Show, and all four-generations of the model embodied Mazda’s famous ethos of Jinba Ittai which means, ‘car-and-driver as one’. Together with its style, fun factor, and affordability, it is not surprising that the MX-5 has become the world’s bestselling two-seater sports car.

The Mazda MX-5 is still as popular as ever. With the recently released 10-model 2022 Mazda MX-5 range with four Convertible models and six Retractable Fastback RFs. 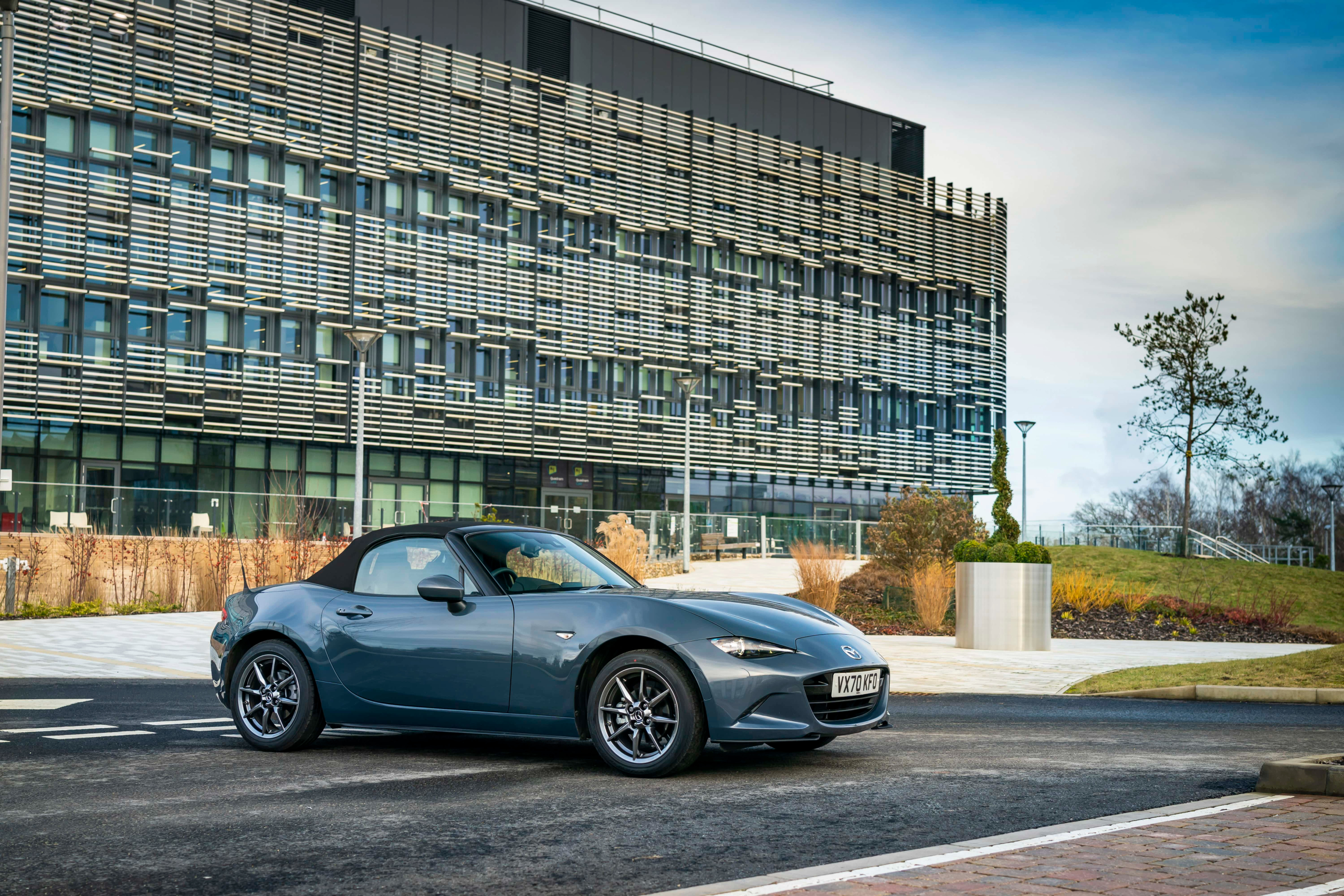 The model can already be ordered, and delivery of the units will start on February 2022. The 132ps 1.5-liter Convertible is offered in SE-L and Sport trim. Meanwhile, the Sport Tech and the top-of-the-line GT Sport Tech trim have the 184ps 2.0-liter Skyactiv-G engine. Like the convertible, the SE-L and Sport trim RF’s are equipped with the 1.5-liter engine, while the Sport Tech and GT Sport Tech will have the more powerful 2.0-liter engine. Both trim levels of the 2.0-liter RFs will also have the option to choose an automatic gearbox.

The 2022 Mazda MX-5 updates include the new Platinum Quartz Metallic finish which is the first time it is being offered for the model. All models will also be equipped with the Kinematic Posture Control (KPC) which is designed to improve stability during cornering without impacting the handling and driver engagement of the MX-5. During cornering, the KPC system applies a minute amount of brake force to the inner/unloaded rear wheel resulting in a brake force that pulls the body down and contains the body roll to give more a reassuring cornering. These are all done so subtly that the handling remains pure. 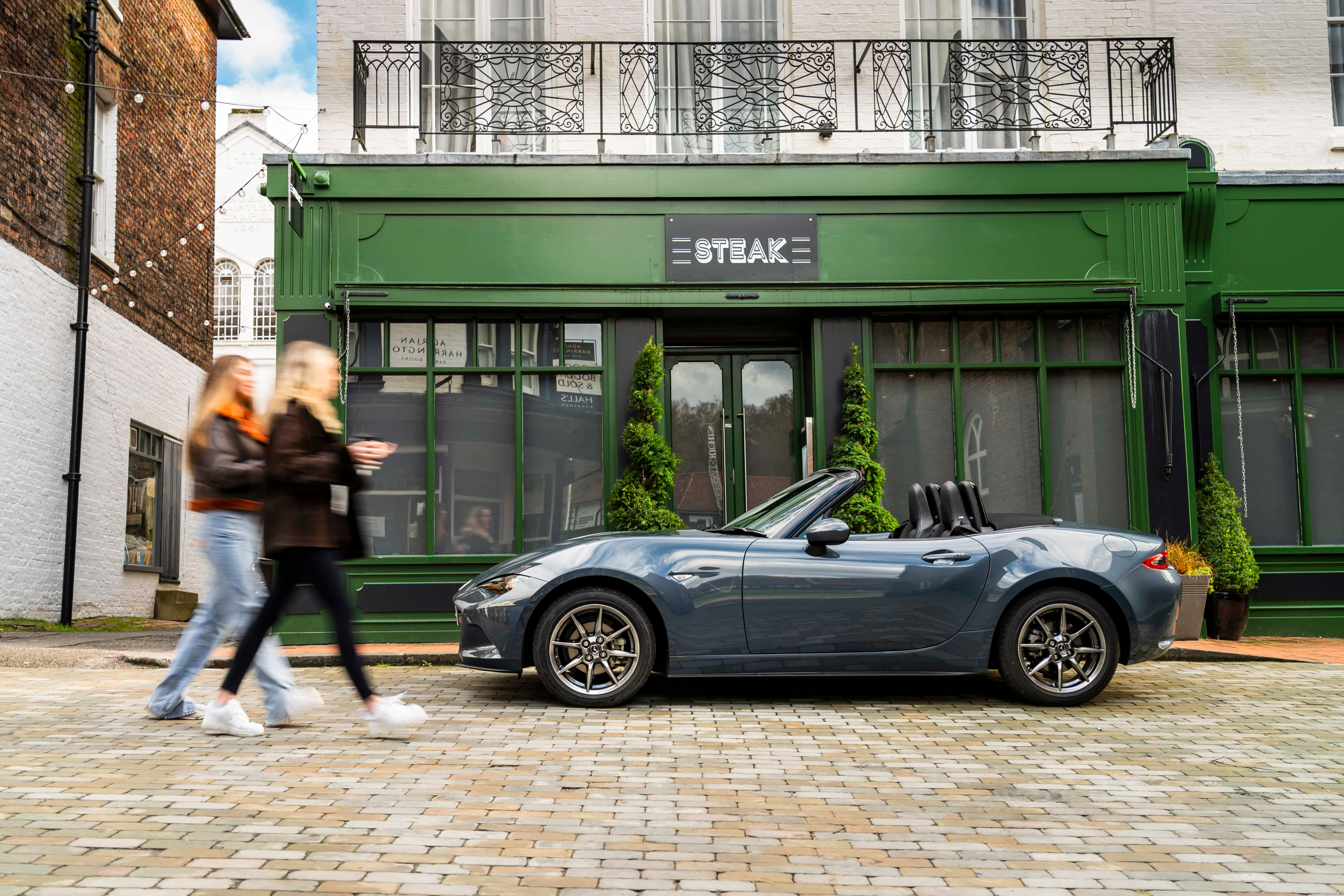 Aside from the new KPC, the 2022 Mazda MX-5 kept the same award-winning mechanical set up that they previously had. The improved 184ps version of the 2.0-liter Skyactiv-G engine was first introduced back in September 2018, and it had lighter pistons and con-rod, upgraded camshafts, fuel injectors, exhaust valves, throttle valve and air intake. Altogether, they improved the performance of the current fourth-generation MX-5 compared to its 160ps version which was first introduced during its launch in 2015.So now, the engine has a

Did you miss our previous article…
https://www.mansbrand.com/barrett-jackson-to-partner-with-the-driven-project-provide-supercar-therapy-for-children-on-saturday-january-22/

The Evolving Pleasures of Driving