Welcome to the Velocity Invitational 2021

This November 11 – 15, Bill Wagenblatt, Rex McAfee and Dennis Gray will be covering the 2021 Velocity Invitational for Sports Car Digest. My first impression upon arrival is it appears organizer Jeff O’Neil and his crew have once again assembled the wildest group of historic vintage race cars this side of the Atlantic. Porsche 917s to Eagle Indy cars to Ferrari GTOs are all here for fans to enjoy.

Through his many connections in the vintage car world, Jeff has arranged to bring Zak Brown and McLaren Motors Racing Ltd. along with driver Mika Häkkinen to pilot a selection of McLaren F1 and street cars. Porsche North America is coming with a display of their legendary 917s, to be seen both on and off the track. Ford Motor Corporation will have a group of Le Mans 24 veteran GTs. There will even be a couple of AAR Eagles on track. 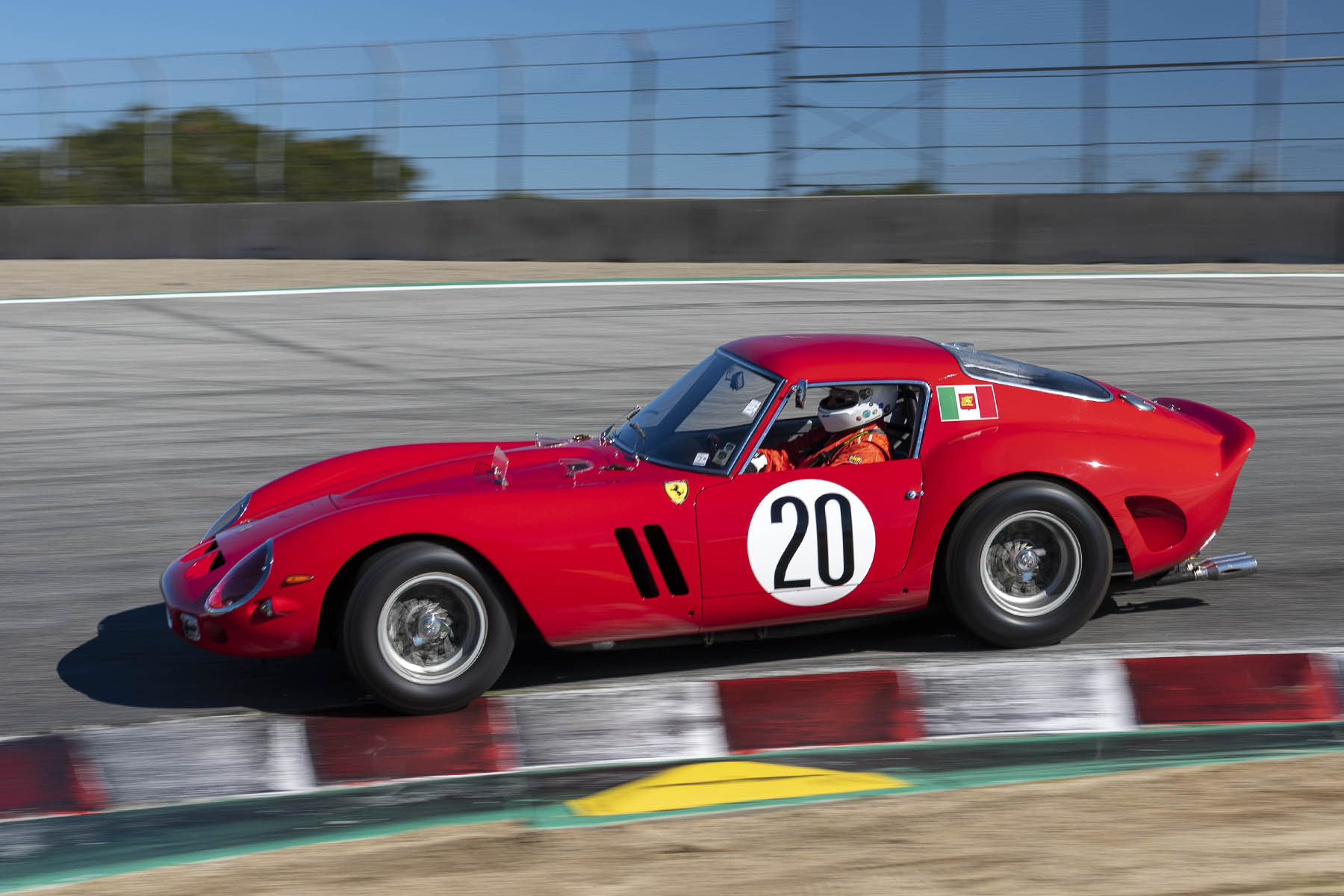 Race groups include Race Group 1: 1924 – 1939 Prewar Sports Racing cars. In this group, look for the 1935 Alfa Romeo 8c-35. Up close in the paddock, be sure to check out the sculpted engine and super charger; true works of art. Others to watch in Group 1 is any of the four ERA racers which go through the corners faster than you would expect.

Race Group 2 is for 1948-1957 Sports and Sports Racing cars. Nick Price in his 1953 Jaguar C type will undoubtedly put on a show piloting his car through the turns. Ned Spieker drives a piece of Italian sculpture known as a Maserati 200Si. A quick and beautiful piece of art. 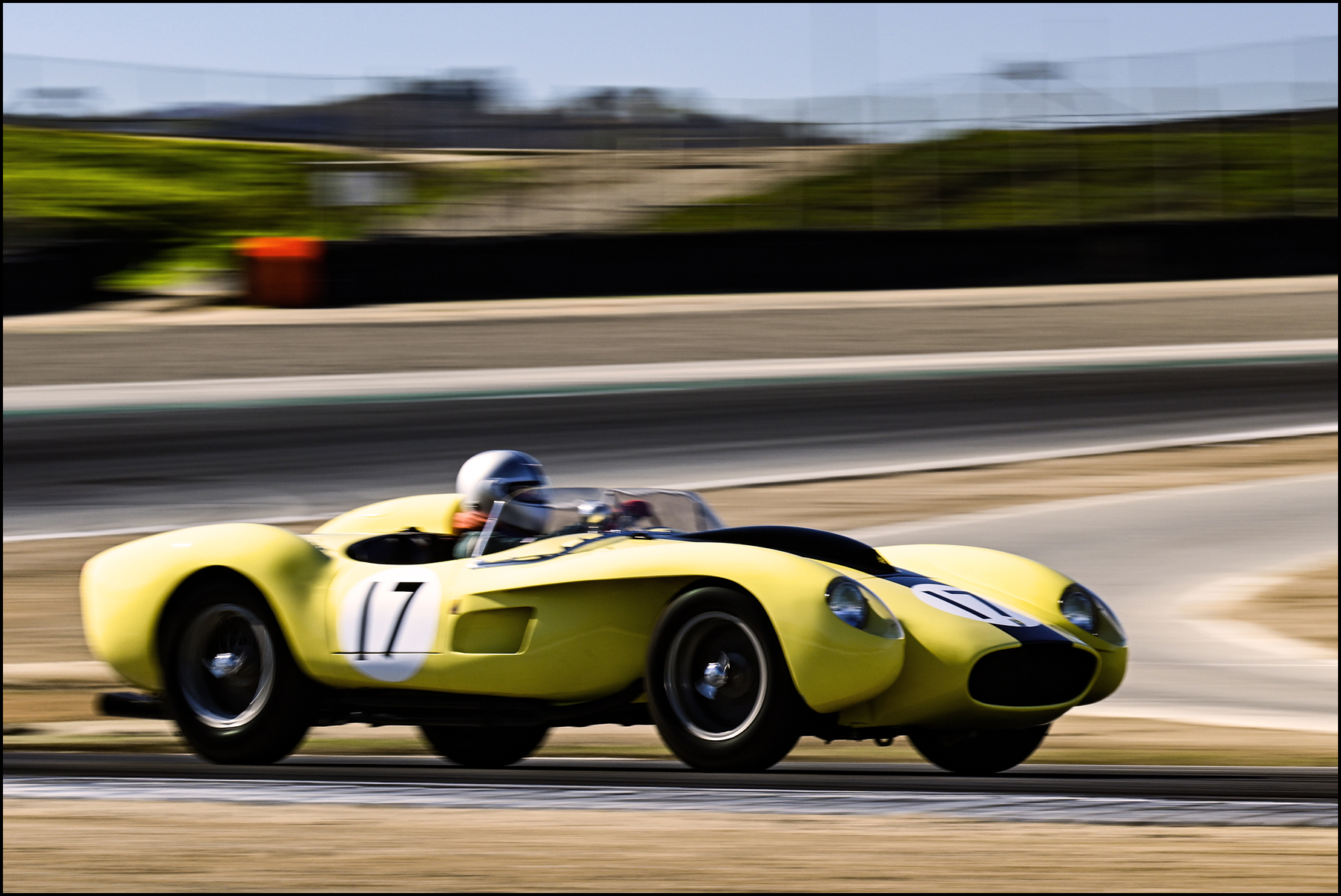 Race Group 3 is for 1957-1961 Sports Racing Cars. This group is loaded with quick cars and quick drivers. Two Birdcage Maserati Tipo 61s, a Ferrari 250 Testa Rosa, Jim Hall’s Chaparral, a Porsche RS 60, and a two Sadlers; a Mk.4 and a Sadler-Meyer Special. But my favorites are the two cars that require a love of old race cars; the Buick powered Old Yeller ll and the “Monsterati” Special.

Race Group 4A is for 1957-1965 GT Cars over 2.5 liters. Loud and fast! These guys slide or drift the turns throwing dust and gravel behind them. They include Lynn Park and the “Park Gang’s” 289 Cobras, a bunch of Shelby GT350s, Walton’s Cobra Daytona Coupe, Erickson Shirley’s Ferrari 250 GTO and Jeff O’Neill’s Ferrari 250 GTO. Then for added Italian spice, watch out for Iso Grifo Lusso GT and a Bizzarrini 5300GT Strada. 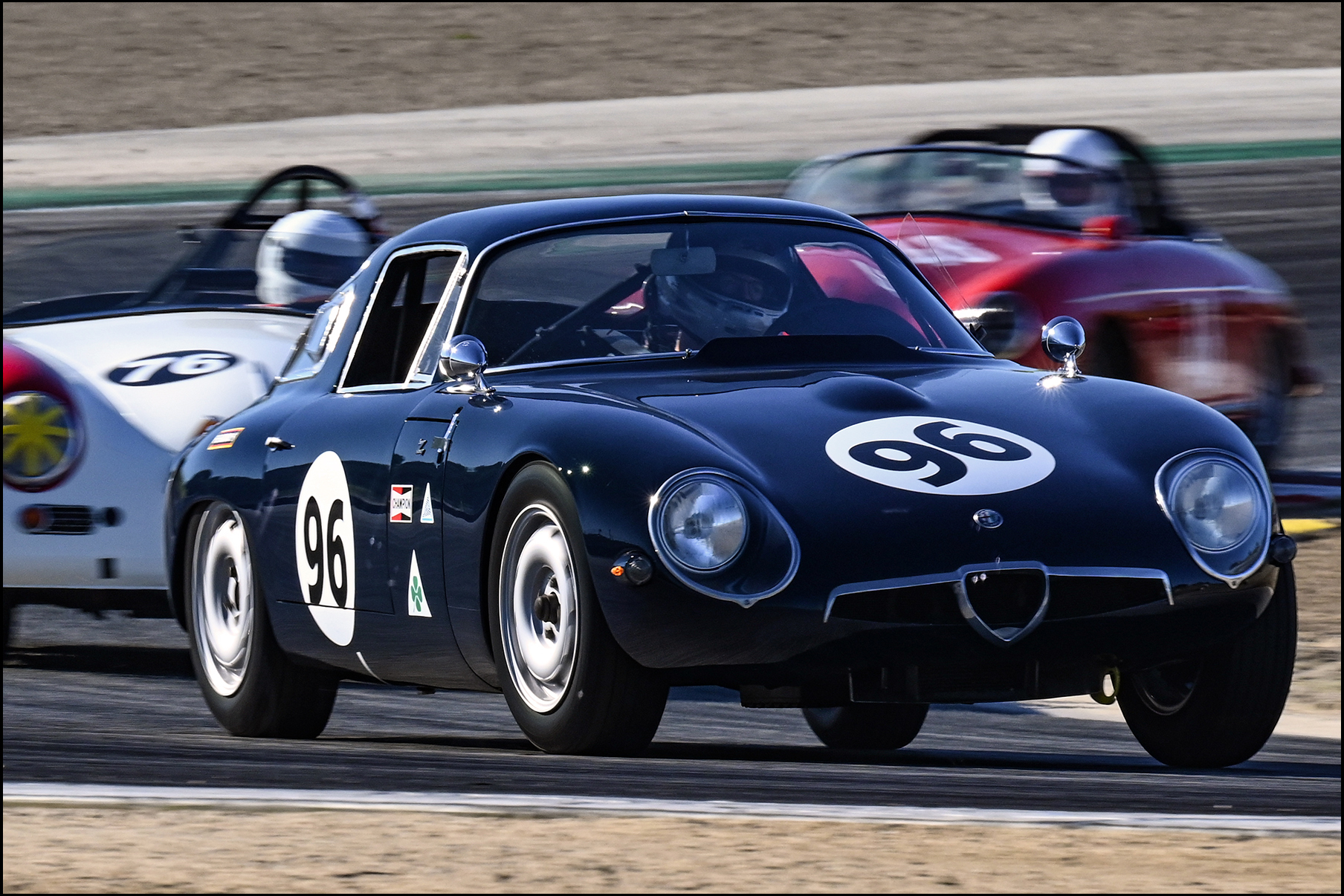 Race Group 4B is for 1957-1965 GT Cars under 2.5 Liters. Two Alfa Romeo TZ cars will mix it up with Porsche 356s, Porsche Abarth Carreras and Alfa Romeo Giuliettas. Quick and exciting to watch and hear.

Race Group 5 is 1962-1972 FIA Prototypes & SCCA Sports racing cars. A cross section of racing cars from the distant past. Fast cars built to race on legendary European tracks or American shorter tracks. But all built for all-out go. As an American-built special, there is McGarry’s Genie Mk.10. There will be a number of Porsche race cars in this group from a 908/2 and 908/3 to a 910, 908 and 906. A Ferrari 312PB will be on track along with several British built Lotus and Elva cars.

A Visit to the Torino Auto Museum

Should I Contact My Lawyer After a Car Accident?