What do Joe Biden, Barack Obama, Elon Musk, and Bill Gates have in common?

Dozens of high-profile verified Twitter accounts were hacked on Wednesday, seemingly to push a cryptocurrency scam that may have netted upwards of $100,000 in a matter of minutes. These kinds of scams are old hat on Twitter, but never have so many prominent accounts been taken over at once.

To stem the tide, Twitter took the unprecedented step of suspending all tweets from verified accounts.

Several victims of the hack said they use multi-factor authentication to protect their accounts, but that security feature was of no use. Instead, the sheer volume of hacked accounts suggests a problem with Twitter itself. A company spokesperson said Twitter is “investigating and taking steps” to address the incident.

While the hack at first glance seemed to be part of a Bitcoin scam, there could be another motive. Any hacker who can tweet from an account will also be able to read private direct messages.

The hacking of a presidential candidate and the potential breach of private communications echoes the 2016 race, when emails from Hillary Clinton’s campaign and the Democratic National Committee were leaked by Russian government hackers. President Donald Trump, Twitter’s most famous user, has not been affected by the incident. 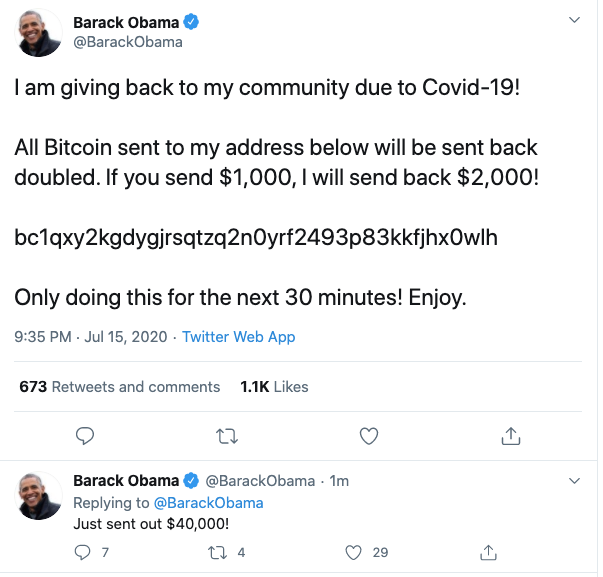 Takeovers first began late in the afternoon US Eastern Time against primarily cryptocurrency-focused accounts like the trading platforms Coinbase, Gemini, and Binance. The impact spread quickly after that.

Did you miss our previous article…
https://www.mansbrand.com/a-new-rx-ai-for-operations-in-health-care/

Crocodiles’ ancient ancestors may have walked on two legs

The Download: Russia may resort to even more desperate tactics in Ukraine, Biden has warned