These are the closest images of the sun ever taken

It’s been a banner year for solar observations so far. The Daniel K. Inouye Solar Telescope in Hawaii presented some of the best images ever taken of the sun, showing us a caramel-like surface where individual cells of plasma ooze up and down hypnotically. Not to be outdone, the ESA-led Solar Orbiter mission has just released its own first images of the sun. Though perhaps not as surprising as DKIST’s, they are nonetheless the closest images of the sun ever taken, from just over 47 million miles away (about half the distance from Earth to the sun).

The new images show a landscape of constant stormy activity emanating from the sun’s corona (atmosphere), revealing features that are just 250 to 310 miles across. In particular, the images reveal the existence of miniature, “campfire”-like solar flares near the surface. “We haven’t been able to properly see them before, so it’s really exciting,” says David Long, the co-principal investor for the mission’s Extreme Ultraviolet Imager instrument (EUI). 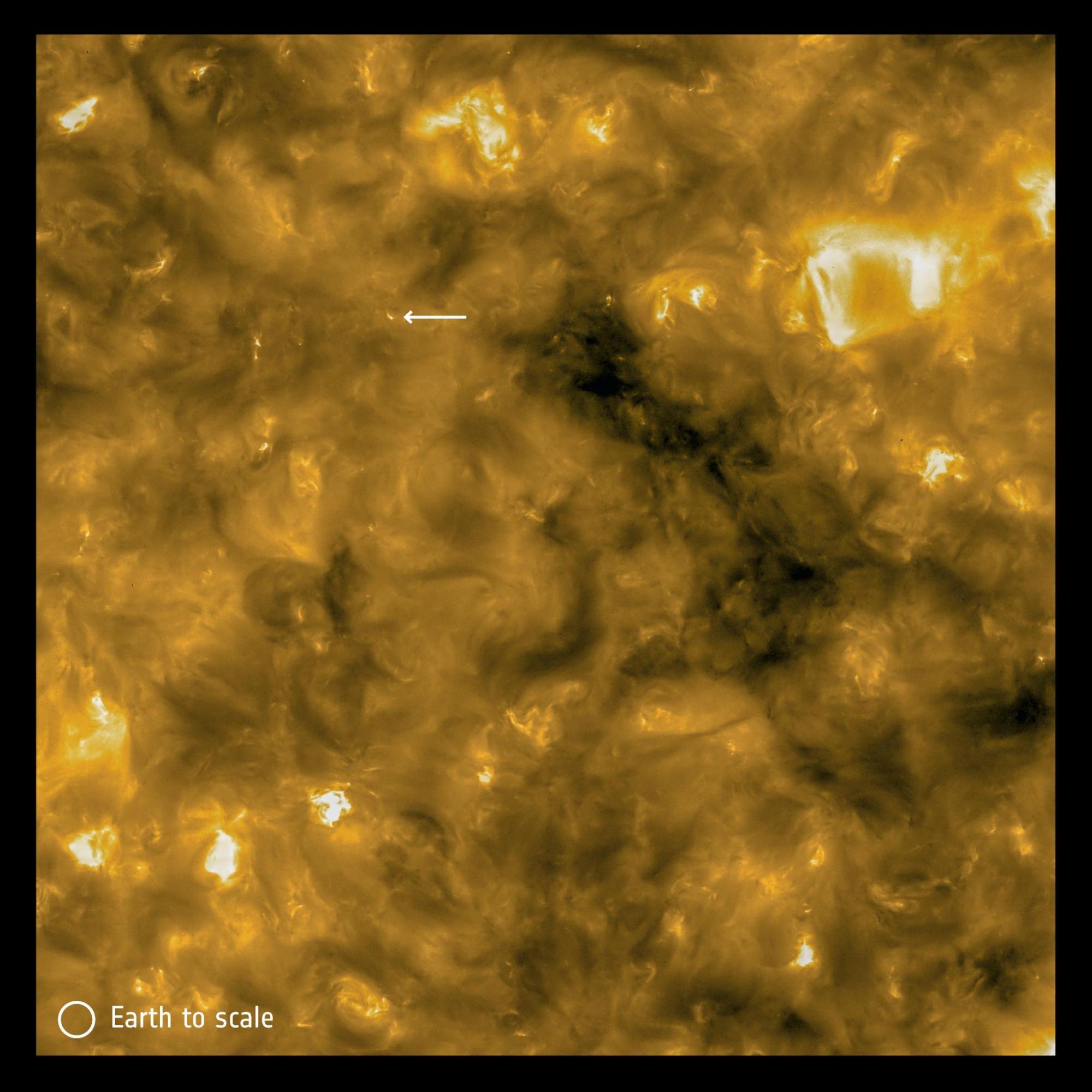 One of the most pressing questions that has always confounded scientists is the coronal heating problem: why the sun’s atmosphere (over 1 million degrees Celsius) is so much hotter than its surface (about 5,500 degrees Celsius).

The new observations suggest the heating might be caused by numerous small events happening all over (i.e. the campfires), all releasing energy that torches the corona and collectively raise the atmospheric temperatures.

More data will be required to prove this is how corona heating works, “but it’s a very promising first set of observations,” says Long.

Solar Orbiter was launched on February 10. It is fitted with 10 different instruments, including six telescopes that peer directly at the sun and measure it across several different wavelengths, and four instruments that monitor the environment around the