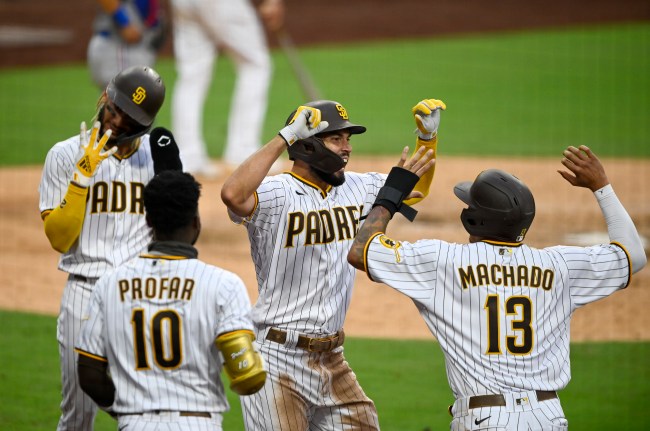 The San Diego Padres have made history with their gland slam streak.

On Thursday night, Eric Hosmer hit a grand slam in the fifth inning against the Texas Rangers, making the Padres the first team in MLB’s 125-year history to hit a slam in four straight games.

What a weird, random, beautiful sport this is. pic.twitter.com/YPXcd8Eyz1

The Padres’ grand slam streak started with Fernando Tatis Jr.’s controversial homer on Monday when he blasted a 3-0 pitch while his team leads by seven runs.

Tatis’ grand slam angered the Rangers when he violated the “unwritten rules” of baseball and he eventually apologized for hitting the homer.

Fernando Tatis was asked how difficult it is to not swing at a good pitch on 3-0: pic.twitter.com/pAn5TCoxiW

The Padres have since gone on to hit a grand slam against the Rangers in every game since the Tatis Jr. altercation.

No team has ever hit a grand slam in 4 straight games until NOW.

Keep Them Cool and Covered: A Face Cover They Will Actually Wear