Robert Blackmon of Los Angeles is a heavy truck owner/operator and about as nice a man as you’ll ever meet. His automotive passions have always leaned toward foreign cars.

He loved the Citroën SM at first sight, appreciating its design and advanced features, vowing to own one someday. That day came in 1982 when he bought a ’72 SM from the late Gerald Wiegert of Vector Aeromotive fame. 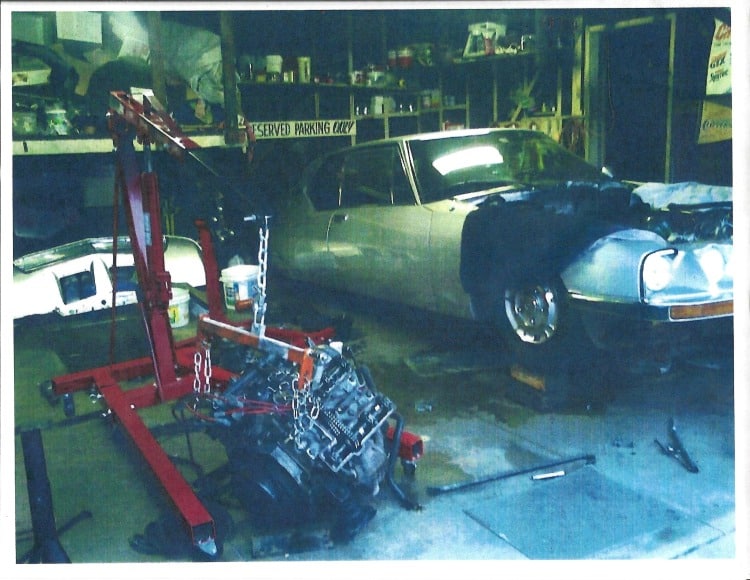 The Maserati DOHC V-6 engine was damaged, and the car was a non-runner, but the price was right. In his home garage, working alone with very average hand tools and a cryptic shop manual, he took the car apart and commissioned a “cut corners” engine rebuild. That engine lived for nearly 80,000 miles but grew tired, so Blackmon decided the next disassembly would be a more proper restoration — including an exterior color change to the current silver — and a top-quality engine overhaul. Blackmon credits SM World guru Jerry Hathaway with “parts, machine work, and tons of good advice.”

Blackmon’s SM has now covered around 200,000 miles and, save for the patina of use and enjoyment, drives beautifully.

What made this self-taught home mechanic believe he could restore and maintain such a complex French-Italo hybrid full of cams, carbs, and a high-pressure hydraulic suspension and brake system? “It’s still mechanical — that’s the difference,” reflects Blackmon.

“There are no sensors or computers. It’s a highly detailed but very mechanical car, so I just figured it out. It required basic tools, good advice and patience — Lots of patience.”

Why? It’s unlikely that we’ve answered the question of “why” people take on seemingly insurmountable cars, which is somewhat akin to asking why someone would climb Mt. Everest and risk financial ruin, frostbite, injury, or death.

Those motivations are often very personal and sometimes emotional — but every enthusiast can look at a forlorn vehicle through the proverbial “rose-tinted glasses” and see it straight and sparkling once again, and that’s the real crux of the matter.

What immediately impresses you most about the SM driving experience is the ride quality. Supple, smooth, and ultra compliant courtesy of a sophisticated hydraulically managed suspension (and braking) system that soaks up most anything the road can throw at it – speedbumps become a mere suggestion to slow down. Highly effective, but something that takes a bit of getting used to is the brakes. The SM has no mere “brake pedal” — neither hung from the dash nor levering up from the floor. Instead, it’s a black, rubber-covered “button” for lack of a better term, about three inches in diameter, and a couple of inches tall, mounted on the floor about where you’d expect to find a conventional pedal pad. The system offers some modulation, and the well-calibrated foot can manage it. But the high-pressure hydraulics make the button pretty sensitive, and the hamfisted (or footed) driver will look to be panic-stopping all the time.

The SM’s aerodynamics are superb, with a near race car-like 0.28 coefficient of drag, so slippery in the wind, and quiet inside. The cabin design is very modern, almost concept car-like, and quite comfortable. There’s great room for four and a large glass hatch canopy aft for plenty of luggage space (and, unfortunately, solar heat loading inside). The car handles nicely too and would be a great way to tour the Continent in style and comfort.

Perhaps President John F. Kennedy unknowingly summarized this automotive “leap of faith” notion during his famous 1961 speech announcing that America would fly man to the moon, and safely home again. He said:

Did you miss our previous article…
https://www.mansbrand.com/auction-las-vegas-style-first-day-at-the-all-new-west-hall-brought-exciting-sales-and-the-full-barrett-jackson-experience/

Lamborghini Opens Qualifying for Round 3: Nürburgring

Go from Drab to Dramatic with Swisstrax Modular Flooring