The Heritage of Rolls-Royce Black Badge

Rolls-Royce has always offered countless opportunities to push boundaries, challenge the norm, and to redefine what’s possible. The desire for self-expression is one of the primary reasons that clients keep coming back to the marque.

The Rolls-Royce Black Badge series of motor cars brings this to a whole new level. Since the marque’s inception, the history of Rolls-Royce is filled with examples of individualism, iconoclasm, and even outright rebellion that continues to shape and form the marque and what they offer to their clients.

Despite the contrasting backgrounds of the company’s founders, they were both able to successfully challenge the norms and conventions of their time and were successfully able to overcome mediocrity.

Henry Royce faced a lot of initial challenges in life: poverty, deprivation, and lack of formal education. He was able to overcome all those challenges, became a renowned engineer, and eventually created ‘the best cars in the world’. He was eventually knighted for his achievements.

On the other hand, The Hon. Charles Stewart Rolls was born an aristocrat and studied in Cambridge. It wouldn’t have been surprising if he lived a life of ease and privilege, and it was expected of him at the time. His interest in engines, with early motor racing and aviation, however, led him to become a pioneer in both.

In modern times, they would be called ‘disruptors’, visionaries that change the world by daring to do things no one else would. It is not a surprise that with their innovative and rebellious nature, the marque has always attracted clients with the same nature.

In 2016, Rolls-Royce motor cars launched the Black Badge family. It was the epitome of the company’s individualism, creativity, self-expression, and iconoclasm. There is practically an unlimited number of options that the clients can choose in terms of exterior finishes. Despite the unlimited options, however, one color has always stood out for clients in terms of allure and strength: Black.

Black has always been seen as intense and substantial. It exudes power, strength, and authority and it also means elegance and confidence.

In the marque’s long history, there has been a lot of notable, bespoke Rolls-Royce motor cars that was given a black finish. The three examples have made their mark in the marque’s history, clearly showing how the owner completely owned and personalized an all-black theme. 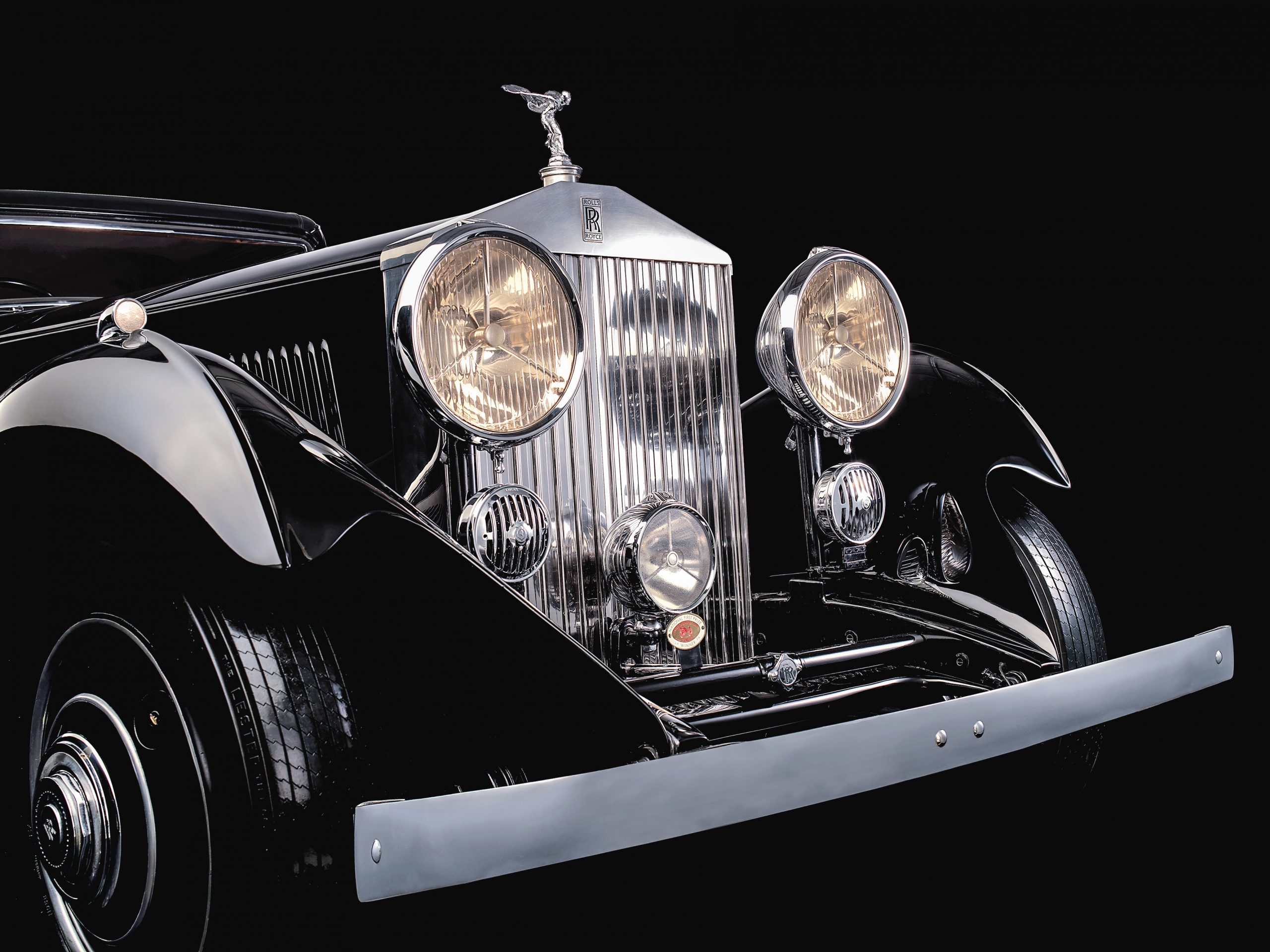 In 1930, designer Ivan Evernden designed an experimental Phantom II Continental at the personal request of Henry Royce. It was made specifically for long-distance Continental touring. It was given a short chassis matched with close-coupled four-seat saloon body and named 26EX. For optimum weight distribution, it had two spare wheels placed vertically at the back of the luggage compartment. Barker & Co made the coachwork placed on a subframe that was made to cope with sustained high speeds, and powerful braking forces.

Evernden and Don Carlos de Salamanca took the car on its first outing to a concours d’elegance in Biarritz where it claimed the Grand Prix d’Honneur. After this victory, Rolls-Royce launched a ‘series’ model using the same mechanical features and overall coachwork dimensions as the 26EX. This gave the coachbuilders and owners freedom to accommodate their own design tastes.

The 94MY is one of the first cars. It was built in 1933 for Mr. Samuel Coxhill and was given an ‘Owen Fixed Head Coupe’ bodywork, made by London coachbuilder Gurney Nutting. It was given flush-fitting direction-indicators behind the side windows, twin windscreen wipers, and adjustable front bucket seats, which, at the time, were very unusual. The upgrades were made to give a more relaxed, long-distance Continental touring. 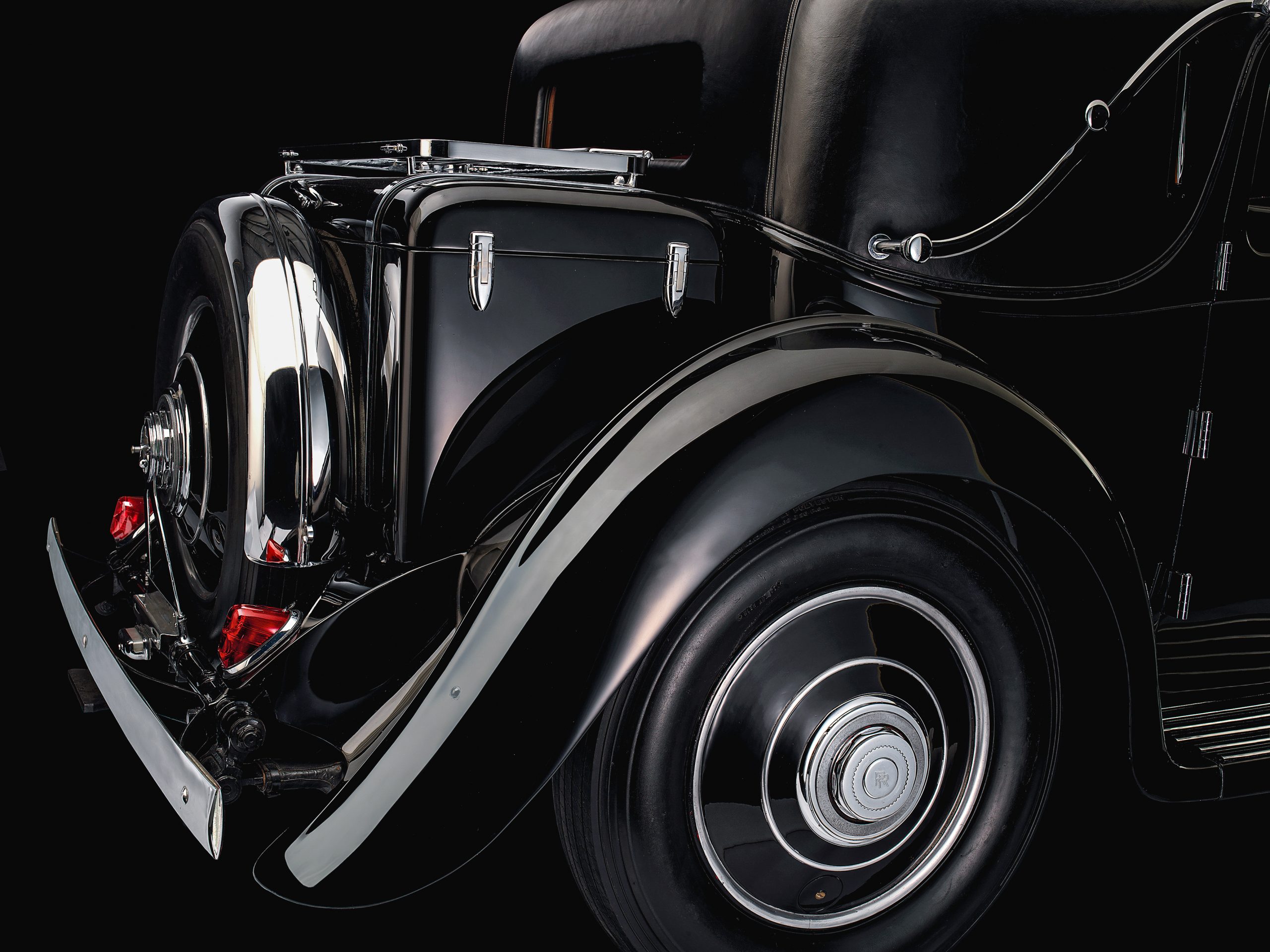 Did you miss our previous article…
https://www.mansbrand.com/surprise-zac-brown-band-headlines-2016-scottsdale-opening-night-gala-a-50-facts-favorite-memories-features/

Buying a Used Truck? These 5 Rule the Worksite