The world’s most prestigious celebration of the automobile occurs every August on the Monterey Peninsula in California. From hearing the whaling shriek of a Formula 1 car to a gavel hammering the winning bid of $48M for a 1962 Ferrari, one could say there are extremes in every direction you look (and listen).

Yet ultimately, the cream that rises to the top over the 9 days of insanity are the car shows that highlight the world’s best in automotive history. Yes, “single marque” shows exist for makes like Porsche (Werks Reunion) and Ferrari (Concorso Italiano). But to truly “experience Monterey”, I have selected three requisite events, each having distilled something unique, and thereby earning membership to what I refer to as the “Triple Crown”. 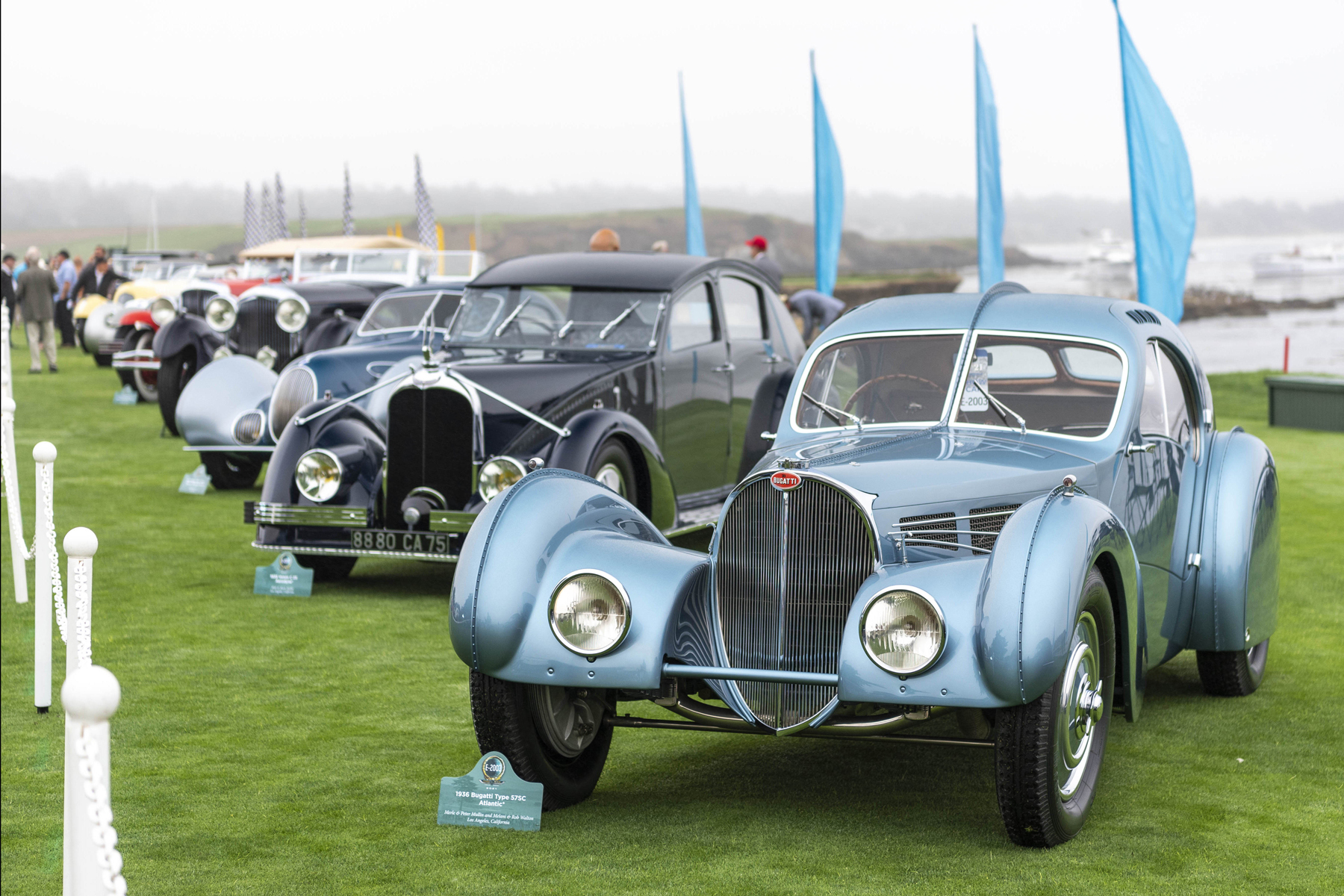 Concours on the Avenue in Carmel

We start on Tuesday with the best downtown car show anywhere; Concours on the Avenue. It started in 1987 when Atlanta car enthusiast Doug Freedman was on vacation with his wife Genie visiting Carmel CA. Standing on the corner of Lincoln and Ocean Ave, he peered up and down what is considered by many to be the most charming street in America, and thought “what a beautiful place to have a car show”.

His friends and associates all sang the same song; “You’ll never be able to do it.” But after 5 years of negotiations with the city, approval was finally granted in 2006 for a show the following year. With last year’s date canceled, I was especially eager to return for what would be the 14th “Concours on the Avenue”.

Looking at packed streets and smiling faces, I can attest to stating that what Doug and Genie have created is far beyond a“cars on Main St.” event. 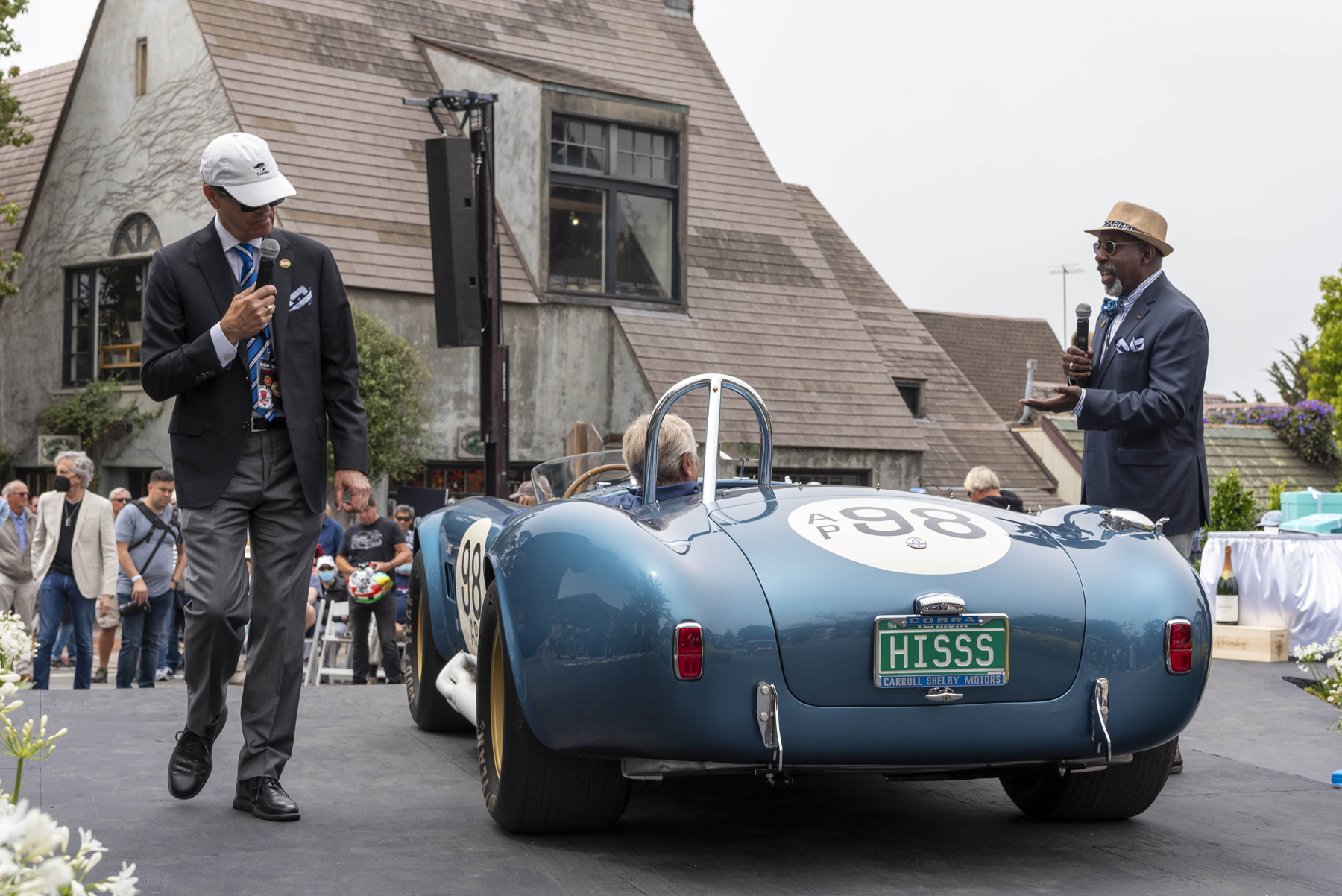 Concours on the Avenue judges Ed Justice Jr. (left) and Donald Osborn (right), both well-known personalities of the classic car world, discuss the unique features of the Shelby Cobra at the awards stage. © Rex McAfee

First and foremost is the underlying theme based on the show’s motto: “Sophistication with a dash of fun.” A former national president of the Ferrari Club of America, Doug knew all too well the serious nature of judged car shows, so his first order of duty was to ensure people enjoyed themselves.

Provided to every entrant are chairs placed next to their assigned parking space. This encourages owners to stay by their cars and facilitates many a conversation with enthusiasts walking by.

In some cases, hours of storytelling ensure which is far more memorable than just walking by another “perfect Porsche”. Attendance is free (no typo) and proceeds go to the Carmel Foundation which supports local senior citizens, so combined with the jovial atmosphere and charm of downtown Carmel, you could say Doug has created the perfect show for all. 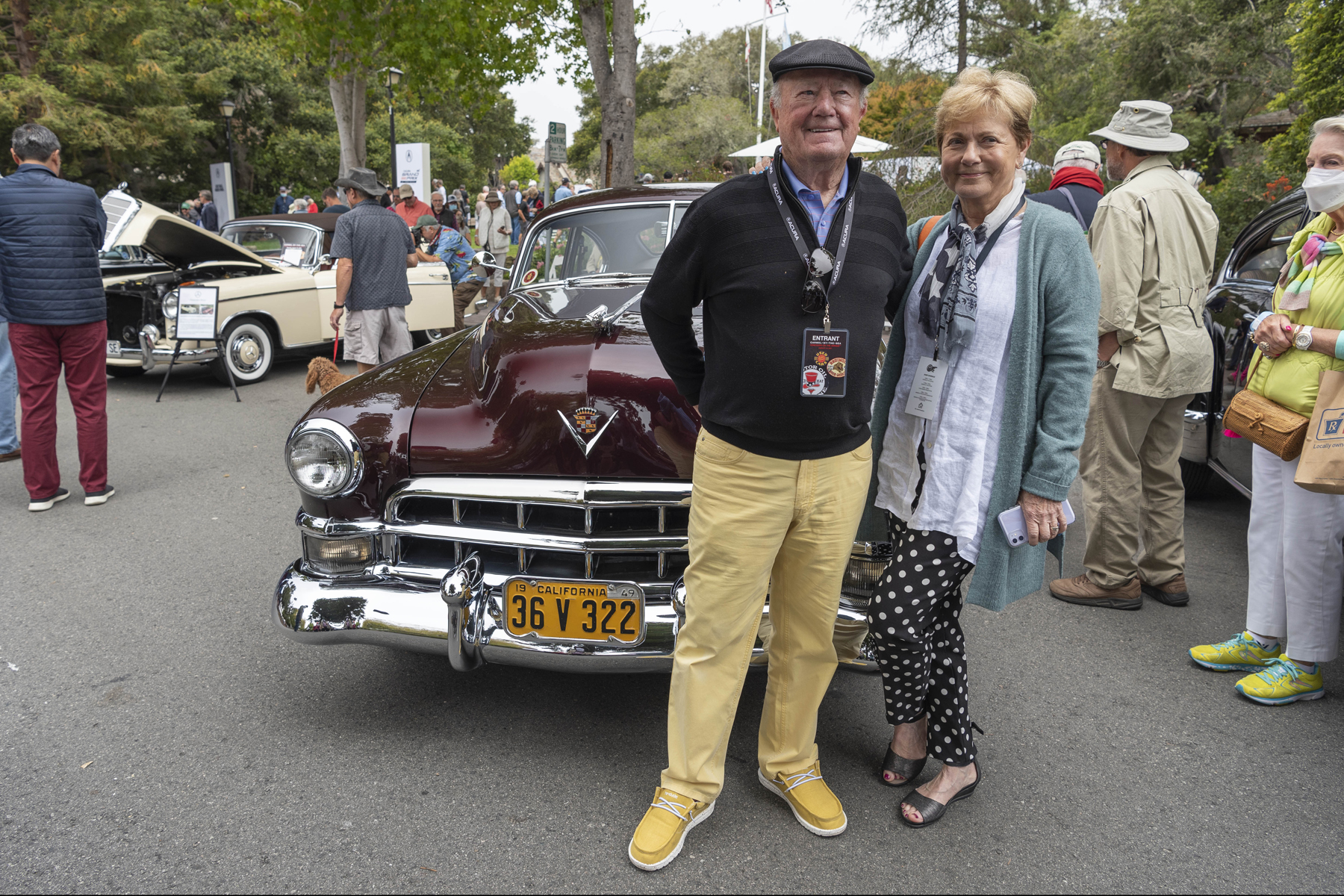 The owners of this 1949 Cadillac Series 62 Sedanette were gracious with their time answering lots of questions from enthusiasts walking by. © Rex McAfee

The Quail: A MotorSports Gathering

Most Frequent Types of Car Accidents in San Diego