The Shelby American Automobile Club arrived at the historic Sonoma Raceway on the weekend of July 31st, 2021, for the national club convention. A once a year event held at a different road race venue every year, the Shelby Club puts on a celebration of all things Shelby Mustang, Cobra, GT40, King Cobra, BOSS 302 and everything related.

An occasional Ferrari or Camaro sometimes sneaks in, participates, and leaves unmolested. Celebrities and semi-celebrities are often seen at the track and make appearances at the banquet.

The organizers do not seek publicity, and this event is usually not covered by the media. Outside of Shelby club members, it is not as well-known as similar vintage auto events—but it deserves to be.

This is a fabulous weekend of vintage racing, open track driving, a car show, a drag race, a Concours, a banquet, and a visit to a great Cobra/Shelby museum, The Cobra Experience. It’s also open to the public for spectators. Here are the highlights. 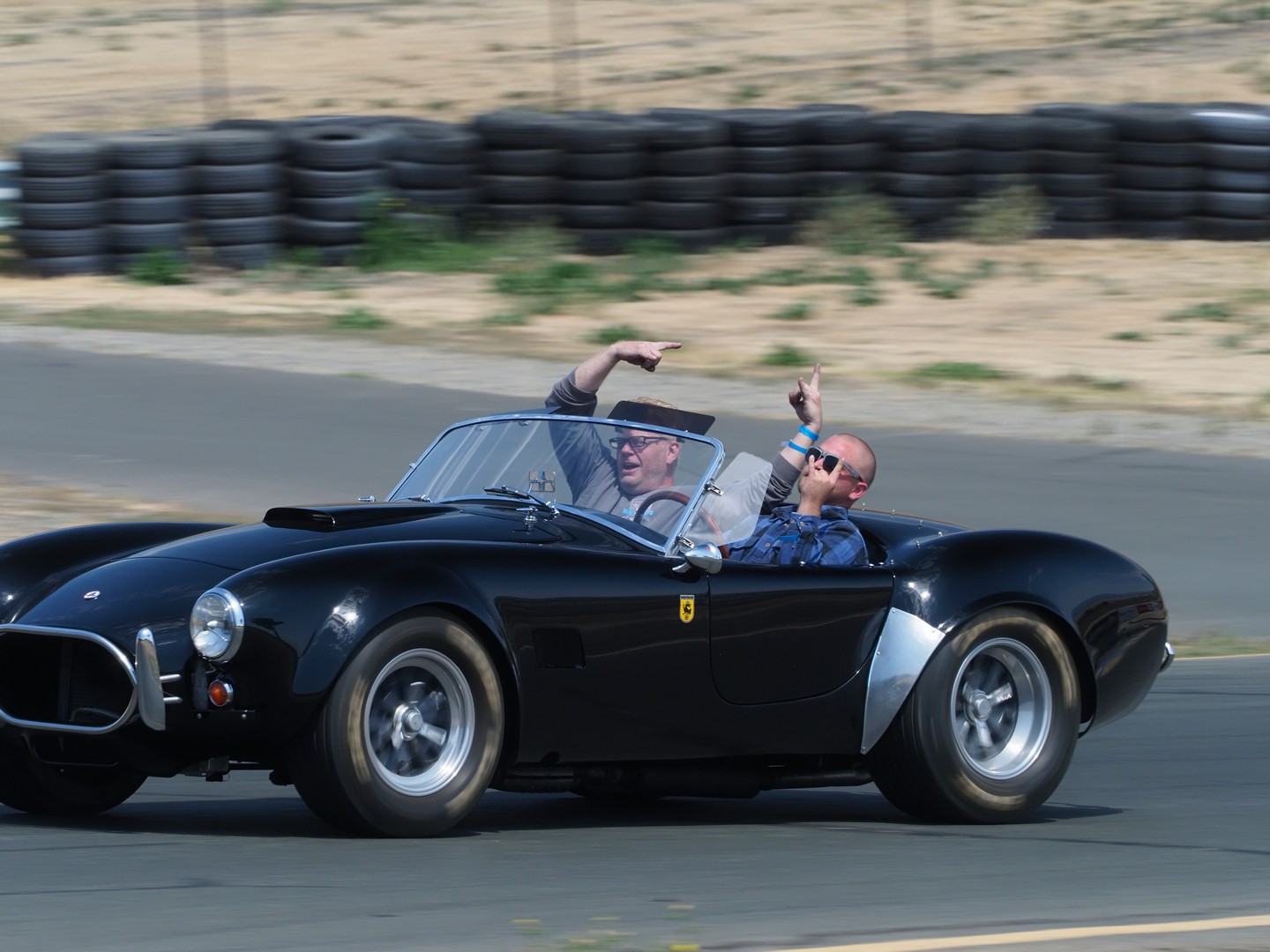 SAAC 46 in Sonoma was the prelude to Monterey Car Week. The Pre-Historics at Laguna Seca began the following weekend. It attracted a number of significant original race cars, including an early 289 Cobra, a one-of-two GT40 lightweight prototype, the Essex Wire “R” Model GT350, the unrestored Howard Pardee “R” Model, a Shelby King Cobra, and an early prototype of the Shelby GT350.

Chuck Cantwell—manager of the GT350 race shop where all 36 racing “R” Model versions were built in the 1960s—roamed the track and the convention hotel. I missed out on his photo at SAAC 46, but here he is behind the wheel of #003, the first GT350 street car, with Peter Brock leaning on the door at the start of the Pebble Beach tour in 2014. 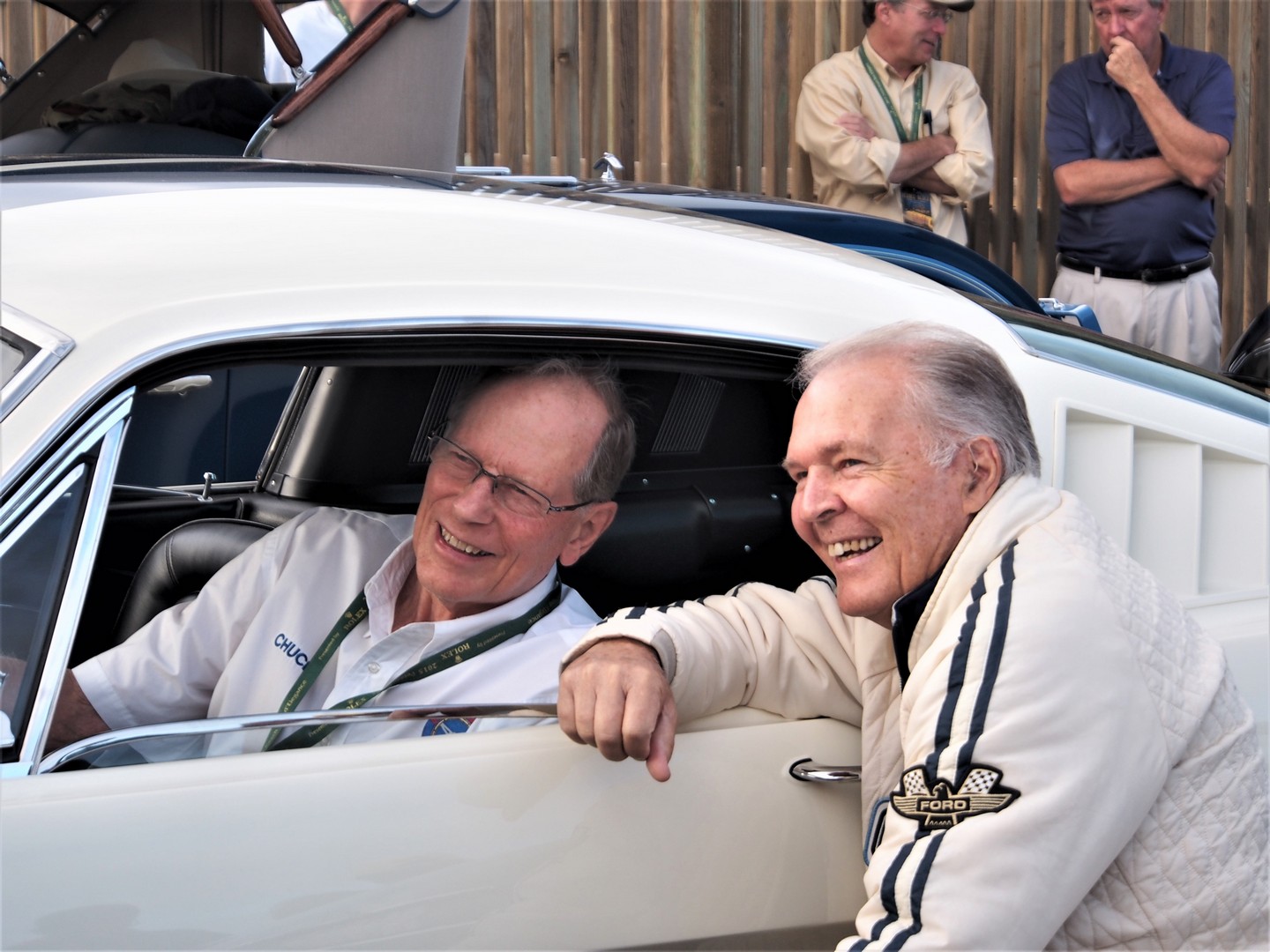 Peter Miles, son of the late Ken Miles—the incredibly talented Shelby race driver who SHOULD have won LeMans in 1966—made a presentation and fielded questions at the banquet about his life as Ken’s son. He also shared his thoughts on the film Ford vs. Ferrari, his experiences with Ford executives involved in the GT40 racing program, Carroll Shelby, the Ford GT40 racing team and their adventures, and his father. 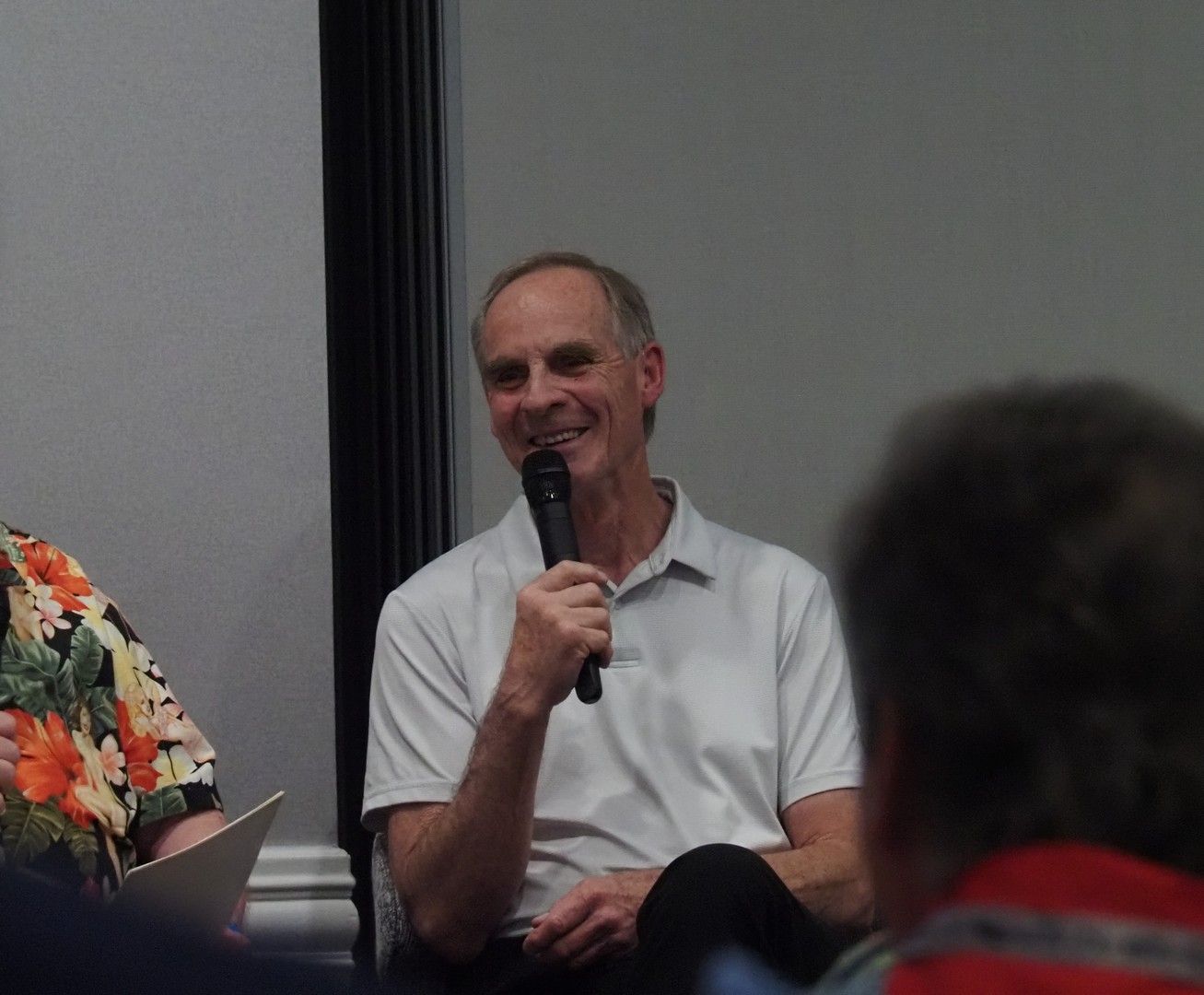 Rick Kopec, RIC (“Roastermaster In Chief”), tap-danced on Howard Pardee for nearly half an hour. Howard must be used to playing doormat. He’s a good sport.

That’s it, Rick. Look into the camera. He practically melted the camera sensor with that intense gaze.

Inside the Judges Room at Pebble Beach