Jeffrey Gum remembers his early-career surgeries with wonder. “We dissected a lot of muscle off the bone,” says Gum, an adult and pediatric spine surgeon at the Norton Leatherman Spine Center in Louisville, Kentucky. That resulted in “more blood loss than we’d prefer and big reconstructive surgeries.” With a traditional, open surgery, a patient could take six months to a year to recover.

At that time, in the early 2010s, Gum was skeptical about the value of robot-assisted surgery (RAS), which promised to widen access to the benefits of minimally invasive procedures—less bleeding and scarring and less recovery time in the hospital. “I felt the technology wasn’t advanced enough to be applied in spine surgery—the nerve roots, the spinal cord right there.” 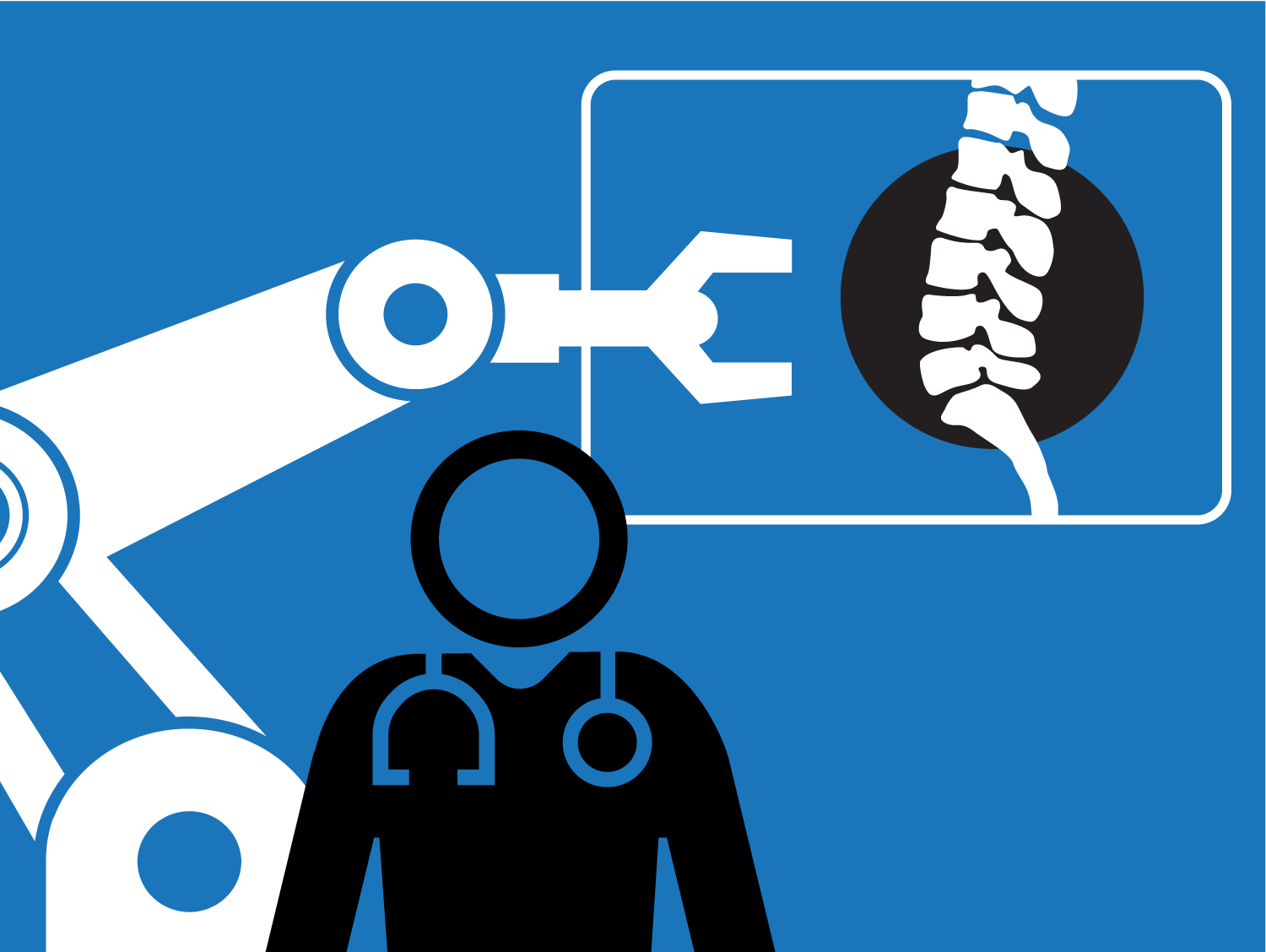 But in 2017, Gum started to look at RAS, also known as robotic surgery, from a process point of view. He recognized how much in spine surgery is consistent and reproducible; RAS could help streamline his procedures while reducing waste. “This technology is really going to change the shape of our operating room,” he said. “I wanted to be a part of that.”

Using RAS, Gum says his procedures are less traumatic to the body, more precise, and more predictable, and his patients are getting up and walking much sooner after surgery, compared with traditional, open spine surgery.

Like Gum, surgeons around the world have come to realize that RAS offers many health-care advantages for the future—even though there hasn’t been widespead adoption. That may be changing, though, as advancements in technology and design are addressing effectiveness and raising the bar on system intelligence. And several studies have shown that frequent use of RAS for an expanding number of surgeries could boost its long-term value. Looking ahead, remote RAS—with a surgeon operating on a patient potentially thousands of miles away—could lead to wider access to high-quality surgery around the globe.

revolution decades in the making

RAS is far from new. The first procedure was in 1985—a neurosurgical biopsy using a PUMA 560 robotic surgical arm. But the US Food and Drug Administration didn’t clear an RAS system for use until 2000. Two decades later, the market for RAS

Inside the risky bat-virus engineering that links America to Wuhan