In just a few weeks, The Scottsdale Auction will begin and a lineup of great concours-standard restorations – and a rare and very special ‘barnfind’ Mercedes-Benz 300S Roadster – will be on offer at the Westin Kierland Resort on January 27, 2022.

Only 141 examples of the roadster version were created of the post-war flagship model 300S making it a really special example. This diamond in the rough spend a lot of decades off the road and is being offered as is. 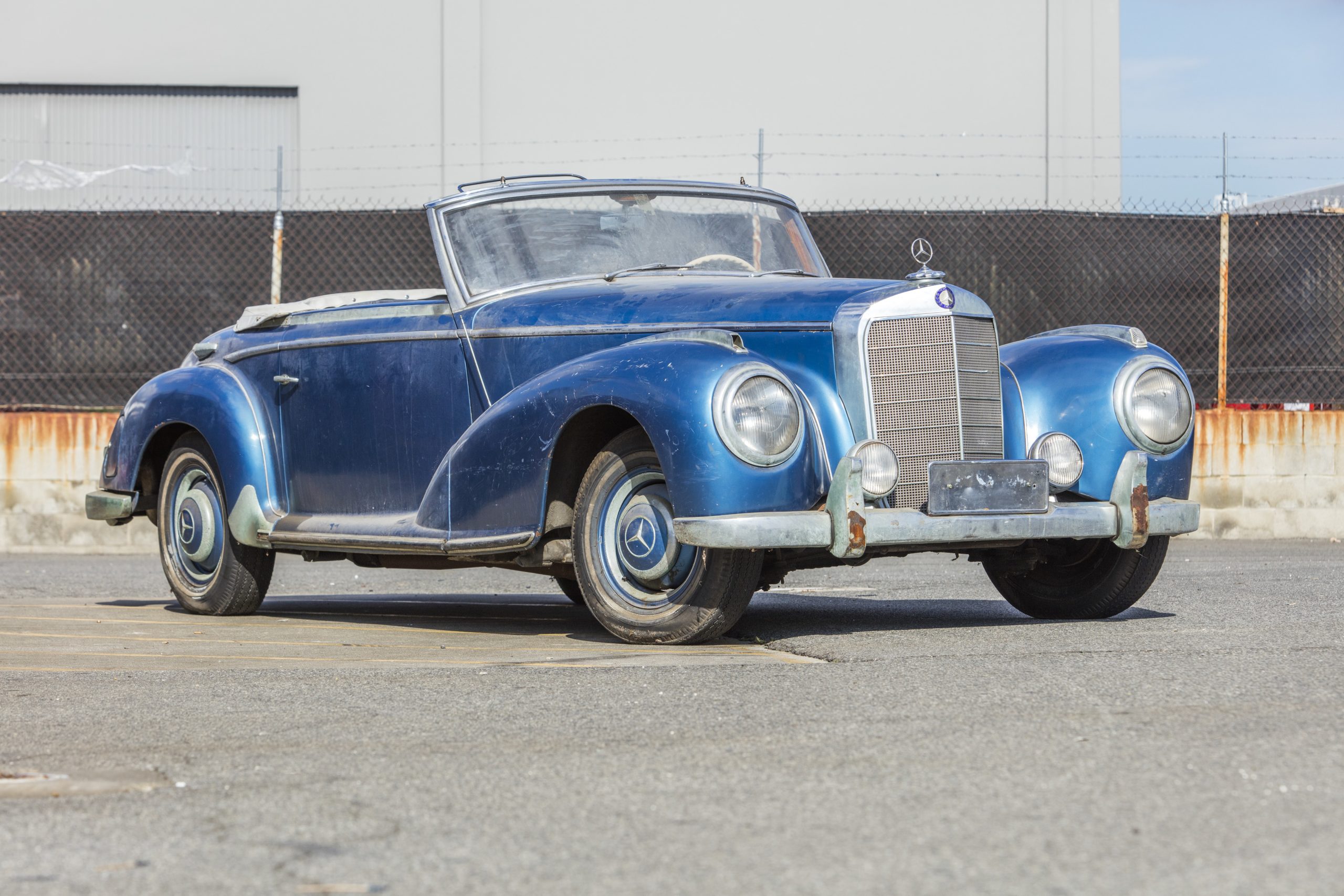 As a sign to the great craftsmanship of the hand-built example, the motorcar has been kept mostly original, even having a matching numbers engine and coachwork. It has even kept its original burr walnut trim, as well as its factory-fitted Becker Nürburg radio. It is a rare chance and also a great restoration project for any collector to bring back this example to its former glory. The 1953 Mercedes Benz 300S Roadster is estimated to be worth around $375,000 – $475,000. 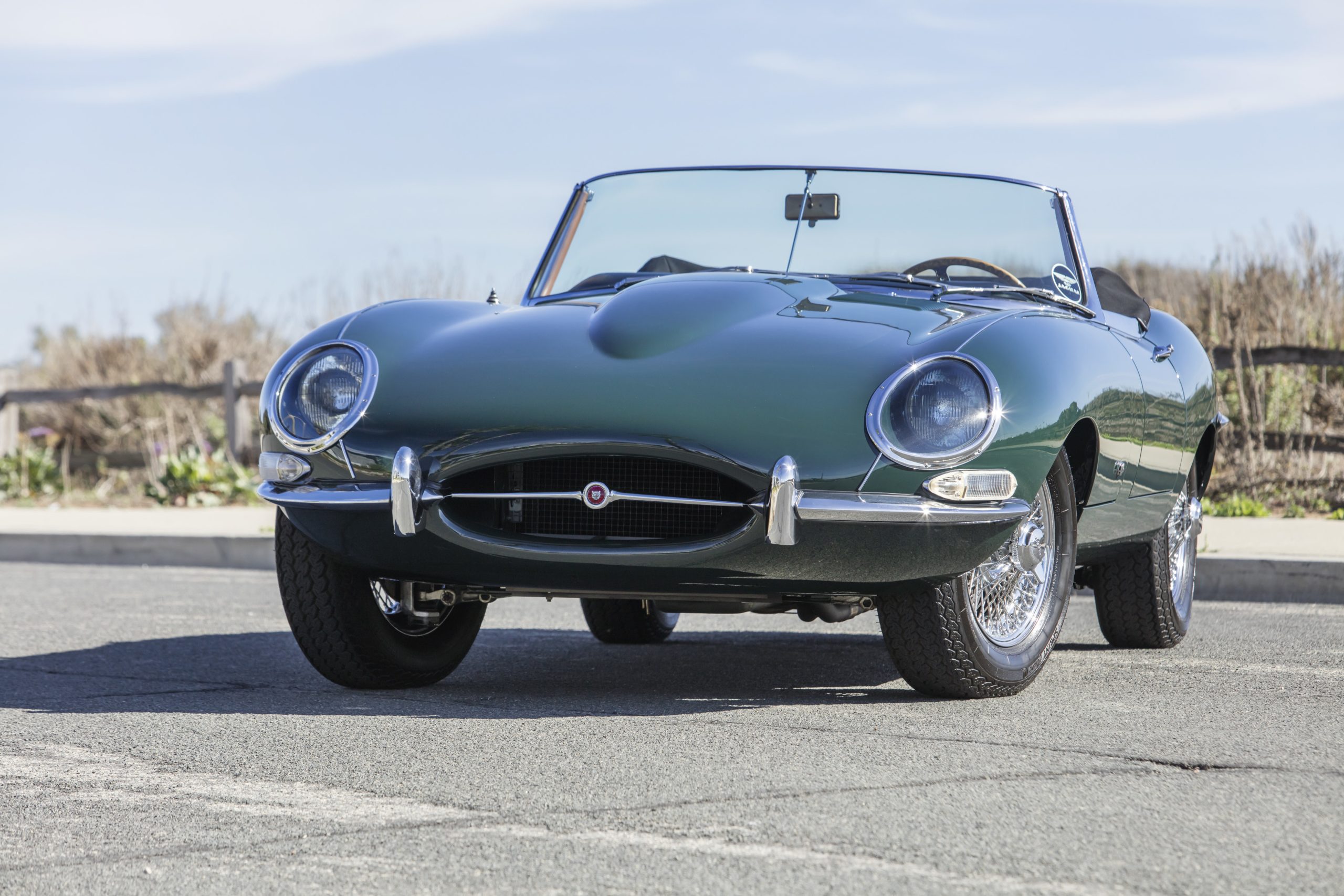 Leading the group of the concours-ready examples is a 1961 Jaguar E-Type Series 1 ‘Outside Bonnet Latch’ Roadster. Enzo Ferrari himself described the E-Type as the ‘most beautiful car. When it launched in 1961, the Jaguar XKE (E-Type) was an instant hit. It had the best of both worlds, gorgeous and elegant design with a performance to match.

The example on offer is one of the highly coveted early model examples that is very rarely available. It is a ‘flat floor’ Series 1 which have distinct external bonnet latches.

Back in 2007, it was given a bare-metal restoration from headlights to tailpipes. It was during this time that it was given new tan leather interior with the color changing from plain cream to classic British Racing Green. It has kept its original matching number 3.8-liter, triple carburetor ‘S’ engine delivered as a left-hand drive. The example is estimated to be around $380,000 – $480,000 and it will be a great addition that serious collectors should definitely not miss. 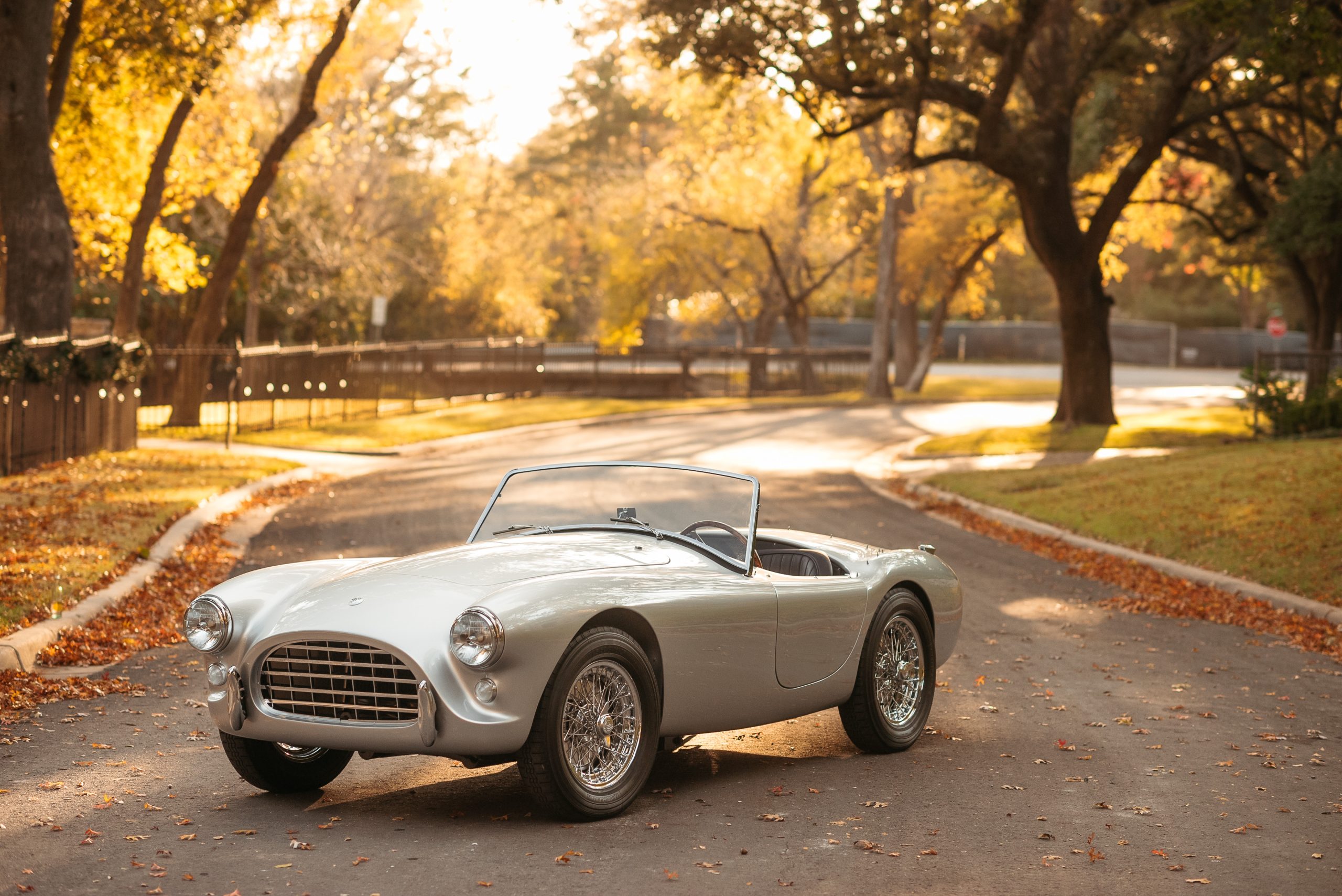 Another example restored to concours standard is the 1958 AC Ace Roadster. The example is part of a prominent US-based collection of show winners. The Ace is also multi-awarded example itself having won a lot of trophies at major Concours events since its post restoration debut at different Concours d’Elegance events.

It is a left-hand drive example in special-order metallic bodywork on dark blue leather trim. The example was delivered through AC’s French distributor, Chardonnet, to its first owner, Captain Glickstein, a USAF pilot who then brought the example back to the US.

The Ace has kept its original aluminum bodywork and matching numbers engine. Renowned AC marque expert Kevin Kay Restorations (KKR) from Redding, California did the excellent restoration on both the bodywork and the engine worth $400,000.

“This is a very special gathering of the most