“Staying current” in the automobile industry is no easy task, especially when your first responsibility is to preserve the past. Nevertheless, the Petersen Museum continues to do “just that” as shown by hosting the recent discussion “Future of Motorsports”. Held during the Velocity Invitational at Weathertech Raceway Laguna Seca, the sold-out evening was a true success for a variety of reasons. Yes, there was a cocktail hour on the patio overlooking the Minis and Mustangs racing below; definitely entertaining. Hors d’oeuvres and dinner were also scrumptious. But more importantly, we were privileged to listen to industry leaders discuss what’s around the corner in the world we live and breathe; motorsports. 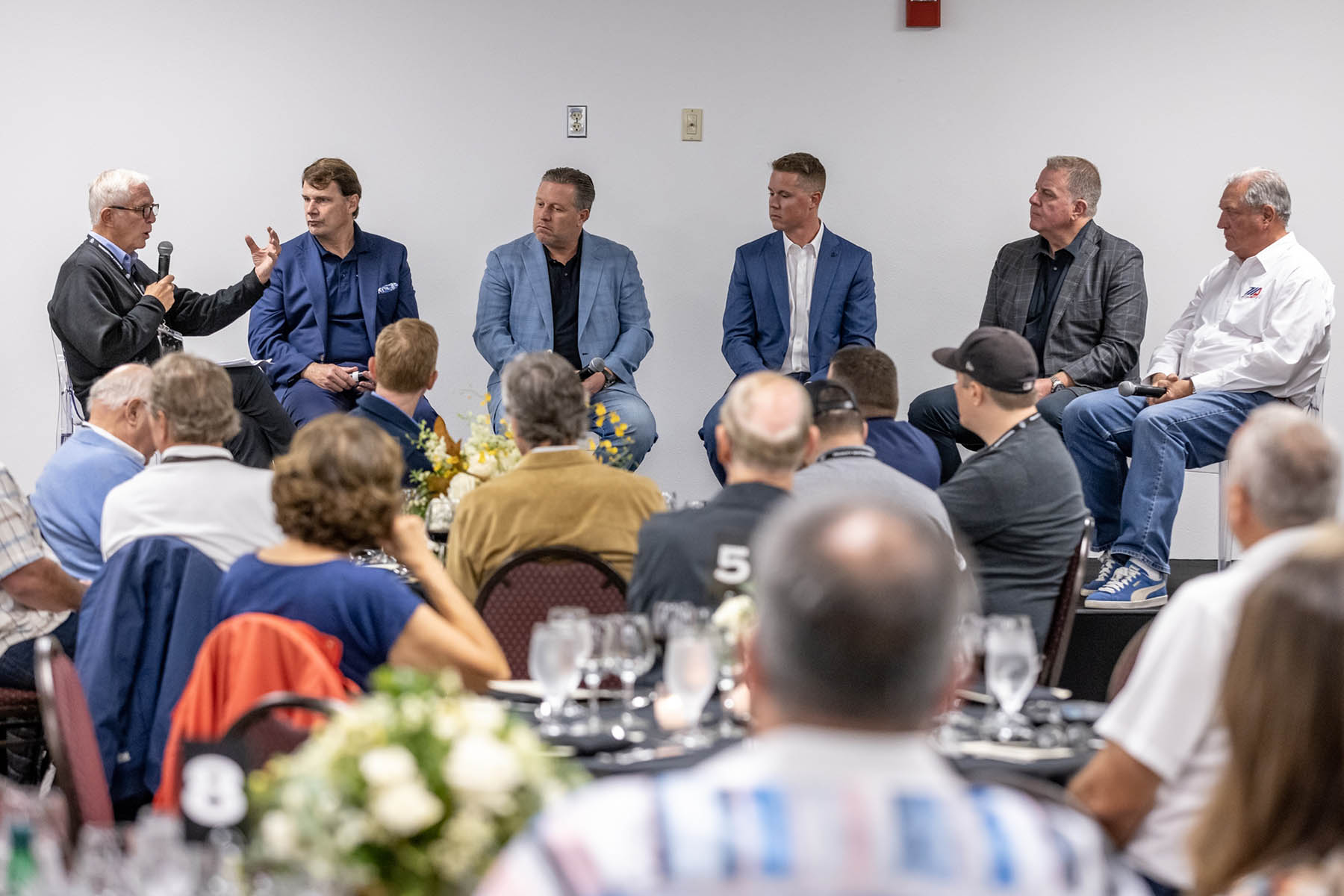 And who better to moderate the evening’s dialogue than founder and CEO of Racer Magazine, Paul Fanner. Having both witnessed and succeeded in decades of racing’s everchanging landscape, Paul was perfectly equipped to ask the “right” questions and his wisdom was evident when he started the conversation with the statement “We exist because of the customer. Motorsports succeeds when we amplify their emotions.” Included on the panel was Jim Farley, CEO of Ford; Zak Brown, CEO of McLaren Racing; Jacob Hawksworth, Founder and CEO of HyperCraft; Jay Frye, President of INDYCAR and Richard Varner, CFO of Moto-America. In other words, two-wheels or four, gasoline or electric, no stone was going to be left unturned. 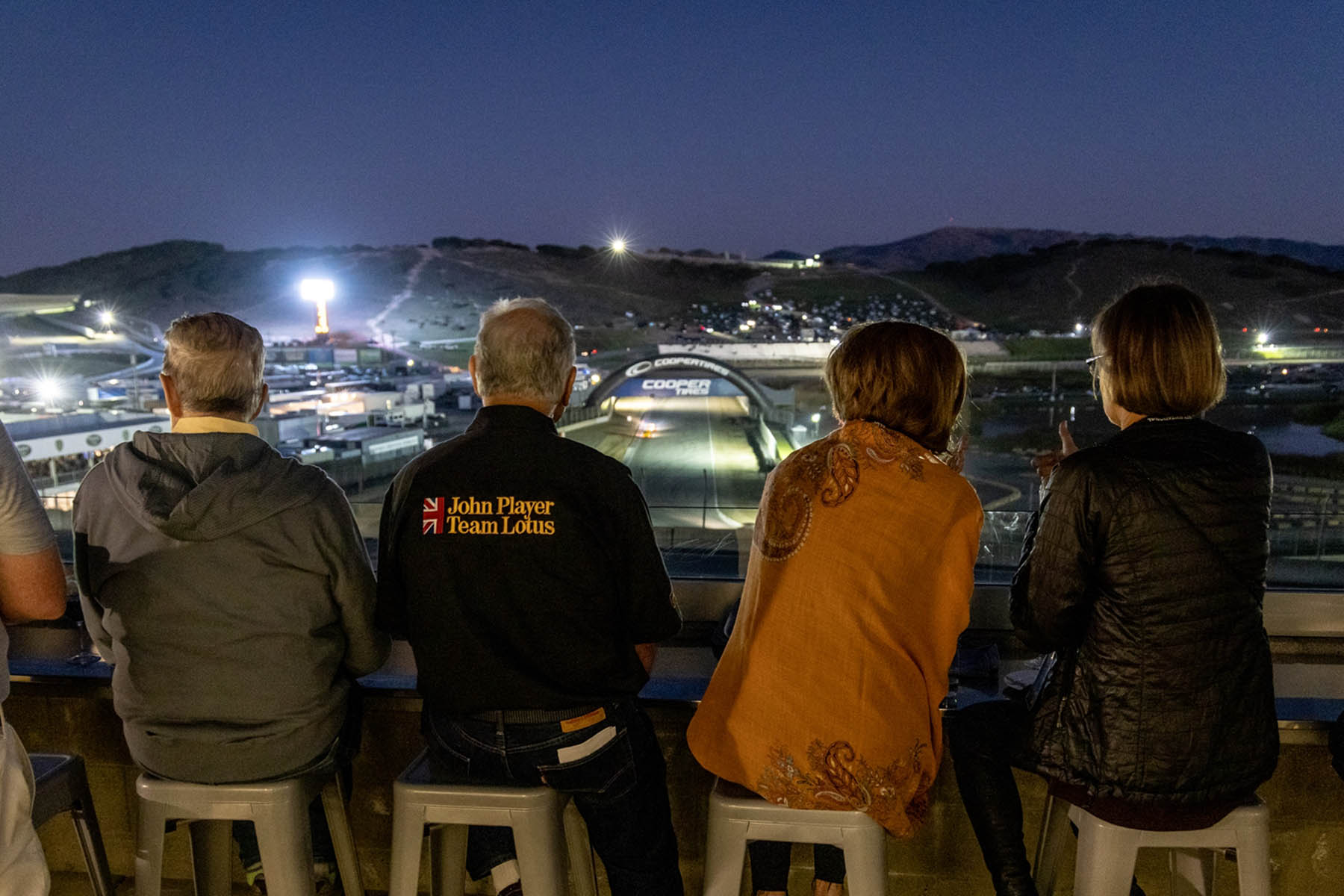 Before dinner and the panel discussion begain inside, attendees enjoyed cocktails while watching the Mini vs. Mustang nighttime race. Photo © Ted7 / Kahn Media

On the subject of two-wheels, it was interesting to hear MotoAmerica’s Richard Varner discuss his plight of re-building motorcycle road racing in the states which until recently, was on life support. What’s different today than decades ago during AMA’s reign? “Frankly, we’ve had to reorient what we do. We’re not just a racing series, we’re also evolving into a media company.” Change wasn’t just on the mind of Richard Varner. Ford’s CEO Jim Farley brought up the need to build cars that are designed to accept software upgrades during the life expectancy of the vehicle. Failure to “think forward” he claimed would leave any auto manufacture to repeat the rise and fall much like the original Blackberry phone. He also touted “No more generic cars…we are going to double-down on the customer experience.” 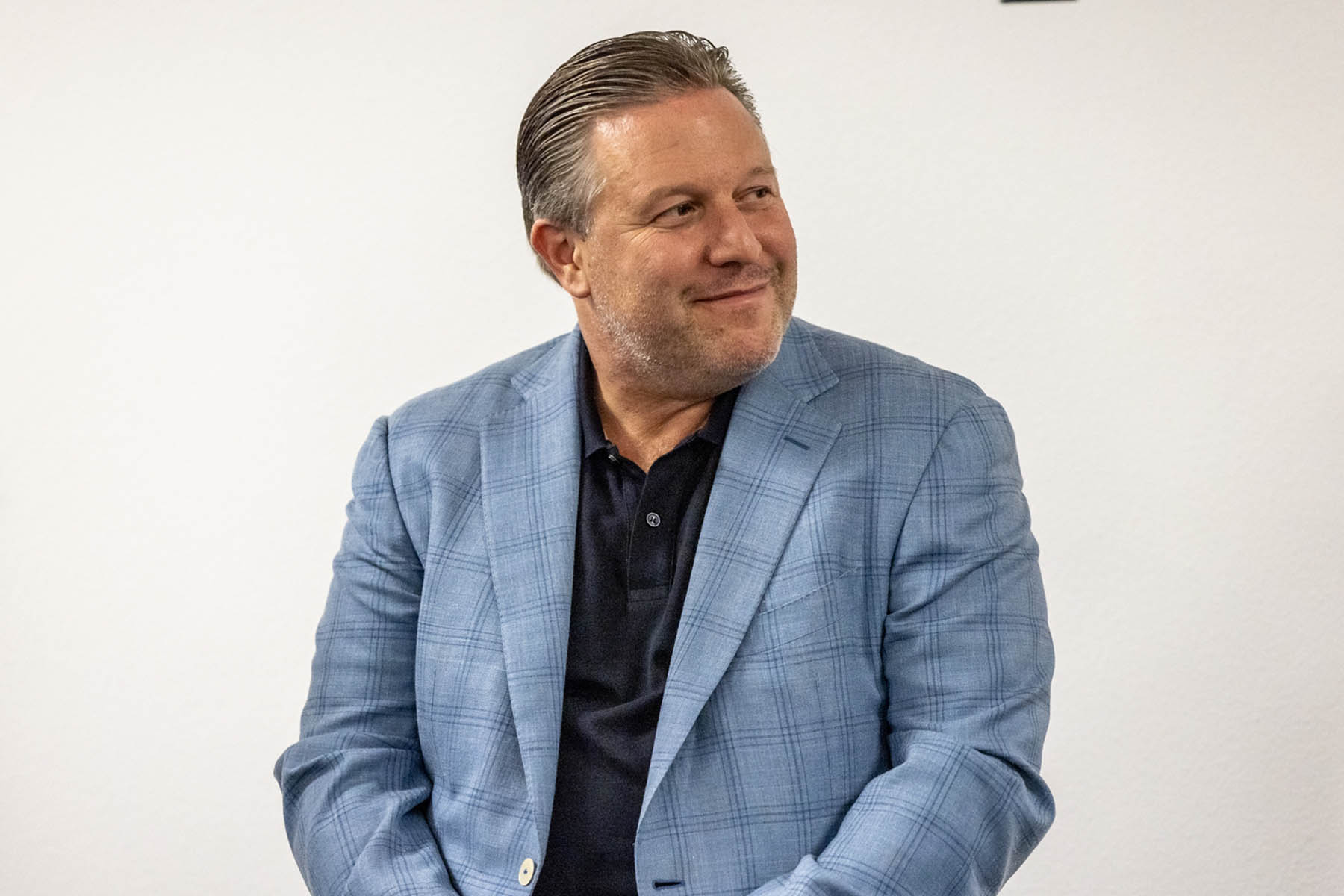