On August 15, 2021, during the historic Monterey Car Week, the Pebble Beach Concours d’Elegance announced that a 1936 Bugatti Type 57SC Atlantic from the collection of the Mullin Automotive Museum was named the “J.B. & Dorothy Nethercutt Most Elegant Closed Car”.

The Pebble Beach Concours d’Elegance is famed to be the world’s foremost automotive event. To celebrate the event’s 70th anniversary, a special exhibition of former “Best of Show” winners was showcased and it included the 1936 Bugatti Type 57SC Atlantic and the 1935 Voisin Type C25 Aerodyne that was in the museum’s collection. 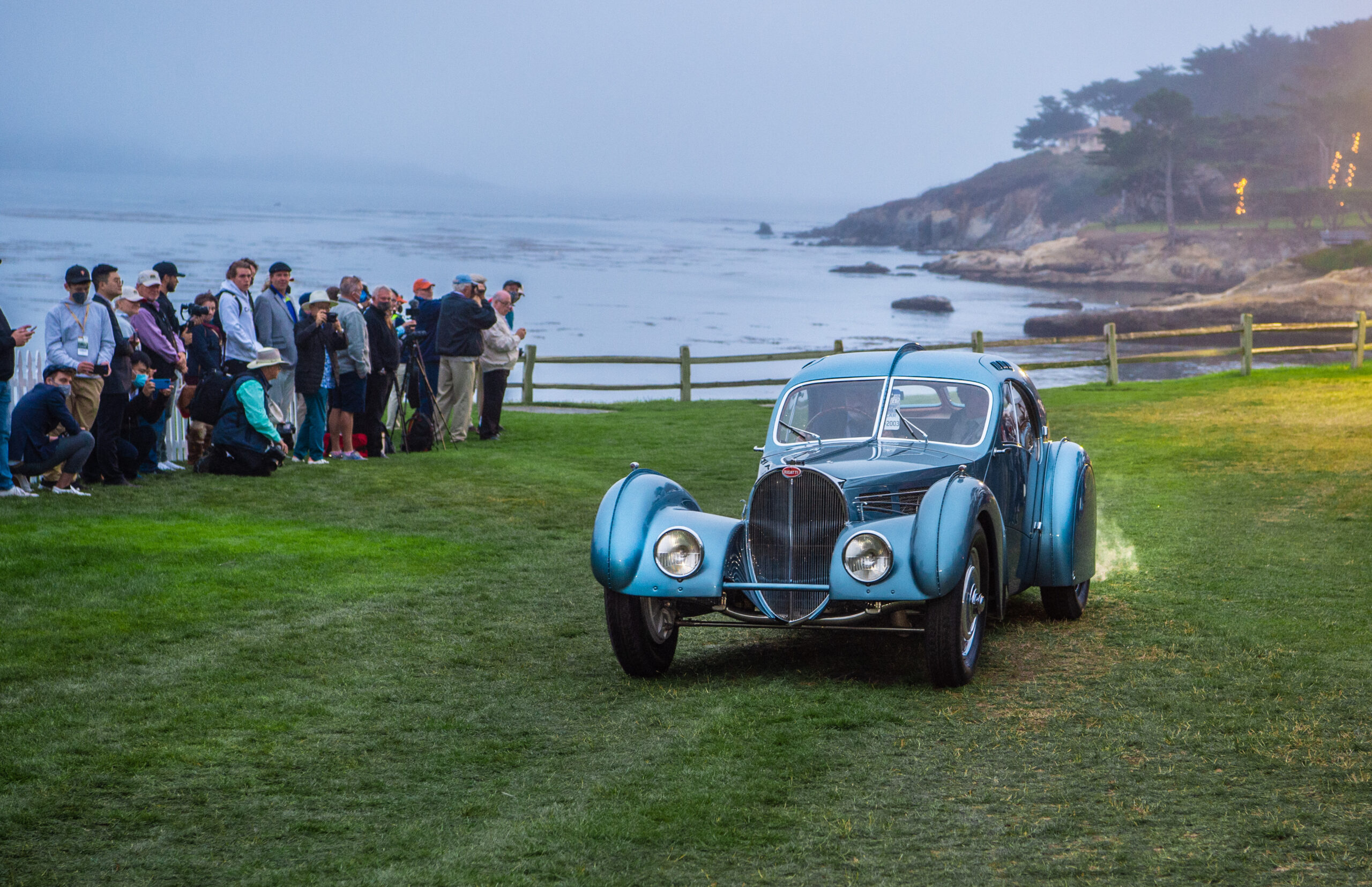 Mullin Automotive Museum Founder Peter Mullin shared, “We are honored to receive the ‘J.B. & Dorothy Nethercutt Most Elegant Closed Car’ award from the Pebble Beach Concours d’Elegance. The Pebble Beach Concours is a flagship event for the entire automotive community. Sharing this exquisite vehicle with enthusiasts and collectors from around the world on such a rich and historic platform is a great opportunity.”

The Jean Bugatti-designed Atlantic was the first of only four manufactured and it is one of only three that has survived. It is arguably the most elegant automobile ever designed and has earned the nickname the “Mona Lisa” of cars. What makes the example doubly special is that it is the only surviving “Aéro Coupé,” only two units of this were made and the two cars earned the nomenclature since they were both mechanically similar to the aérolithe.

In 1936, the example was delivered new to Nathanial Mayer Victor Rothschild from Britain, the third Baron Rothschild. In its 80-year history, the Atlantic has only had a handful of owners. It is under the care of the Mullin Automotive Museum, but it is co-owned by Peter and Merle Mullin and Rob and Melani Walton.

To know more about the Atlantic and the other cars in the Mullin Automotive Museum collection, please visit MullinAutomotiveMusuem.com.

FROM THE JUNGLE TO THE SEA: Top Selling Cars with Animal Names at the 2022 Palm Beach Auction

POWERING HOPE FOR OTHERS: Vehicles sold for charity in Las Vegas will continue a longtime Barrett-Jackson tradition