Concours of Elegance has earned the well-deserved reputation of bringing together the rarest cars in the world, and this year is no exception. They have confirmed that seven of the finest Packard Twelves will come together at Hampton Court Palace for this year’s event. On September 2-4, the event that is considered to be one of the top three concours d’elegance events in the world because of the quality of cars that it attracts. This year, they will once again gather the best and most exquisite and the rarest historic vehicles in the world.

Packard was an American luxury automobile manufacturer that earned the reputation of producing refined, opulent, reliable, and mechanically sound automobiles. The company produced their first Packard automobile in 1899, and they continued to make the best luxury cars until 1956 when the last of the units left the Detroit-made Packard machine.

Even before World War II, Packard has already built a reputation of being one of the finest car makers, and they were the favorite among European Royalty, celebrities, and Corporate America, adding to their fame.

The JBS Collection is a prominent American collection that houses a selection of Packards known as the ‘Magnificent Seven’. These automobiles went through an exacting 100-point concours restoration done by LaVine Restorations, renowned American specialists. What makes this event doubly special is that the collection has never been showcased outside of the US and Concours of Elegance will give their guests a once in a lifetime chance of seeing this awe-inspiring collection up close in the UK. 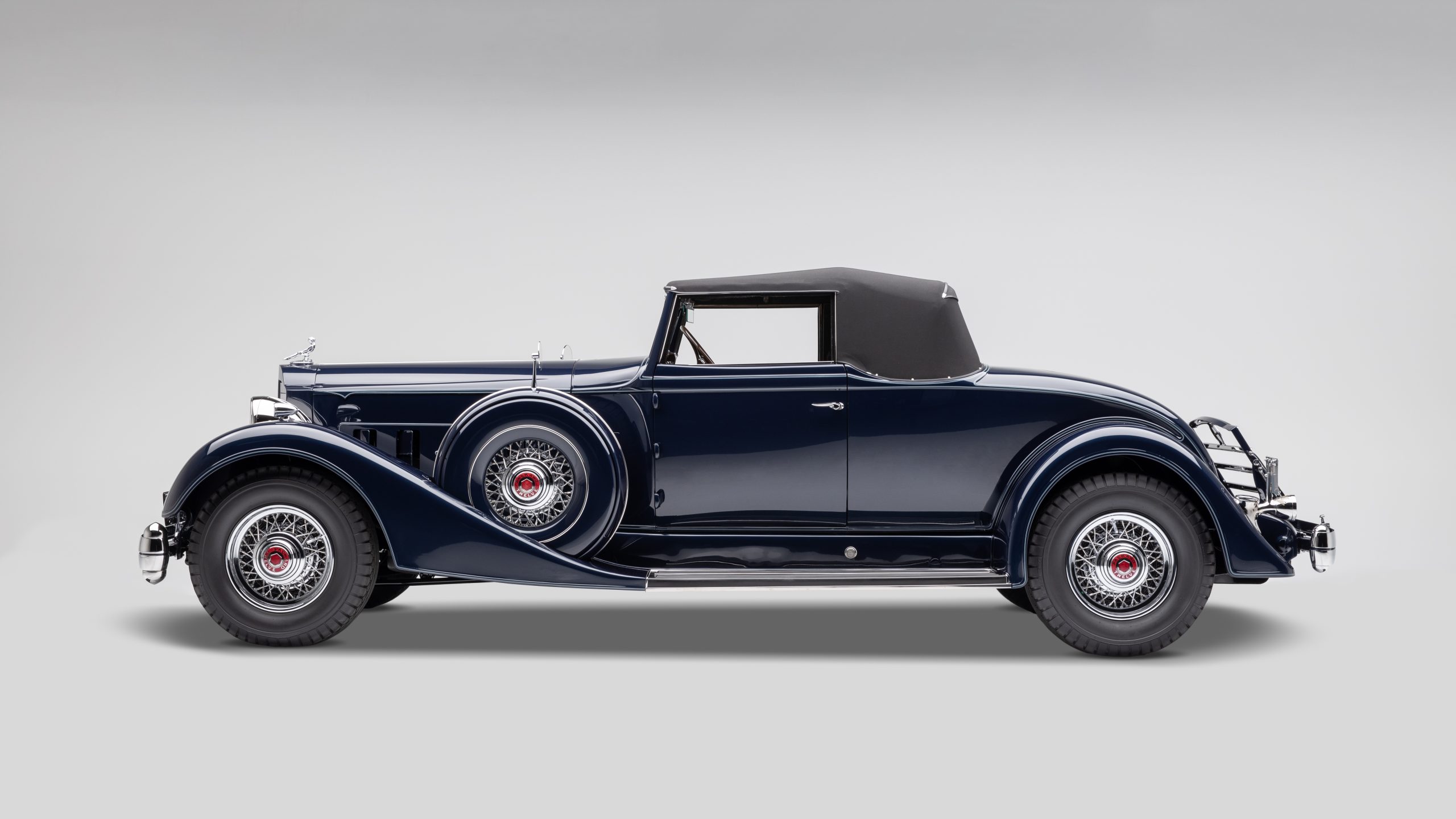 Joining it is the gorgeous Packard Blue 1934 Packard Twelve Coupe Roadster. Equipped with a 12-cylinder Eleventh Series, the example is one of the most coveted Packard Coupe Roadsters. 1934 was the year of production for the Eleventh Series cars and it is arguably one of the most prestigious year for the iconic design of the Packard. The example is equipped with a 160 bhp, 7.3-liter V12 engine matched with a Three-Speed Selective Synchromesh Manual Transmission.

There is also the 1934 Packard Twelve Formal Sedan. Another Eleventh Series car finished in brown, one of the main features of this particular Packard is that it was given beautifully elegant ‘suicide’ doors. It was given the same smooth and powerful V12 engine and running gear as the Coupes though it is able to seat more passengers.

Up next is the 1934 Packard Twelve Victoria. It has a LeBaron body and the first Packard model to be offered a radio option which the Victoria has. This Packard is the only car known that has a Dietrich custom interior in a Victoria. Packard produced this model for only three years, with the 1934 model as the most coveted. Currently, there are less than ten Packard 1107 Convertible Victorias in existence. 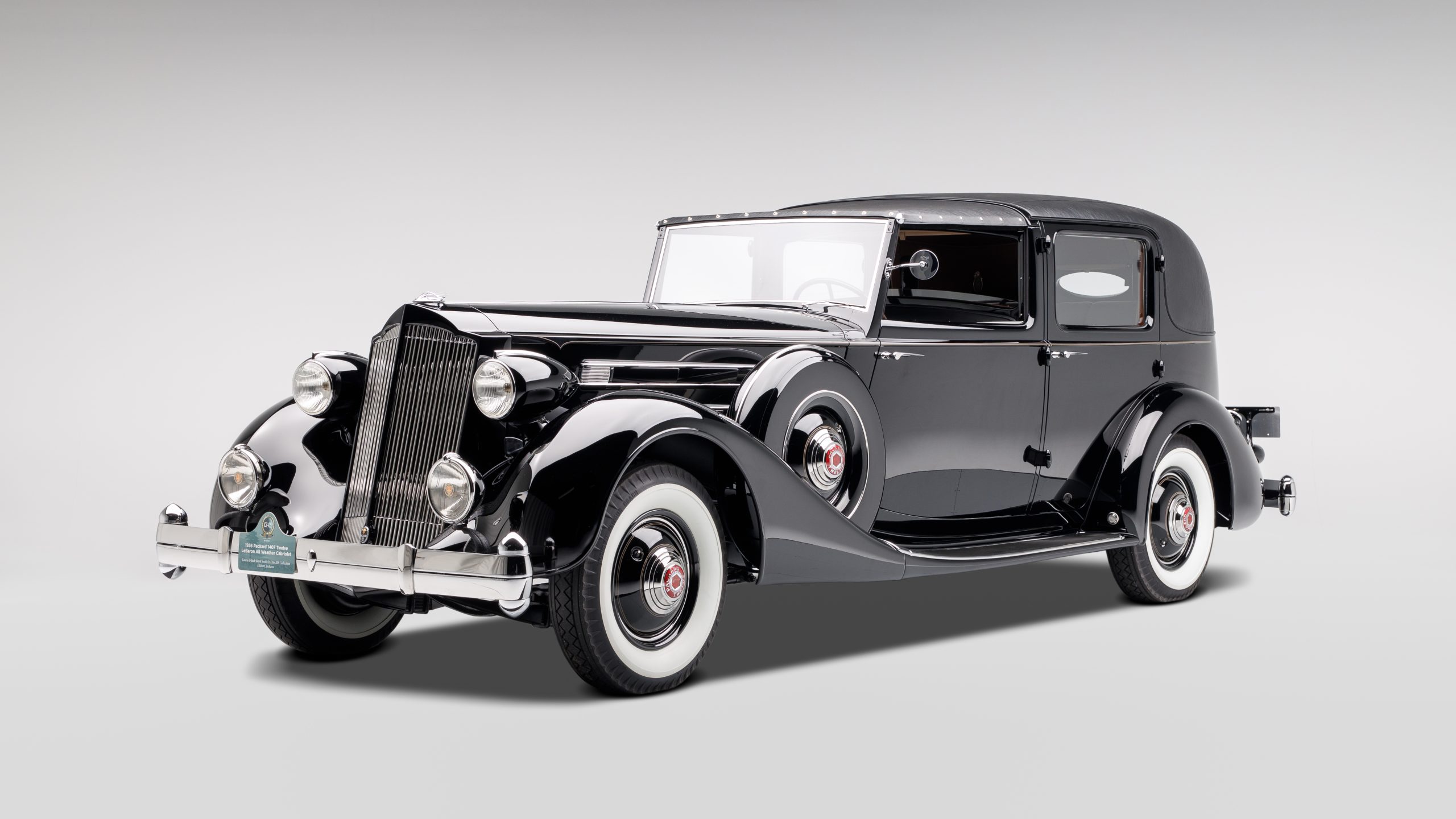 Did you miss our previous article…
https://www.mansbrand.com/brandon-semenuks-modified-subaru-impreza-and-yamaha-yxz-at-collecting-cars/

The Mudetec Open For Visits Again