Oh, Pooh. We May Never See Another Skater Like This One. 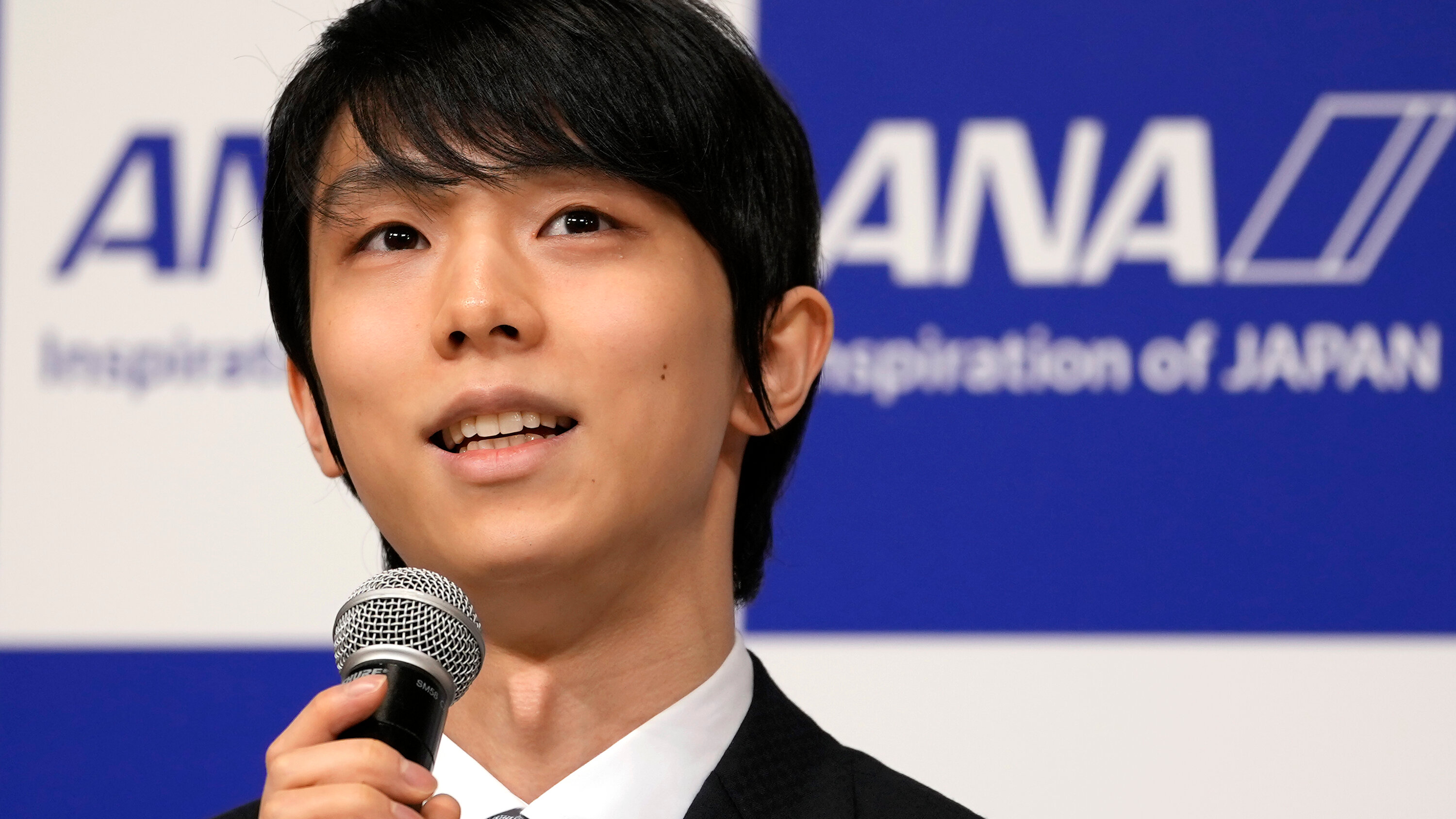 Yuzuru Hanyu, the two-time Olympic champion, said on Tuesday that he would no longer participate in competitions, and the landscape of the sport of figure skating will never be the same.

To get an idea of how much he has meant to his sport for the past dozen years, consider some of the fans who watched him compete at the 2018 Pyeongchang Olympics.

In one corner of the arena, three generations of Hanyu fans — a teenage boy, his middle-aged mother and his gray-haired grandmother — sat on the edge of their seats, straining for a glimpse of him. They wore fuzzy Winnie the Pooh hats that made them look as though they had strapped giant stuffed Pooh bears to their heads, and they all clutched Pooh bears they planned to throw on the ice after his performance.

Dotting the stands were hundreds of fans just like those three, all wearing Pooh gear and on a paparazzi-like mission to follow Hanyu’s every move. In skating circles, those fans are called Fan-yus, and the bears they throw onto the ice are Yuzu-Poohs, cute and snappy evidence that the cult of Yuzuru Hanyu took figure-skating fandom to a level never seen before.

There’s a reason fans have been obsessed with Hanyu, 27, and began wearing Pooh-themed gear after they first saw him with a Pooh-themed tissue box at the rink in 2010, the year he became junior world champion and started his march to the top of the sport.

With his lucky Pooh bear perched somewhere in the rink, Hanyu performed with a rare combination of grace and power, skating across the ice as smoothly as a gently flowing river before rocketing into technically difficult jumps that made his competitors gasp in admiration.

He was equal parts Evgeni Plushenko (known for his jumping) and Johnny Weir (a master of artistry). Emulating two of his skating heroes made Hanyu arguably the most well-rounded skater in the sport’s history. His goal was to appeal to all people, not just die-hard skating fans or fans from his home country of Japan, and he succeeded.

Hanyu pushed the sport forward with moves and accomplishments that challenged convention. When he won the gold medal in 2014 at the Sochi Olympics, he became the first Asian man to win an Olympic gold medal in figure skating and, at 19, was the youngest winner since the American Dick Button won gold in 1948. In Japan, he became one of the most famous athletes and has remained a superstar and cultural icon there.

Four years later, at the 2018 Pyeongchang Winter Games, when Hanyu won his second Olympic gold medal, he became the first male skater to win back-to-back Olympic gold medals in 66 years, after Button’s second Olympic win in 1952. Though the American Nathan Chen was supposed to be Hanyu’s toughest rival at those Olympics, that head-to-head battle disappeared after Chen stumbled in the short program. Hanyu was the clear winner, and Chen continues to acknowledge that.

“It’s been the honor of a lifetime to have been able to stand on the same ice as Yuzuru Hanyu,” Chen said Tuesday on social media. “Thank you for everything you have done for the sport, and everything you will undoubtedly continue to do for it.”

Hanyu’s résumé is stellar, including breaking world record after world record for points, winning seven medals at the world championships and becoming the first man to land a quadruple loop in competition. But his fans gravitated to him for his intangibles, too. He didn’t just skate to win. He skated because he loved it, and his passion for the sport came through.

On Tuesday, looking calm and professing that he was not sad at all, Hanyu announced at a news conference that he would no longer compete because he doesn’t need to “seek those kinds of evaluations.” He proved that at the 2022 Beijing Games.

After rotating only once in his first quadruple jump in his short program at that Olympics, Hanyu was in eighth place. While he could have played it safe in the free skate to try to win a medal, he did the opposite by attempting to become the first person to land a quadruple axel in competition. He came close to landing that axel but did not — and the fans gasped in unison when he fell. He finished fourth overall and, for the first time in three Olympics, left empty-handed.

Hanyu’s competitive career is over, but don’t assume that he’s retiring from the sport. In his news conference on Tuesday, he was careful not to use the word retirement, explaining that he simply doesn’t like the sound of it. He promised to keep skating and striving to perfect new skills.

“I want to keep challenging,” he said. “I want to land the quadruple axel in front of everybody.”

And if he does land that elusive jump, finally, there’s a good chance that an army of fans will be poised to witness it.

To celebrate, they will rain Pooh bears onto the ice, as they always have. And just as they did when he won his Olympic medals, those bears will turn the rink’s glassy white surface into a field of fuzzy gold Yuzu-Poohs to honor one of the best skaters ever.

Read More
Did you miss our previous article…
https://www.mansbrand.com/here-are-your-nominees-for-the-7th-annual-awards-daily-cooler-awards/

Avignon Clinic Amazes with its New Faces and Feat