It has been more than a year since the Renaulution plan was revealed and a few days ago, Renault has given an update related to the plan. Renault Group CEO Luca de Meo and Alpine CEO Laurent Rossi recently announced that the future GT Alpine X-Over will be produced at the Dieppe plant. They made the announcement with the Minister of Economy, Finance, and Recovery Bruno Le Maire and Alpine F1 Team driver Esteban Ocon present.

Alpine’s Dieppe plant is unlike the others in the Group. It is a symbol of French manufacturing and innovation. The announcement is also another milestone in the brand’s development ambitions and highlights their long-term plans for the historic site.

Alpine brings together their technological expertise with their passion for racing as they continue to develop high-performance sports cars to help them boost their international presence, which was helped in part by their participation in the world of Formula 1. Their passion and commitment to motorsports has allowed them to stand out with a wider range of all-electric products in the pipeline. 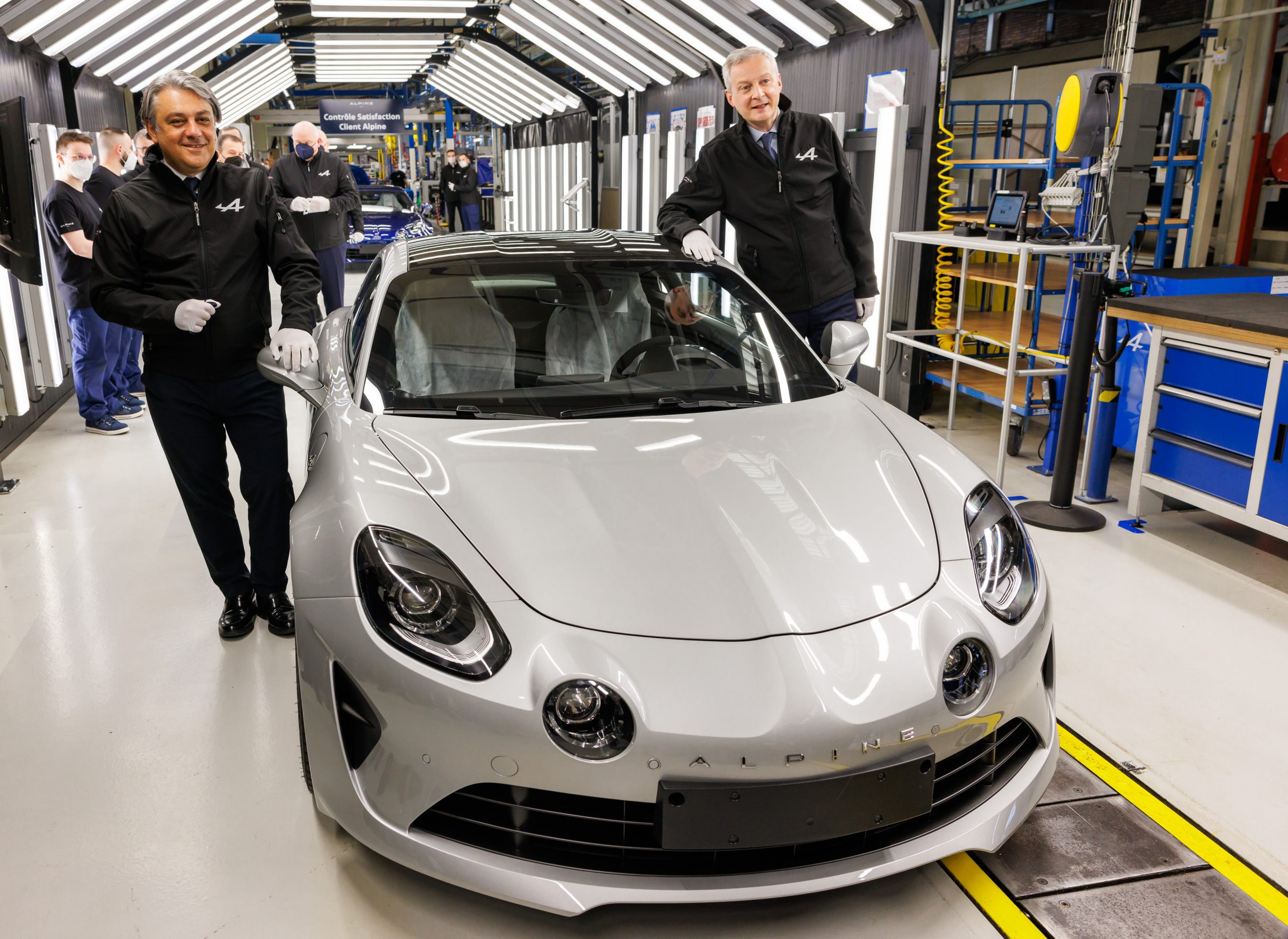 Alpine announces Dieppe based production for its new GT X-Over

Alpine’s new product plan is unsurprisingly ambitious. In early 2021, Alpine announced their strategic plan which shows the development and launch of three new electric sports cars by 2026. They were planning to release a compact car, a crossover, and a new version of the A110.

The first GT Alpine X-Over will be produced at the Dieppe plant, combining the brand’s expertise both in electric vehicles and sports vehicles for which the brand is known for. With the new all-electric GT X-Over, Alpine would need to invest in the Dieppe site so it can adapt to the latest CMF-EV platform and to set up new facilities so it can achieve their goal of creating a vehicle with features and equipment unlike any other on the segment. It will also be the first all-electric vehicle to be produced in Normandy (France).

The project is part of the plan that was revealed in December 2021, the ‘Re-Nouveau France 2025’ wherein France is placed at the front and center of the Group’s industrial and technological activities. This is further emphasized by the plan that the nine new models are going to be created in factories all throughout France. It is also part of the ‘CAP 202’ performance agreement that will help get the site ready to create the new vehicle. 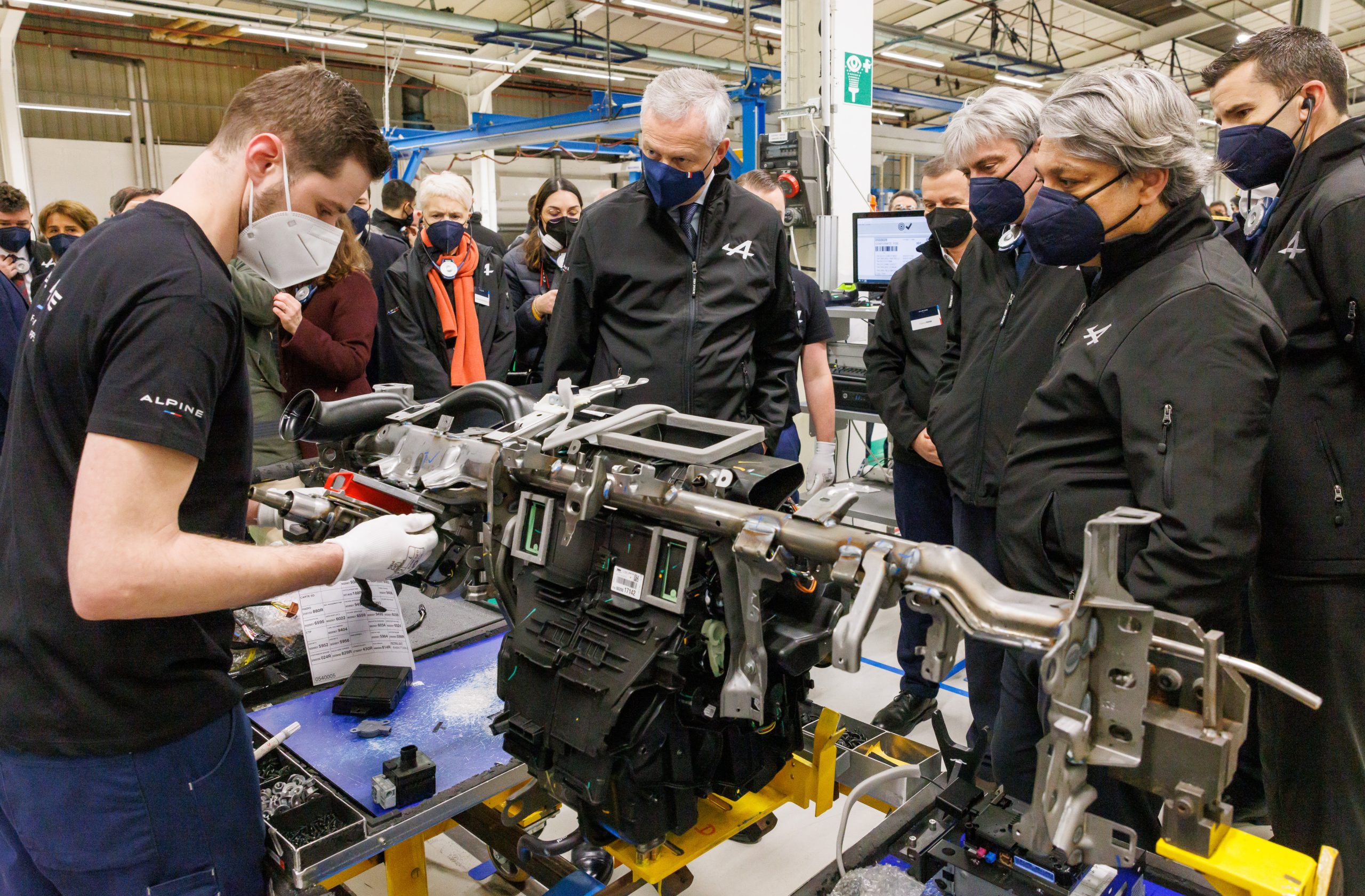 Alpine announces Dieppe based production for its new GT X-Over

Renault has renamed their industrial plant to ‘Manufacture Alpine Dieppe Jean Rédélé’. The name characterizes the expertise and quality of the facility. Alpine offers and will continue to offer the finest vehicles in the world of automotive, each one designed and produced with the exact level of precision that is to be expected of the finest craftsmen in their field.

In 1955, top driver, designer, and motor sport enthusiast Jean Rédélé founded Alpine. His light and compact sports coupes which was based on the 4CV, immediately became famous in competition. With their history on track, it was not surprising that Alpine built on that history and reputation to create legendary sports models. In order for the brand to develop more fully, in 1965, Alpine officially partnered with Renault to build on their success and keep up with the growing demand. In 1969, the Dieppe production site was opened. Now, it has been renamed ‘Manufacture Alpine Dieppe Jean Rédélé’.

Did you miss our previous article…
https://www.mansbrand.com/the-jm-special-can-am-build-process-explained/