Outer space is a great place to go if you want to study the Earth. Although outward-looking spacecraft like Hubble and the highly anticipated James Webb Space Telescope garner most of the attention from the public – understandably, given their spectacular imagery of distant astronomical phenomena – the large majority of satellite infrastructure in orbit is actually focused back on our home planet. The unparalleled view of the planet from space offers unique advantages to scientists hoping to measure changes and patterns here on Earth that just aren’t possible from the ground. In 2022, NASA will launch four new Earth science missions, each offering something unique, and adding a new way to understand, and protect, our home.

let’s take a look at the four missions, and what they hope to achieve in the coming years.

1. Time-Resolved Observations of Precipitation structure and storm Intensity with a Constellation of Smallsats (TROPICS)

First up is TROPICS, which is not one satellite, but rather a constellation of six small satellites. These smallsats will collectively study tropical cyclones. They will take microwave measurements of these massive storms, and will be able to observe precipitation, temperature, and humidity levels as they form. Despite the satellites’ small size, the advantage TROPICS will have over traditional weather satellites is their ability to take measurements more often, making it easier to see how cyclones develop and change over time. The result will be better modeling and forecasting when tropical storms occur.

The TROPICS satellites are set to launch in pairs over the course of the winter and spring, with all six expected to reach orbit by July 2022.

EMIT is not a spacecraft in its own right, but rather an instrument that will be affixed to the International Space Station in 2022. Its primary purpose is to study dust in the Earth’s atmosphere, which is picked up by the wind in arid regions and carried around the globe.

This dust can affect regional (and global) temperatures on Earth, have adverse health impacts on humans, and, when it settles in oceans, can create enormous algae blooms. Researchers are hoping to use EMIT to learn where this dust originates and its composition, and in turn, exactly what role this dust plays in shaping our climate.

The ‘Polar’ in this mission’s name refers not to the object of study but rather the type of orbit. JPSS is a series of satellites that circle the Earth from the North Pole to the South, as the Earth turns below, allowing them to see the whole planet over, twice daily. These weather satellites will provide data on temperatures in the oceans and atmospheres, as well as information regarding forest fires and other significant weather events.

One JPSS satellite will launch in 2022, complementing already existing weather satellites, and will be joined by three more over the next decade.

SWOT is a single, large satellite designed to measure changes in the height of water in Earth’s oceans, lakes, and rivers. it will be the first-ever global survey of our planet’s surface water. 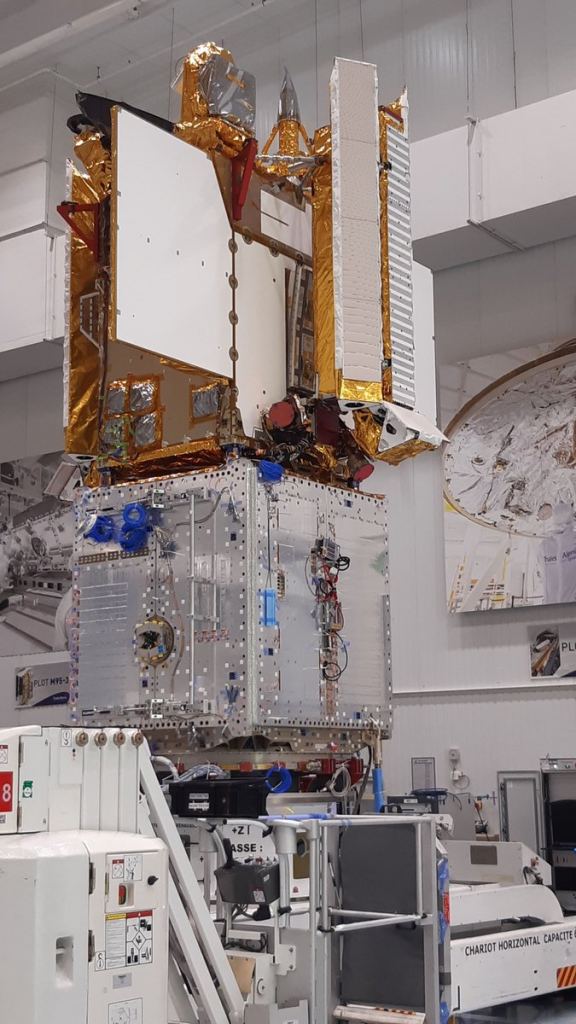 Update on the Potential May 31st tau Herculid Meteor Storm

ExoMars Will be Drilling 1.7 Meters to Pull its Samples From Below the Surface of Mars