Motoring Spectacle Category Awarded To Hagerty Festival Of The Unexceptional

It was in 2014 that Hagerty held the first Festival of the Unexceptional to celebrate long-forgotten everyday family cars from 1968-1989, a time in the motoring history now fondly called as the ‘Unexceptional Era’. This year’s selection is one of the best concours lawns seen in the seven-year history of the festival. Cars across the nation came to be judged as one of the best of the mediocres. A number of Unexceptional cars were on display on the grounds of Grimsthorpe Castle in Lincolnshire giving the event such a spectacular backdrop which delighted the Festival fans during the event last July.

The Historic Awards was established in 2019 to recognize achievements in the historic arena. A panel of independent experts are the judges for the event. The Historic Awards is part of the series of internationally recognized trophies and medals that Royal Automobile Club awards to celebrate motoring achievements. These awards include the Segrave Trophy, the Simms Medal, the Tourist Trophy, the Torrens Trophy, and the Dewar Trophy. 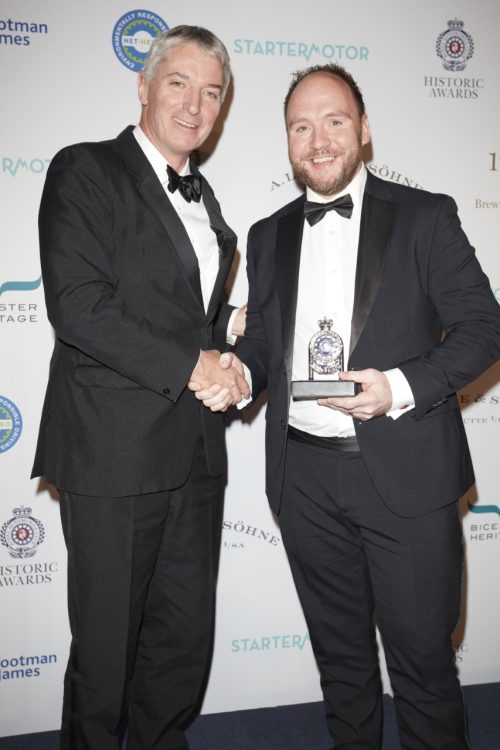 The Royal Automobile Club described the event stating, “A regular showgoer can quickly become immune to truly mouth-watering machines and stumbling across a long-forgotten marque can thrill as much as a rare Ferrari. The video provided as supporting evidence for the Hagerty Festival of the Unexceptional had our judges cooing as they picked out Toyota Tercels and Hyundai Stellars from a collection of 3000 once-rubbish cars at regal Grimsthorpe Castle.”

“Defying its name, this brilliant event was truly exceptional in 2021. Not only does such a gathering of the mundane create a wonderful spectacle, but we also felt that Hagerty Festival of the Unexceptional is capturing the zeitgeist of the classic world and introducing legions of new fans into the joys of owning old cars. Affordable, accessible and inclusive, this event turns the everyday into the extraordinary,” one of the judges shared.

Mark Roper, Hagerty International Managing Director added, “The Hagerty Festival of the Unexceptional was created to recognize that car enthusiasts come in all shapes and sizes, and no matter what they drive, the passion for driving and our hobby is the same. The car community is a special one, and this award goes out to all those that take part and strive to preserve driving for future generations. We can’t wait to do it all again next year.”

In 2022, the Festival of the Unexceptional will definitely return with details about the upcoming event to be released as early as January 2022.

Did you miss our previous article…
https://www.mansbrand.com/ultimate-evolution-this-custom-challenger-is-state-of-the-art/

Inside AMG: Testing At The ‘Ring

Porsche Museum Behind The Scenes