The 2021 season finale for Masters Historic Racing USA concluded on the weekend of Oct 17 at Sonoma Raceway CA. After two days of warm, sunny weather, a fast-moving storm front with predictions of rain made its appearance on Sunday prompting the question, “Is it time to bring out the rain tires?”  An “on and off again” cloudy sky prevailed leaving it all up to the drivers to enjoy their last day of racing. Somewhat of a last-minute event held in conjunction with the Yokohama Driver’s Cup USA, the Masters Historic Racing run groups were all on the smaller side, yet there was still plenty of excitement to be had. 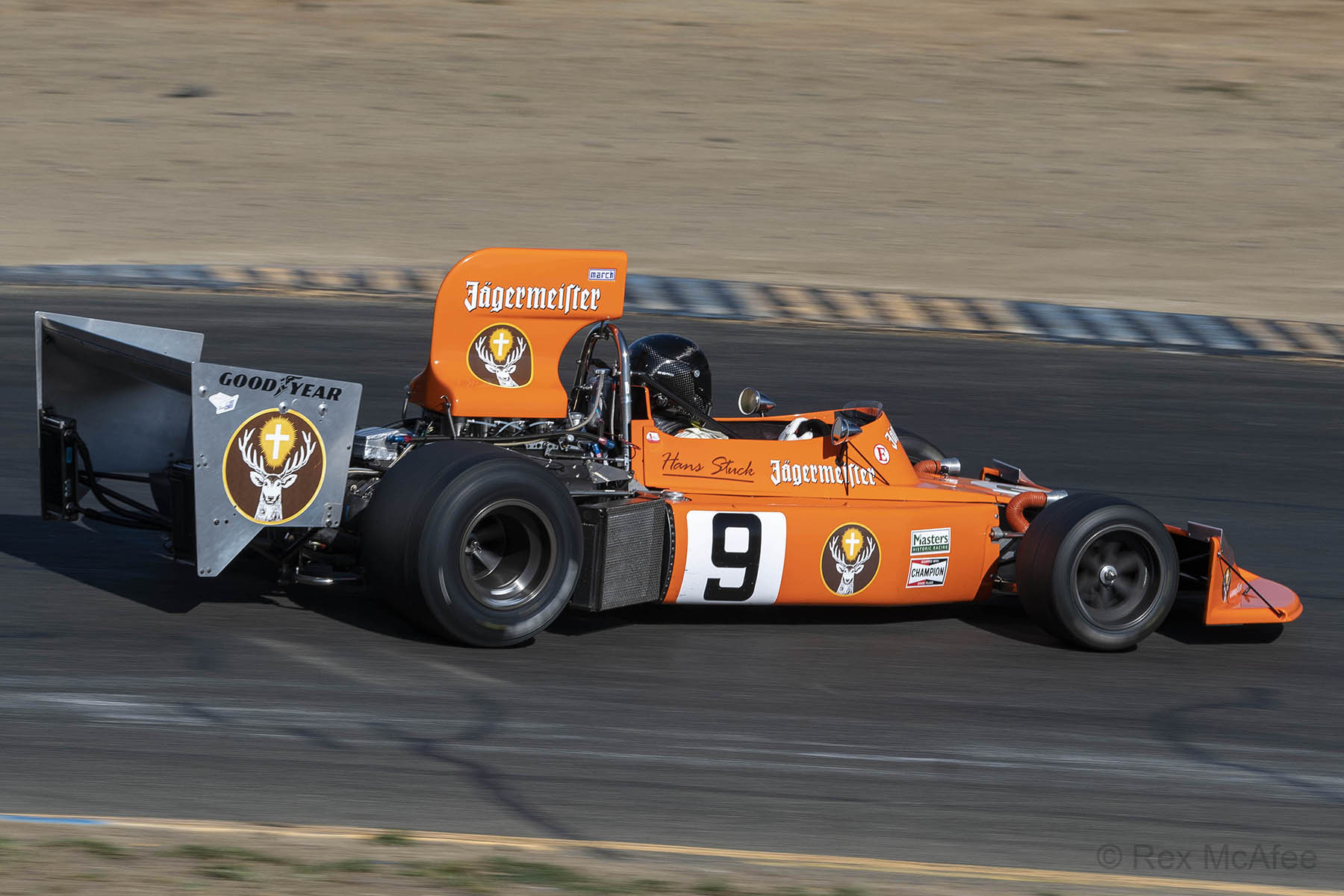 Wasting no time in reviewing the F1 “Top Guns”, UK’s Greg Thornton and American Cal Meeker came into the weekend battling for the season title. While Thornton had the advantage with 84 points over Meeker’s 71, we all know racing can be a cruel sport; anything was possible. Powered by Cosworth DFV V8s that make a beautiful concerto at 10,000 RPM, Thornton qualified his 1982 Lotus 91/5 “John Player Special” at a brisk 1:29.573 on Friday over the 11-turn road course. The TAG livery Tyrrell 010 of Eathan Shippert followed closely behind at 1:29.842 with Meeker rounding out the top three at 1:31.630. But would qualifying be replicated when the green flag dropped? 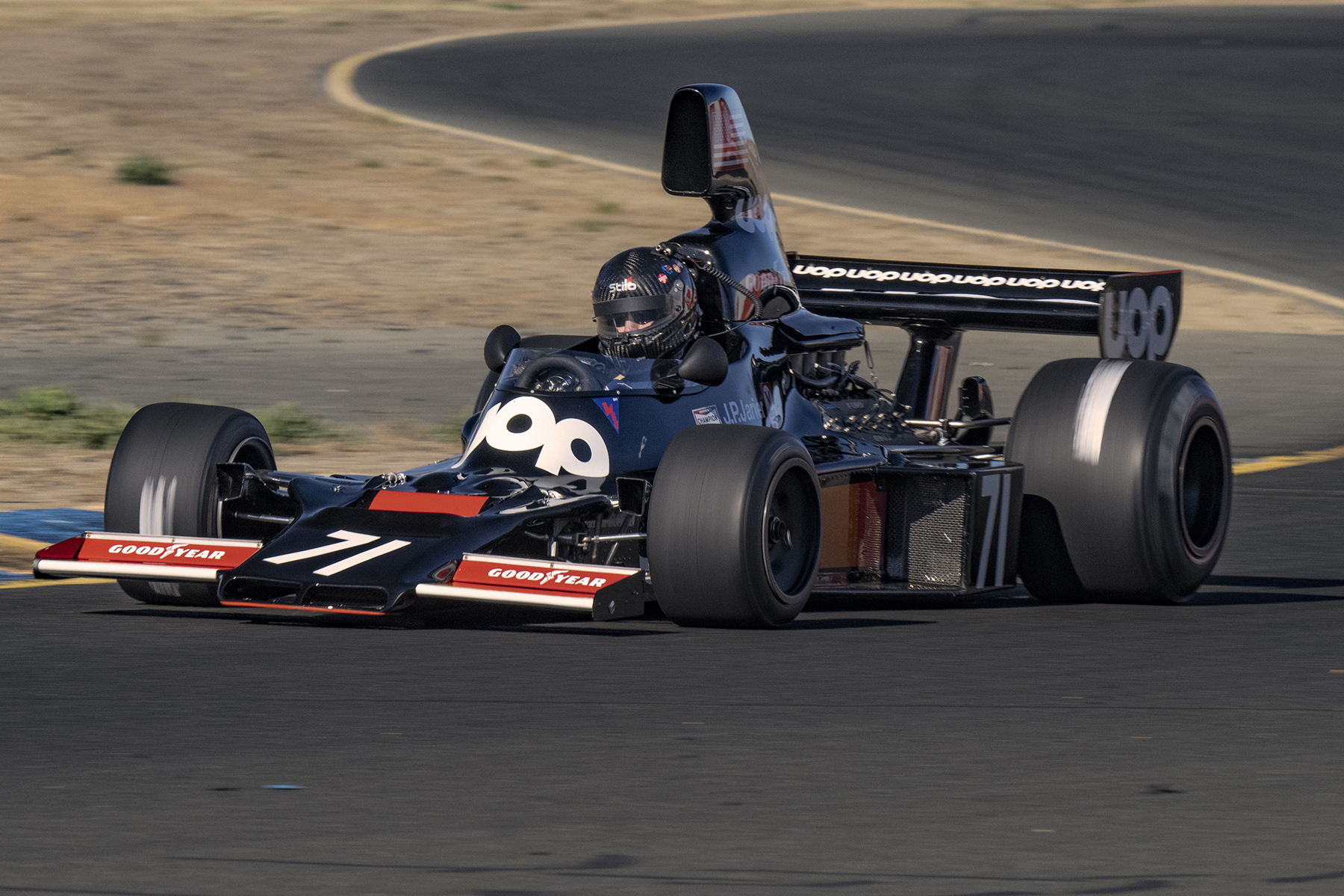 Race 1 on Saturday resulted in Thornton almost matching his qualifying time and dominating the 14-lap race. This would clinch the title for Greg taking the pressure off for Sunday’s Race 2. Rival Cal Meeker took 2nd followed by Bud Moeller drivinghis 1982 Williams FW08/01. Plagued by mechanical issues in Saturday’s race, the ex-Mario Andretti 1976 Lotus 77 “John Player Special” of Chris Locke found redemption under the much cooler skies of Sunday. With Thornton on “cruise control” up front, Locke put on a beautiful display of controlled power slides and almost caught the “younger cousin” Lotus by the last lap making for a beautiful one-two finish of “Black and Gold”. 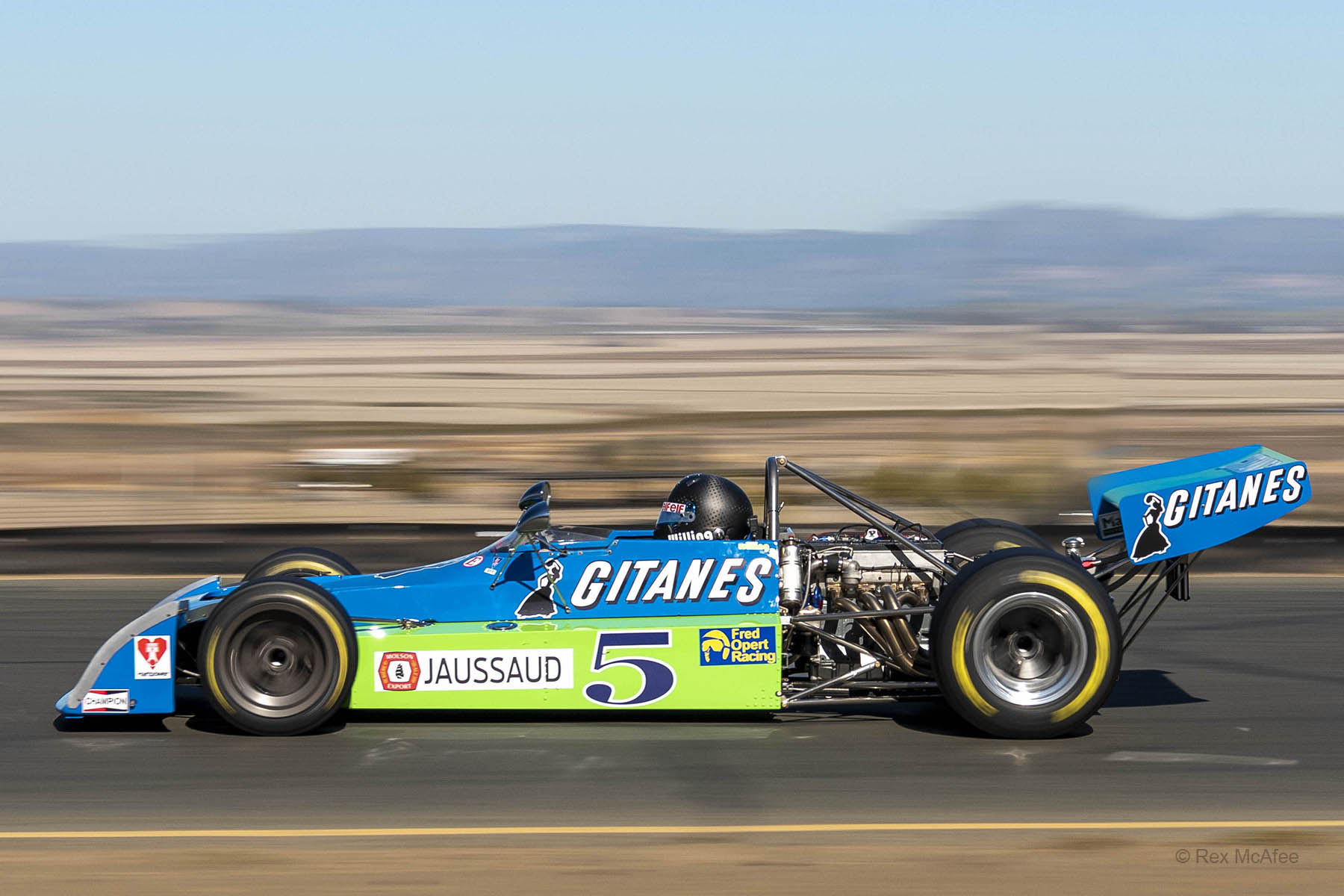 The Masters Formula Atlantic Plus groupwas just as exciting with 15 entries and a wide range of machinery. From the 1972 March 722 of Joseph Hopkins to the more modern Ralt RT31-VW of Dave Zulinden, watching these nimble racers go through corners head-to-nose is a thrill all unto its own. But make no mistake, the year of a race car doesn’t necessarily determine its fate, as hot-shoe Danny Baker proved in his 1979 Ralt RT1 ALL WEEKEND LONG.  This was Danny’s first time running with the Masters Atlantic Plus group, and likely just the first of many as he brought home 1st place trophies on both Saturday and Sunday. Less than 3 seconds off the pace of Thornton’s Formula One laps, you could say Danny’s performance was nothing short of epic. Steve Cook piloting an early 1974 Chevron B27 should also be commended for placing 2nd on both Saturday and Sunday.