Kaley Cuoco has shared the thoughtful surprise she received from her boyfriend, Tom Pelphrey.

On Thursday, the Big Bang Theory star revealed she had been feeling overwhelmed recently and in response, Pelphrey gifted her a Polaroid camera.

“Felt overwhelmed so he surprised me with a @polaroid cam and now all better,” she wrote on her Instagram story. 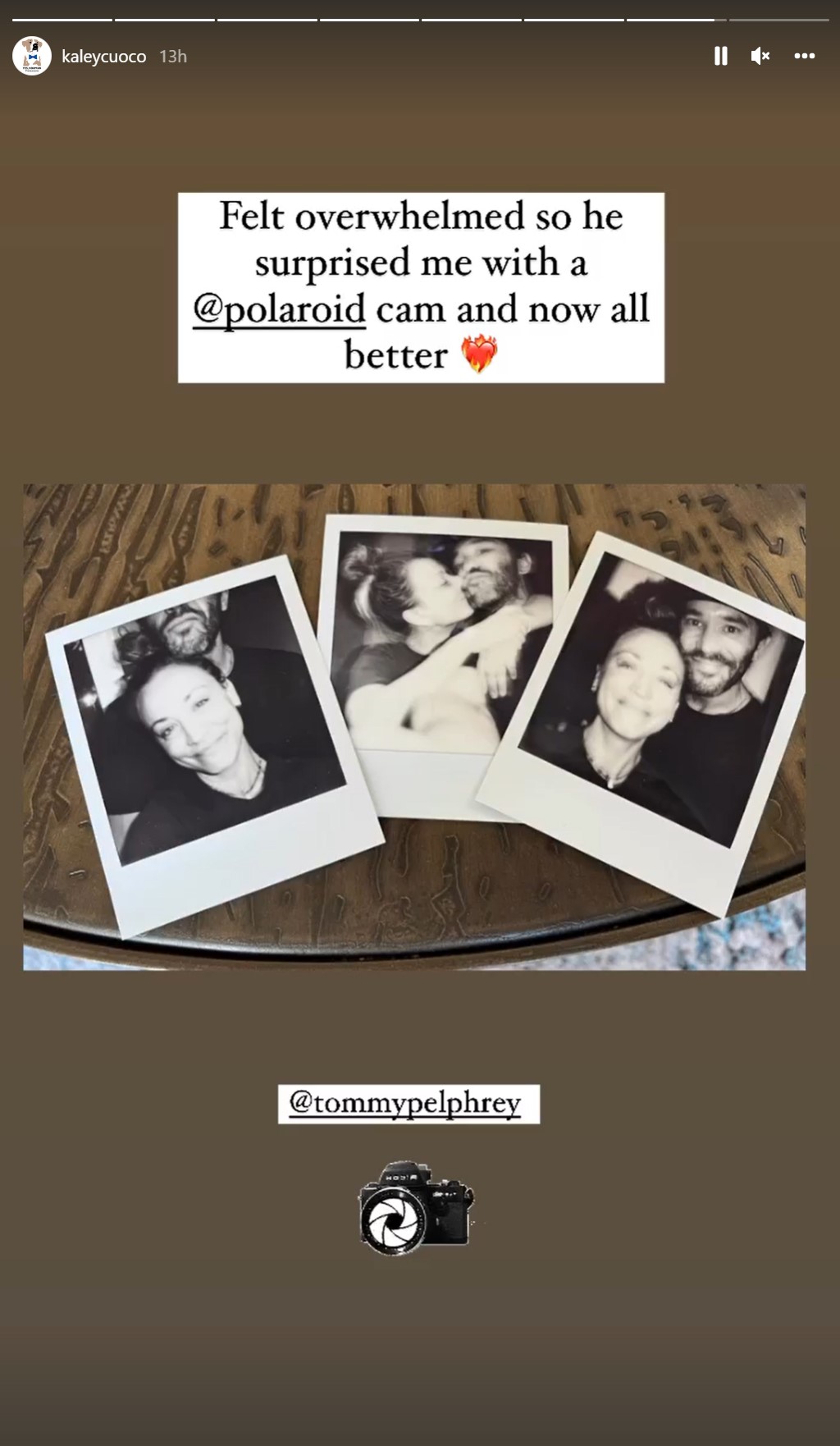 The story was accompanied with some happy snaps of the pair from their new camera.

Earlier in the day, Cuoco revealed she arrived in Berlin to film Role Play. Pelphrey, star of Ozark, has also travelled with her to the German city.

The couple first confirmed their relationship in May via Instagram and made their first public appearance together in June at a Hollywood Walk of Fame ceremony.

Since then, both Cuoco and Pelphrey have enthusiastically shared romantic moments on social media.

READ MORE: All the signs that suggest the Cambridges are coming to Australia and New Zealand for a royal tour

A week ago, Pelphrey shared a snap of him looking longingly at Cuoco with the caption, “favourite person”.

Cuoco was previously married to addiction specialist Josh Resnik, though the pair divorced in 2016.

Read More
Did you miss our previous article…
https://www.mansbrand.com/top-jumps-owner-mike-grech-moves-all-horses-to-ireland/