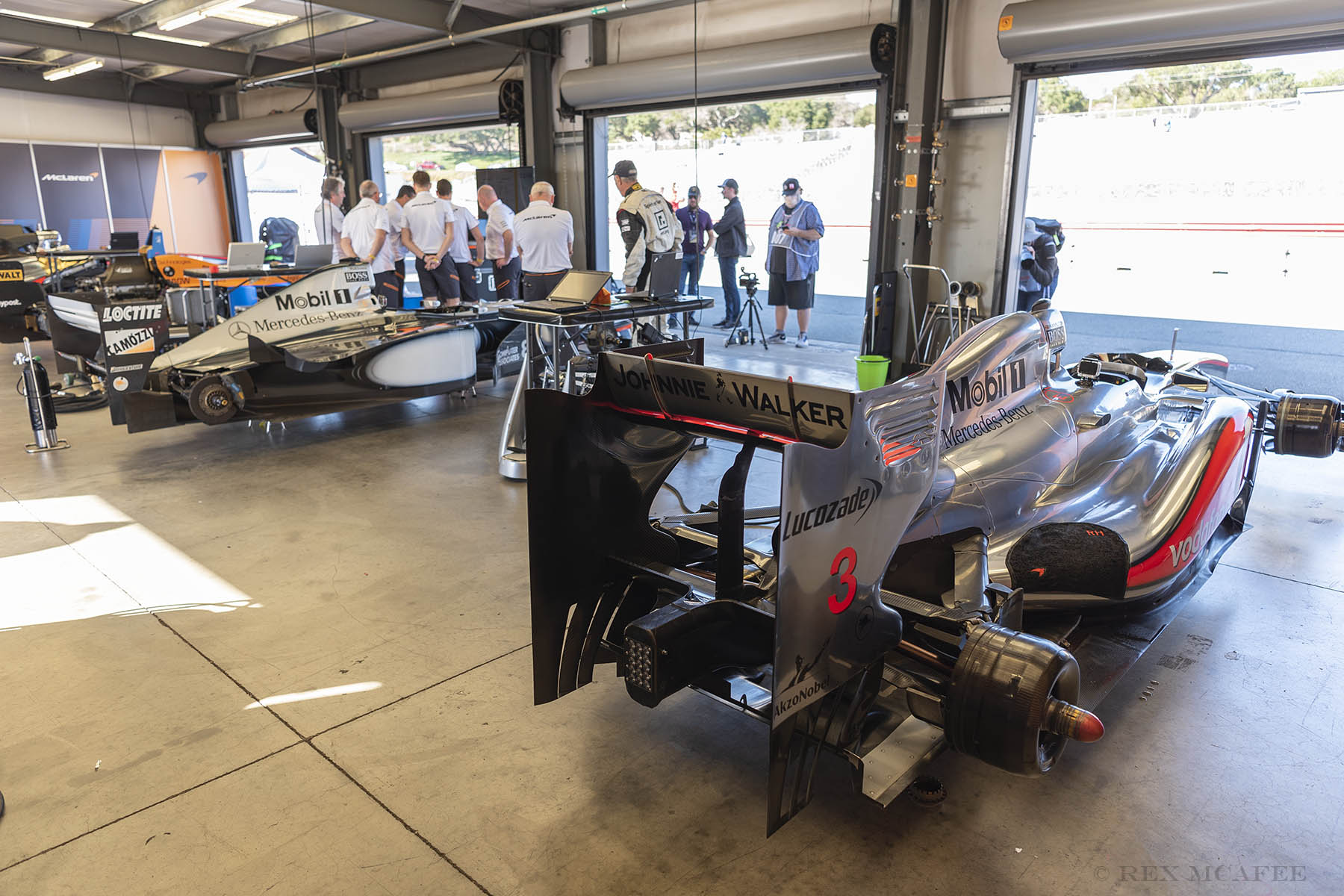 The McLaren garage was filled with former F1 cars and a crew of technicians and laptops to support them. © Rex McAfee

Saturday November 13th, I sat down with McLaren Racing’s Chief Executive Officer Zak Brown. The conversation took place in McLaren’s vintage Condor motor home, painted in…you guessed it, McLaren Orange. As CEO of McLaren Racing, Zak has the overall responsibility for setting the direction of McLaren racing, overall business performance, as well as making sure the team delivers results on race weekends. Did I miss anything? 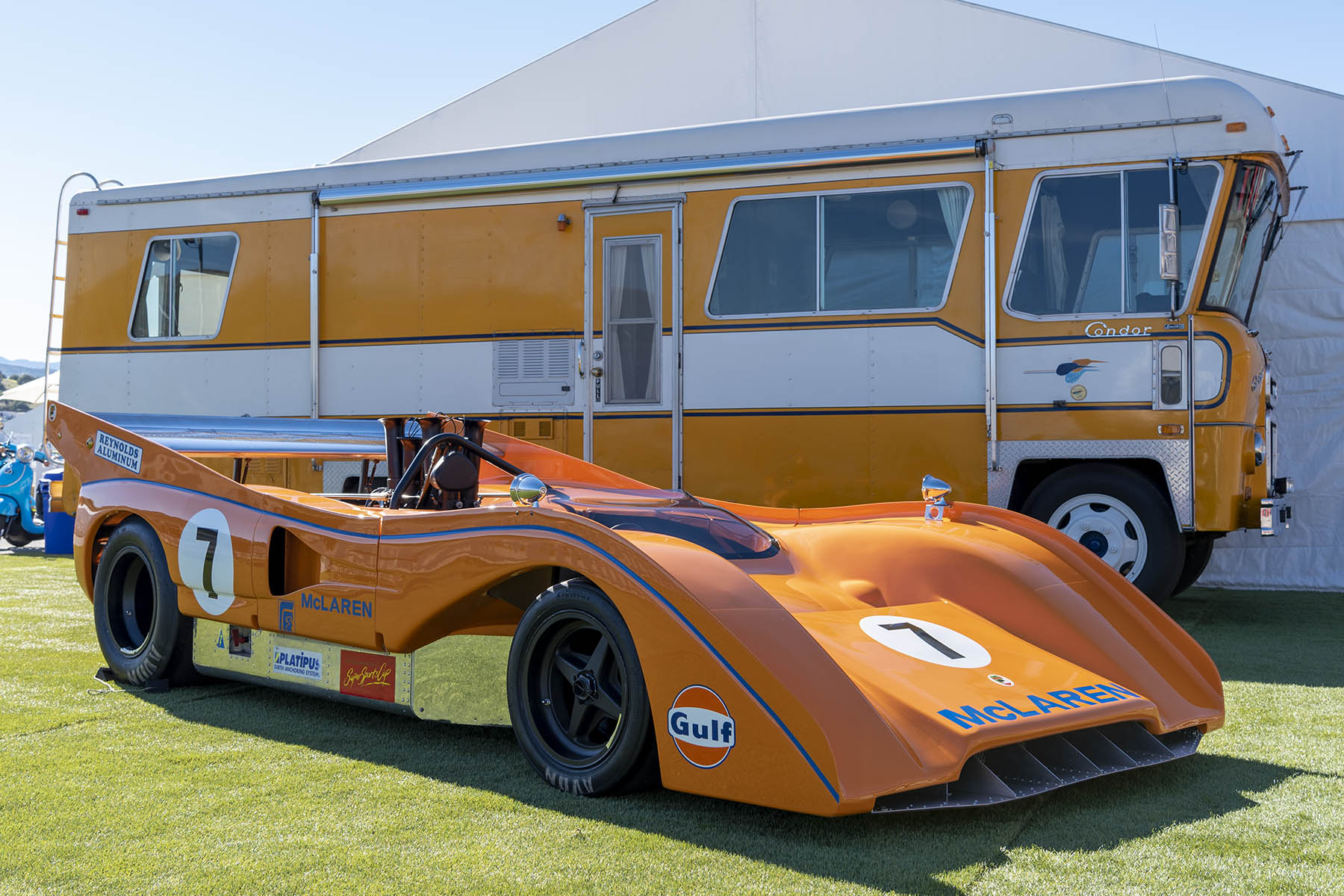 The 1971 Condor was a motor-home that McLaren used for trackside meetings, and obviously painted in McLaren orange. © Rex McAfee

For the 2021 Velocity Invitational held at Weathertech Raceway Laguna Seca, Zak and McLaren Racing brought four “now-retired” Formula 1 cars along with two-time World Champion Mika Häkkinen to give demonstration laps. Along with Mika, Zak drove the cars as did American vintage racer Charles Nearburg who was rumored to be buying the MP4/26 for his stable. If you have ever seen Charles pilot his Williams F1 car during a Masters Historic F1 event, you know he is one quick driver. 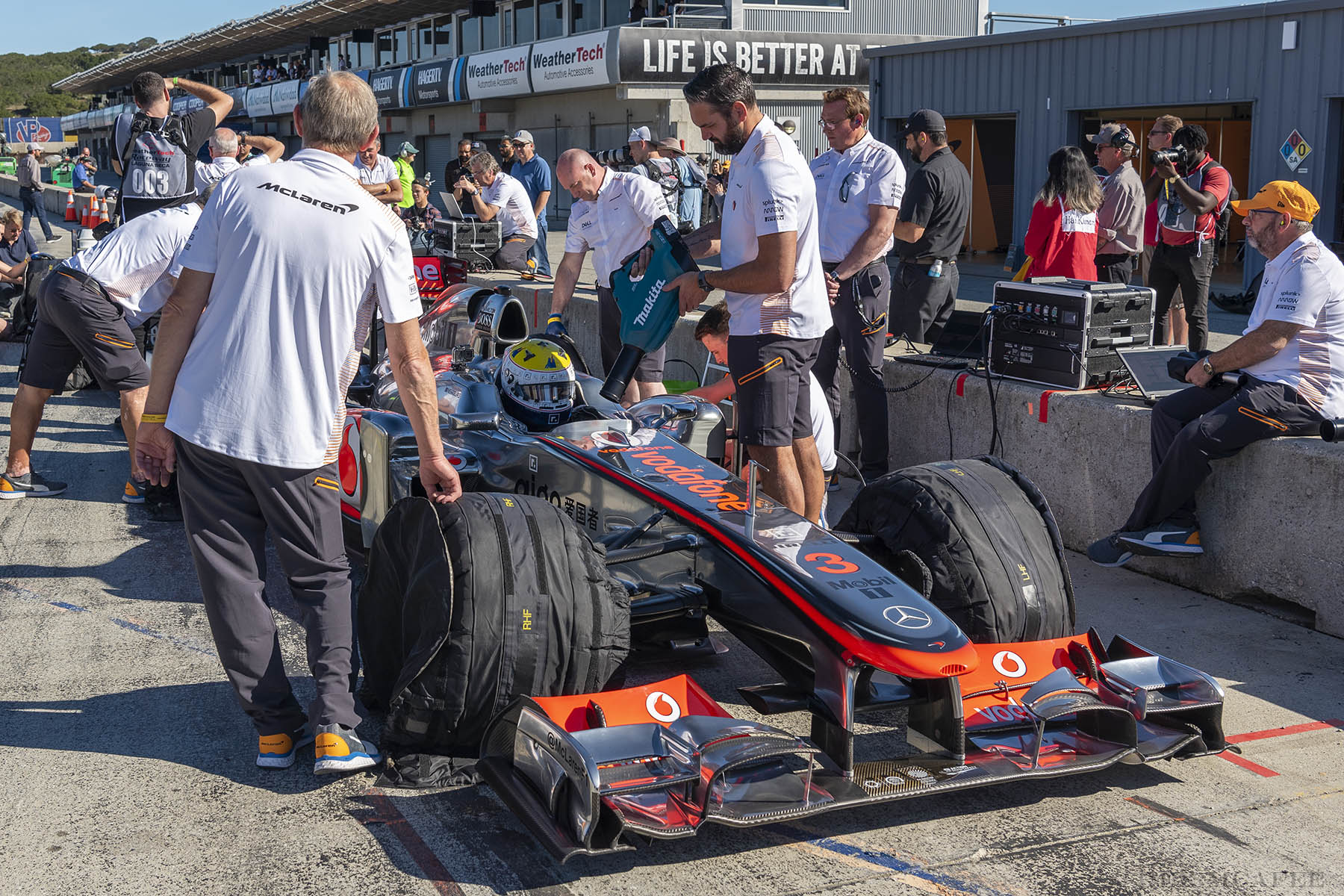 Back to the “Condor Summit”, Zak came into the motor home straight from the grid where he had just been driving his 1980 Williams FW07B F1 car. Believe me…Zak is fast and took his Williams around Laguna Seca at full tilt.  With the top of his driving suit tied around his waist, he sat down after introductions. After asking each of my questions, he gave them a moment of thought and responded with concise answers; professionalism at its best. As you listen to the interview, you’ll learn more about where McLaren Racing will be in the future American vintage scene, specifically at the Velocity Invitational in years to come. 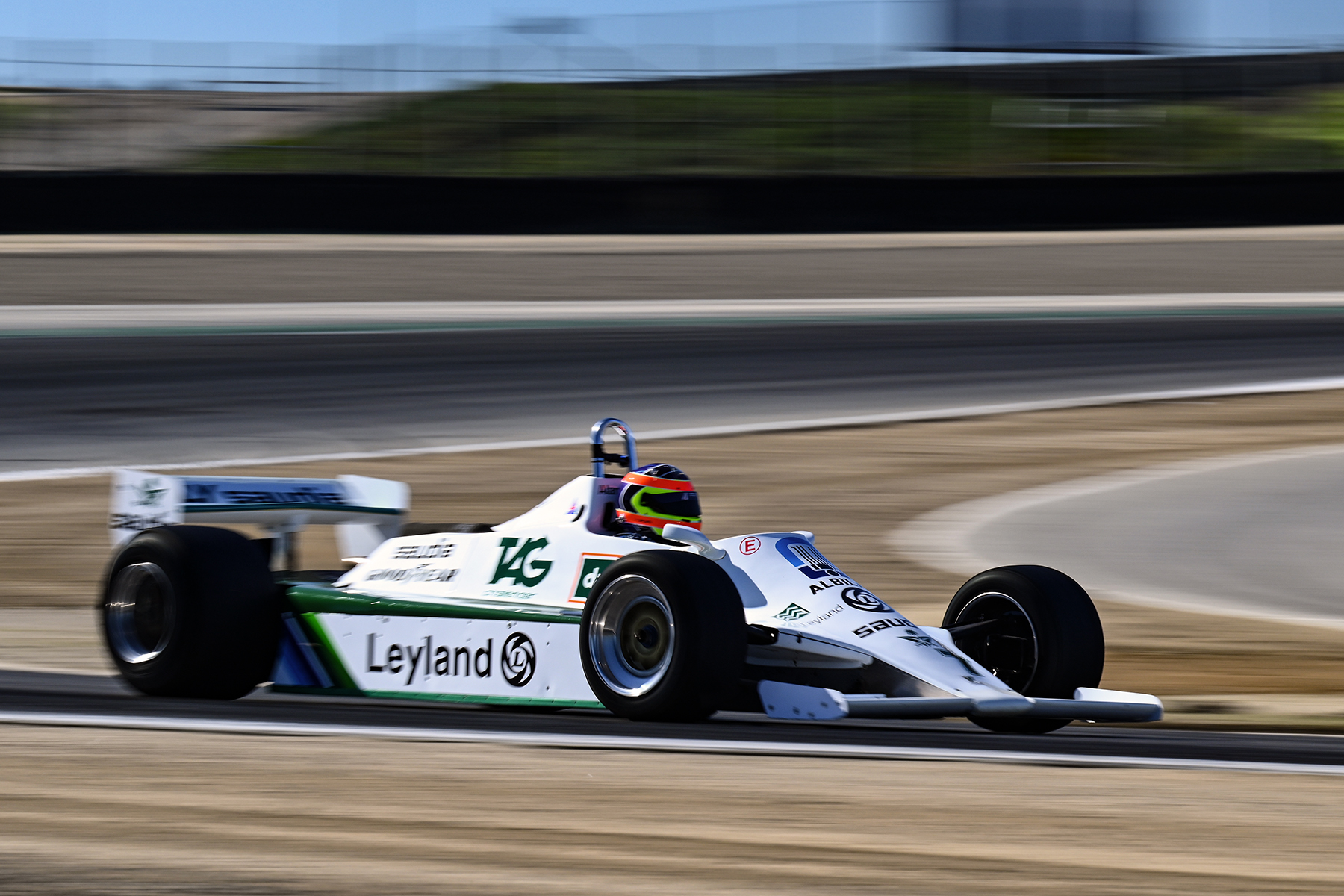 Aside from Zak and the F1 demonstration laps, McLaren also added some flavor to the weekend by furnishing rides in a number of sleek road cars. They even had a two-seat Formula One car for those who could fit. Not me.

I hope you enjoy the interview as much as I did. And with distant sounds of F1 cars warming up…it just doesn’t get much better!

A final thanks to Ryan Turri, Velocity

Did you miss our previous article…
https://www.mansbrand.com/prestigious-custom-car-and-truck-competition-barrett-jackson-cup-presented-by-ebay-motors-returns-for-2022-scottsdale-auction/

How AI Is Impacting the Automotive Industry