InSight’s heat probe has failed on Mars. Is the mission a failure?

For two years now, NASA’s InSight probe has sat on the surface of Mars, attempting to dig 5 meters (16 feet) deep in order to install the lander’s heat probe. The instrument was going to effectively take the planet’s temperature and tell scientists more about the internal thermal activity and geology of Mars.

InSight never even got close to realizing that goal. On January 14, NASA announced that it was ending all attempts to place the heat probe underground. Affectionately referred to as “the mole,” the probe is designed to dig underground with a hammering action. But after the first month of its mission, it  was unable to burrow more than 14 inches into the ground before getting stuck. NASA has been working since to come up with some kind of solution, including using InSight’s robotic arm to pin the mole down with added weight to help it loosen up some dirt and get back to burrowing.

It never really worked. The Martian dirt has proved to be unexpectedly prone to clumping up, diminishing the sort of friction the mole needs to spike its way deeper and deeper. Ground crews came up with a last-ditch effort recently to use InSight’s arm to scoop some soil onto the probe to tether it down and provide more friction. After attempting 500 hammer strokes on January 9, the team soon realized there was no progress to be had.

It’s discouraging news, given that NASA just recently decided to extend InSight’s mission to December 2022. During that time, there won’t be much of a role for the heat probe. Bruce Banerdt, the InSight principal investigator, says that the planet’s temperature could still be measured at the surface and a few inches below the surface using some of the instruments on InSight that still work. “This will allow us to determine the thermal conductivity of the near surface, which might vary with season due to changing atmospheric pressure,” he says. 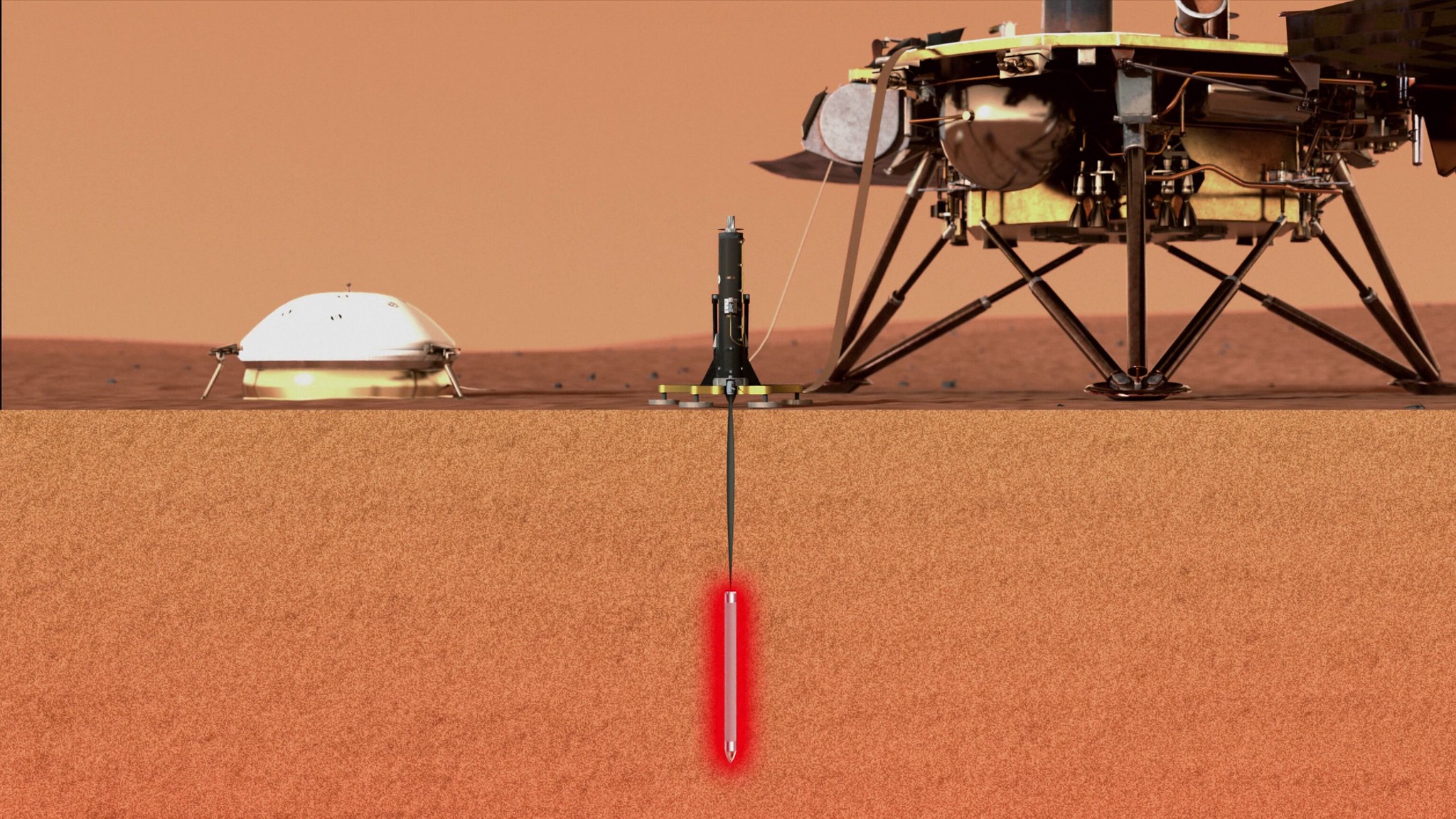 An illustration of how InSight’s mole was supposed to be deployed on Mars.DLR

And while the mole was unable to accomplish what was expected, it’s not accurate to see this as a failure. “We have encountered new soil properties that have never before been encountered on Mars, with a thick, crusty surface layer that decreases its volume substantially when crushed,” says Banerdt. “We do not yet