When you think of a company like Alfa Romeo, which boasts a century of creating legendary sports cars, the 156 GTA is probably not the first to cross your mind. Sure, it isn’t the most recognized sports car coming from the fabled Milanese company, but it is an important chapter in Alfa Romeo’s 21st century history.

By digging into its origins, we’re here to see what makes this front-wheel drive Alfa Romeo so special and why it is worthy of the exclusive GTA badge.

GTA was a denotation so seldomly used in Alfa Romeo’s history that its mention has almost mythical properties. It stands for Gran Turismo Alleggerita, or lightened grand tourer and was applied to a selected few Tipo 105 Giulia coupés during the 1960s and the 1970s.

For these featherweight race cars, Alfa Romeo’s Autodelta racing outlet used aluminum body panels and magnesium wheels, clear plastic instead of glass as well as other tricks to keep them lighter, nimbler and quicker than the competition.

Upping the engines’ performance too, GTA Giulias were formidable contenders on race tracks throughout Europe and prestigious road cars for the most daring Alfisti around. 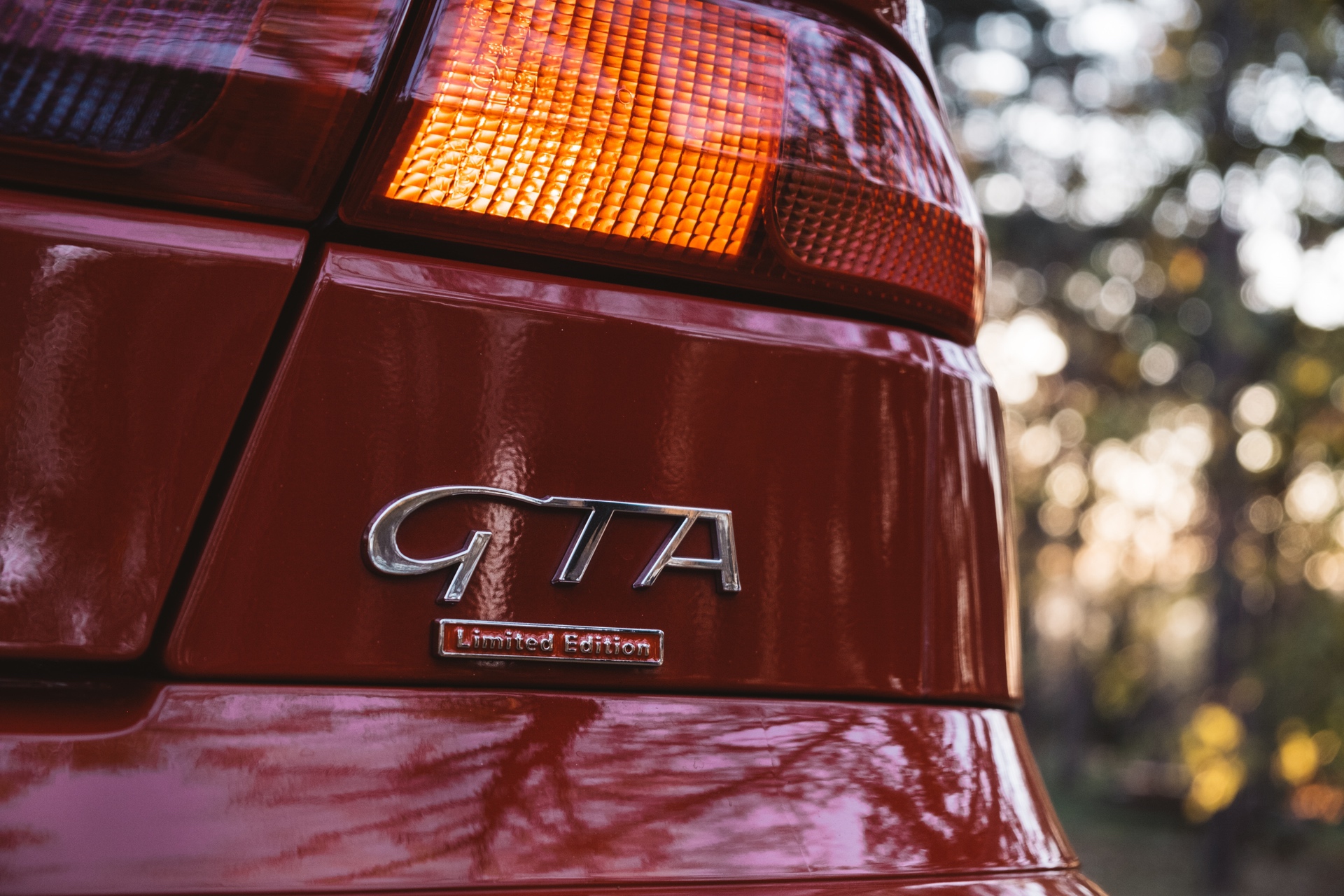 Alfa Romeo lived through its golden post-WW2 era rather gloriously. But the late 1970s and the 1980s took its toll on the company, leading to Fiat’s takeover in 1986.

Under Fiat, Alfa Romeo was thoroughly transformed, and in 1992, the rear-wheel drive 75 was eventually discontinued in favor of the 155 sedan, marking the penultimate step towards a complete switch to front-wheel drive production models in 1994, when the aging Duetto was replaced by the Tipo 916 Spider.

Even with its identity shaken down to the core and abandoned for survival’s sake, Alfa Romeo didn’t ever lose its beauty. In the second half of 1990s, though, it needed a new forerunner to break away from the wedge design language.

That car was in development from 1993 and was internally known as Tipo 932. Three creative houses applied for the new design: Giugiaro’s ItalDesign, Pininfarina and Alfa Romeo’s own Centro Stile with Walter de Silva.

The 156 was an instant hit, winning the 1998 European Car of The Year by a landslide. It put Alfa Romeo back in business in great style.

Under the beautifully sculpted sheet metal, the engine bay could accommodate a transversely mounted Busso V6, and being so, the 156 displayed potential for a performance variant. The development of the range-topping 156 GTA was carried out in-house with inputs from engineers at Maserati.

At the time, the European market was populated by a few V6-powered front-wheel drive performance cars like the Mondeo ST, Opel/Vauxhall Vectra GSi. But despite their performance, these cars couldn’t offer what Alfa Romeo did: style, charm and a sense of exoticism.

Indeed, the 156 GTA not only felt, looked and sounded more exotic—but with the price being the equivalent of $50,000, it really was in a league of its own.

The Alfa Romeo 156 GTA debuted at the 2001 Frankfurt Motor Show alongside the Busso-powered 147 GTA hot hatchback, Alfa Romeo’s answer to Volkswagen and its Golf R32. 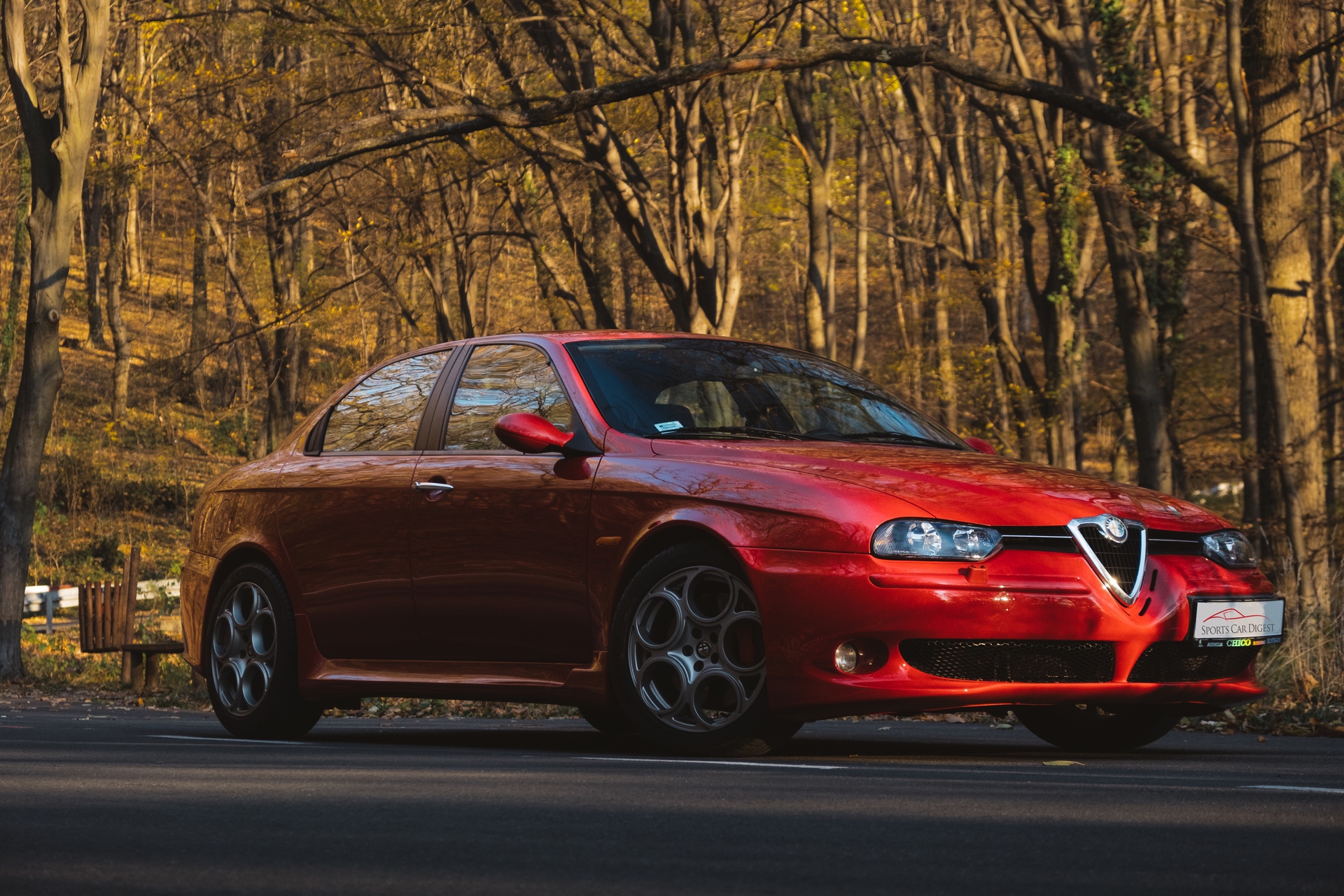 Between the introduction at the 2001 Frankfurt Motor Show and 2005, Alfa Romeo produced only 1,973 sedans and 1,678 sport wagons. A small portion of both was offered in RHD, making them some of the rarest modern day Alfa Romeos.

Given that Fiat pulled the Alfa Romeo brand from North America in 1995, the 156 GTA never got to North America—but

Did you miss our previous article…
https://www.mansbrand.com/two-for-the-show-gm-double-header-69-camaro-cutaway-display/