The word ‘iconic’ is loosely applied to many cars these days, but the worthiness of the term can sometimes be questioned. The 1970 Porsche 917K, chassis # 917 031/026, being the vehicle that challenged at the 1970 24 Hours of Le Mans with Mike Hailwood and David Hobbs behind the wheel has earned the term iconic.

The vehicle, wearing the blue and orange Gulf livery, is the very car that starred in the original racing footage employed in Steve McQueen’s Le Mans movie.

RM Sotheby’s will offer this astonishingly iconic racing vehicle and ‘Le Mans’ film star at its Monterey sale on 13-14 August.

The Porsche 917 needs no introduction to any motorsport enthusiast, with the early 917K coupe form commonly considered ‘The World’s Greatest Sports Car.’ It features a flat-12 cylinder, air-cooled engine that can launch the vehicle to speeds over 230 mph.

JW Automotive Engineering / Gulf Racing team had Chassis ‘026’ built as one of their three 1970 24 Hours of Le Man’s race entries. The example was unique for having a modified version of the Gulf livery, with its whole roof, sprayed orange down to the beltline. This differed from the other cars with the orange centerline stripe.

Displaying race number ‘22’, David Hobbs and Mike Hailwood drove the vehicle during the Le Man’s race. In challenging wet circumstances, the vehicle completed 49 laps, but on the 50th lap, Mike Hailwood aquaplaned and crashed, forcing the car to retire.

Subsequent to Le Mans, the factory repaired the chassis and it was re-numbered ‘031’, being rebodied as a Porsche 917 Spyder with the purpose of competing at the 1972 European InterSerie Championship. 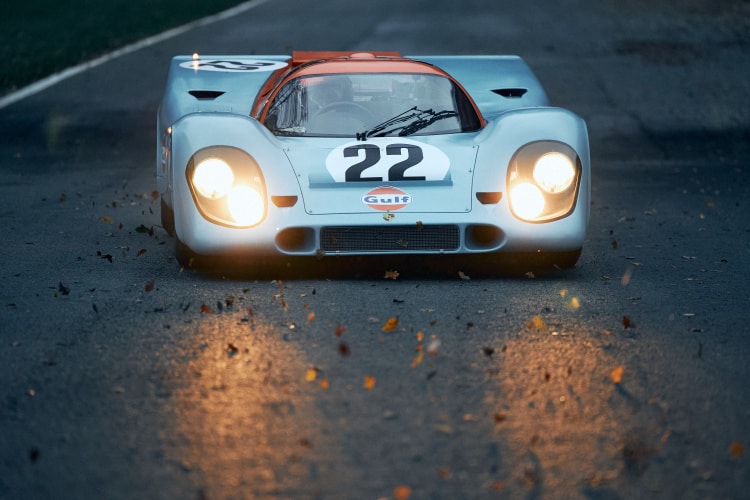 Did you miss our previous article…
https://www.mansbrand.com/split-window-sting-ray-the-1963-corvette-was-a-legend-in-the-making/

Incredible Cars Turning 25 This Year (Ripe for Importation to the USA!)

Restore Your Luxury and Exotic Vehicles with These 5 Tips