How the AI industry profits from catastrophe

It was meant to be a temporary side job—a way to earn some extra money. Oskarina Fuentes Anaya signed up for Appen, an AI data-labeling platform, when she was still in college studying to land a well-paid position in the oil industry.

But then the economy tanked in Venezuela. Inflation skyrocketed, and a stable job, once guaranteed, was no longer an option. Her side gig was now full time; the temporary now the foreseeable future.

Today Fuentes lives in Colombia, one of millions of Venezuelan migrants and refugees who have left their country in search of better opportunities. But she’s trapped at home—both by a chronic illness that developed after delayed access to health care and by opaque algorithms that dictate when she works and how much she earns.

Despite threats from Appen to retaliate against her, she chose to go on the record as a named source. She wants people to understand what her life is like to be a critical part of the global AI development pipeline yet for the beneficiaries of her work to also mistreat her and make her invisible. She wants the people who do this work to be seen.

Appen is among dozens of companies that offer data-labeling services for the AI industry. If you’ve bought groceries on Instacart or looked up an employer on Glassdoor, you’ve benefited from such labeling behind the scenes. Most profit-maximizing algorithms, which underpin e-commerce sites, voice assistants, and self-driving cars, are based on deep learning, an AI technique that relies on scores of labeled examples to expand its capabilities.

The insatiable demand has created a need for a broad base of cheap labor to manually tag videos, sort photos, and transcribe audio. The market value of sourcing and coordinating that “ghost work,” as it was memorably dubbed by anthropologist Mary Gray and computational social scientist Siddharth Suri, is projected to reach $13.7 billion by 2030. 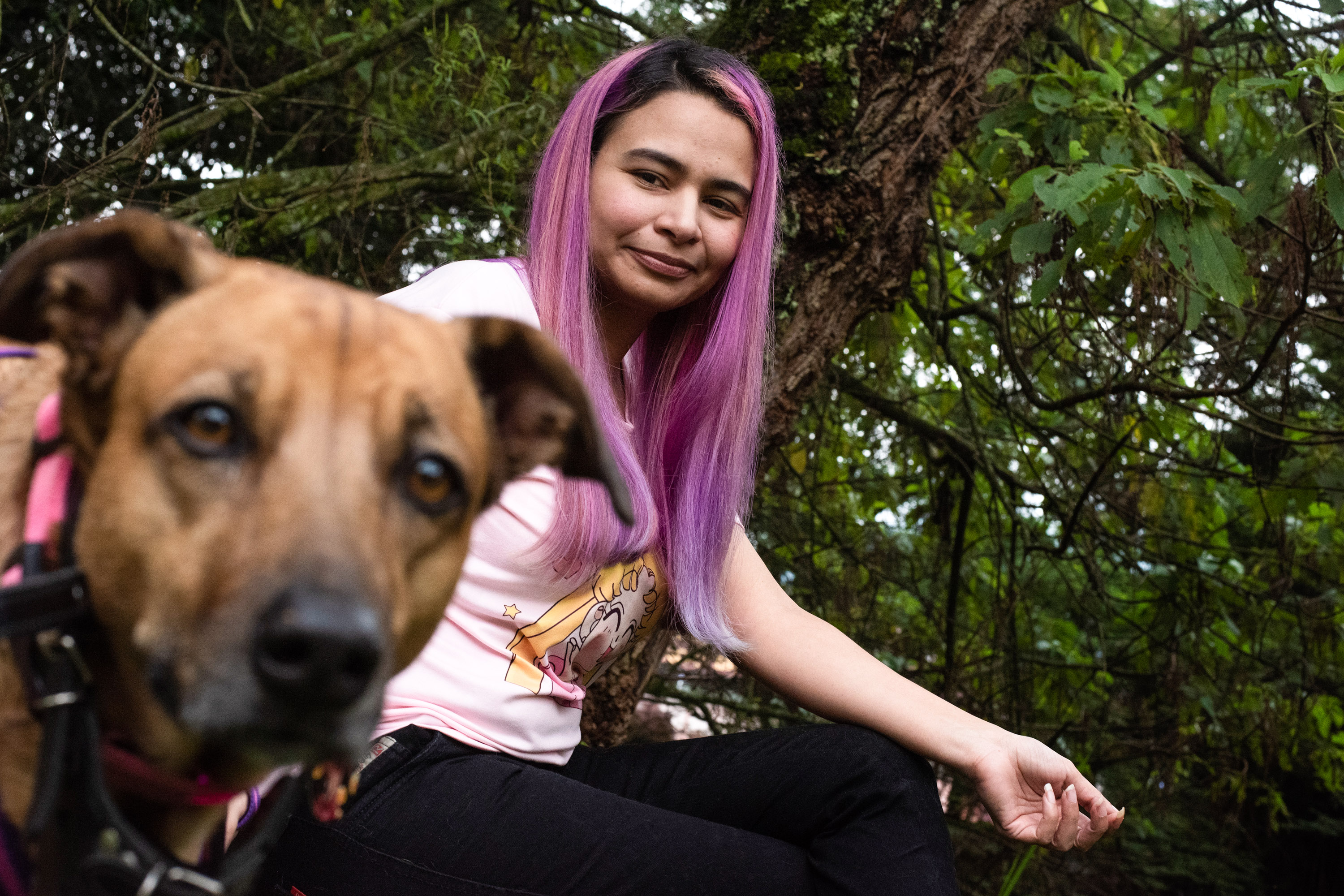 Despite threats from Appen to retaliate against her, Oskarina Fuentes Anaya chose to go on the record.JOANA TORO

Over the last five years, crisis-ridden Venezuela has become a primary source of this labor. The country plunged into the worst peacetime economic catastrophe facing a country in nearly 50 years right as demand for data labeling was exploding. Droves of well-educated people who were connected to the internet began joining crowdworking platforms as a means of survival.

“It was like a freak coincidence,” says Florian Alexander Schmidt, a professor at the University of Applied Sciences HTW Dresden who has studied the rise of the data-labeling industry.

Venezuela’s crisis has been a boon for these companies, which suddenly gained some of the cheapest labor ever available. But for Venezuelans like Fuentes, the rise of this fast-growing new industry in her country has been a mixed blessing. On one hand, it’s been a lifeline for those without any other options. On the other, it’s left them vulnerable to exploitation as corporations have lowered their pay, suspended their accounts, or discontinued programs in an ongoing race to offer increasingly low-cost services to Silicon Valley.

“There are huge power imbalances,” says Julian Posada, a PhD candidate at the University of Toronto who studies data annotators in Latin America. “Platforms decide how things are done. They make the rules of the game.”

To a growing chorus of experts, the arrangement echoes a colonial past when empires exploited the labor of more vulnerable countries and extracted profit from them, further impoverishing them of the resources they needed to grow and develop.

Now, as some platforms are turning their attention to other countries in search of even cheaper pools of labor, the model could continue to spread. What began in Venezuela set an expectation among players in the AI industry for how little they should have to pay for such services, and it created a playbook for how to meet the prices that clients have come to rely on.

“The Venezuela example made so clear how it’s a mixture of poverty and good infrastructure that makes this type of phenomenon possible,” Schmidt says. “As crises move around, it’s quite

Did you miss our previous article…
https://www.mansbrand.com/the-gene-edited-pig-heart-given-to-a-dying-patient-was-infected-with-a-pig-virus/