Hitchhiking in the cab of a sand truck late one Saturday night in 2018, Bill Kirwa had almost forgotten about the bet. The wager he’d placed that afternoon had been a long shot: to win, he’d need to correctly pick which team was ahead, at both halftime and full time, in four soccer matches on three continents. On the road and broke, Kirwa had been so preoccupied with finding a ride home he didn’t notice that the first three games had turned out just as he’d predicted. Then, 5,000 miles away at the Stadio Olimpico in Rome, Lorenzo Insigne launched a ferocious shot on goal that secured his squad, Napoli, a 2–1 win in the team’s first contest of the Italian Serie A season. Kirwa had gotten this one right as well—and as the lorry he’d flagged down lurched through Kenya’s western highlands, his Infinix smartphone dinged with a notification. The bet of 3,500 Kenyan shillings he’d placed with mobile money, then worth approximately $35, had just turned into nearly $8,500. He almost let out a yelp, but glancing at the driver, he thought better of it. “I didn’t want that guy to notice,” he recalled recently. “From the day I was born, I had never seen so much money.”

Kirwa, now 26, put the windfall to good use, purchasing a car that enabled him to drive for Wasili, an Uber-style ride-hailing service in the nearby town of Eldoret. But he continued gambling, and over time, his losses mounted. In just a few years, he’s effectively erased his big win. 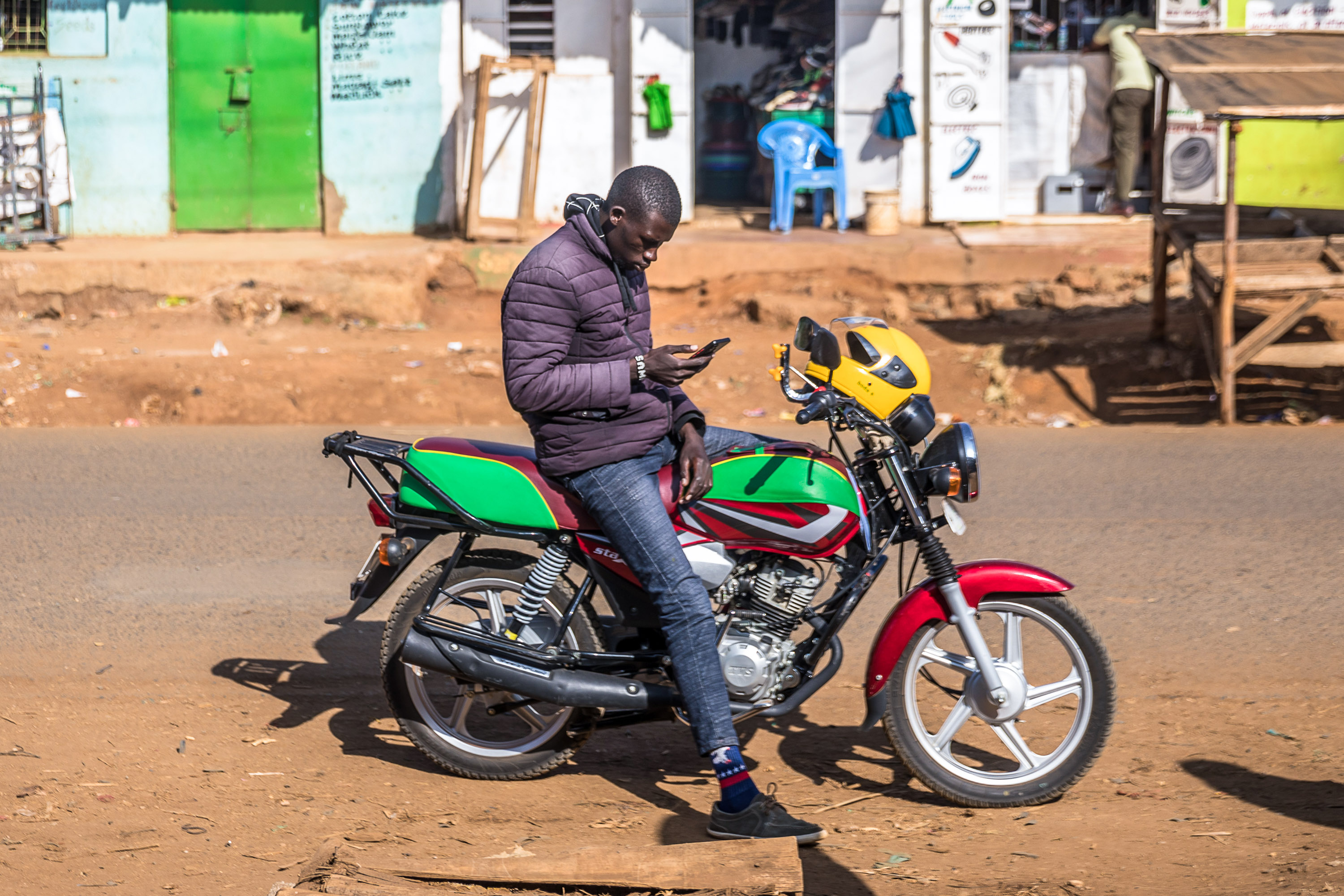 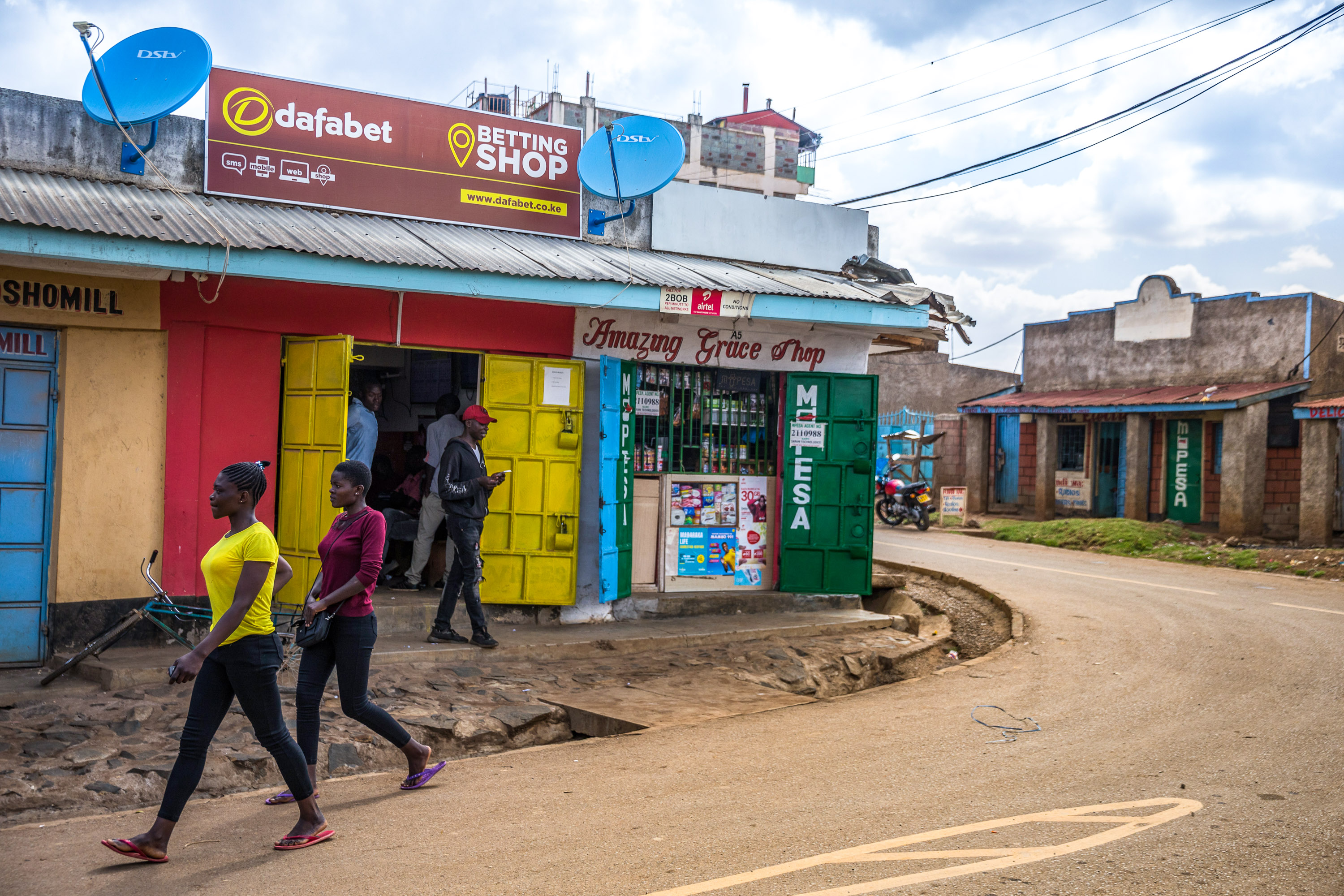 Mobile money has widened financial opportunities in Kenya. It has also made sports betting, which still persists in brick-and-mortar locations even easier.

Kirwa’s experience is hardly unique. Since the middle of the last decade, elected officials, community leaders, and researchers from Kenya and across the African continent have been sounding the alarm over the rising prevalence of sports betting. The practice has produced tales of riches far greater than Kirwa’s, but it has also broken families, consumed college tuitions, and even driven some to suicide.

Sports betting in Africa is not an entirely digital phenomenon: dingy betting parlors filled with underemployed youth have long been fixtures of the urban landscape. Increasingly, though, gambling has moved online, aided by the rapid spread of technologies like smartphones, high-speed internet, and mobile money platforms, which enable payments via phones without a bank account. Today, gambling happens almost anywhere: on college campuses, in far-flung villages, or even, as Kirwa admits with a hint of embarrassment, behind the wheel while driving. Experts say this ease of access is driving up participation and making betting more addictive across Africa—in economic powerhouses like Nigeria and South Africa; in poorer, more fragile states like the Democratic Republic of the Congo; and in soccer meccas such as Senegal, home to the 2021 Africa Cup of Nations champions, where online betting got a late start but is now growing by 50% each year.

Nowhere, though, is the craze as acute as it is in Kenya, the country that gave birth to the continent’s first mobile money service, M-Pesa, and is often called Africa’s “Silicon Savannah” for its status as a regional tech powerhouse. While the country’s mobile money revolution has played a well-documented

The Download: How AI capitalizes on catastrophe, and the Bitcoin cities of Central America

The Download: a big DeepMind breakthrough, and fixing the US grid