How MIT ended up on Memorial Drive

On March 23, 1912, the very day the subway connecting Boston and Cambridge opened to the public, another event took place that would change Kendall Square even more profoundly than the new, state-of-the-art transit system. As fate would have it, that was the day when a large swath of property adjacent to the square was formally conveyed to MIT, paving the way for the school’s move across the river from the Back Bay.

The Massachusetts Institute of Technology today forms such an essential part of Kendall Square—intertwined with the very definition of what the square is—that it may seem surprising to learn that the Institute’s arrival was by no means certain. In fact, if an enterprising businessman named Charles Davenport had realized his vision for the marshland on the banks of the Charles River, it’s very unlikely that the university would have come to Cambridge at all.

Davenport had started out as a woodworker’s apprentice, got into the coach-­making business, and ultimately sold his pioneering railcar-making operation at 700 Main Street in 1855. But he remained extremely interested in what was going on around what was then called Dock Square, even as he traveled throughout the United States, took several trips to Europe, and made at least one sojourn to Cuba. During a visit to Havana in the 1850s, Davenport got the inspiration for developing the shoreline on both sides of the Charles River into a vast park. In Cuba’s capital, the former wheelwright “saw the small embankment on the bay there, where the people sat under the palms, enjoying the breezes.” That made him think of the Charles River and the salt marshes and mudflats that lined it on both sides. He envisioned “a boulevard along each river bank … two hundred feet in width,” and a stately residential district occupying much of the area where MIT now stands, to mirror that of Boston’s Back Bay.

Davenport already owned some of the marshland on the Cambridge side of the river. Upon returning to Boston, he began buying up more. He eventually accumulated three-fourths of the shoreline flats between the Cottage Farm and West Boston bridges (now the Boston University and Longfellow bridges, respectively), a roughly 2.5-mile stretch on the Cambridge side of the river. It was, essentially, the backyard of both his own former carriage works and Edward Kendall’s boiler-making operation. 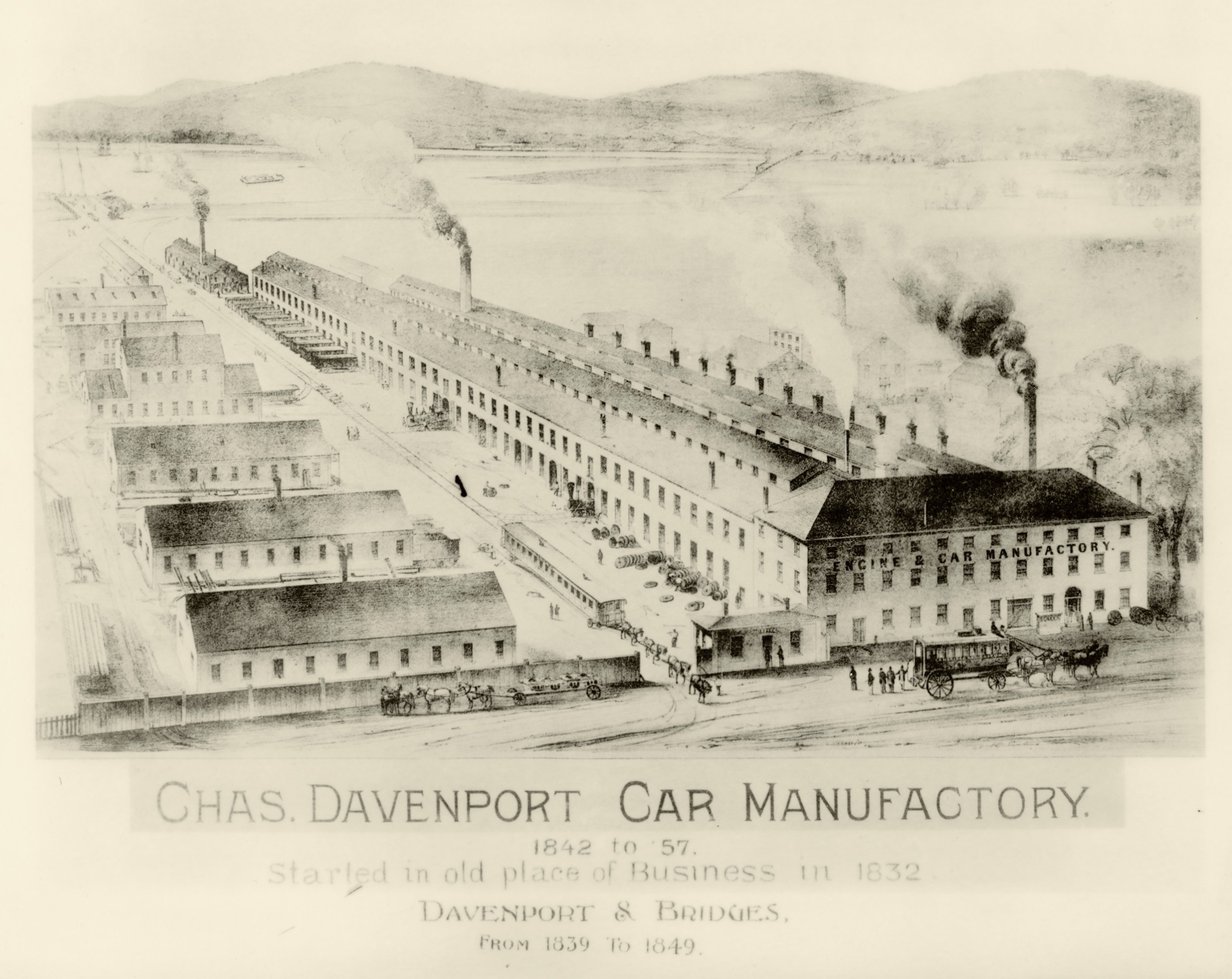 The section of the Charles River around what is now Kendall Square had long been unappealing. In the 1800s, the Charles was dammed upriver for mills, and the bordering marshlands were filled for commercial and residential developments. At low tide, the lower Charles, including the area near Kendall Square, became a settling ground for sewage. By the mid-1800s, several plans had been advanced to fill the mudflats and marshes and make the Charles into a world-class public space and park system, but there had been little traction by the time Davenport got active—and he meant to change that.

Davenport formed the Charles River Embankment Company with some associates in 1880 to pursue his dream of creating Havana-like esplanades on both sides of the river. In Cambridge, his plans included a seawall or embankment that would protect the wide public esplanade and the line of grand homes to be constructed just inland. All this was imagined for just upriver from Dock Square, almost exactly where MIT now sits.

Davenport envisioned “a boulevard along each river bank … two hundred feet in width,” and a stately residential district occupying much of the area where MIT now stands, to mirror that of Boston’s Back Bay.

It almost happened—and there would almost certainly have been no MIT in Cambridge if it had. In 1882, the cities of Cambridge and Boston agreed to build a new bridge across the widest part of the river basin (this became the Harvard Bridge, along what was later named Massachusetts Avenue). The Embankment Company negotiated a deal. By giving up the land the city needed for an approach to the bridge and for

Did you miss our previous article…
https://www.mansbrand.com/kapow/

A piece of our mind