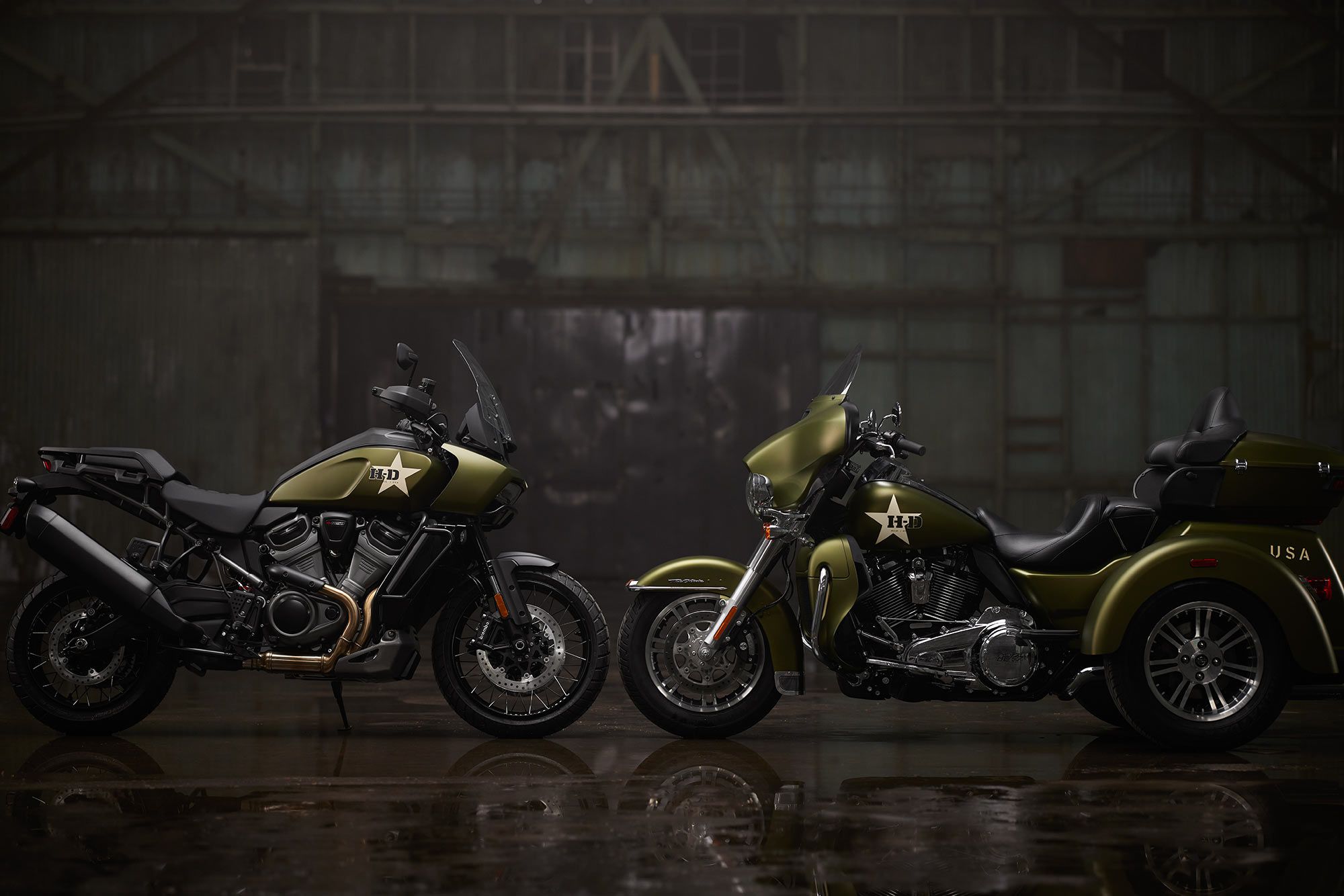 As a way to honor the brave men and women who serve and defend this country, Harley-Davidson will sell special military-themed editions of the Pan America 1250 Special and Tri Glide Ultra. 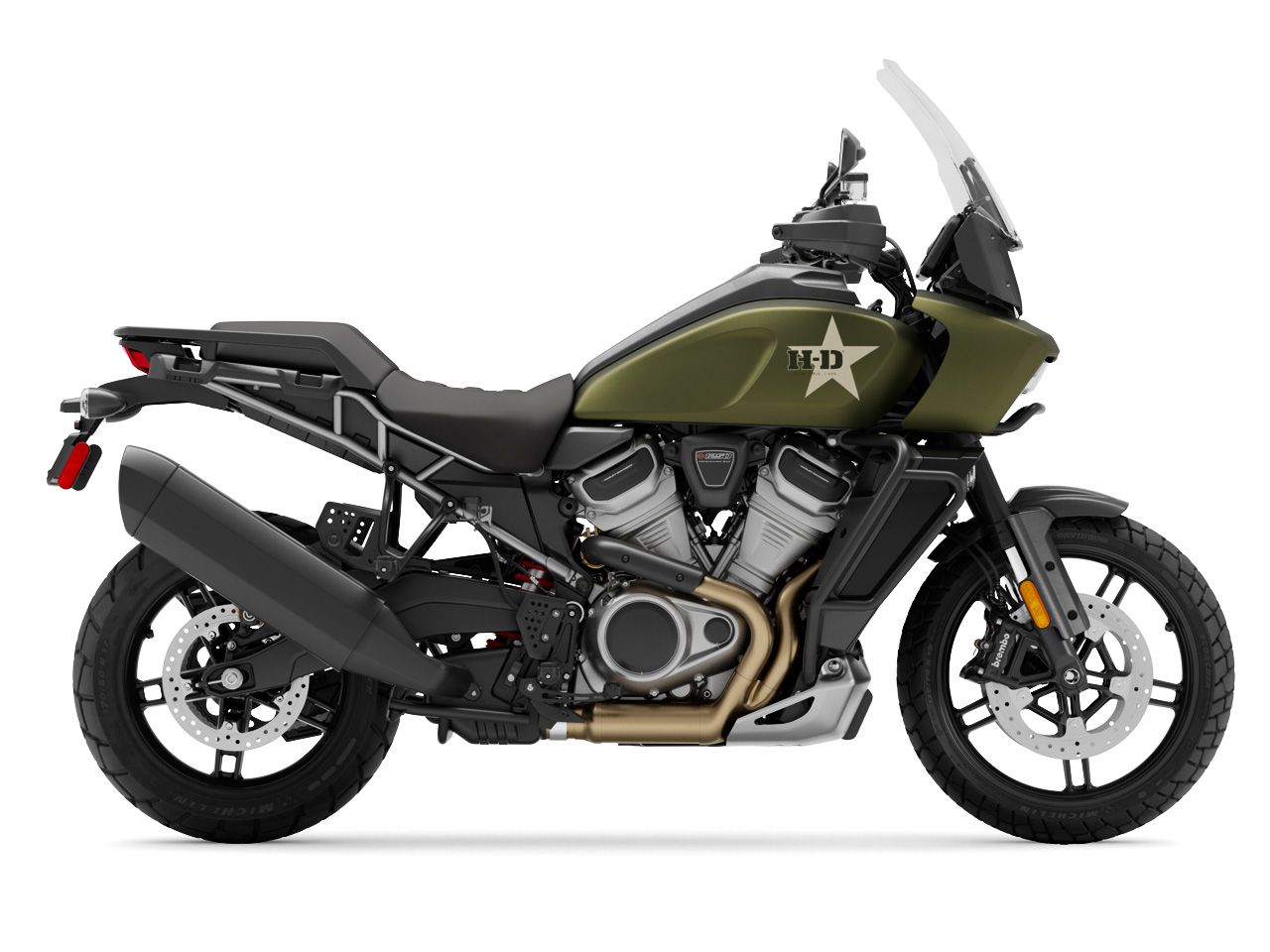 The rugged look of the Pan Am is taken up a notch with the limited-edition paint and graphics. (Harley-Davidson/)

Related: Harley-Davidson Goes for ADV Glory With the Pan America 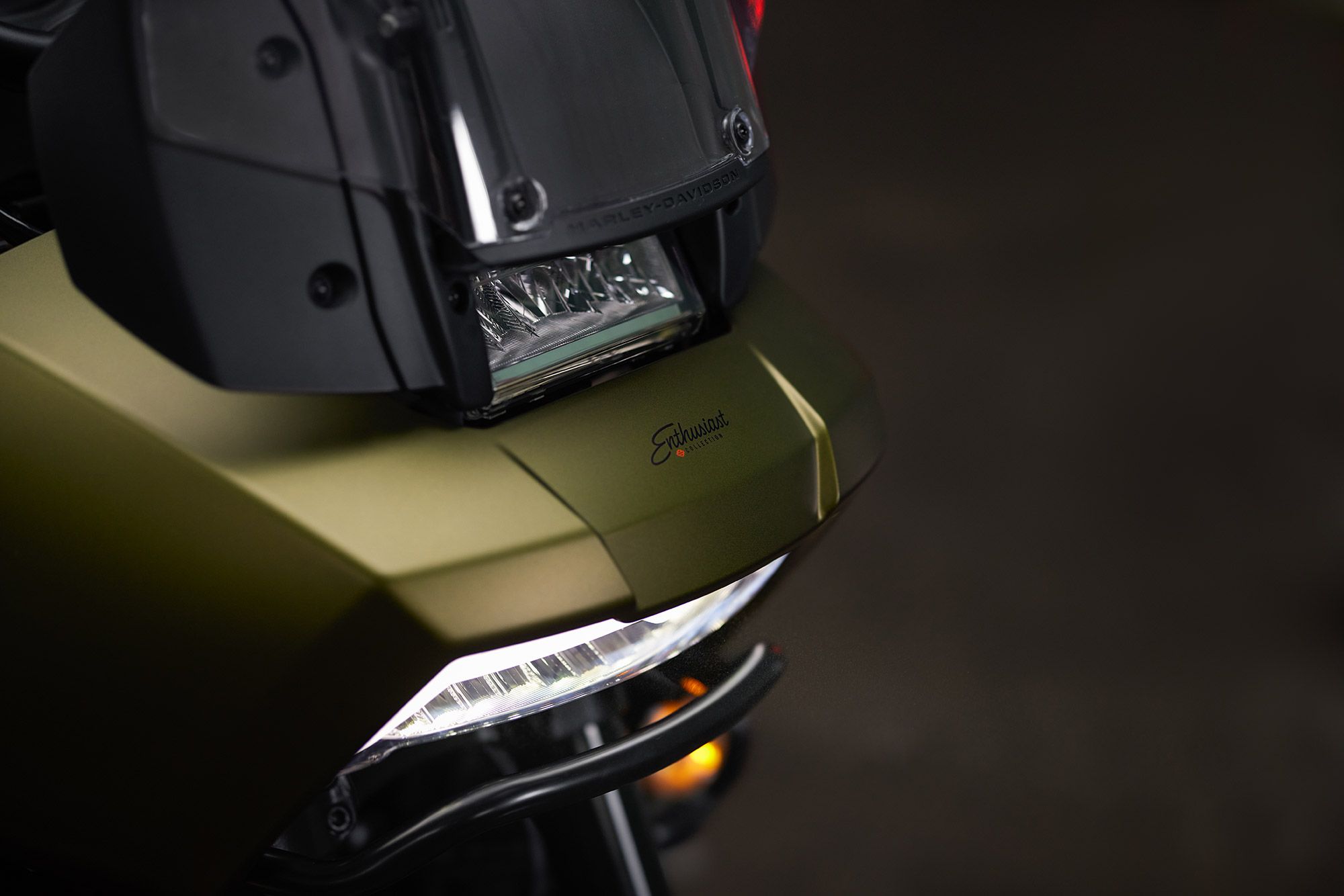 An Enthusiast Collection logo is situated above the Daymaker adaptive headlight. (Harley-Davidson/)

The G.I. Edition is set apart from other Bar & Shield ADVs by its unique Mineral Green Denim Deluxe paint, which is intended to evoke the government standard single-layer flat olive drab enamel used on World War II-era Harley-Davidson WLA motorcycles. A white star is painted on both sides of the tank.

“The tank graphic celebrates the iconic white five-point star, which was used during WWII on military vehicles,” Harley-Davidson Vice President of Design Brad Richards says. “The tank graphic also features a stenciled ‘H-D’ and a location of Milwaukee, Wisconsin abbreviated, inspired from the spec tags found on government-issued military equipment. The stenciled approach is a treatment often found on military vehicles as lettering was frequently done in the field. Here we’re calling out the birthplace of the Harley-Davidson Motor Company and the original WLA model.” 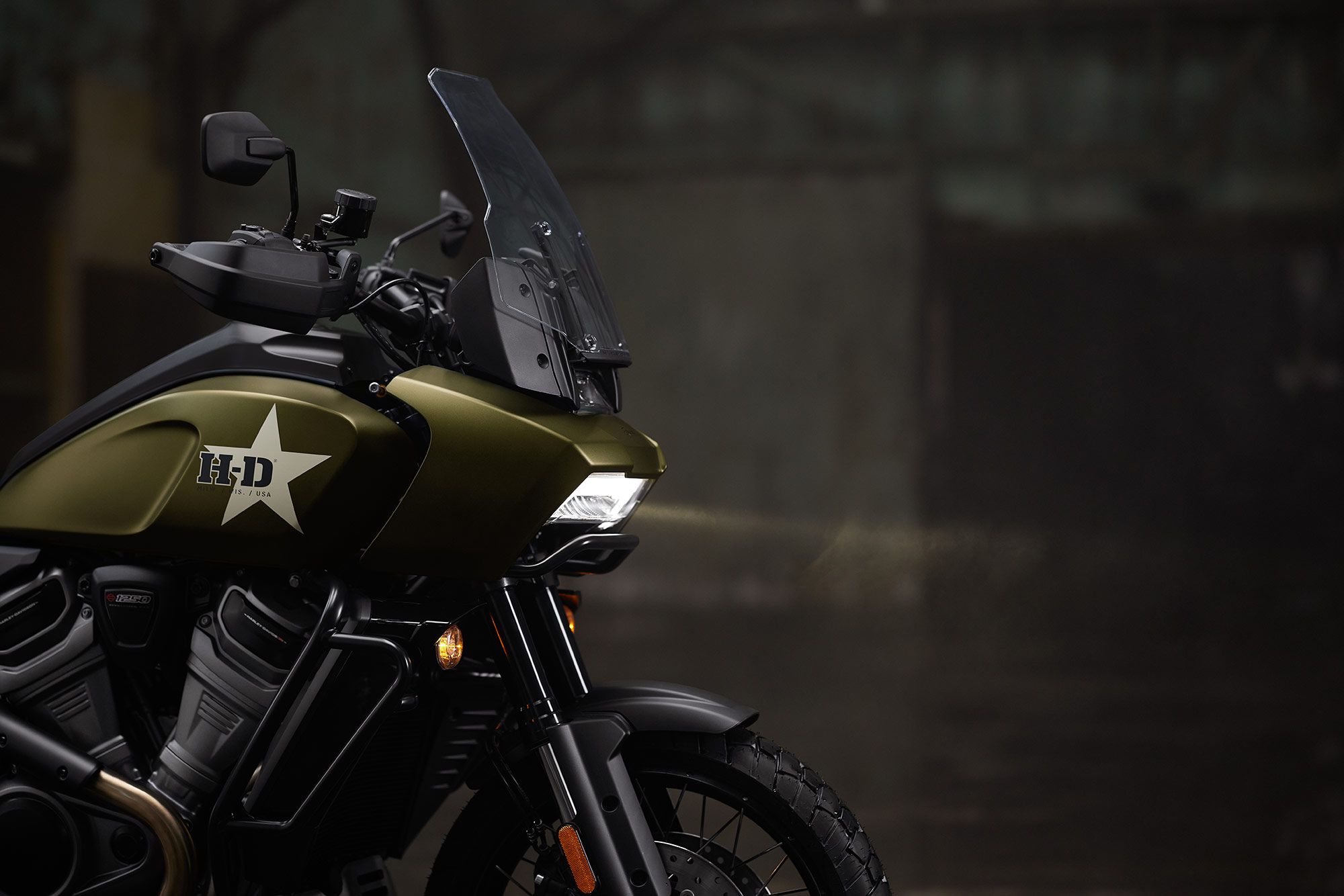 The special-edition model is available with cast wheels or spoked wheels, the latter adds $624 to the MSRP. (Harley-Davidson/) 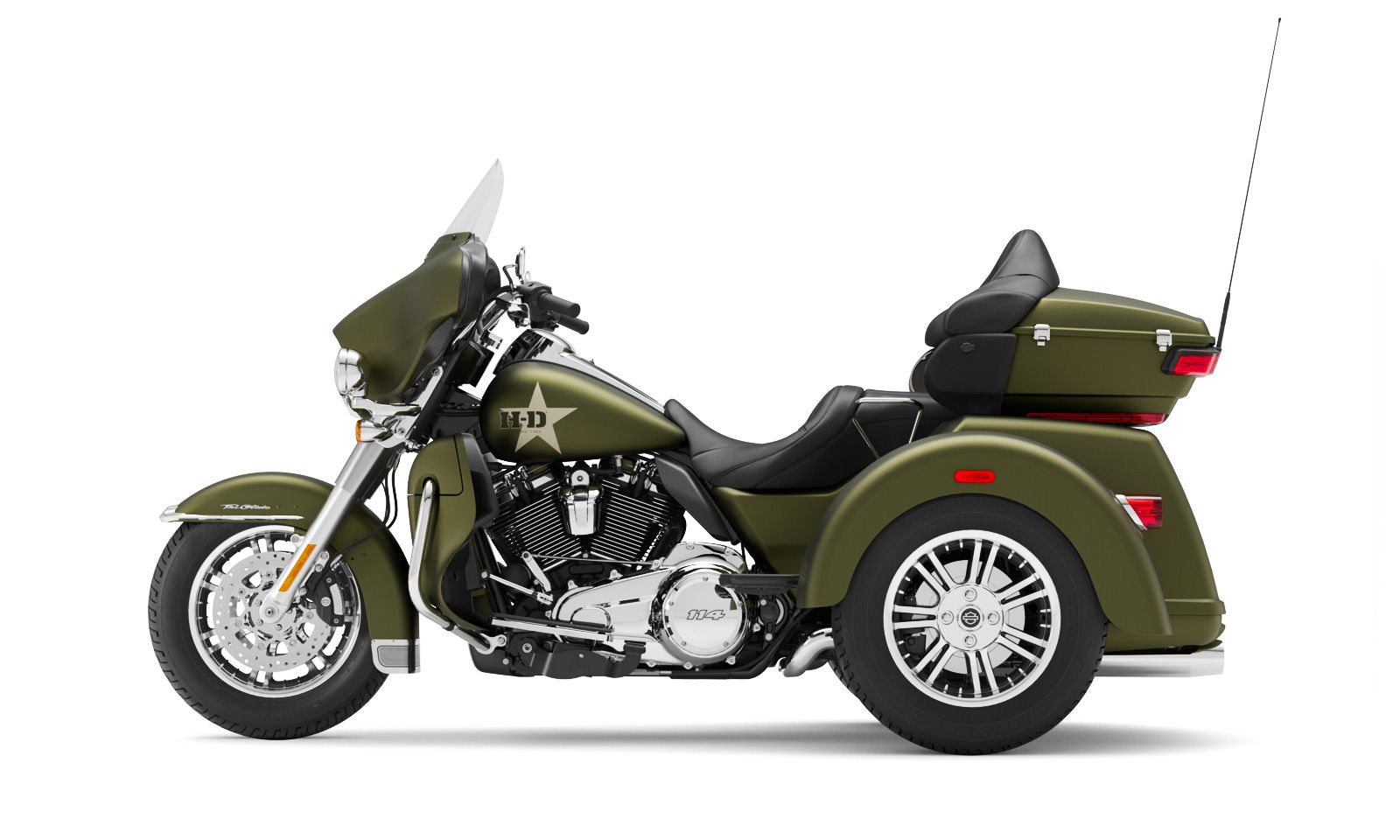 Harley’s long-haul touring trike, the Tri Glide Ultra, also receives a special coat of Mineral Green Denim Deluxe. Like the Pan America, the technical elements of this G.I. trike are the same as the standard model.

Enthusiast Collection branding is located on the back of the Tour Pack top case. White stars decorate the sides of the tank as well as the trunk door. 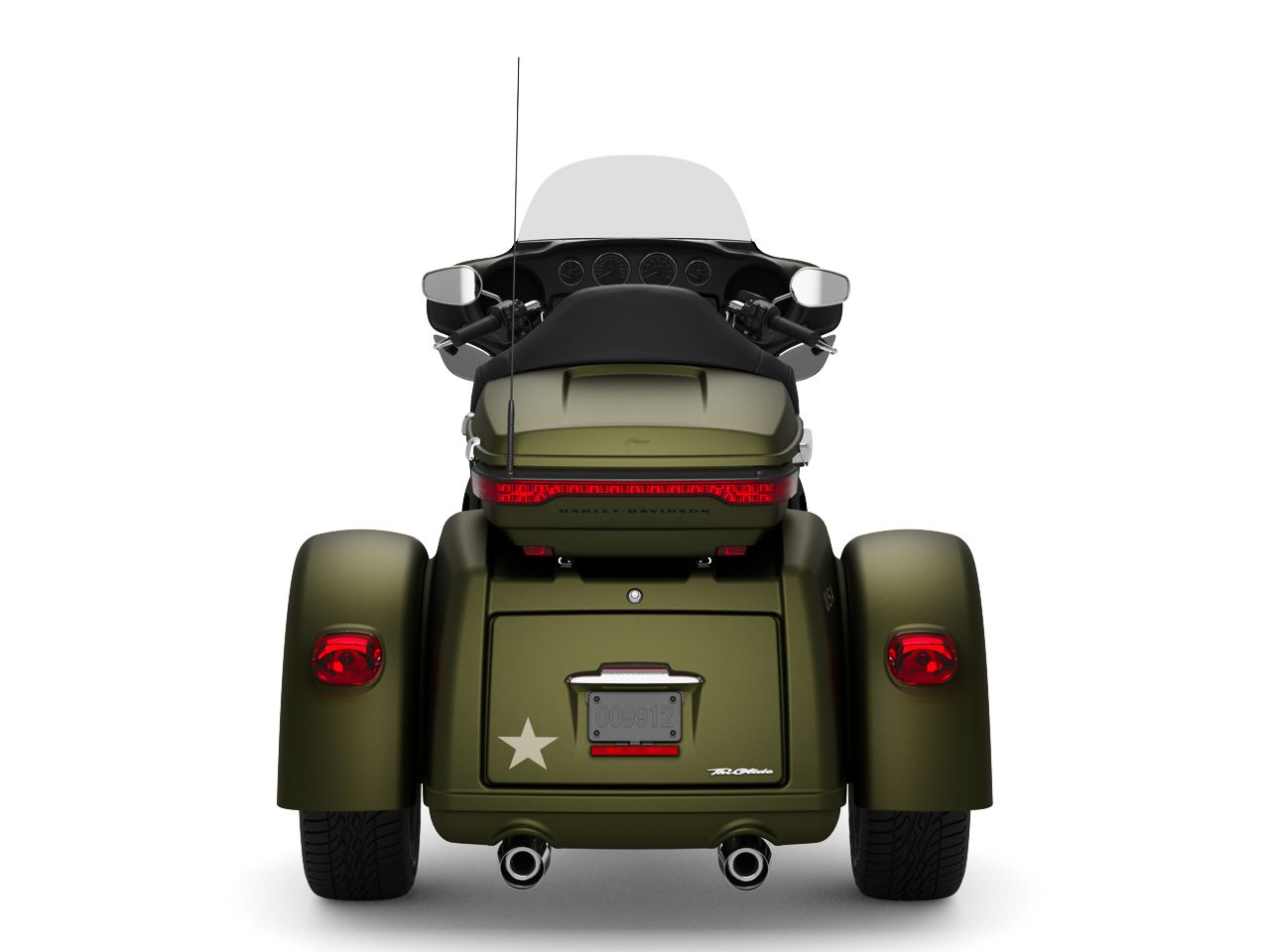 Three wheels, three stars. The Tri Glide Ultra features white stars on the sides of the tank and one on the back trunk. (Harley-Davidson/)

The G.I. Tri Glide Ultra has an MSRP of $38,099. Both models will be available in limited quantities.

Did you miss our previous article…
https://www.mansbrand.com/phenomenal-pickups-top-10-trucks/

QUAD COUSINS: The 1969 Camaro, Four Ways – Selling With No Reserve In Palm Beach