In 2019, Hispano Suiza made a dramatic comeback to the automotive world promising to produce vehicles that were limited only by the client’s imagination. After months of grueling but very rewarding work and dedication from the team at the Barcelona headquarters, Hispano Suiza has now transformed Michael Fux’s vision into reality. Mr. Fux is the first owner of a Hispano Suiza Carmen Boulogne in the US. During the recently concluded 27th edition of the Amelia Island Concours d’Elegance, there was a turnover ceremony to deliver the Carmen Boulogne.

Mr. Michael Fux is a successful entrepreneur whose passion revolves around cars. One of his fondest memories as a child was sitting on his grandfather’s lap while his grandfather drove the beloved 1940s Chrysler, which the young Fux dreamed of eventually driving. It is still a very vivid memory for Fux, and it is what drove him to acquire his impressive and extensive collection of sports vehicles. All the vehicles under his care are well preserved in his garage and are treated as the works of art that they are. 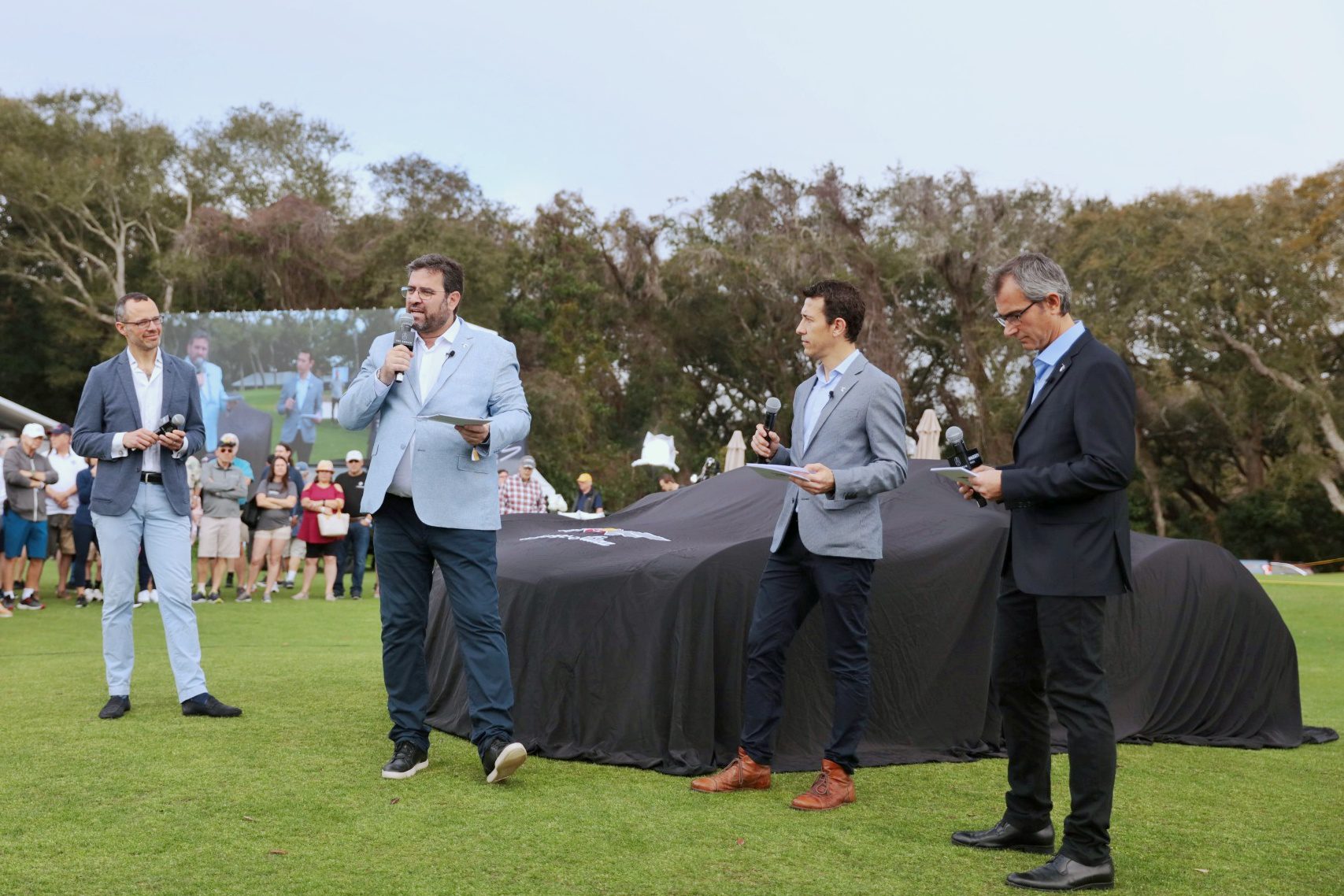 The Hispano Suiza Carmen Boulogne is the latest jewel to be added to his collection. He now holds the honor of being the first owner of a modern Hispano Suiza in the United States. The car is fully electric and can produce 1,114 hp due to its four electric engines located on its rear wheels. It was done by the Hispano Suiza design department in Barcelona following Fux’s wishes and taste.

This Hispano Suiza was given a unique “Ocean Song Rose” finish, whose purple shade was inspired by the Ocean Song rose, his favorite flower. Mr. Fux himself had the flowers sent from Miami to the Design department in Barcelona so that the same hue could be encapsulated in the bodywork of his car. It should be noted that this color was exclusively created for the client. 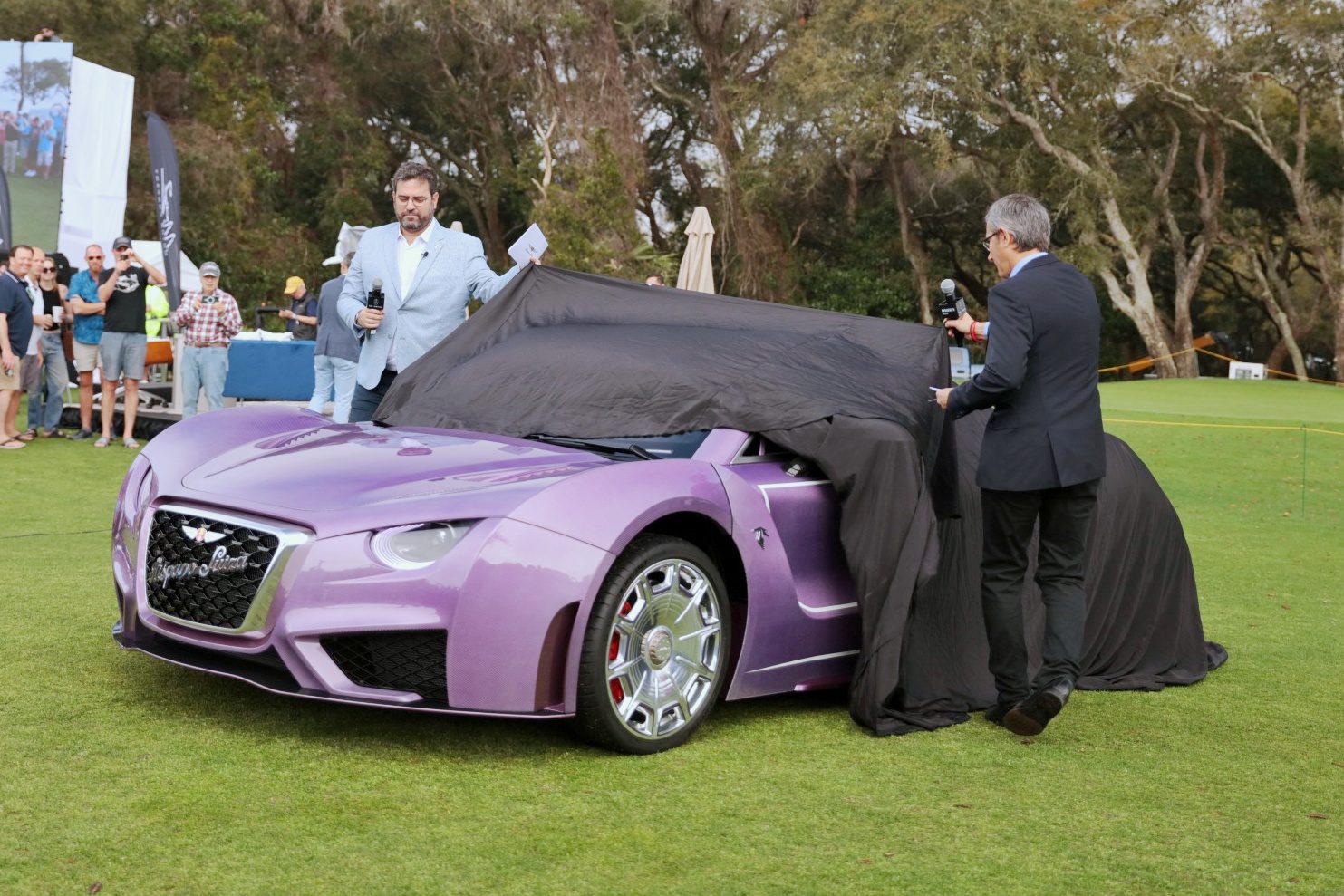 All the panels in the car’s bodywork are made in carbon fiber with a layer of Alutex combined with “Birkigt White” color design to complete the car’s livery. It also has a distinctive grille in contrasting high-gloss black that sports the Hispano Suiza logo. The polished aluminum alloy wheels really pops out thanks to the accents as well as the monoblock nuts that was given the same hue as the bodywork.

For the interior, it is covered almost entirely in high-quality Birkigt White leather, a beautiful contrast to the purple exterior finish. “Boulogne” has been embroidered on the headrests, a perfect aesthetic mark on this truly extraordinary car. 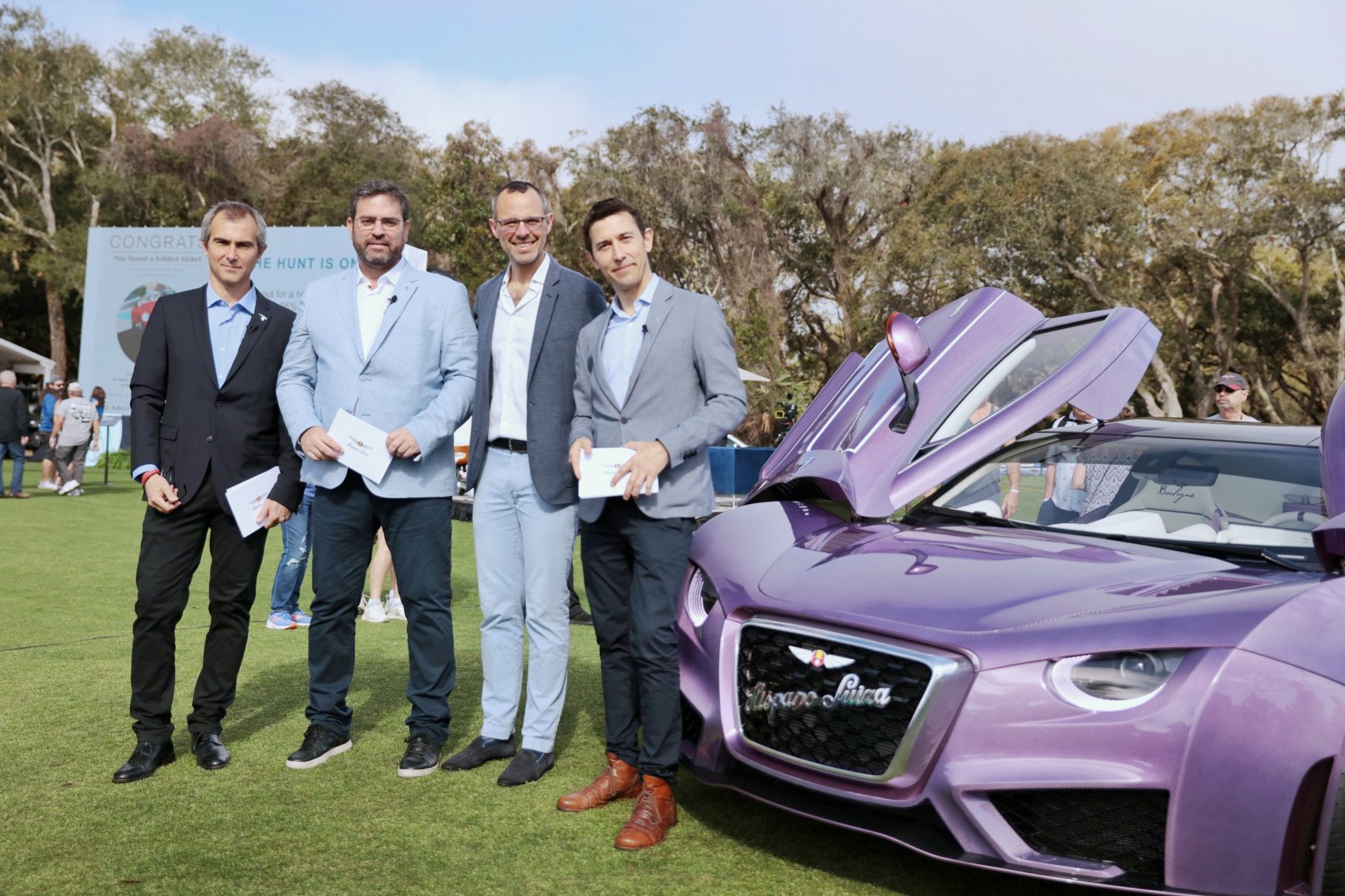 Hispano Suiza Chairman Miguel Suqué Mateu shared, “We are very proud to deliver this unique version of the Hispano Suiza Carmen Boulogne to our first client in the United States, and doing so on the occasion of the Amelia Island Concours d’Elegance allows us to show the world, and especially the American market, what Hispano Suiza can achieve.”

“I would like to thank the whole Hispano Suiza Team and especially our Design team who have done done an excellent job to enable Mr. Fux to drive the car of his dreams,” Hispano Suiza CEO Sergio Martinez Campos added. Mr. Campos personally delivered the car to Mr. Fux during the event.

Did you miss our previous article…
https://www.mansbrand.com/1955-sunliner-this-no-reserve-custom-ford-will-be-turning-heads-at-the-palm-beach-auction/

A Visit to the Torino Auto Museum

A HALF-CENTURY OF HELPING OTHERS: A 50 Facts & Favorite Memories Feature