Four Endurance Races in 1998: Gianpiero Moretti Retires from Racing & Goes Out in Style

1998 was a transition year in sports car racing in the United States. IMSA was in the process of being sold by Andy Evans to Don Panoz during 1998. The Reign of Andy Evans had been tumultuous at best. Under this backdrop, Gianpiero Moretti was coming to the end of his racing career. He was now 58 years old.

At this point in time, Moretti probably had more top class starts in IMSA races than anyone else. He was the quintessential “Gentleman Driver”. He made his living, forming the MOMO company which started out making steering wheels. He had eventually branched out to other automotive products. He was well loved in the paddock, and in fact frequently cooked pasta for many of the teams during the IMSA race meetings.

I had worked on teams racing against Moretti in the late 1970s and 1980s. In 1994, I started with Doran Racing, who were preparing Moretti’s Ferrari 333SP in IMSA competition. 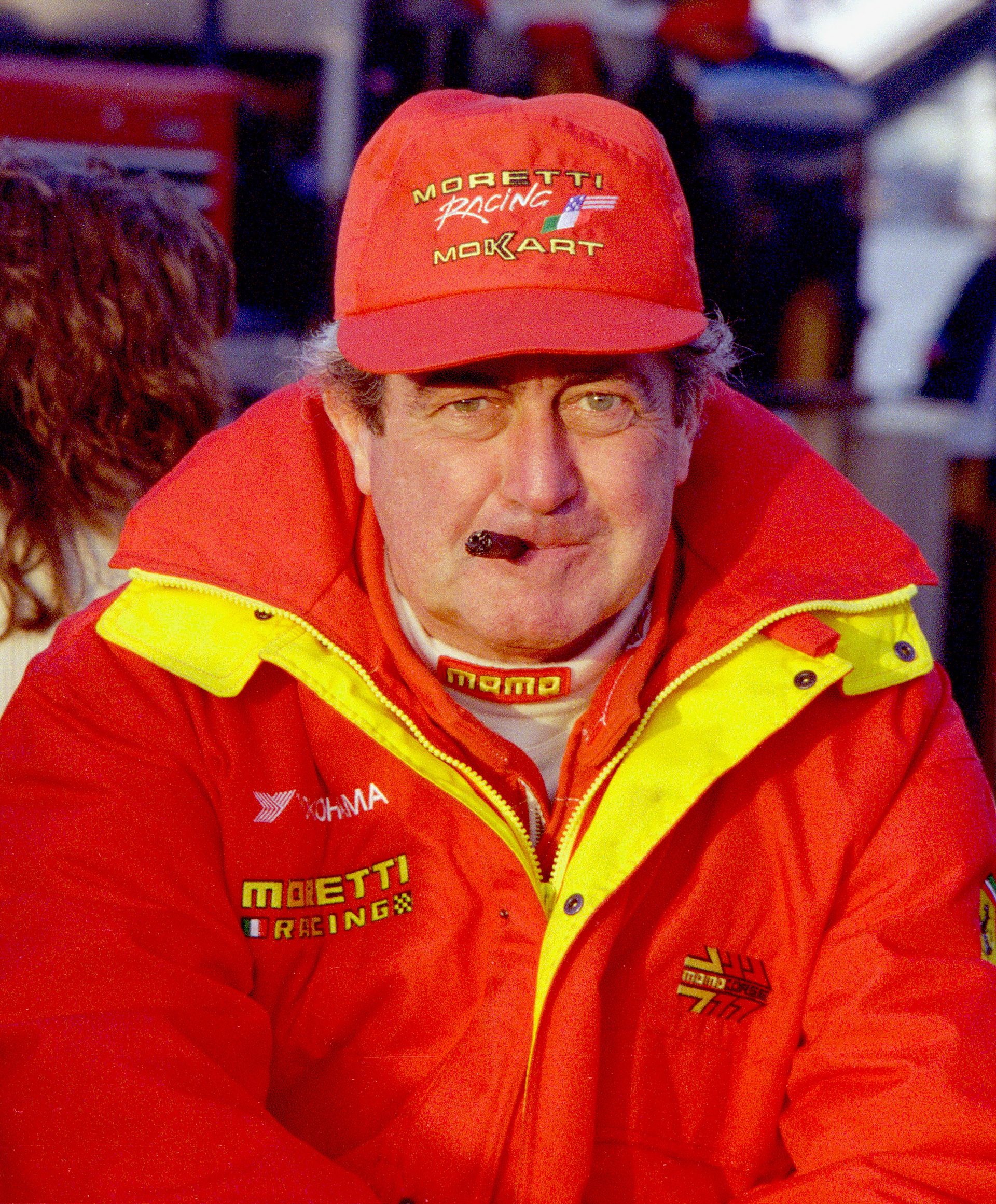 Gianpiero Moretti at Sebring in 1998. He loved these small cigars and almost always had one when not driving. Photo via William Tuttle. 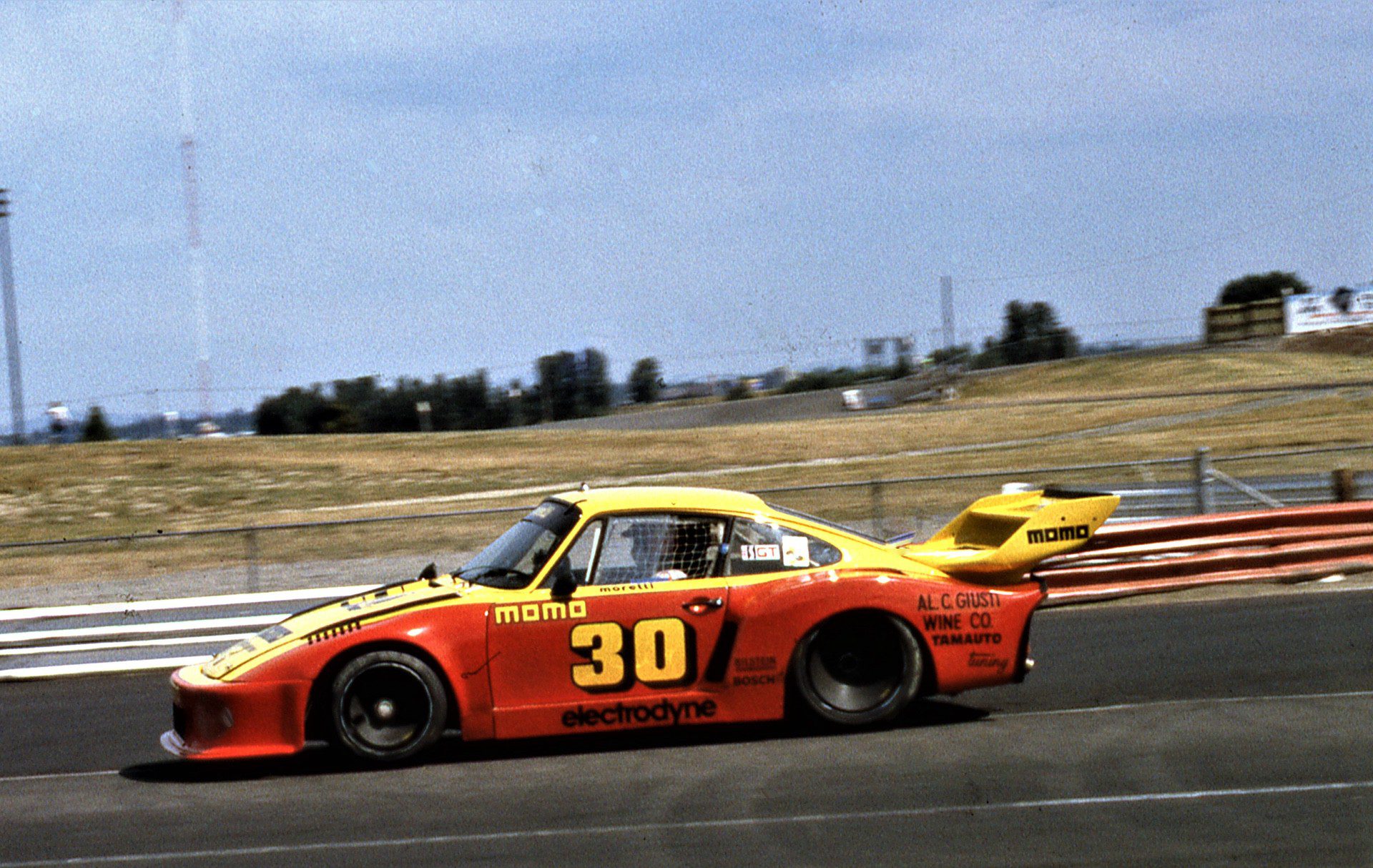 Moretti started racing in IMSA in the 1970s. Here he is at Portland in 1978 in his Porsche 935. Photo by Martin Raffauf.

Moretti had first come to Daytona in 1970 and raced in a Ferrari 512S. He did not finish. He continued to race over the years, much of it in the USA. The Daytona 24 hours became a fixture on his calendar.

Momo entered Porsche 935s, Porsche 962s, A Nissan GTP, and several other makes over the years. In the early 1990s, Moretti was instrumental (along with IMSA) in convincing Ferrari to build a sports car for the new WSC (World Sports Car) rules that IMSA implemented in 1993. This was, of course, the Ferrari 333SP.

Through all this, the desired victory at Daytona proved elusive. In 1992, he was leading Sunday morning in a Joest Porsche 962, and the engine failed. The next year with two hours to go, he had an insurmountable lead in his Nissan GTP—and again, the engine failed.

In 1996, once more with a small lead Sunday morning in his Ferrari, co-driver Bob Wollek got run off the road by a GT car, causing the car to lose several laps while repairs were completed. Max Papis earned his nickname, Mad Max that day, making up all but 62 seconds of the deficit, but fell just short.

In 1997, again with a car fast enough to win, a small, minor oil fitting broke spraying oil on the exhaust which started a fire. Although the Doran crew repaired it, the car could only get back to 7th overall.

By 1998, the teams had really figured out the Ferrari 333SP. The engines ran fine for the 24-hour distance. It all came down to preparation and execution. Kevin Doran was the team owner of Doran Racing who prepared Moretti’s cars. Kevin had won the Daytona 24 hours twice in the 1980’s as Al Holbert’s chief mechanic, so he knew what was required.

Jeff Graves was the chief mechanic on the Ferrari. Most of the other crew and mechanics on the team had been with Kevin since the Ferrari 333SP first came to IMSA in 1994. 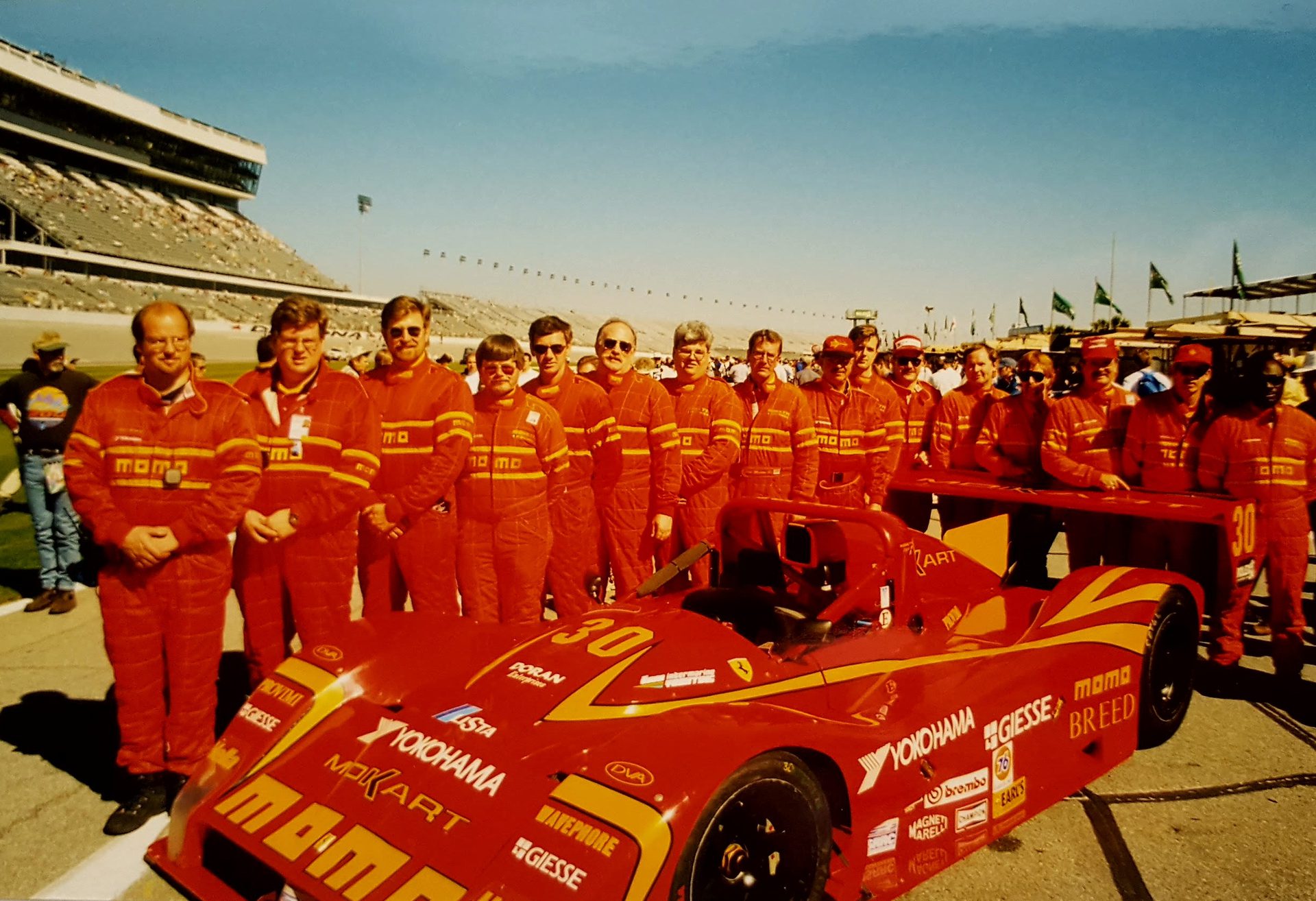 Did you miss our previous article…
https://www.mansbrand.com/2022-csrg-david-love-memorial/

McLaren Releases 765LT Spider, Its Most Powerful Convertible Ever