For the motorsports fan, there are a lot of great series to watch out there. You have the top tier competitions such as Formula One, the World Rally Championship, International GT Championship, and the World Endurance Championship. However, one of the fastest-growing championships, in terms of status and interest, is what is officially known as the ABB FIA Formula Electric Championship, often simply called Formula E.

Launched in 2014, the series started out as a “feeler” series of races around tight, twisting city circuits with spec-based cars, meaning the racing was always going to be wheel to wheel. Sponsors flocked to the series, and with investment and research, the Generation 2 car launched in 2018, looking like something that we drew in the ledgers of our notebooks during a slow lecture in Junior High. 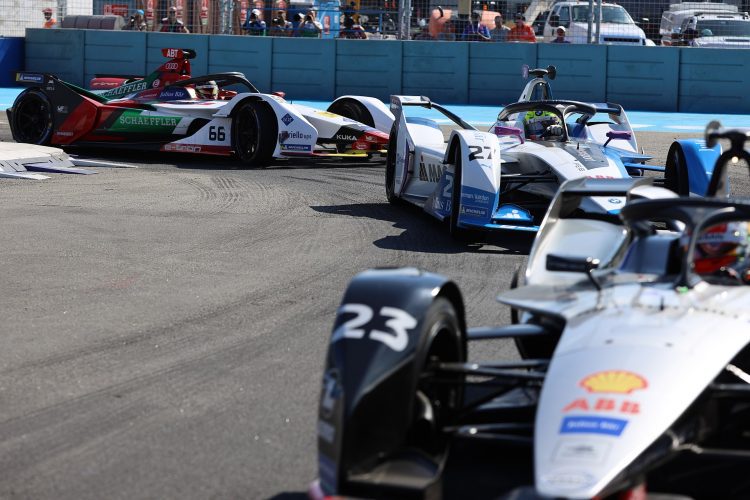 Now, however, in preparation for Season 9 (2023), and because of the location, the new Generation 3 car has been unveiled in Monaco.

Looking like a cross between a throwing dart and a Star Wars TIE Fighter, these are the most powerful, fastest, and lightest cars that have been developed for the series. This is mostly because, after many years of consideration, Formula E was granted World Championship Status in 2020, making it one of the FIA’s top-tier motorsport. This also meant that drivers that were not grandfathered in now need to qualify for the second-highest FIA license, Platinum, which is only superseded by the Super License for Formula One. 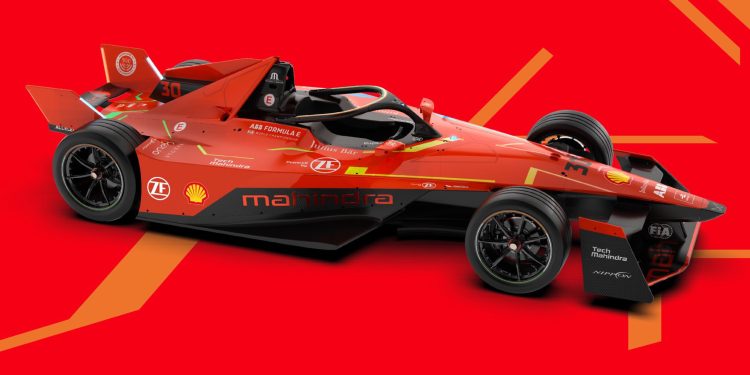 Of course, this wouldn’t be a news post about a car without some of the most salient facts, so here they are:

Power is increased 300 kW (402 HP) for racing and 350 kW (470 HP) for qualifying>The Gen 2 car figures were 200 kW (268 HP) for racing and 250 kW (335 HP) for qualifying toA new regenerative braking system, produced with assistance from Porsche and Audi>350 kW and 250 kW recovery from the front brakes and rear brakes respectively, for a total of 600 kW recovery.This energy will be used to recharge the battery up to 40% of the race distance, as well as fill the “Attack Mode” supercapacitorThe advanced battery pack, with no kWh rating released yet, is provided by Williams Advanced Engineering>Will accept “flash charging” of up to 600 kW from a supercharging node, allowing for the first-ever pit stop recharging of the carsThe battery is of the same high-performance type used in Williams’ Formula One Turbo V6 Hybrid, but designed specifically for the Formula E carsThe body will be made out of advanced carbon fiber and exotic composites, and weigh in “several tens of kilograms” lighter than the current Gen 2 cars

The most exciting parts of the specs listed above are that the cars are potentially going to be reaching Formula 3 and Formula 2 speeds, on street circuits, using the most advanced electric motors and regenerative braking systems ever fitted to a race car. This required a rethink of the aerodynamics from small wings and mild body downforce to full-body downforce generation, major wings, and, for the rear, the adoption of a wing-style first seen on the Peugeot 9X8 Le Mans Hypercar, a lip spoiler creating an “air wing” to help keep the rear planted.

The other major takeaway from the announcement is the mention of pit stops. In Generation 1, the cars could only go half distance before they ran out of power, so a car-switch pitstop, with a minimum time, was implemented. That went away with the Generation 2 cars, as they could go the full 60 minute race distance on one charge. Now, with Generation 3, it seems that pitstops may be returning, but the mention of flash charging during a pitstop might mean

Did you miss our previous article…
https://www.mansbrand.com/second-national-ferrari-owners-day/

The 8 Best Honda Sports Cars to Own