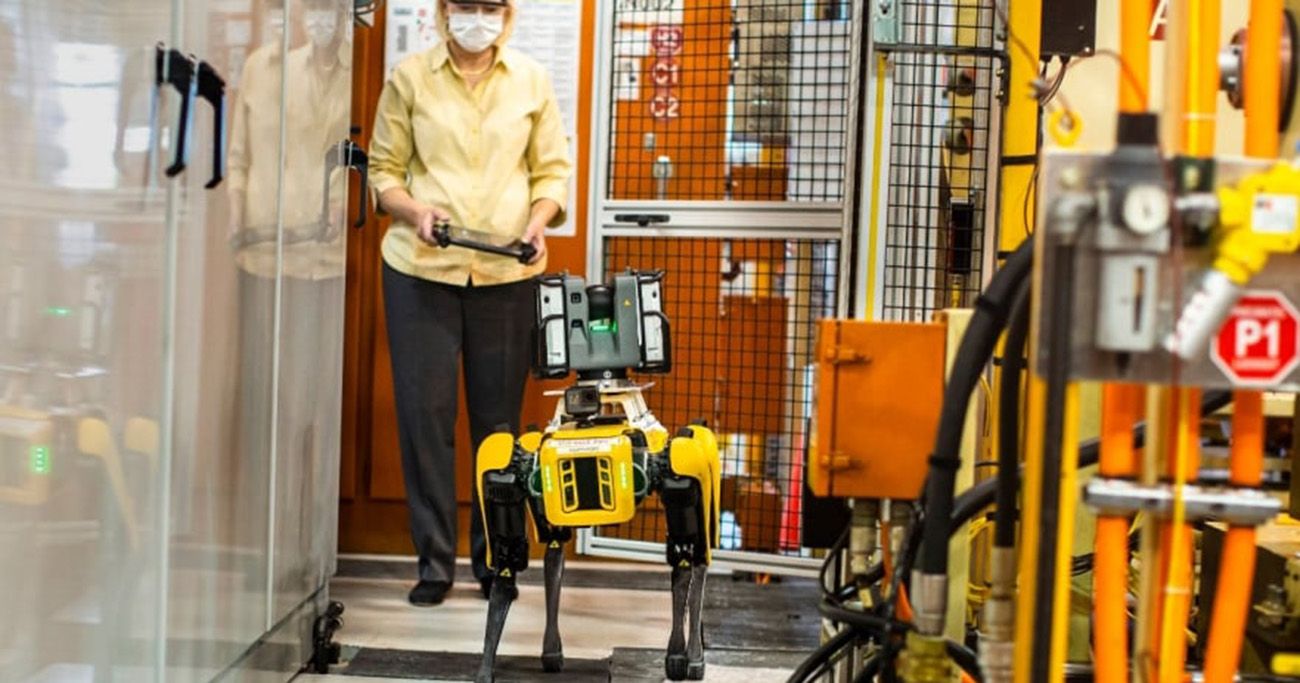 Robot dogs have made their way to Ford factories and are turning out to be the car company’s best friend. While the four-legged robots won’t be licking your face, they can sit, shake hands and roll over, as well as perform 360-degree camera scans, handle 30-degree grades, and climb stairs for hours at a time, which makes them ideal for helping out around Ford’s massive warehouses. 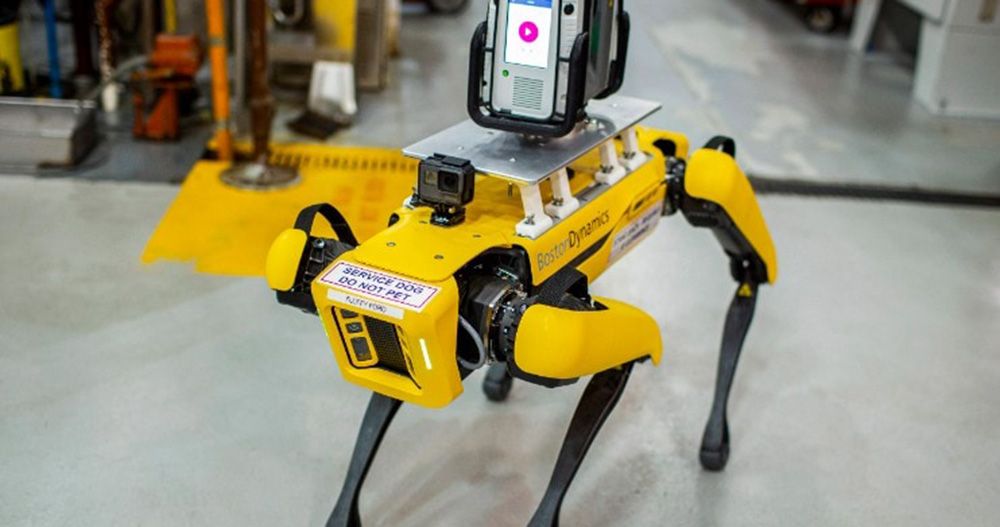 Ford’s four-legged friend was named Fluffy by its handler Paula Wiebelhaus. It’s 70 pounds, bright yellow, and is one of two models Ford is leasing from Boston Dynamics. Fluffy is equipped with five cameras and can travel at speeds up to 3 mph on a battery that lasts around two hours. The robot currently resides at Ford’s Van Dyke Transmission Plant in Sterling Heights, Michigan. 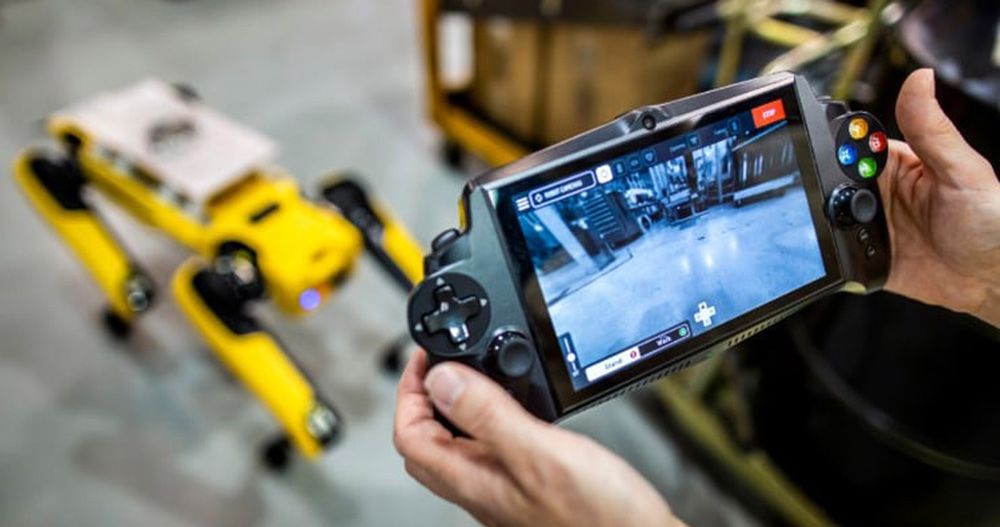 Fluffy is being used as part of a Ford manufacturing pilot program designed to save time, reduce cost and increase efficiency. It is being used to scan the plant floor and assist engineers in updating the original Computer Aided Design which is utilized when the automaker is getting ready to retool our plants. 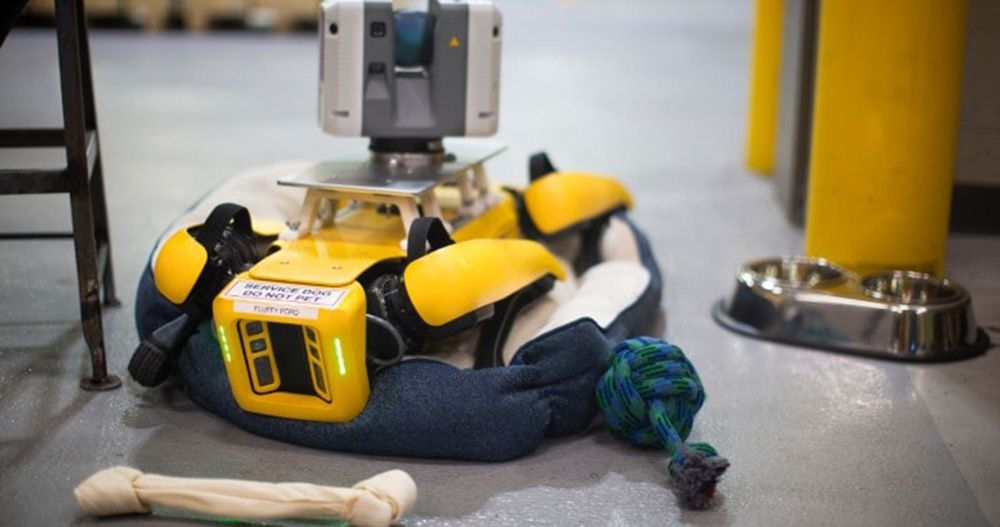 As it turns out, Fluffy is making things a heck of a lot easier for Ford. “We used to use a tripod, and we would walk around the facility stopping at different locations, each time standing around for five minutes waiting for the laser to scan,” explained Mark Goderis, Ford’s digital engineering manager. “Scanning one plant could take two weeks. With Fluffy’s help, we are able to do it in half the time.” Add on the fact that it cost nearly $300,000 to scan a facility using the old method, and it looks like Fluffy may make things a lot faster and a lot cheaper.

NEXT: 25 Classics: A Peek Into The Ford Family’s Secret Warehouse

Over-the-ear headphones to immerse you in high-quality sound

Floor fans to help you keep your cool

The 3 Biggest Bike Helmet Fails — and How to Correct Them