Crossing the Atlantic for the first time, the Ford Mustang California Special finally arrived in Europe.

The new California Special is the embodiment of the free-spirited values of the 1968 original as it is exclusively offered in a convertible body, equipped with a folding soft-top for open-air thrills and classic looks. It was also given a special edition design package which gives the model its distinct style through detailed, unique badging, 19-inch alloy wheels, and a special “color shift” California Special decals. Under the hood is the powerful 450 PS V8 engine which allows the model to cruise effortlessly.

For the interior of the Mustang California Special, Ford designed it to really maximize the experience of driving on the open road no matter the weather, its bespoke California Special detail giving it an additional exclusive appeal. As standard, it has heated and cooled front seats, and a 12-inch customizable instrument cluster which is also equipped with advanced SYNC 3 connectivity allowing drivers to call up their road trip soundtrack or even just find directions to their destination by just using their voice. 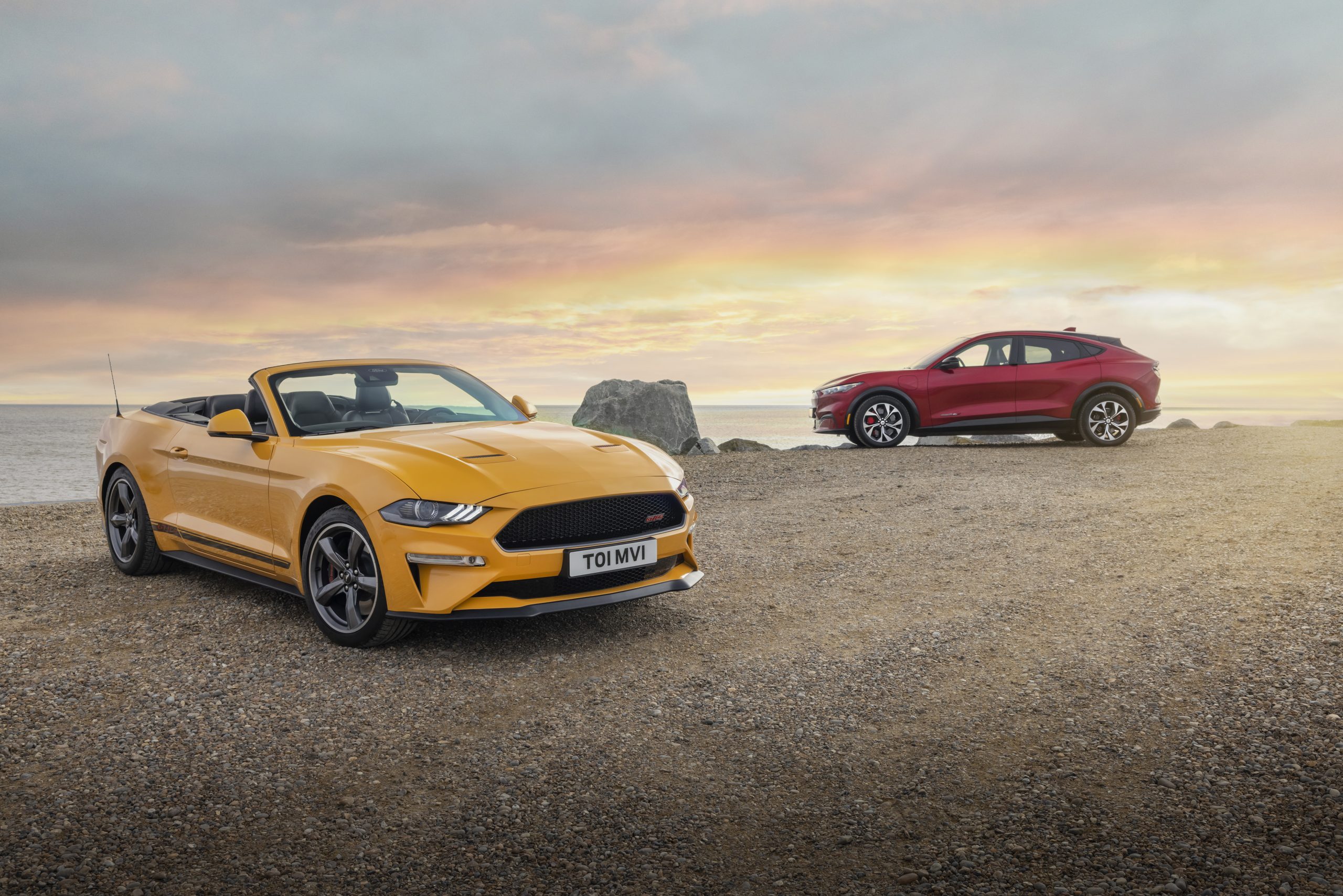 Ford even released a new video to celebrate the arrival of the Mustang California Special in Europe, showing that California is a state of mind, and the spirit of Mustang allows you to enjoy it wherever you are.

Ford of Europe, Mustang chief programme engineer Matthias Tonn shared, “The California Special is a huge part of the Mustang’s legacy in America and it symbolize so much of what Mustang stands for: The joy of driving and the freedom of the open road. Those ideals resonate just as strongly with driving enthusiasts in Europe, so it’s about time customers here got to experience the unique California Special blend of style, performance and driving fun.” 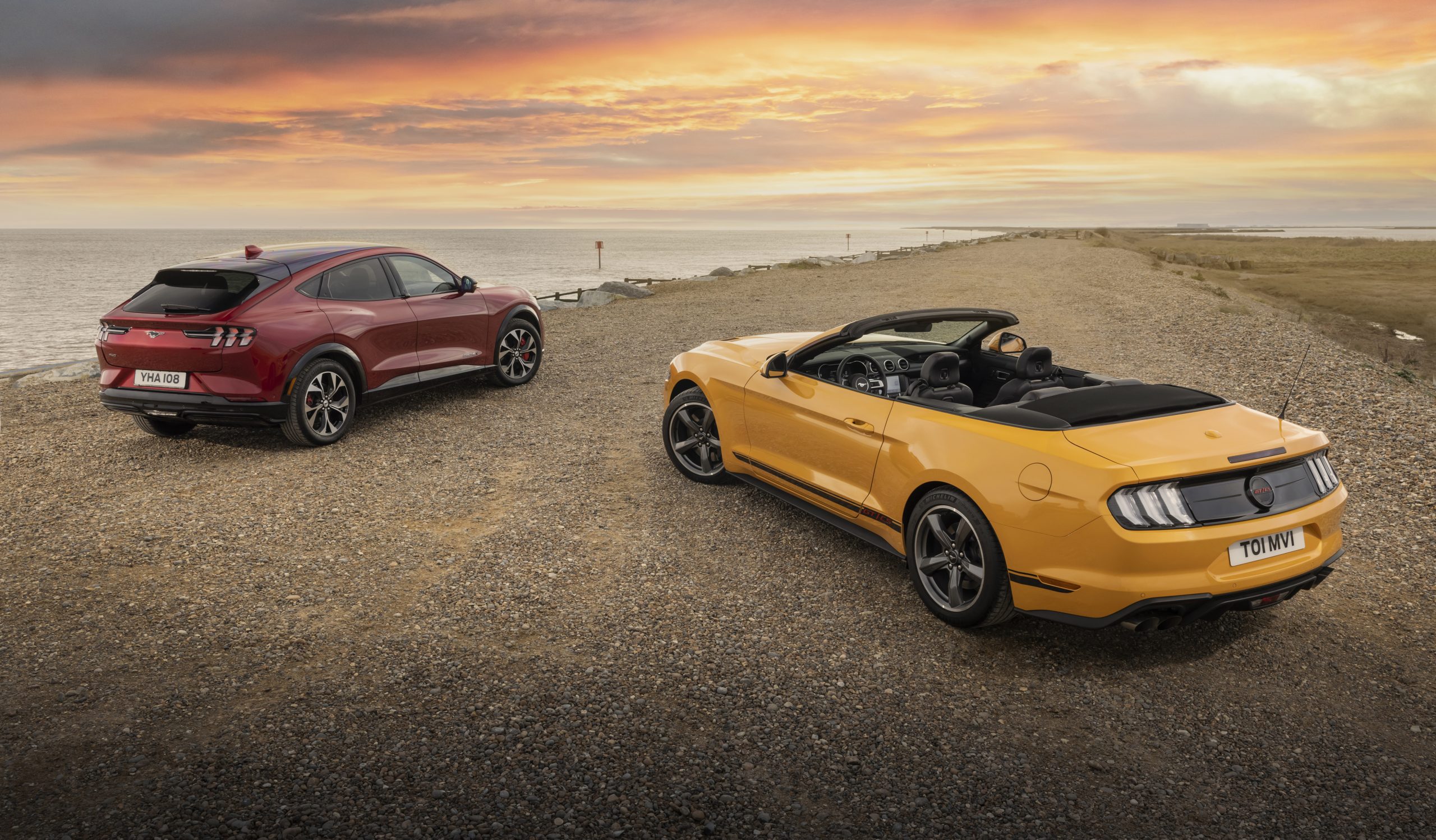 In 1964, the first Ford Mustang hit the streets, and almost immediately, owners’ clubs were established all across America. Many regional dealers created their own personalized design. One example specifically stood out. Taking inspiration from the 1967 Shelby GT notchback coupe prototype, the example became known as the California Special.

The original had a blacked-out grille, a Shelby-inspired spoiler, fog lights and side racing stripes that stopped ahead of new rear side air scoops. Impressed with the design, in 1968, Ford released a limited number of California Special cars into production.

The newest version will be available only as a folding soft-top convertible as a tribute to the famed “Golden State” Mediterranean climate. Ebony Black honeycomb front grille is a nod to the original and it features the GT/CS badge in Race Red. The lower side stripes are also finished in black, red, and gray. Running from the front to rear wings are the stripes that incorporate the GT/CS logos and feature a hidden “California Special” script that is practically invisible in low light but becomes more evident under stronger sunlight. 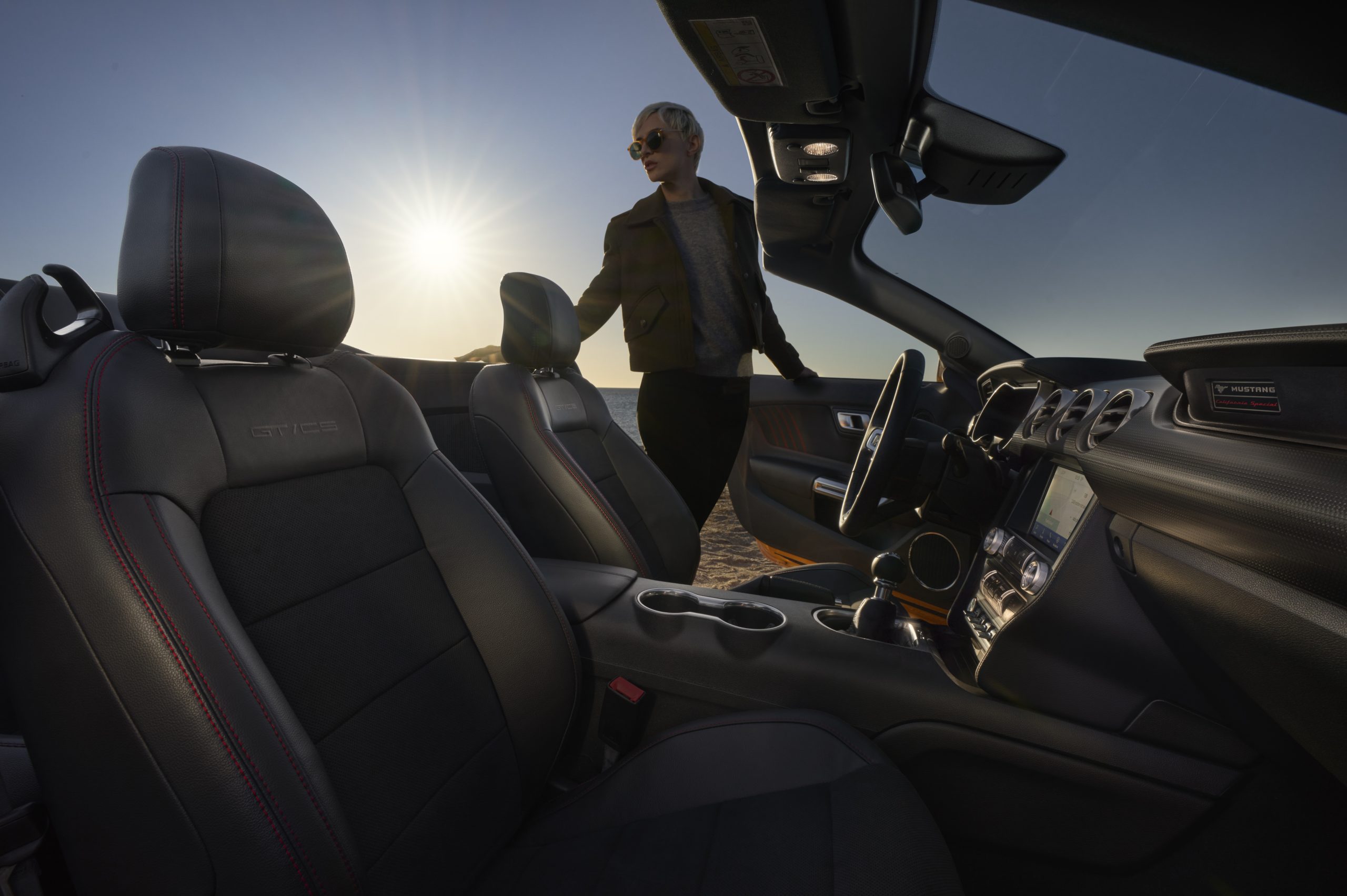