In a few days, the Goodwood Festival of Speed will commence and as part of Ferrari’s 75th Anniversary, they will be displaying an impressive variety of Prancing Horse cars including 5 models which will be making their UK debut. Many passionate Ferrari collectors are also representing the brand as they showcase an excellent array of classic racing Ferrari models. The models vary from the first ever Ferrari, the 125S, to the iconic 156 Sharknose, the very successful 250 LM, the Ferrari Challenge 488 evo, and the Ferrari 333 SP endurance racer.

First in the list of making their UK debut is Ferrari’s first V6-hybrid, the 296 GTB. Powered by a 2.9-liter mid-rear-mounted V6 that generates 663cv and a hybrid system that is able to deliver another 167cv to the rear wheels, the 296 GTB has a total of 830cv. The 296 GTB that will be displayed at the Festival of Speed has an exquisite Rossa Corsa finish with a Baby Blue racing livery which was part of the optional Assetto Fiorano pack which comes with fixed racing dampers and more aggressive aerodynamics. 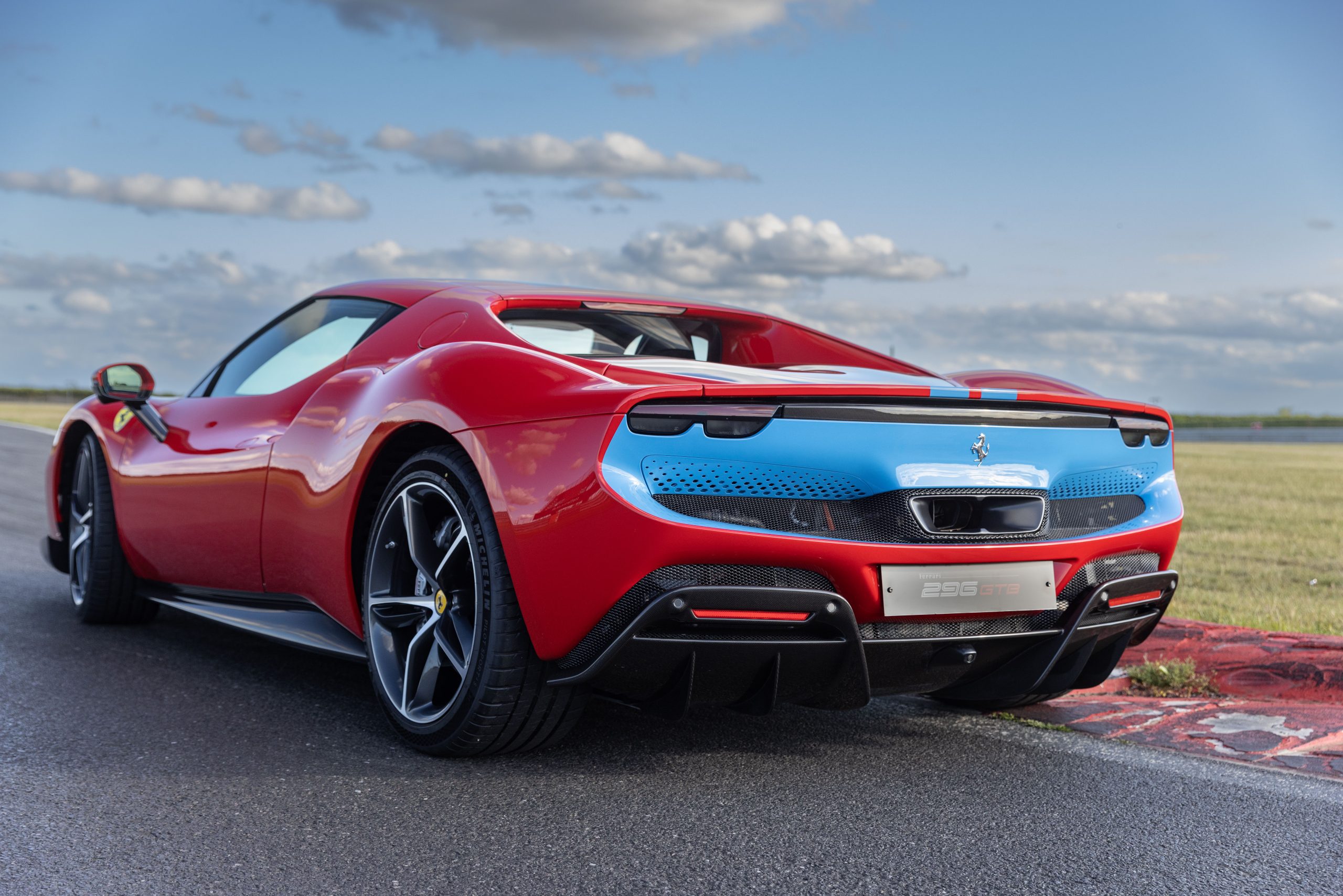 The color scheme of this 296 GTB was inspired by the historic racing livery of 1960s and 1970s Maranello Concessionaires racing team by Colonel Ronnie Hoare. At the time, there a lot of other racing cars like the 250 LM, 275 GTB, and 365 GTB4 Daytona were wrapped in a similar livery.

In 2014, importing rights were returned to Ferrari SpA. Before that, however, Maranello Concessionaires were also the ones who managed importing Ferrari cars to the UK, and many cars were registered under the numberplate “EHF 1”. Maranello Sales, based at the historic Tower Garage in Egham, still has ownership of the EHF 1 numberplate. They have generously loaned the numberplate to Ferrari North Europe to complete the historic link of Ferrari in the UK. 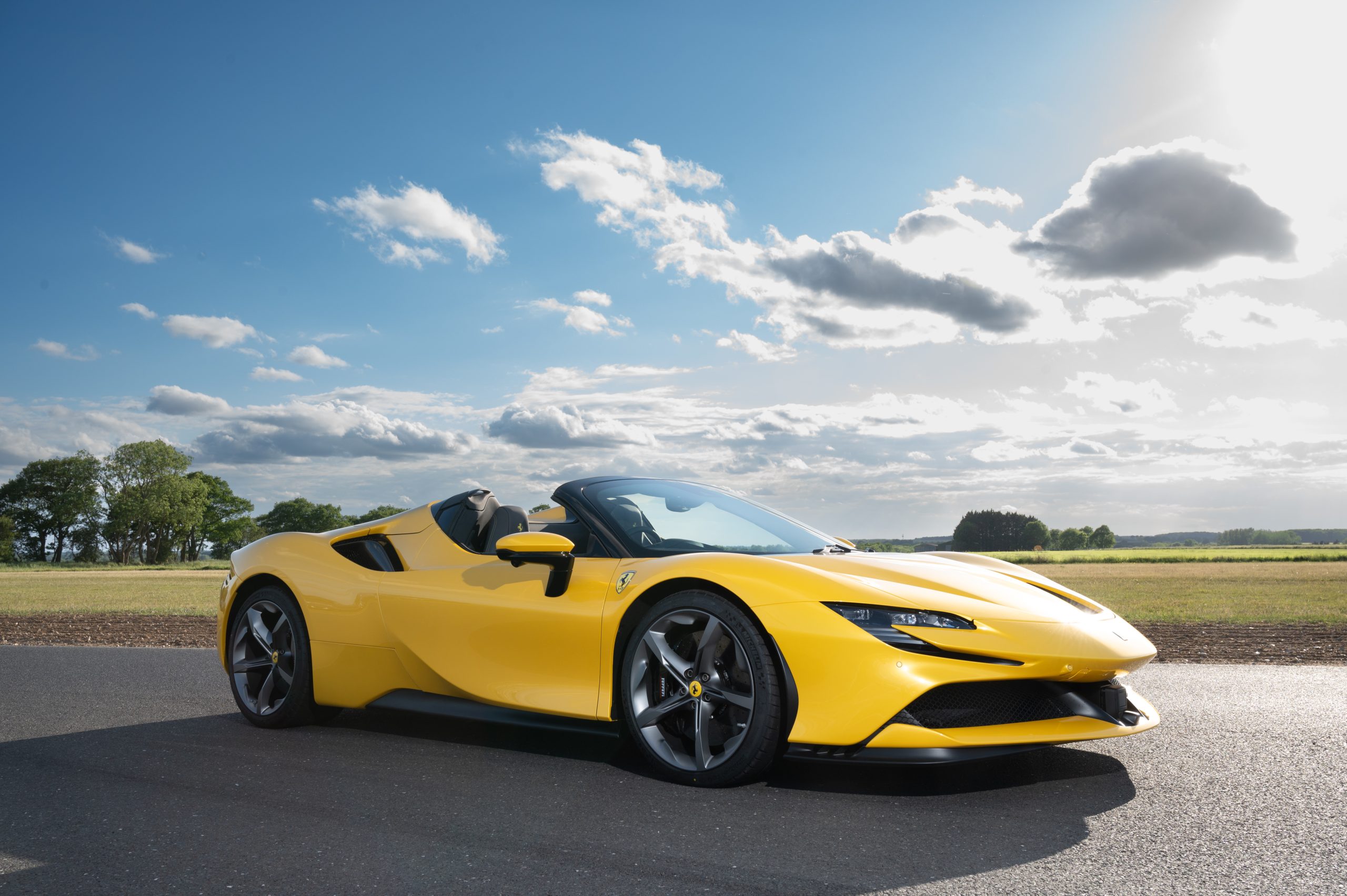 The Ferrari SF90 Spider joins the 296 GTB at the Supercar Paddock. It is an open-top version of the SF90 Stradale which was launched to celebrate the 90th Anniversary of Scuderia Ferrari in 2019. Powering the SF90 Spider is a 3.9-liter V8 engine that produces 780cv that is connected to three additional electric motors that are connected to the two front wheels and between the engine and gear box which produces another 220cv. The combined total power output of the V8 engine and the electric motors is an impressive 1000cv. A journalist from Autocar magazine picked the specification for this SF90 Spider and it will be featured along with a full review of the car in an upcoming issue. 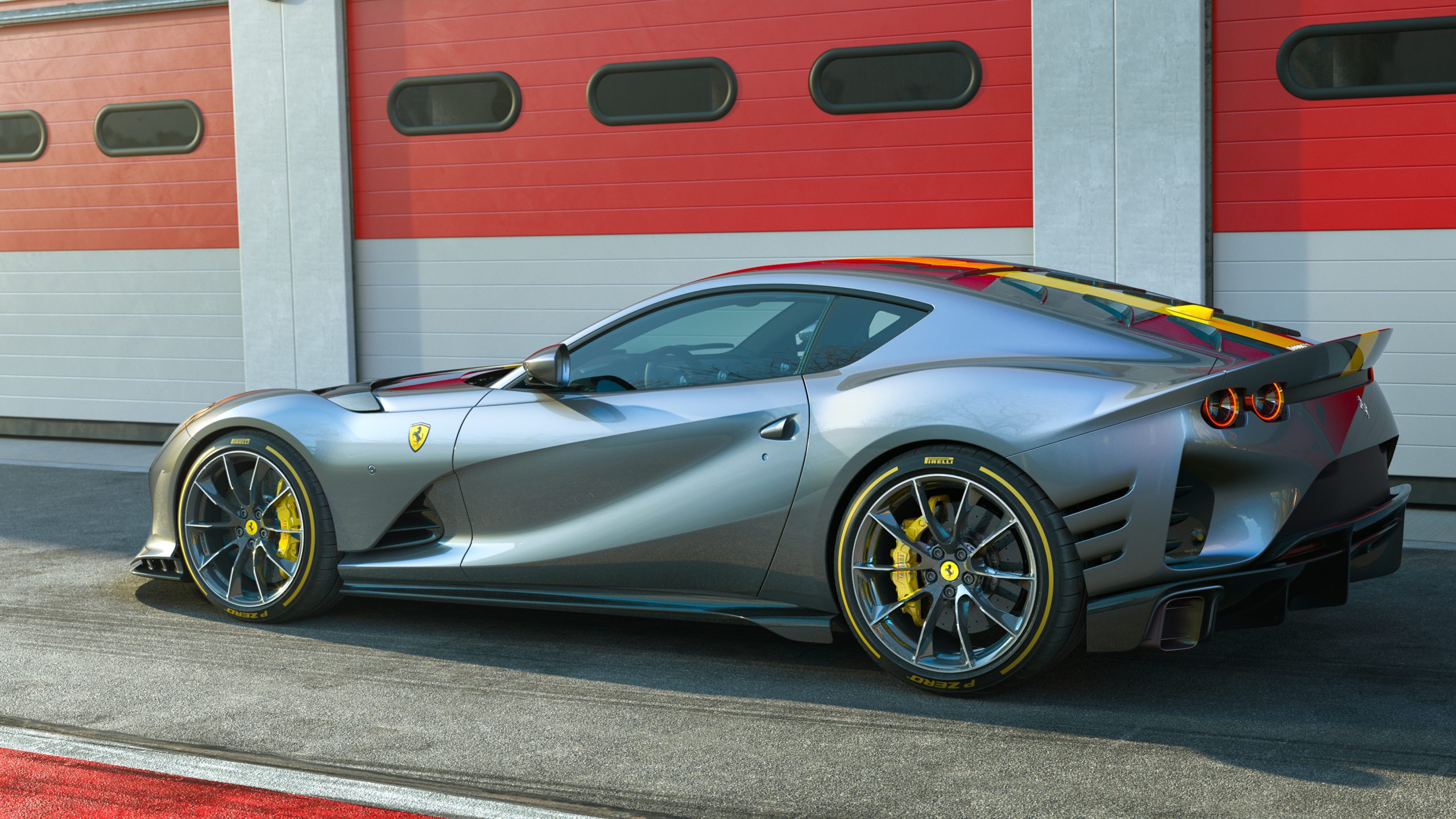 Joining in the Supercar Paddock is the Ferrari 812 Competizione. Based on the Ferrari 812 Superfast, this is a limited series car with a 6.5-liter V12 engine tuned to give 30cv more, with a total power output of 830cv. The 812 Competizione also have a revised front and rear track and suspension settings to give the front and rear a more aggressive aerodynamics. It was also equipped with an innovative rear-wheel steering system for faster turn-in and sharper handling. The 812 Competizione also has a powerful soundtrack that is capable of reverberating all through the Goodwood Festival of Speed grounds.

Did you miss our previous article…
https://www.mansbrand.com/paint-the-town-rally-red-this-1971-plymouth-hemi-cuda-is-headed-to-las-vegas/

The History of the De Tomaso Longchamp and Maserati Kyalami