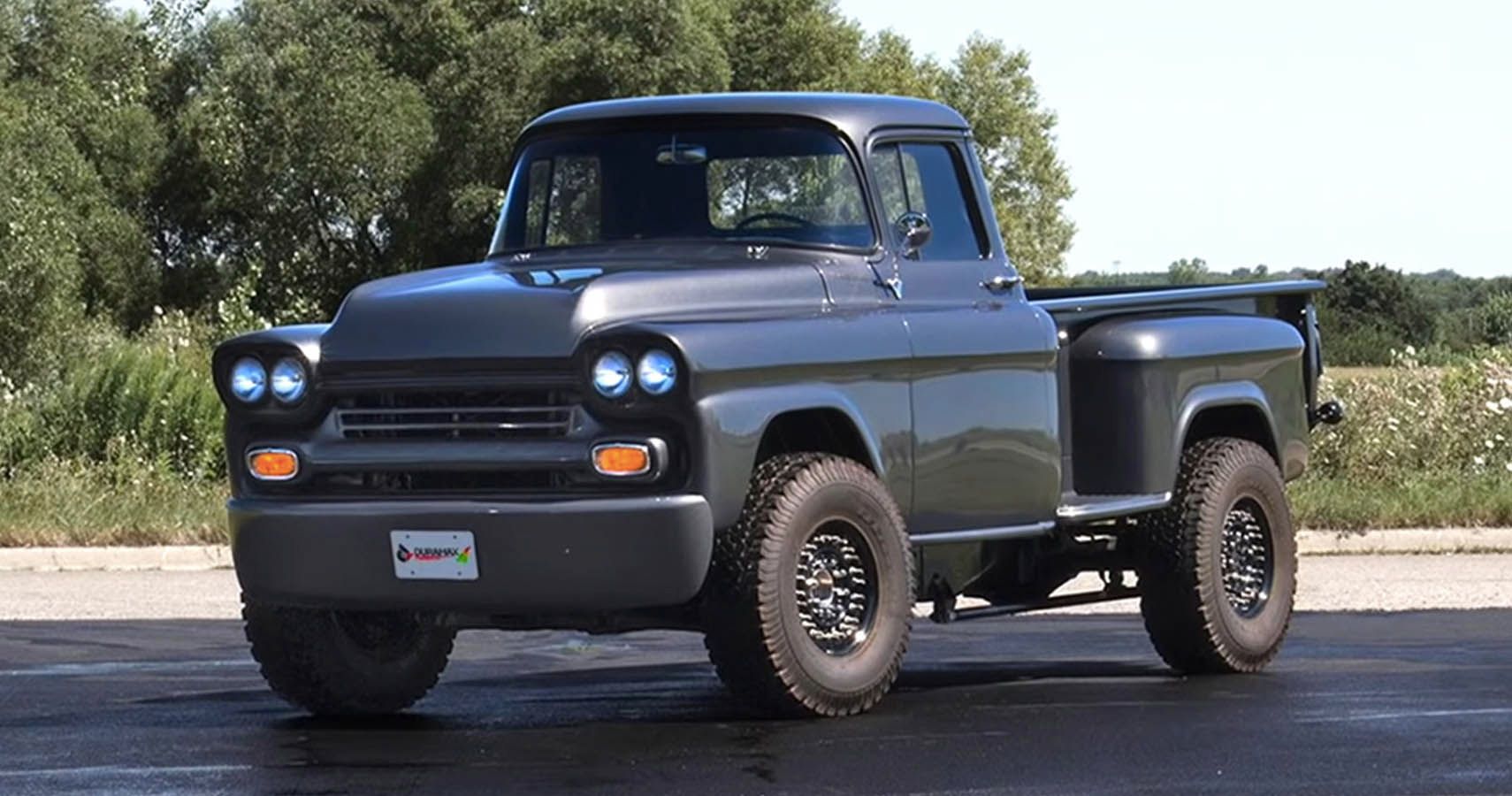 Amid all the news surrounding Chevrolet and Ram as they try to catch up with Ford‘s F-150 Raptor by building hardcore off-roaders like the Colorado ZR2 and forthcoming TRX, all the extremely powerful work trucks on the market get lost in the mix. And the truth is that today’s heavy-duty pickups have become absurdly powerful beasts capable of massive torque figures and towing massive payloads. Perhaps some of the blame can be laid at the feet of automakers that tend to advertise creature comforts like Bluetooth connectivity, panoramic sunroofs, and ventilated leather seats rather than good-old-fashioned utility. But the truth is that today’s trucks also can’t hold a candle to the classics, even if they can run rings around them in terms of performance. Enter the world of restomods, which used to mostly focus on muscle cars but now has expanded into the pickup arena, as proven by a hardcore Chevy Apache built up with an 850-horsepower Duramax V8 and a 2500HD chassis. 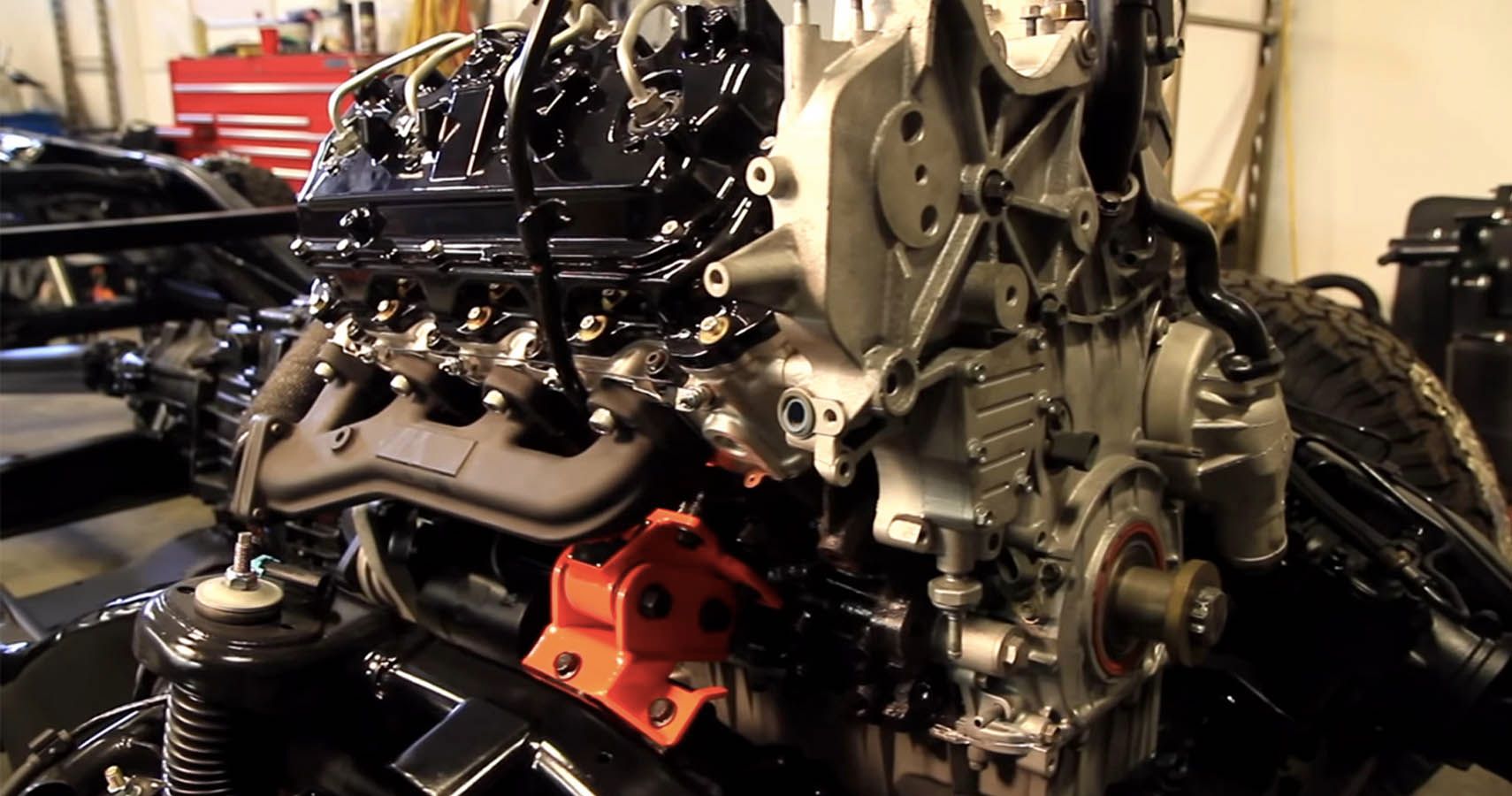 This truck began its life as a 1958 Chevrolet Apache before Nick Priegnitz, the owner of Duramax Tuner of Marengo, Illinois, bought it in 2003 with plans to transform it into a competition sled-puller. In a long build thread, the truck evolves from its original form into a dirt track-ready beast, beginning with swapping the Apache’s body onto a 2003 Chevrolet 2500HD’s chassis. The chassis had to be chopped by 29 inches to fit, while the Apache’s body rides 10 inches above. 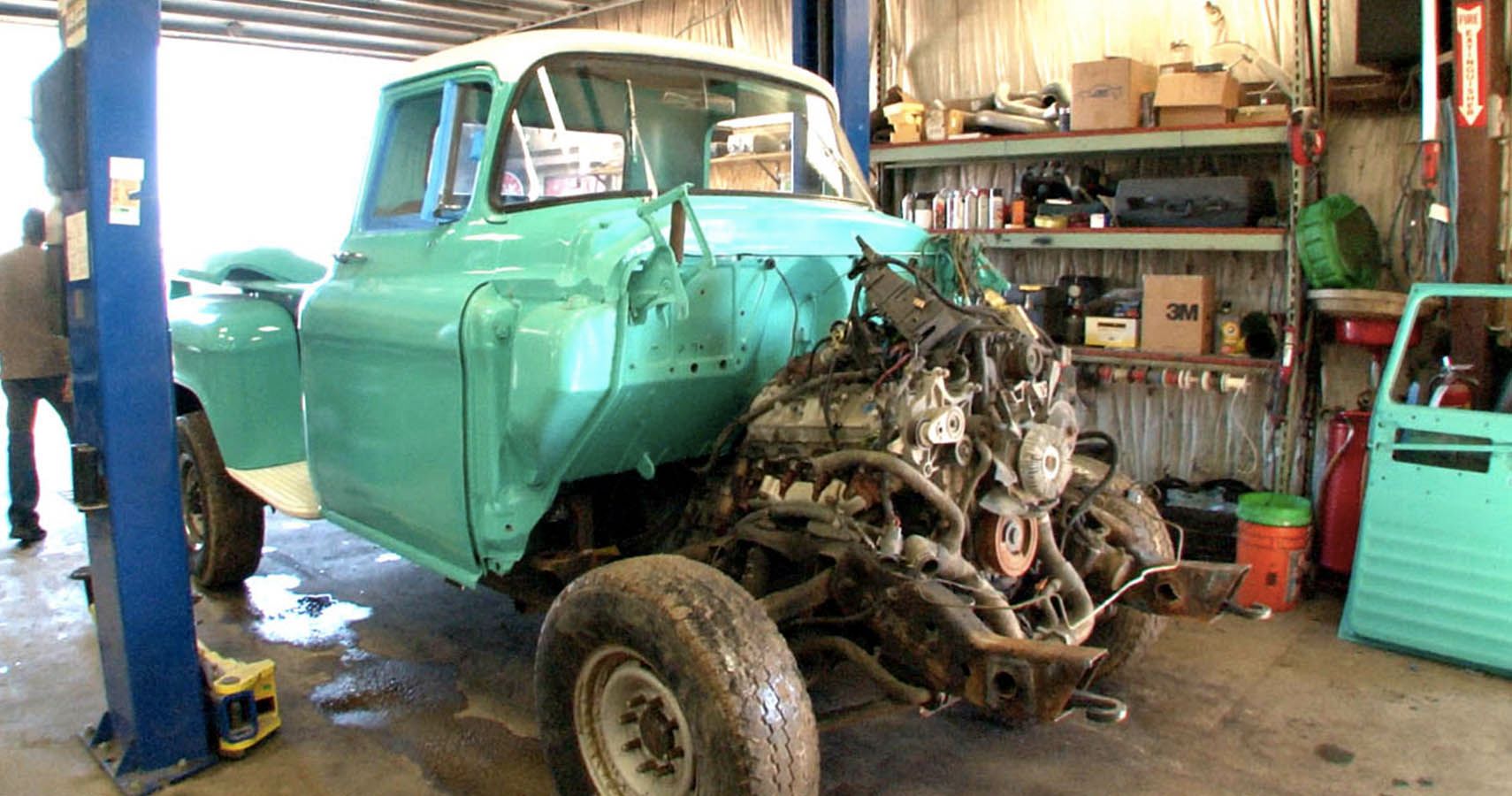 Obviously, for competition, the Apache’s factory engine had to get tossed out the window. It was replaced by a Duramax V8 that’s been built with ported heads, double valve springs, and CastFlow manifolds and then received a Stealth 67G2 turbo that allows for up to 850 horsepower—at the wheels. During two seasons of racing, the truck employed a six-speed stick shift and locking differentials equipped with 4.56 gearing, though Priegnitz more recently converted it to street use and plugged in a DT1000 automatic gearbox with 3.73 gears.

10 Cheapest Sports Cars That Will Do 150 MPH | HotCars