It seemed a long time coming…whilst only a fortnight since the Masters Historic Racing series brought a weekend of historic action to the Leicestershire circuit, the perennially popular Donington Historic Festival had not been able to welcome fans to the stands for three long years.

Now in it’s eleventh year of running, the Donington Historic Festival has firmly established itself on the UK historic racing calendar, the undulating, quick ribbon of tarmac that winds its way through the Leicestershire countryside, lends itself to classic motorsport wonderfully, with a delightful mix of cascading bends, fast straights and a tight final chicane, not offering advantage to any particular type of car within the grids, which makes for the excellent spectacle of close racing through mixed fields. 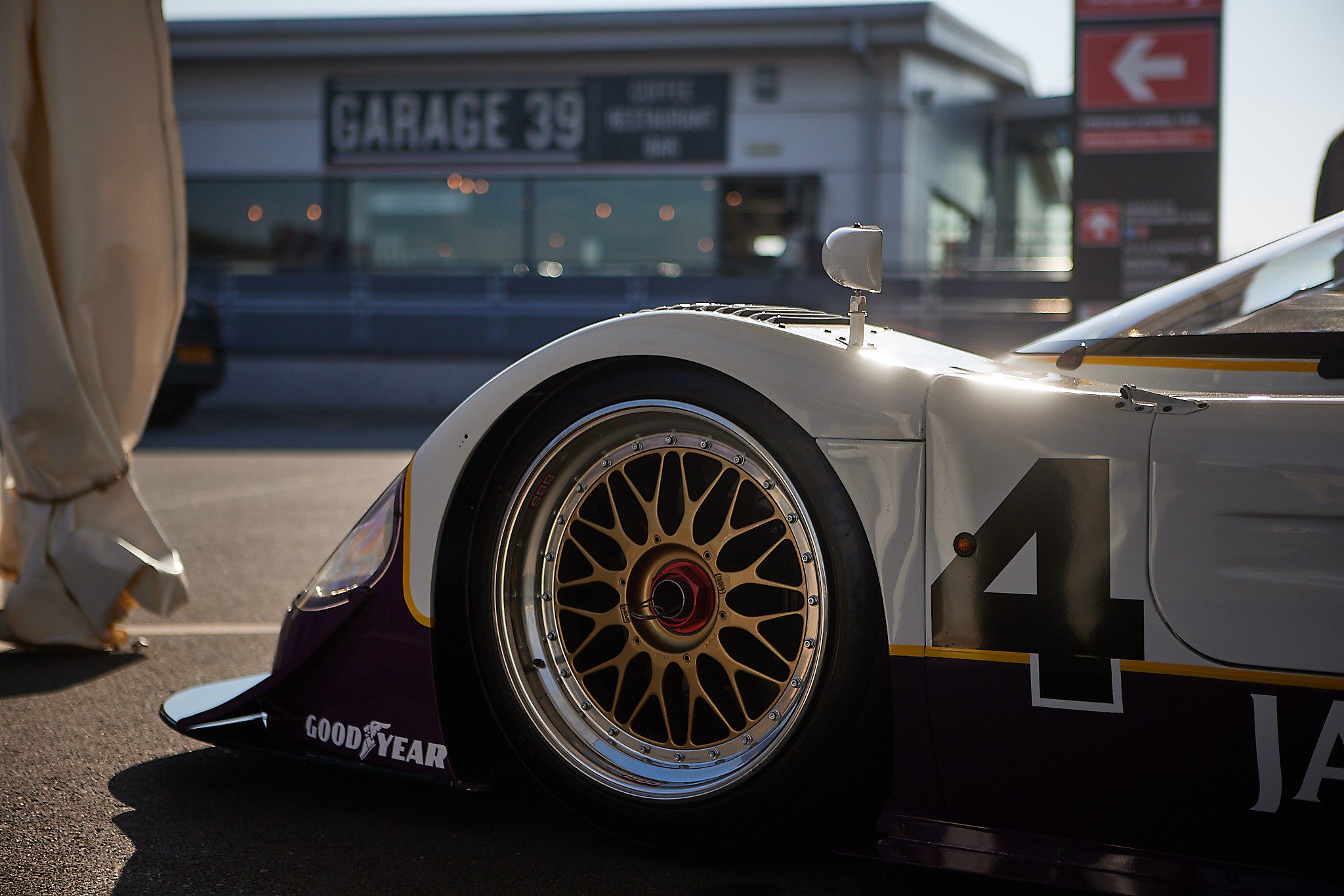 Morning sunlight reflects off the wheel arch of a Silk Cut Jaguar.

Return of the icons

The undoubted highlight of the card was the return of Group C sportscars to the UK. Having not raced competitively since the Silverstone Classic a number of years ago, the iconic endurance cars of the 1980s and early 1990s had left a huge void in the higher echelons of classic motorsport events in the UK.

As somewhat of a taster, the recent Goodwood Member’s Meeting had seen a wonderful turnout of Porsche 956 and 962s as one of the demonstration runs, but the tooth and nail competitive racing, for which these cars were bred, was reserved for Donington. Under the expert orchestration of Duncan Hamilton ROFGO, a dazzling array of sports cars were presented, with a huge crowd presence around their preparation area in the paddocks all weekend. 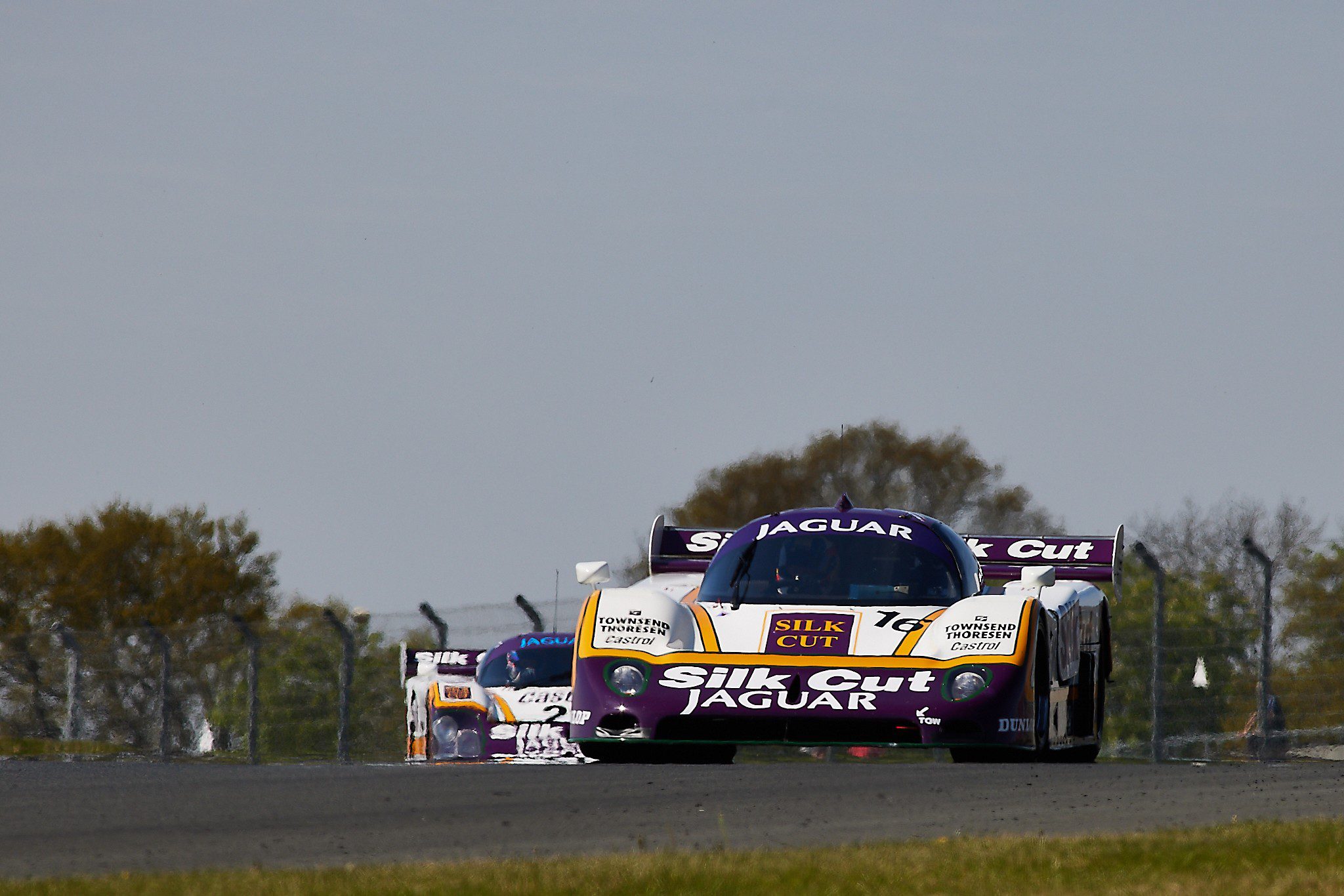 One might presume that there would be an air of caution, from the drivers tasked with manhandling these machines around Donington, but this assumption could not be further from the truth. Anyone fortunate enough to be in the stands on Saturday, was treated to a remarkable spectacle of a race, as the ex Paul Newman Spice SE89P in the hands of Rob Huff, was relentlessly hunted down by a pair of V12 powered Silk Cut Jaguars.

It would be hard to imagine a race more befitting of the 40th anniversary of the inception of Group C, with a cacophony of battling engines, punctuated with frenzied belching of flames delighting all those with their faces pressed up against the fences, intently watching the pursuit. Race one was to see Huff hold strong to take the win, the Jaguar XKR-9 of British GT ace Phil Keen succumbing to a mechanical failure on the penultimate lap, whilst the hard charging Andrew Bentley in the XKR-8 trailed Huff over the line by 0.8s as the chequered flag fell. 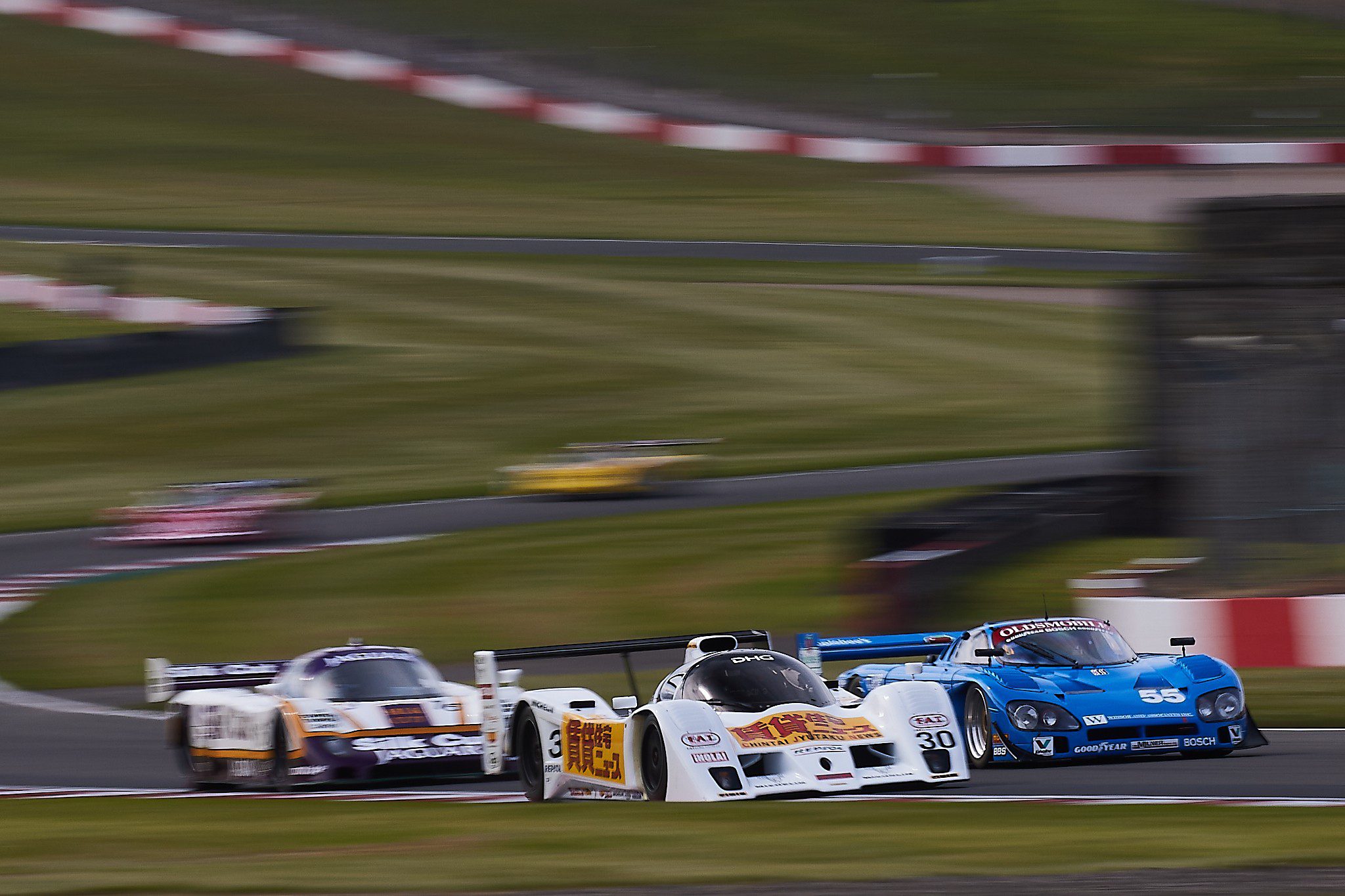 The Lola T92/10 fights with the Spice SE89P ahead of a Silk Cut Jaguar, as the cars climb up to Mcleans

Race two on the Sunday saw a slight reduction in numbers taking the grid, with the added complication of light rain falling

Did you miss our previous article…
https://www.mansbrand.com/2022-la-jolla-concours-delegance/

Recession-Proof Roadsters According To The Hagerty Valuation Team