Every day, a repurposed garbage truck ferries visitors up El Salvador’s Conchagua Volcano to an ecotourism retreat. The vehicle thunders along a cratered road, tossing passengers from side to side. At the summit, they spill out into the sun-dappled forest and are rewarded with sweeping vistas of the deep blue Gulf of Fonseca.

The retreat is named El Espíritu de la Montaña (Mountain Spirit) to reflect the indigenous Lenca belief that a holy presence inhabits the dormant volcano, sometimes manifesting as a butterfly or eagle. Owner Luis Diaz began developing the site seven years ago. But the serenity he found there may not last.

The president of El Salvador, Nayib Bukele, announced in November 2021 that the volcano will become home to a glittering new Bitcoin City. A vast construction project to remodel virgin forest into a vibrant metropolis could soon be underway.

Renderings shared by the government show a circular conurbation emanating from a B-shaped central plaza, and a technicolor street plan that looks like what you might see squinting into a kaleidoscope. The idea is that the local economy will run on Bitcoin, and the city will be powered by geothermal energy from the volcano. The only taxes residents will pay will be on the goods and services they purchase.

To fund the city, El Salvador is selling $1 billion worth of debt in US dollars as “Volcano Bonds.” Half of the money invested in the bonds will fund the construction of Bitcoin City and Bitcoin mining operations, and half will go toward buying Bitcoin—which could someday be used to pay off the bonds if the price of Bitcoin goes up.

Salvadoran finance minister Alejandro Zelaya said in early April that the bonds had attracted $1.5 billion in demand and would be issued soon following delays. Most bonds are expected to be purchased by crypto investors—some of whom, if they pay up to $100,000, may be granted Salvadoran citizenship.

If it’s ever built, Bitcoin City will be a shining realization of crypto’s world-building aspirations. The dream doesn’t stop there, though. A growing number of crypto investors are also trying to persuade other governments to create semi-autonomous zones that double as laboratories for economic experimentation, claiming it will stimulate growth and enrich nearby communities.

But in Central America, foreign investors have parachuted in with promises of prosperity before, only to grab land and extract value for themselves. The region has a long history of economic exploitation—the most glaring example being the “banana republics” of the first half of the 20th century, when the United Fruit Company controlled vast swaths of land and seized political power in Honduras, Guatemala, and Costa Rica. More recently, “export processing zones” carved out for international garment-making companies have become home to sweatshop-style factories that have abused workers’ rights. 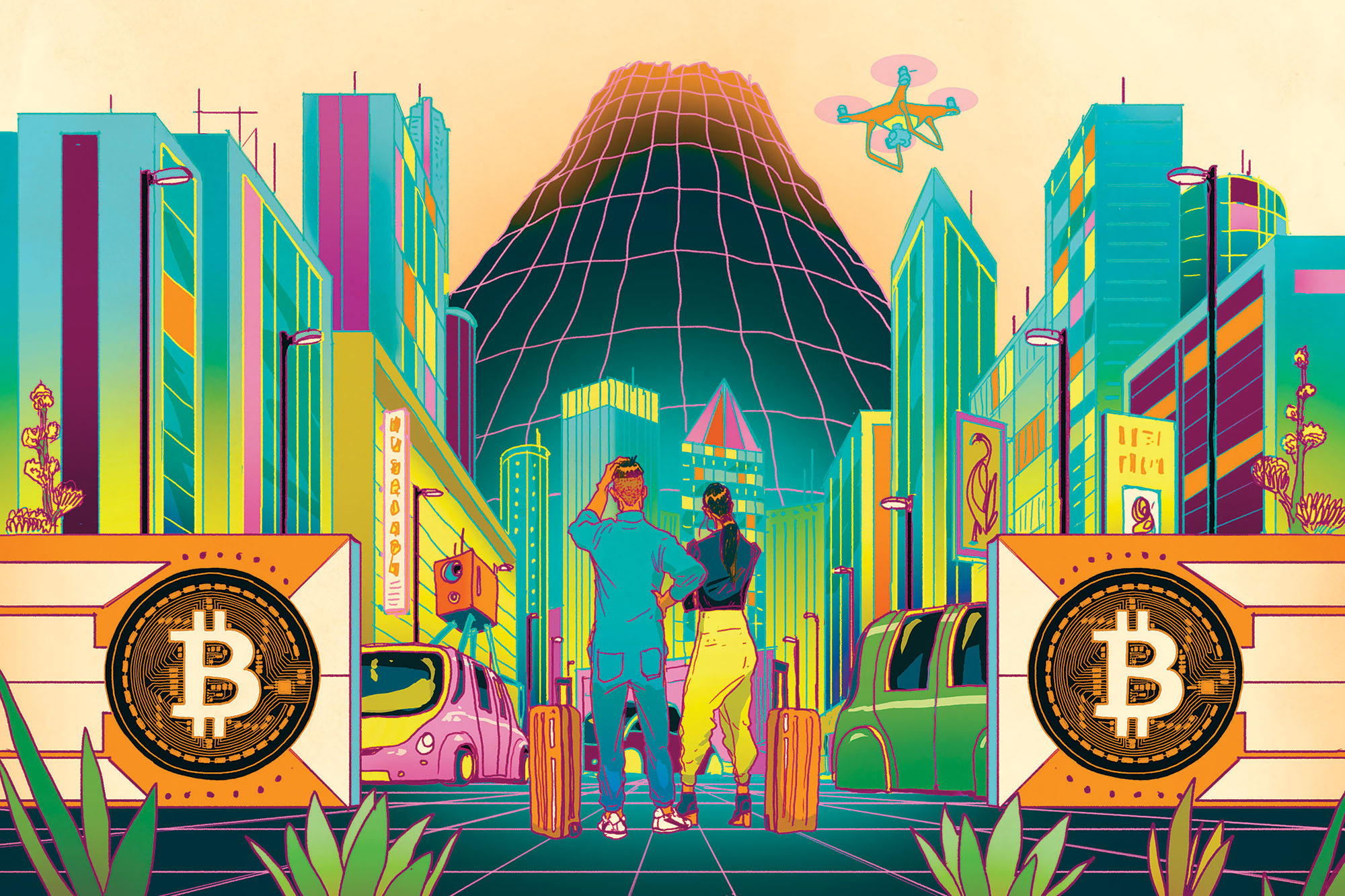 While some politicians and residents believe in crypto’s potential to jump-start the economy, others see history repeating itself. As El Salvador’s experiment takes shape in the form of Bitcoin City, a similar development is already underway in Honduras—but backlash from locals has put its future in jeopardy. Proponents hope to spawn a hundred more Bitcoin Cities, but others question who these projects are really for, and whether the countries serving as test beds will truly benefit.

“Bitcoin citadels” have long captivated early crypto investors and entrepreneurs. Some see it as inevitable that crypto will explode in value and the fiat currency system will crumble, forcing wealthy investors to sequester themselves in fortified compounds to keep the barbarians at bay. Others, inspired by the chance to decouple from the concept of nationhood, see crypto as a way to exit a traditional financial system tethered to antiquated notions like taxation and public expenditure.

Libertarian attempts to create autonomous mini-civilizations go back at least to the 1960s, but crypto is reinvigorating this old dream with a fresh infusion of cash and hype.

Crypto enthusiasts have tried to construct their own utopias before.

Crypto enthusiasts have tried to construct their own utopias before, with lackluster

Did you miss our previous article…
https://www.mansbrand.com/how-the-ai-industry-profits-from-catastrophe/

A game changer in IT security