One of the largest weekly automobile weekend gatherings can be found in Redmond Town Center, Redmond, Washington, where a free outdoor exotic car show is hosted every Saturday morning from 7:15 AM to 11:30 AM.

The organizers call it EXOTICS at RTC. Most people would call it “cars and coffee,” but this event is more organized, has security and volunteers who help with parking and crowd control, and not all cars are welcome.

On designated weekends, a street in the center of the shopping area is blocked off for parking cars of a specific type. Some of the cars are exotic. Others are just “unusual.” Here’s what turned up on British Car Day in 2021. 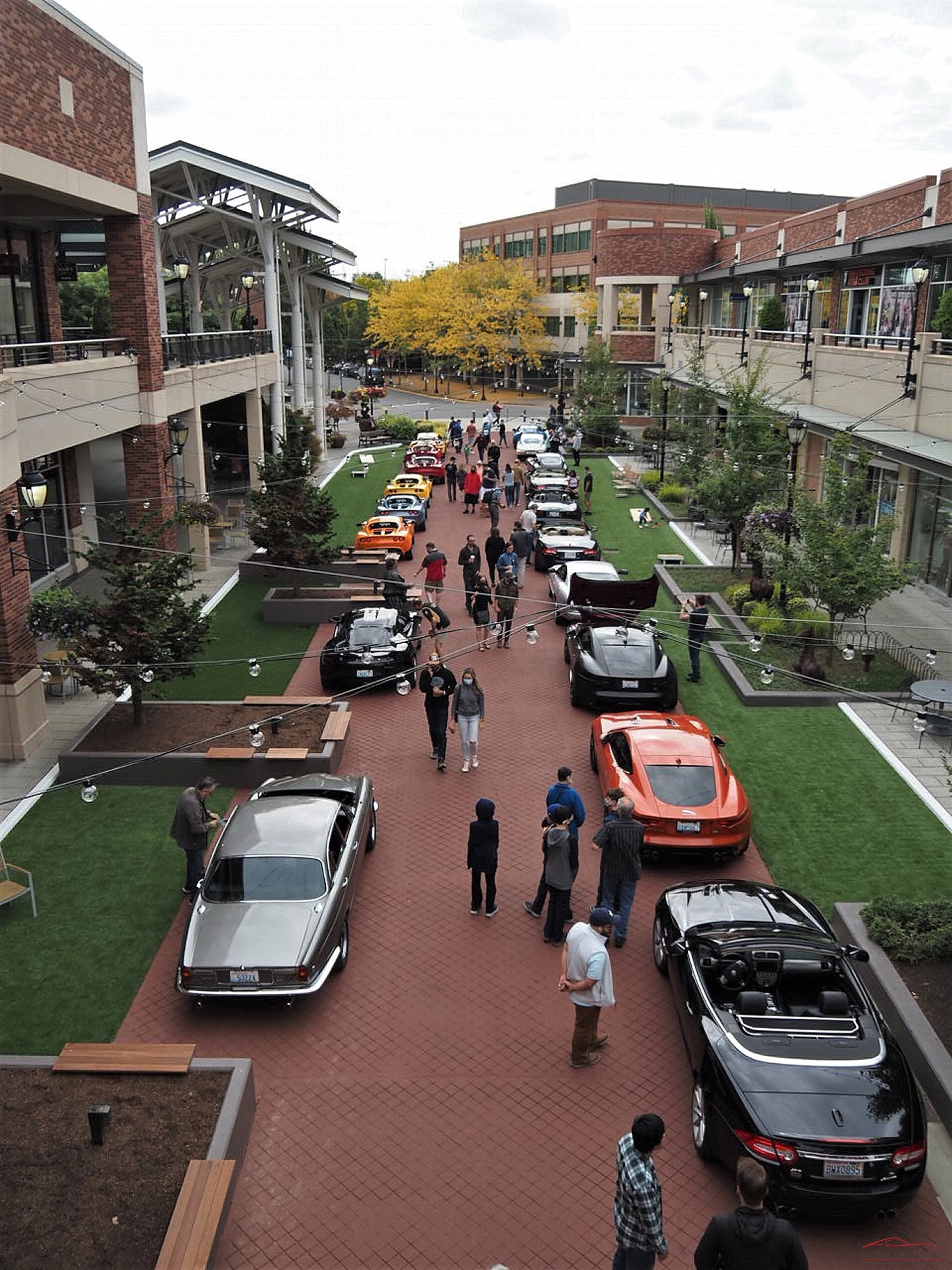 If you live in Seattle Metro, are young, and work for Microsoft, it seems like a Ferrari, a Lamborghini, a Porsche GT3, or a McLaren is as much a part of your standard equipment as a laptop is to everyone else. There were plenty of McLarens in attendance at this event, but I didn’t spend much time covering them—for me, the more exciting cars were elsewhere (sorry, McLaren fans!). 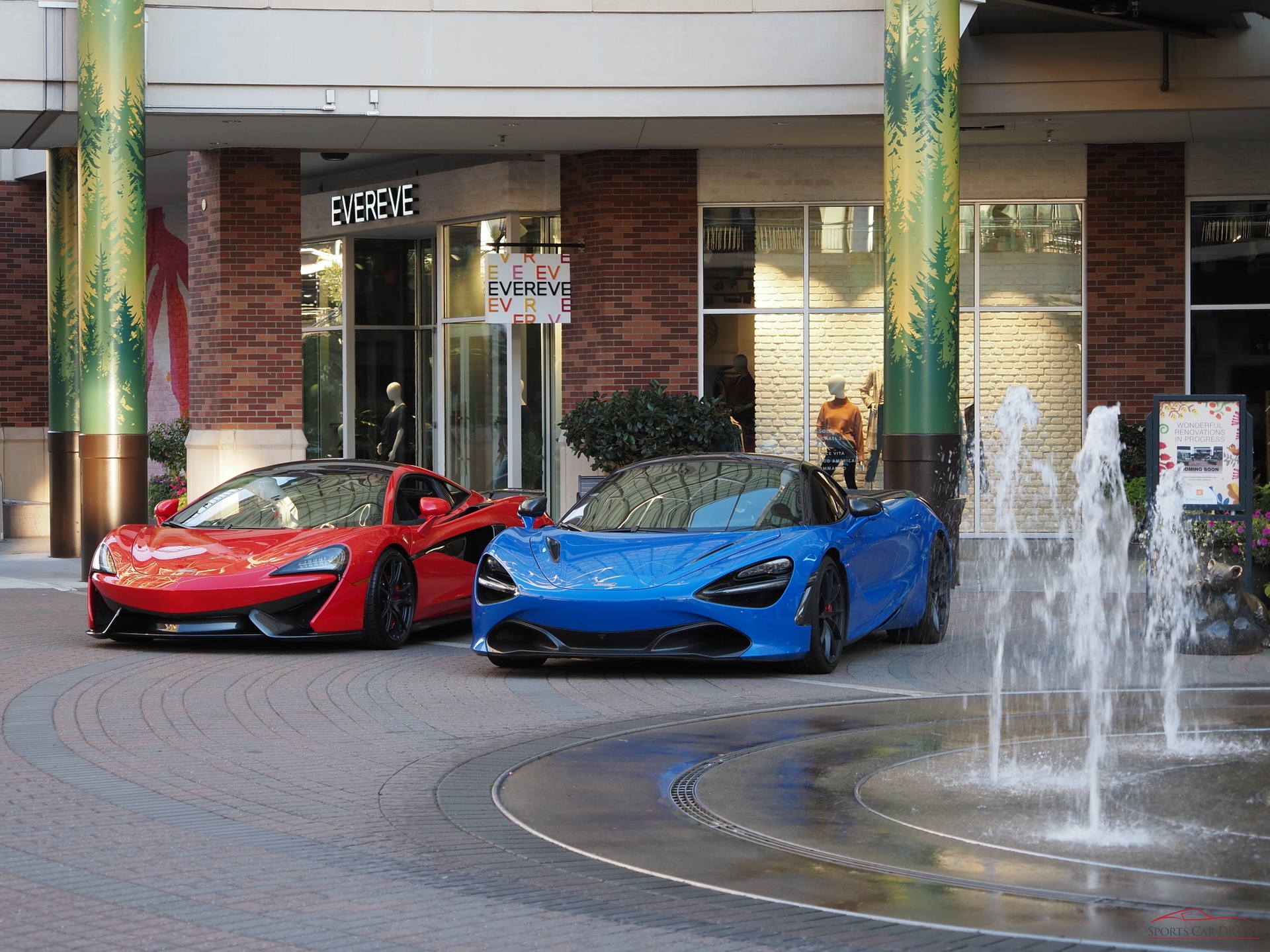 This event featured over 20 Aston Martin cars. The green one (pictured below) is a 12 cylinder DBS, a limited edition based on a DB9, made between 2007 and 2012. The dashboard on this era of analog Astons flashes Power, Beauty, Style when you start the car. They might not be the fastest, but they’re fast enough.

Aston Martin has an interesting history, with hardly one year of profit in the past century. Nearly defunct in the 1980s’ (having sold a mere 6 copies one year), Aston eventually became part of the luxury group that includes Jaguar, Volvo, and Land Rover. A comeback began in 1994 with the DB7—essentially a tuned Jaguar XK in an Aston wrapper.

The 12 cylinder DB9 emerged in 2003, a grand tourer. This car was a sensation. Between the styling and the interior, it has to be one of the most beautiful cars ever made. 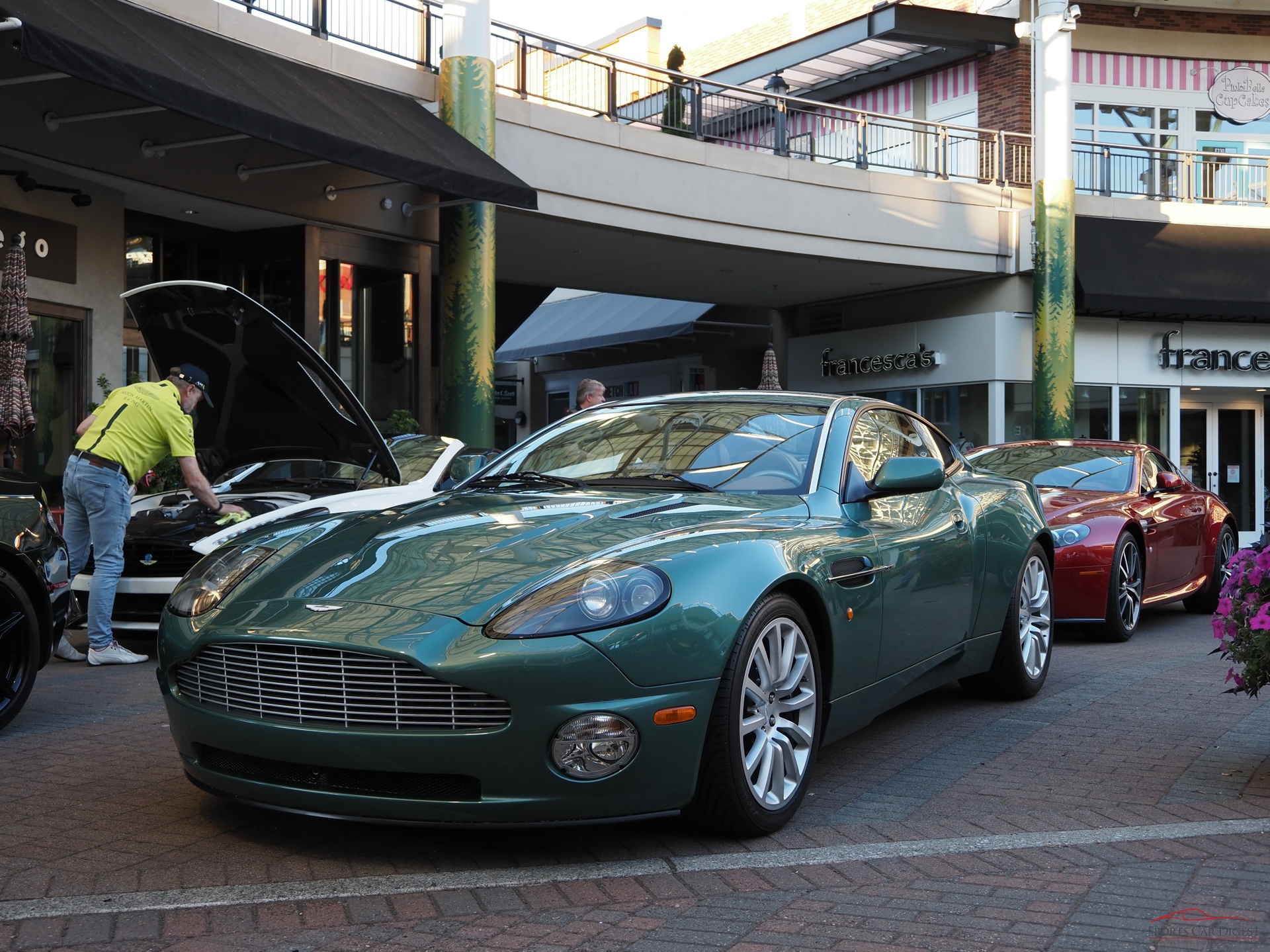 The Vantage is a luxury car, a touring car, a sports car in one package. It might have sold better had it not the reputation of being exotic and expensive.

With a $110,000 base price when introduced in America, it was expensive. Not expensive enough for Aston to sell all they could make, however. It sold out initially in 18 months, with 22,000 produced—good production numbers for a handmade car.

Components were designed to be reliable on everyday high mileage drivers, and they are. While some systems are expensive to service and replace, they are not as much as some people think.

You can find numerous high mileage examples on the roads that have not cost their owners so dearly. As a result, Astons of the era have depreciated and are an excellent buy for those seeking a used exotic or touring

Did you miss our previous article…
https://www.mansbrand.com/masters-historic-season-finale-at-sonoma-raceway/

RESTO-MOD IN RED: Jeff Hayes-Built 1963 Corvette Split-Window With No Reserve