The upcoming Bonhams Zoute Sale that will be held on October 10 have a few prized legendary Italian cars. 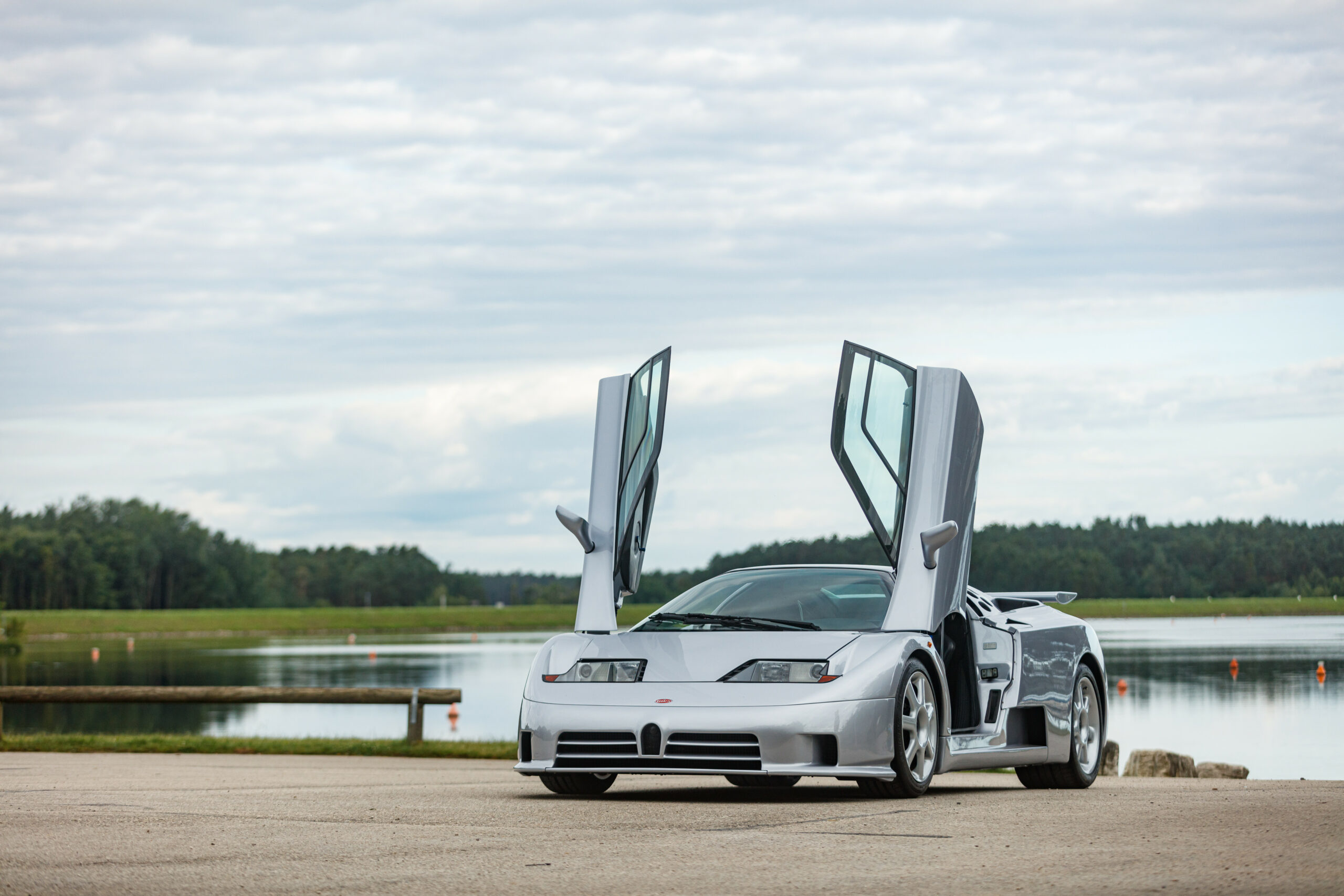 One of them is an extremely rare Bugatti EB 110 Super Sport, the only Bugatti that was designed and built in Italy, and the predecessor of the Bugatti Chiron and Veyron will be on offer with an estimate value of €2,000,000-€2,500,000.

The EB 110 made its debut on the 110th anniversary of the Ettore Bugatti’s birthday and it was doubly special as the EB 110 was the first Bugatti that was produced since 1956. The EB 110 was the brainchild of Romano Artioli who is a Bugattiste, an enthusiast and collector of the marque. The model was purely Italian as it was designed by Marcello Gandini, and subsequently built in Campogalliano, in what is considered to be the ‘motor valley’ in Italy.

Despite fierce competition from other supercars like the Jaguar XJ220 and McLaren F1, the EB 110 was able to set four world speed records, most notably for the fastest series production sports car. The model was launched as a GT and equipped with a 3.5-liter engine that can produce 500bhp. Six months later, a lighter and much more powerful Super Sport was released. It had an output of 600bhp and a recorded top speed of 335kph. Only 30 units of the Super Sport was produced and it attracted owners like the Sultan of Brunei and Michael Schumacher.

At the request of the German first owner, the 1994 Bugatti EB 110 Super Sport on offer is fitted with an even more powerful engine as well as a dark blue interior. It has covered roughly 30,000kms since new, and it will come with a full, detailed Bugatti service history.

Another Italian motor car will also be on offer, a collectible 1969 Ferrari 365 GTC, which is arguably one of the finest all-rounder grand tourers of the marque. It has an estimated value of €600,000-€700,000. One of only 168 units produced, it is the first time that the example is being offered at auction. Remarkably, it has had only one Italian family owner from new and it has kept its original color scheme as well as its original matching numbers. The Ferrari Classiche certification of the example is pending.

Did you miss our previous article…
https://www.mansbrand.com/judges-for-lexus-design-award-2022-announced/

CHART-TOPPING SUVS: From City Streets To Backroads, These Customs Are Ready For Anything

EveryDrive Carry: Off The Grid With The Ford Raptor