Bonhams Grandes Marques à Paris sale will be the first event of Bonhams Motorcars Europe for 2022. The event will be held at the Grand Palais Ephémère, by the Eiffel Tower, and it will feature some really great examples like the 1964 Porsche 904 GTS which was formerly owned by Hollywood royalty, the actor Robert Redford.

The 904 was the last of the renowned ‘giant killer’ racing cars from Porsche. It is a mid-engined, GT racer equipped with a fiberglass body and has proven itself in sports-car racing. It was entered in the Targa Florio, and it even got a podium finish in the Monte Carlo Rally. The example was originally owned by the founder of the Monterey Historic Races at Laguna Seca, Steve Earle. Its second owner, Steve Berg, was the one who campaigned it at known North American venues like the Laguna Seca. Eventually, the example was acquired by Robert Redford who took care of the example for almost a decade. The example is estimated to be worth €1,300,000 to €1,600,000. 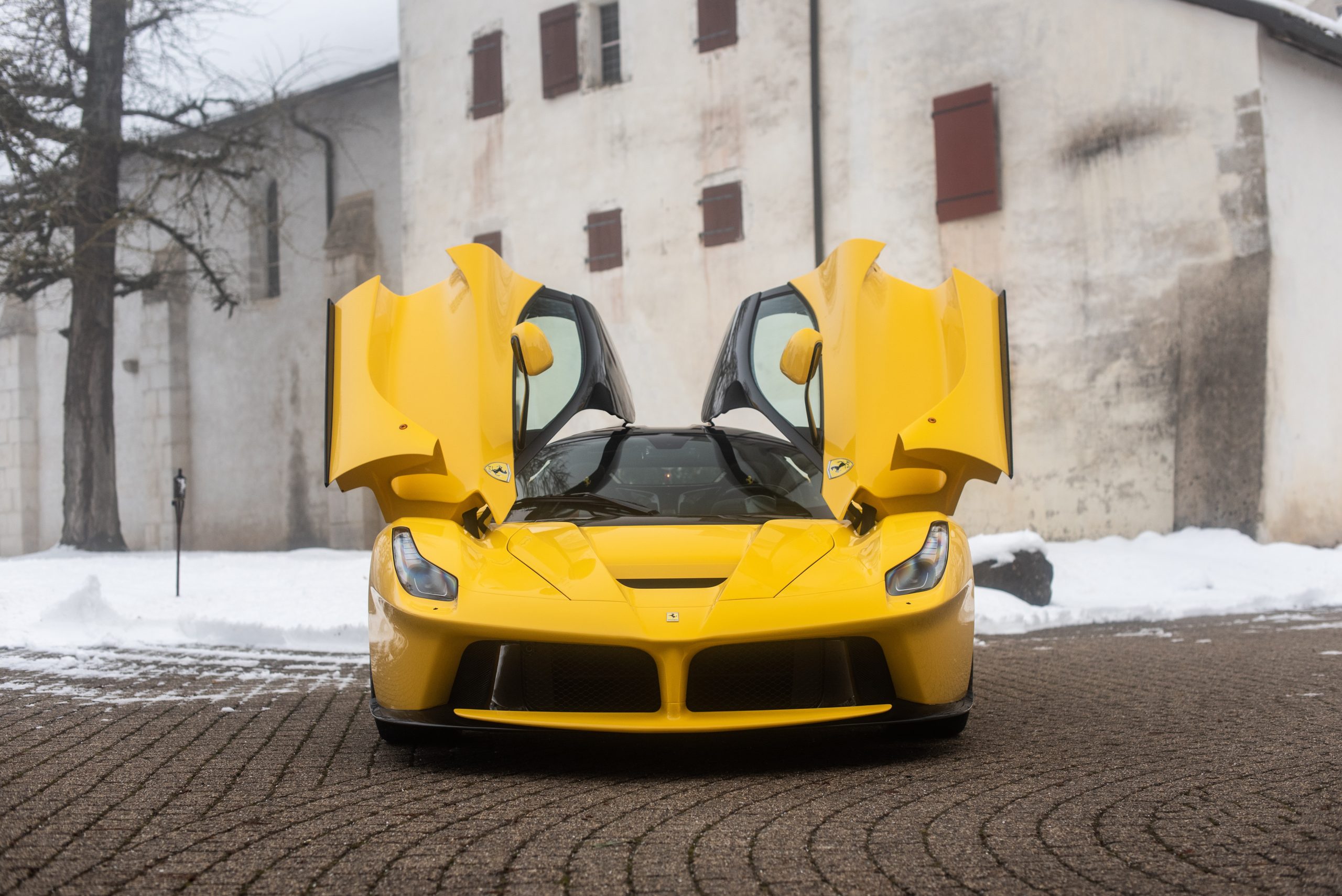 A selection of highly desirable classic and modern supercars will accompany the 904, like this coveted 2015 Ferrari LaFerrari. It is one of only 499 units made of the F-1 inspired hybrid Maranello Special edition hypercar. It is estimated to be roughly around €2,000,000 to €2,500,000.

The Modena manufacturer described the Formula 1 and GT-inspired supercar as the ‘most ambitious’ Ferrari. It is the first production car to have the F1-derived HY-KERS hybrid system. It has a combination of a 6.3-liver V12 engine and electric motor that enables it to have a total output of 950hp. It can go from 0 to 100 kph in less than three seconds with a top speed of more than 350 kph. The example has a yellow finish matched with black interior. It is a low mileage example, having covered only 930 kms from new and offered by its second owner.

The 1996 Bugatti EB110 GT Coupé is another interesting example that will be offered during the sale. What sets this model apart is that there is a significant gap between the EB110 GT Coupé and the Bugatti immediately preceding it which was produced back in 1956. The EB110 was the brainchild of the same person who revived the brand, Romano Artioli, it was designed by Marcello Gandini, and hand built in Capogaliano, in Italy’s ‘motor valley’. 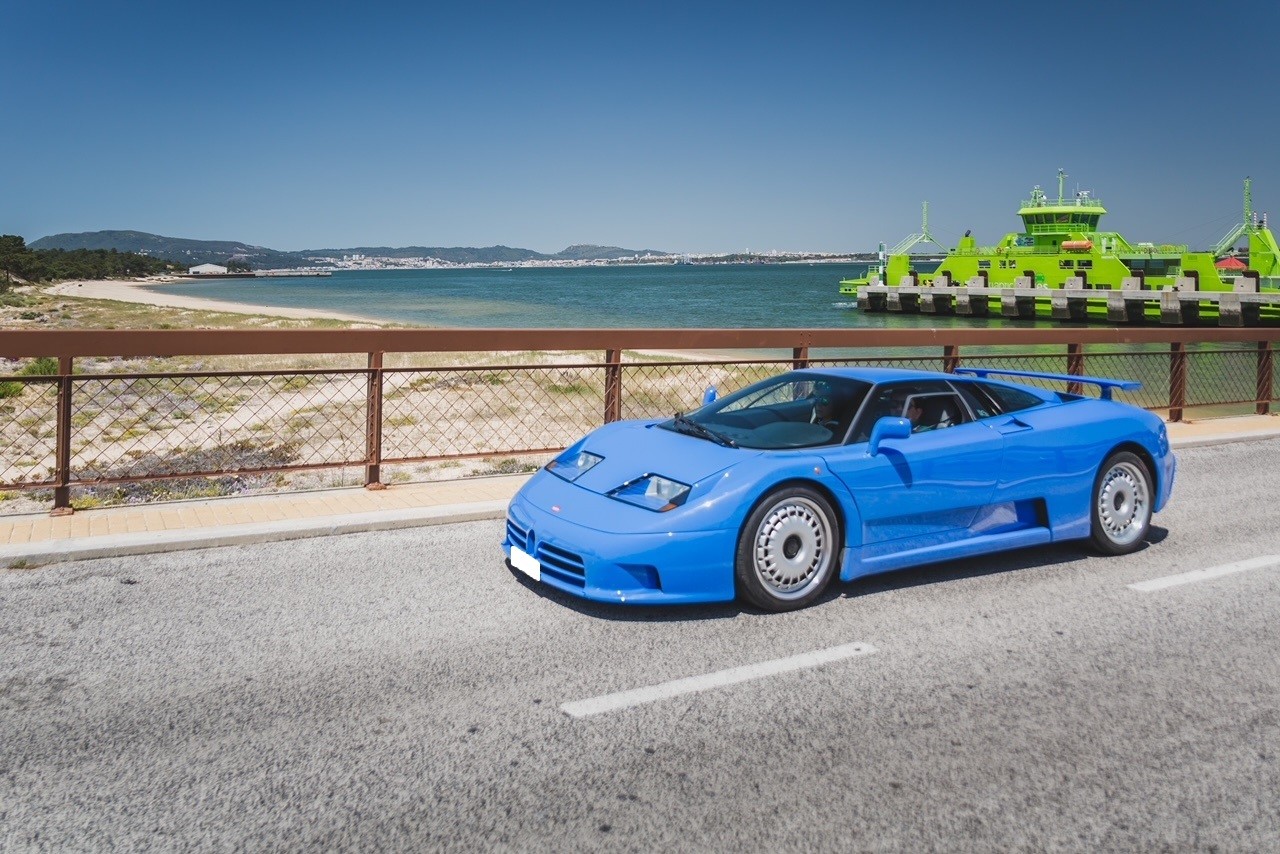 Although the EB110 had really fierce competition coming from the McLaren F1 and Jaguar XJ220, the EB110 simply left their competition in the dust by setting four world speed records, one of which was the record for fastest series production sports car. It is equipped with a 3.5-liter V12 engine with four turbochargers that is said to be able to deliver a maximum speed of 340 kph. There were only 95 GT units produced, and the example has had only three owners from new with a total mileage of roughly around 10,000 kms. The EB110 GT is estimated to be worth €1,100,000 to €1,300,000.

The upcoming Les Grandes Marques à Paris Sale will have the widest variety of collector’s motor cars they’ve offered so far, with the history of the cars spanning more than 100 years of motoring excellence. They will also have some really impressive collection of veteran motor cars coming from a single-family ownership of more than 120 years.

Over the years, the event has established themselves for offering the finest pre-war motor cars, and in the coming 2022 sale, the team will definitely deliver, starting with the 1938 Type 57C Special Coupé known as ‘Le Patron’. Before the Second World War, Ettore Bugatti himself as well as factory drivers Jean-Pierre Wimille and Robert Benoist used the example. It was also eventually used by Pierre Marco, Bugatti’s General Manager.