The art exhibition is titled, “Hubert Phipps: Ascending” and is available for view from January 31. The event also marks the arrival of the ARES S1 supercar model for its North American premiere during the run of the exhibition. Paintings and sculptures created by Phipps surround the car model in the showroom.

Aside from being an artist, Phipps was also a national racecar champion and a pilot. The exhibition features several works that represent his passion for acceleration and aerodynamic forms.

“We chose these bold sculptures and artworks by Hubert Phipps to debut our first US showroom, and to surround the ARES S1 supercar model for its North American premiere because when experienced together they create a powerful fusion that supercharges the imagination,” said Mo Elarishy, of ARES Miami. 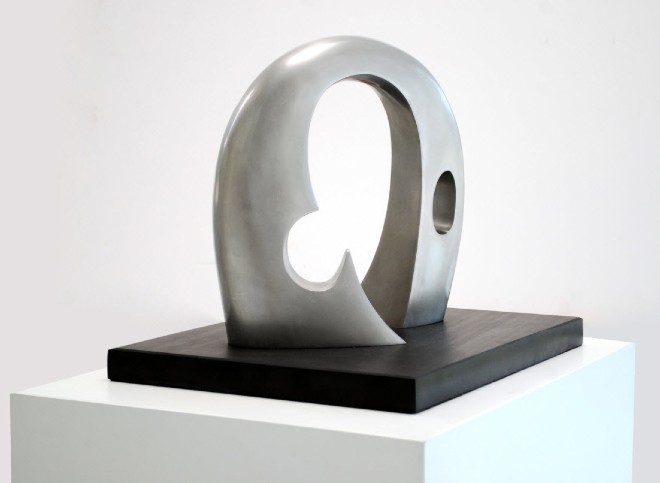 The title of this show reflects Phipps as an artist as well as Phipps’ history with racecars and aircraft. The exhibition debuted during the week of Art Basel in Miami.

From 1979 to 1985, Phipps had some memorable performances in racecar driving, such as winning the SCCA Formula Atlantic National championship. He also achieved wins in the Formula Atlantic Professional series at Willow Springs in 1984 and 1985.

Phipps comes from a family that boasts generations of aviators. He acquired his pilot’s license at the age of 16 and has logged more than 4,000 hours of flying time, often piloting his Airbus Helicopter H-120 down to Florida from his artist studio in Virginia.

The new ARES S1 supercar model was flown from Italy to Miami and the centrepiece of the exhibition. Only 24 models of the ARES S1 supercar will be created in the world, each customisable to the client’s desires and taste, making each design unique. The ARES S1’s dramatic low-profile design is similar to racing prototypes from the 70s and 80s.

Hand-crafted in carbon fibre, the curvaceous wheel arches and forward sitting cockpit, give a sleek yet aggressive stance. The S1 is powered by a naturally aspirated V8 delivering power to the wheels via an 8-speed dual-clutch transmission. The interior features very fine leather that is quilted in specific areas.

“Hubert Phipps’ racing background and his passion for automobiles shine through in the kinetic energy of his sculptures,” continued Elarishy. “The creative process of coachbuilding is a form of automotive craftsmanship similar to producing a sculpture.”

“The designers at ARES blend lines and shapes with sleek proportions to create objects of desire that evolve into rolling masterpieces, and Hubert Phipps uses the same approaches when creating his sculptures,” he added.

If you missed Art Basel Miami, we have rounded up a few highlights from Art Basel Miami 2021. Much has changed in the art industry, such as the rise of NFTs and digital art. To reflect that, there have been a few hybrid exhibitions that explore the combination of digital and fine art. This year’s edition features many highlights such as Louis Vuitton’s “Objects Nomade” collection, Rimowa’s “As Seen By”, and many more.

Did you miss our previous article…
https://www.mansbrand.com/scouting-it-out-earning-an-automotive-merit-badge-at-the-auction/