A4810 Project by IED is a concept car designed by twenty-eight Masters students in Transportation Design at IED. It was their take on the brief that was given to them by the Alpine design team.

The A4810 is a hydrogen-powered, two-seater supercar that fully embraces the next-generation technologies and yet it is still grounded with the traditional characteristics that the Alpine brand built on since it was founded in 1955. It is a concept car that is both environmentally friendly and yet very much technologically advanced.

The A4810 is the embodiment of the future of supercars, today.

As a way to help the new generation of designers and drivers, the student-led project is a perfect way for Alpine to not just expand their horizons, but to also showcase the innovativeness of these very talented and gifted students. 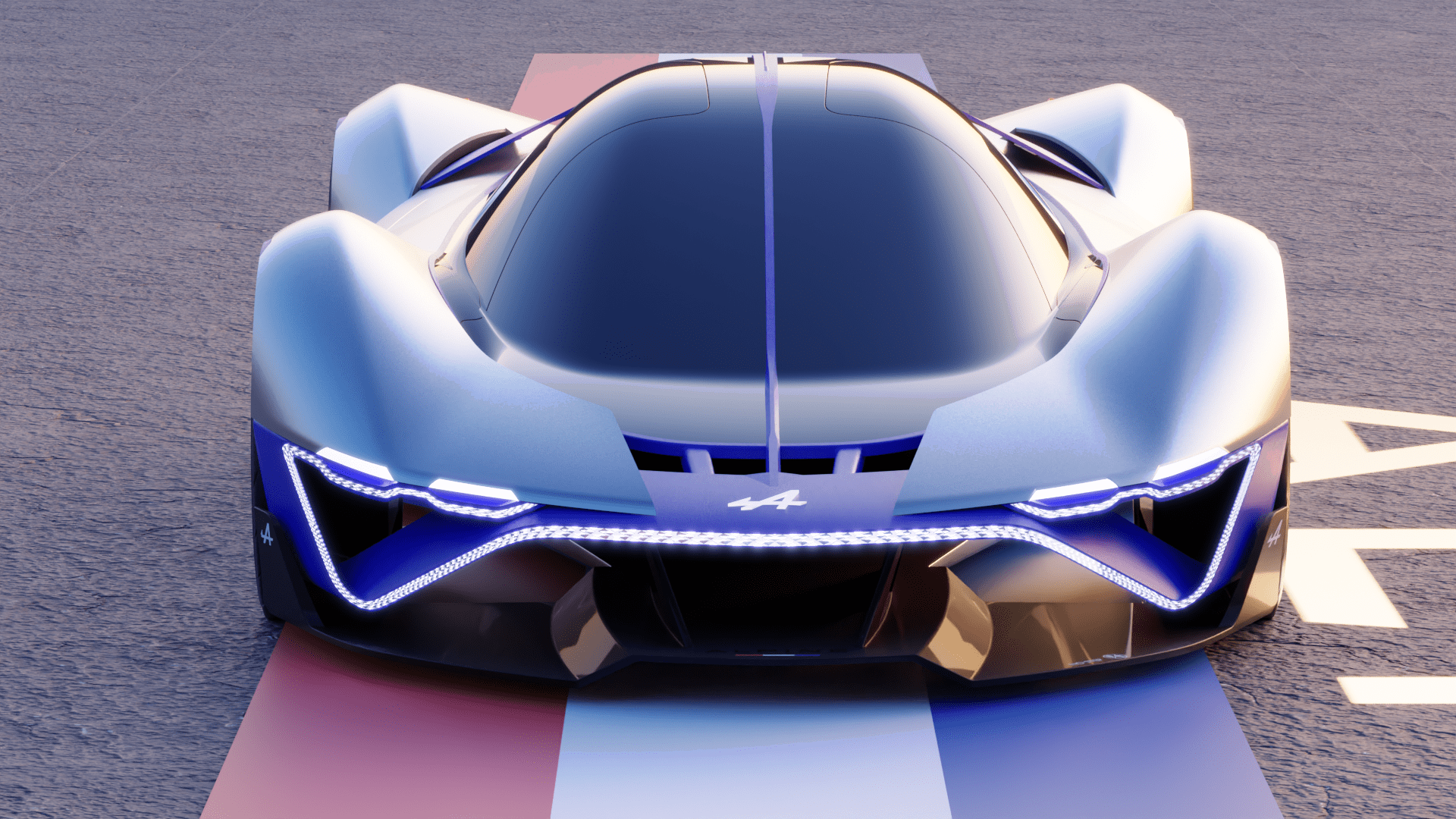 Concept Car for a Sustainable Future

The Alpine A4810 Project by IED is a concept car that has the shape of a berlinette that was given a hydrogen powertrain. Like a typical supercar, at least when it comes to the engine and fuel tanks, the subtraction process is one of the clues as to the innovative nature of the supercar. Inspired by Formula 1 models, it has a lightweight look and aerodynamic features that takes advantage of the full and empty spaces of the car. It has a dimension of 509.1 cm in length, 201 cm width, a height of 105.5 cm, and a wheelbase of 271.7 cm.

The A4810 was the IED students’ answer to the challenge of bringing the brand to the peak of sports car category.

They skillfully preserved the French spirit, successfully steering clear from too much unneeded formal elements. The designers gave more attention to the overlapping layers and sculptural aspects of the car’s silhouette. Colors were also some of the features that the students played with, giving it a two-tone of matte black and carbon fiber highlights, giving the car some bold contrast. Each part of the car is set, designed, and positioned depending on their function: aerodynamic, mechanical, or simply a design feature.

Different digital tools like 3D models, animations, renderings, and Human Machine Interface (HMI) were used to develop the supercar. By adding the hydrogen power supply, it meant that these brilliant students were able to create a real concept that is ready to take on the open roads. 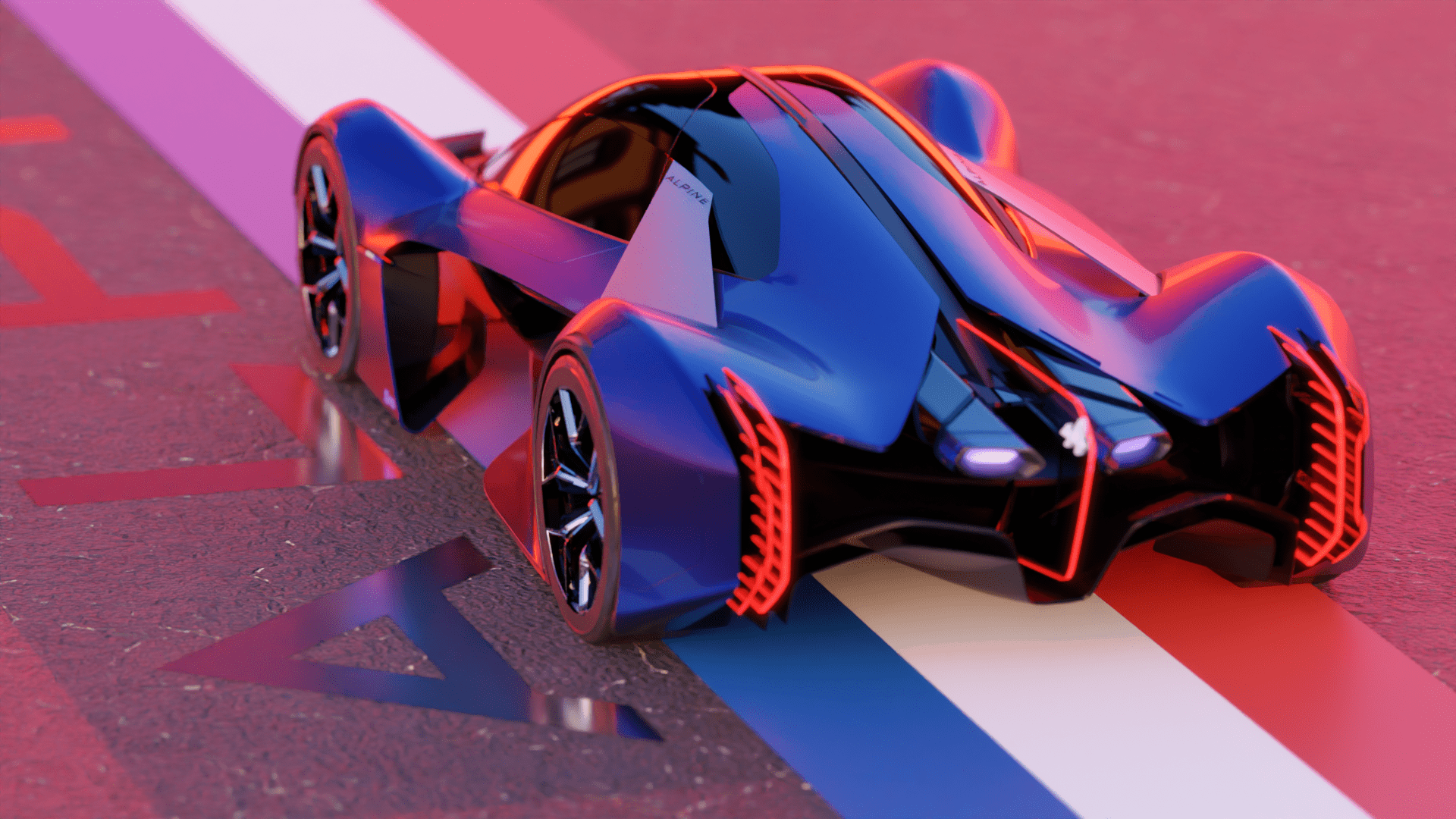 IED-led Project in Collaboration with Alpine

Alpine’s challenge to the students was for them to design a ‘super berlinette” for the year 2035.

The result is a high-performing, two-seater supercar both in terms of performance and environmental impact. Alpine gave the brief last autumn then sent the students off on their own to individually come up with their own version to be presented to the brand.

The company then picked a combination of the two main proposals. Based on the two designs that were collected, the young, talented designers then created the A4810 Project by IED, a quick yet powerful concept car that delivers pure driving pleasure.

While in the design phase, the students wanted to bring together vision, innovation, and the tradition of the Alpine brand. Even the name they gave the concept car symbolizes the brand’s legacy. ‘4810’ is the height in meters of the highest and most iconic peak in the Alps, The Mont Blanc. It sits between Italy and France, like a bridge or connection. Much like the connection between IED and Alpine. As the brand is named after the very same mountains, and each car they offer brings pure driving pleasure, much like the joy one feels when driving along the winding roads of the Alpine.

IED Turin Director Paolo Zini shared, “As in previous years, through their most important project, the Masters students have embraced notions of skills transversality and teamwork in a fertile and

Did you miss our previous article…
https://www.mansbrand.com/ford-gts-ferraris-and-lamborghinis-among-luxury-performance-vehicles-selling-at-no-reserve-during-barrett-jacksons-palm-beach-auction/

The current Mercedes-Benz S-Class might be on its way out, but it’s still a solid car