Recently, Acura shared a glimpse of the upcoming limited-production 2022 NSX Type S supercar, the best performing road-legal NSX ever produced. The NSX Type S is the product of Acura’s commitment to Precision Crafted Performance, and it resulted in a car with more power, faster acceleration, sharper handling, and a more exhilarating driving experience.

All the 2022 Acura NSX manufactured at the Performance Manufacturing Center in Ohio are limited edition Type S model equipped with the enhanced twin-turbo V6 and Sport Hybrid SH-AWD® system. In the final year of production of the NSX, there will only be 350 of these exclusive supercars that will be produced. 300 will be offered in the United States, making it the first time that an NSX Type S is sold outside of Japan. Starting August 12, the limited-run supercars will be available for customer orders at their website.

Despite the final year of production for the NSX, Acura is already looking forward to the future and they plan to continue to create sports cars in the electrified era. Vice President and Acura Brand Officer Jon Ikeda stated, “Acura is a performance brand, a company of enthusiasts, and we will continue moving forward, actively investigating what the next generation of sports cars should be in an electrified era.”

The second generation NSX much like its predecessor, pushed the boundaries of engineering, changing the sports car dynamics. NSX was the first supercar to use three electric motors to improve all aspects of the driving experience. The NSX also introduced a lot of innovations in the industry including the use of the first and only production 9-speed Dual Clutch Transmission (DCT) on a passenger car and the use of ablation casting for the multi-material space frame of the supercar.

After it was launched in 2016, Road & Track named the NSX the “Performance Car of the Year” and Automobile Magazine named it “All Star” winner. In 2020, Motor Trend voters named it the “Best Hybrid Performance Car”.

The racetrack was also dominated by the second-generation NSX. The NSX GT3 Evo won the IMSA WeatherTech SportsCar Championship in the GTD class in 2019 and 2020. In Japan, it also won the 2019 Super GT driver’s and manufacturer’s championships in the GT300 class. In the Time Attack 1 division of the Broadmoor Pikes Peak International Hill Climb, James Robinson set the Hybrid record in 2020. In 2019, Peter Cunningham also set the production vehicle record at the Grand Prix of Long Beach street circuit.

Acura National Sales Assistant Vice President Emile Korkor said, “NSX has played a critical role in reestablishing Acura as a performance brand and the return of Type S. We’ve seen tremendous enthusiasm in the market and we aren’t done yet; there’s more to come as Type S becomes the pinnacle expression of performance across the Acura lineup.”

The one year production run of the NSX Type S is capped at only 350 units so it will surely be a collectable first-generation NSX model, much like what happened to the 1999 NSX Zanardi Edition of which only 51 units were produced. Similarly, the NSX-R (483 units between 1992-1995), NSX Type S (209 units between 1997-2001), and NSX Type S-Zero (30 units between 1997-2001) which are the Japanese Domestic Market variants, also enjoyed their unique, rare, and collectible characteristics. To date, there are more than fifteen hundred units of the second-generation NSX sales in the U.S. while there are more than twenty-five hundred units sold worldwide.

The debut of the NSX Type S marks the third Type S variant debut that Acura has announced this year. It joins the ranks of the TLX Type S sport sedan, as well as the upcoming MDX Type S three-row SUV. With each release, the brand has consistently brought the performance of their products to new levels. 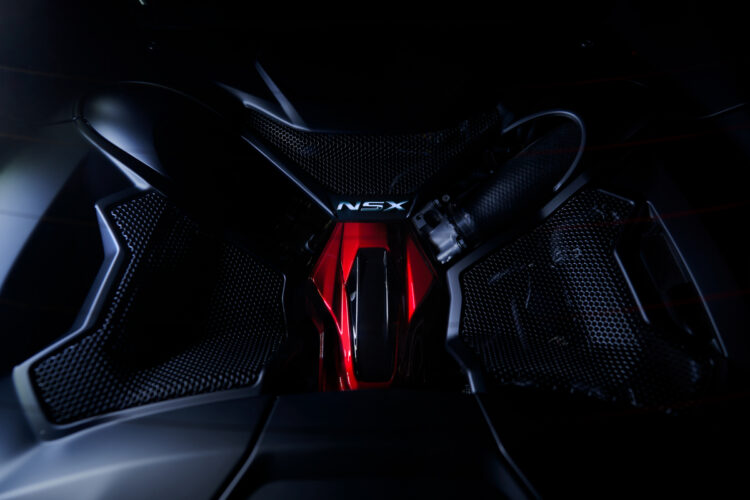 Did you miss our previous article…
https://www.mansbrand.com/mecum-orlando-summer-special-auction-sale-a-huge-success/