A Radical Repeats at a Foggy Thunderhill Enduro

The 25 Hours of Thunderhill resumed on the first weekend in December after skipping the 2020 edition. The Team One Motorsports 2 Radical won overall in a race truncated by fog. Drivers Jeff Shafer, Anthony Bullock, Josh Sarchet and Jordan Missig outdueled another prototype in a close race until the final hour. The win is the first overall Thunderhill victory for the team and the second in succession for a Radical SR3.

Memories of a very wet and chilly 2019 race were still vivid for many in the paddock and they came prepared for anything and everything. Teams constructed pit areas with walls and heaters. Crews came with layers of clothing. Cars were prepared with lessons learned after rain-induced issues. 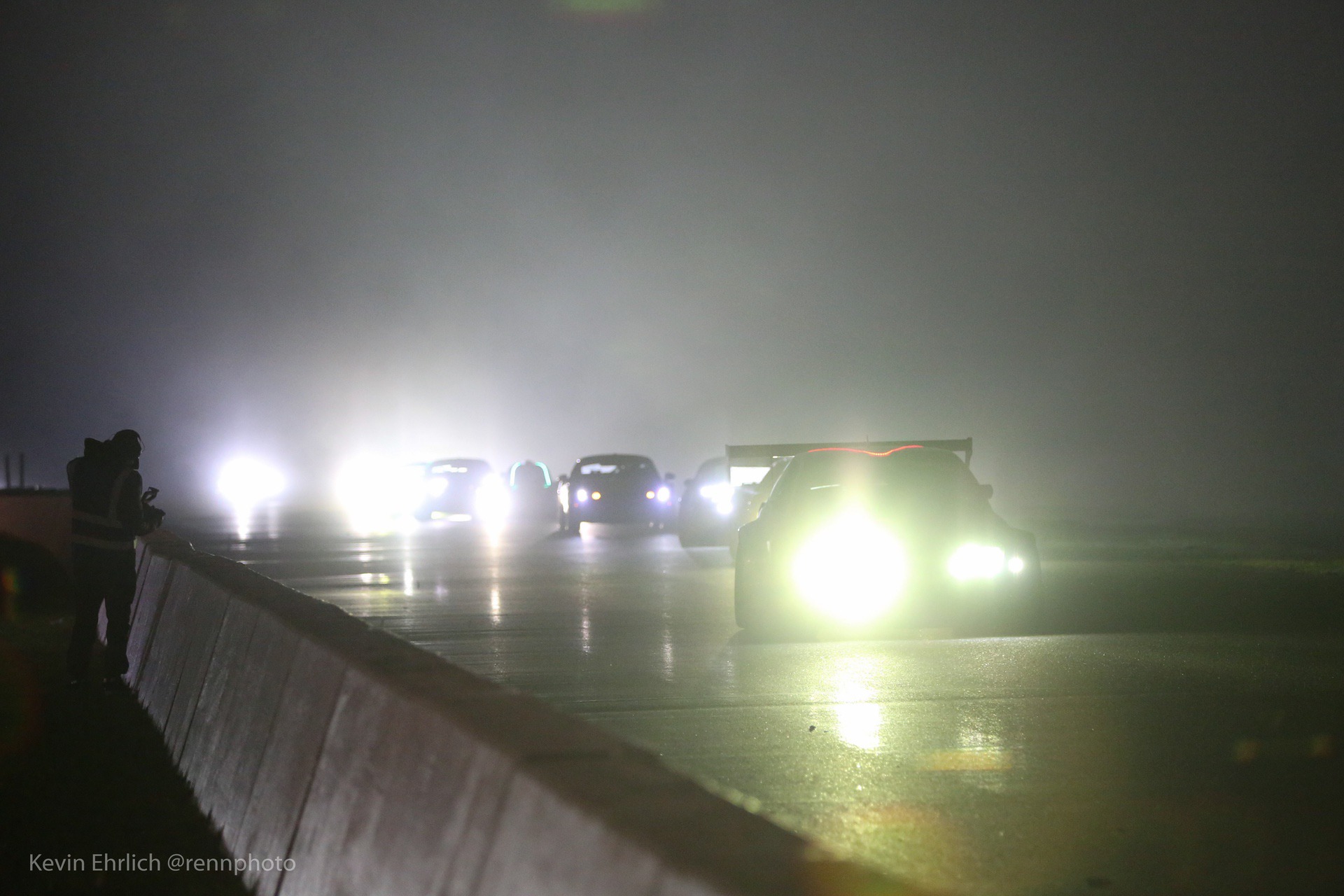 Mother Nature had other ideas. While she brought sunny blue skies and reasonably warm weather (at least warm for early December in Northern California), she spun the Thunderhill weather roulette wheel and landed on fog. 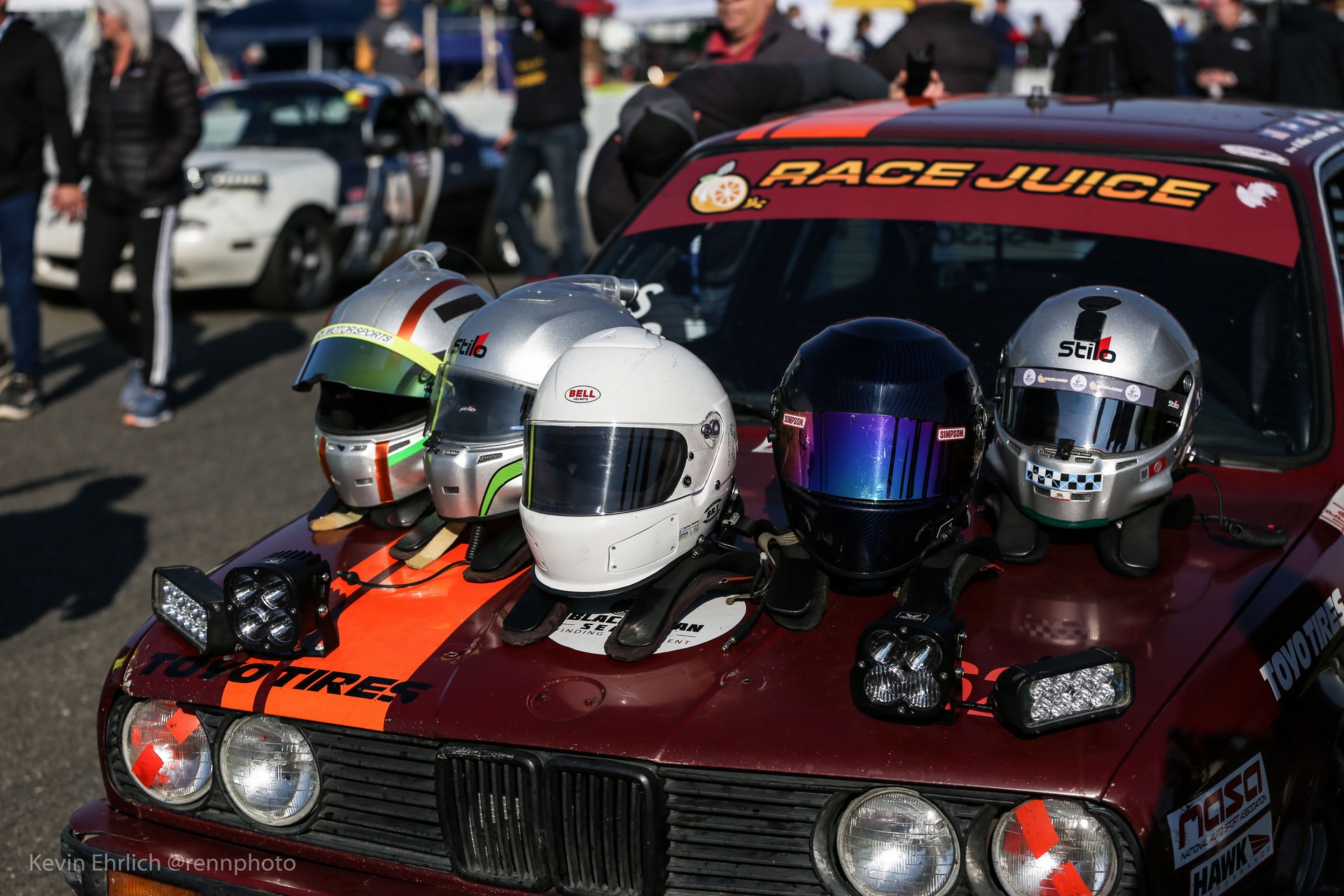 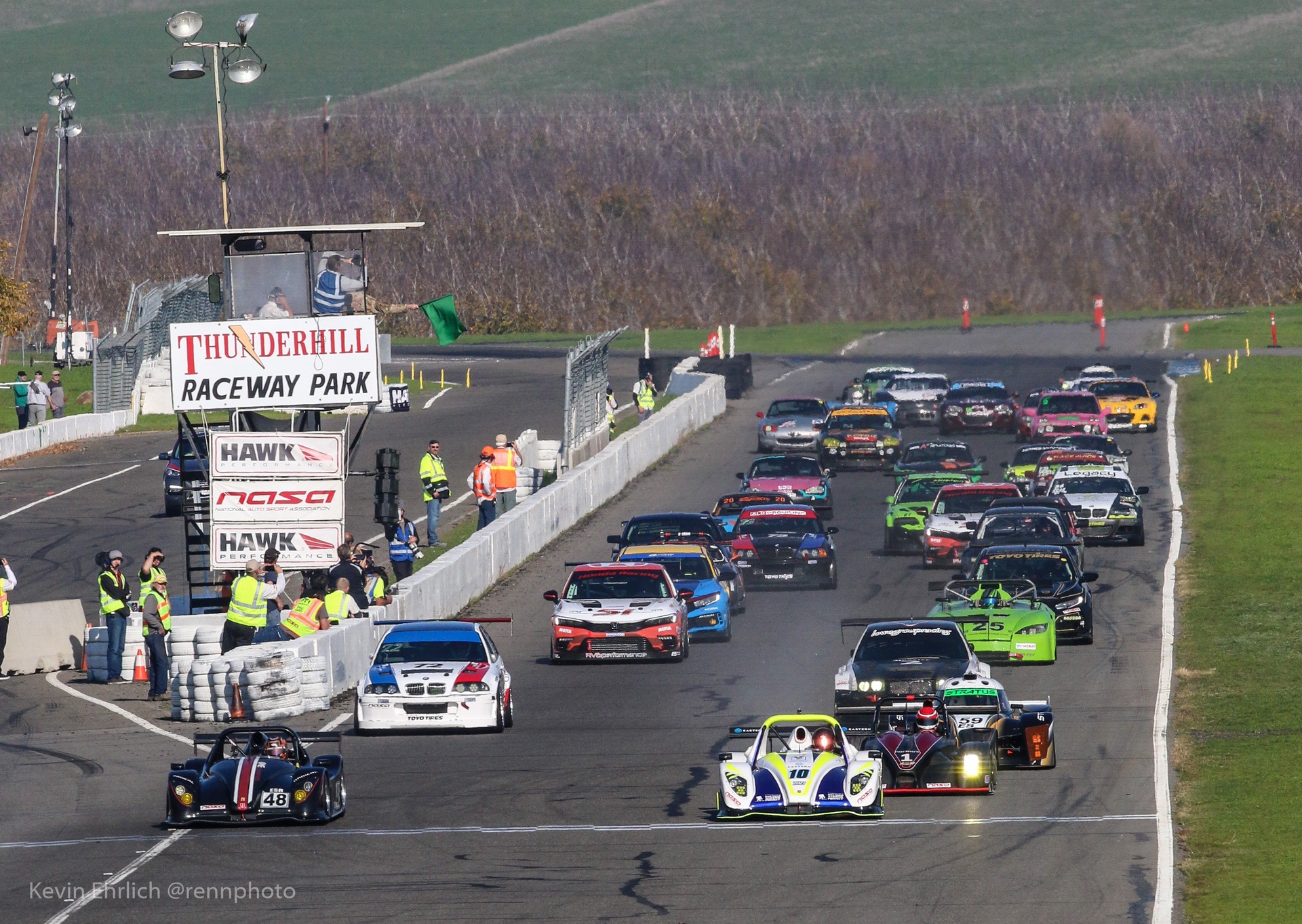 Ominous Omens At the Start of Thunderhill Enduro 2021

A pair of spins at the outset should have been a sign of drama to come. The pole-sitting #64 Team Crowdstrike/Mosaic Motorsports Duqueine LMP3 prototype spun on the warm-up lap. It gave up its starting position, moving to the rear of the field and giving up the pole to the #10 TVI Racing Radical.

After the green flag waved above the field of 36 split, the white TVI Racing Radical had its own spin at the exit of the first turn on its own fluid and miraculously wasn’t collected by the full field charging just behind. 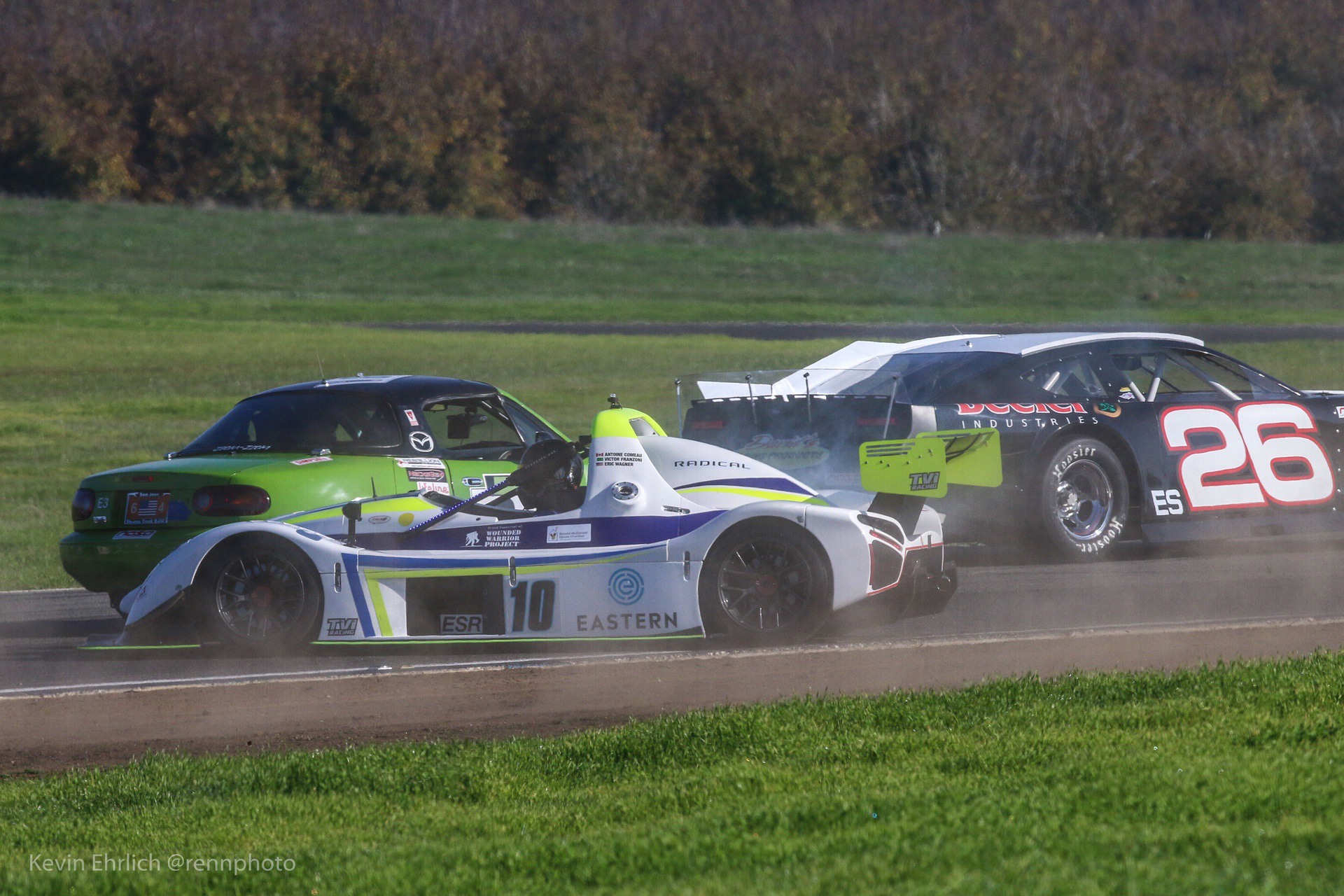 Did you miss our previous article…
https://www.mansbrand.com/book-review-porsche-at-le-mans-70-years/