A Powerhouse Team of Stars, Ring or No Ring 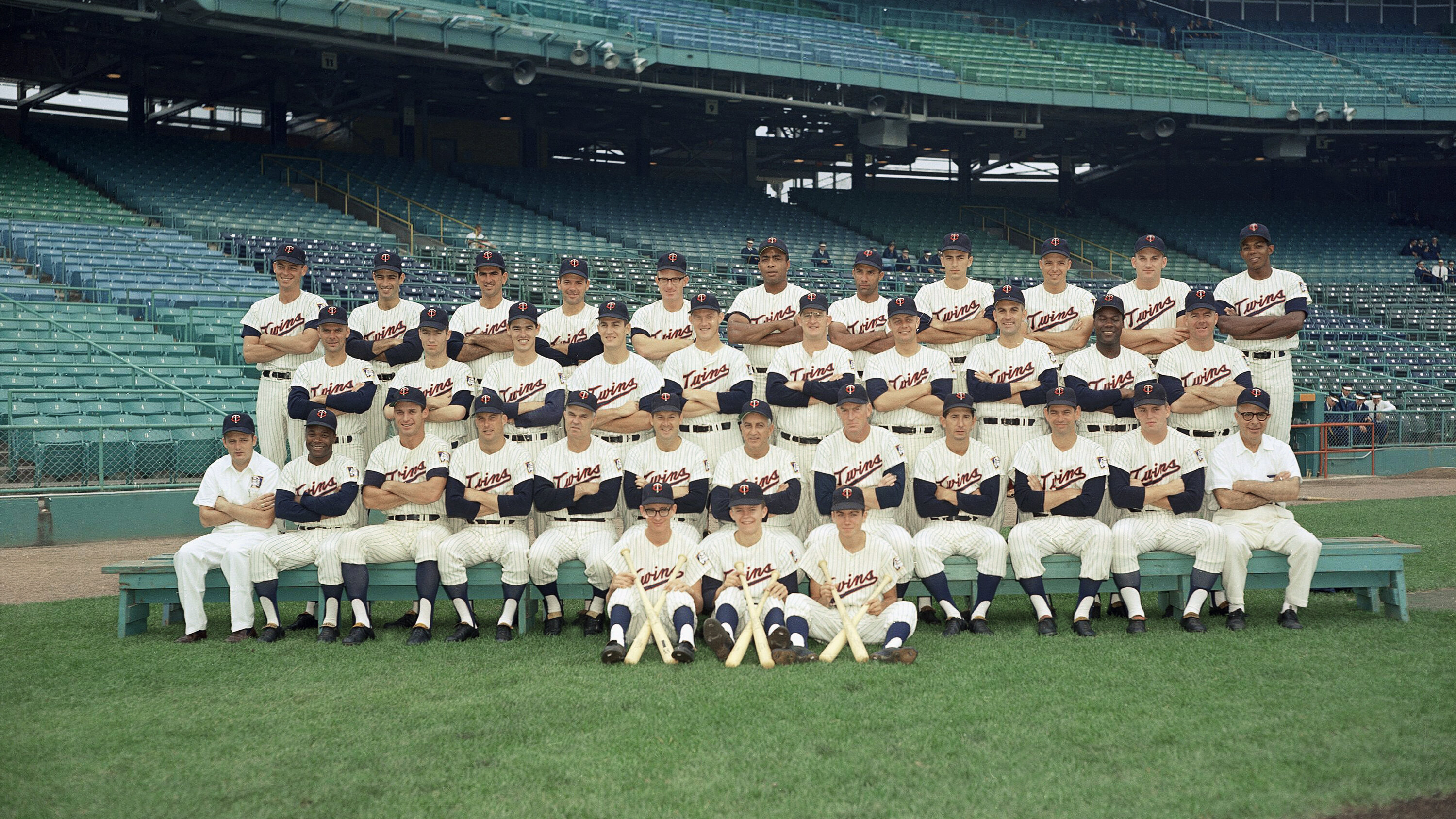 COOPERSTOWN, N.Y. — A humble little baseball sits at the bottom of a display case for David Ortiz on the third floor of the Hall of Fame. No hologram, no elaborate markings. In thick black ink, just below the red-seam horseshoe, someone scrawled “First HR.” Under that, in lighter pen: “Big Show.”

The Big Papi Show was still in preproduction that day, Sept. 14, 1997, when Ortiz swatted the first of 541 home runs on his way to first-ballot induction here on Sunday. His years with the Boston Red Sox made him a transcendent star, but when he hit that first homer, he was playing for the Minnesota Twins.

The other inductees this weekend took the long way here, elected through a small-committee vote in December: Bud Fowler, Gil Hodges, Minnie Miñoso, Buck O’Neil and the two other living members, Jim Kaat and Tony Oliva, who will represent the Twins — the same franchise that released Ortiz in 2002, just before his Boston breakthrough.

“I’m not going to be getting many endorsement opportunities like Big Papi,” Kaat said recently, “unless they have, like, Duracell Battery for long life.”

Kaat and Oliva were born in 1938 and spent a combined 30 seasons with the Twins’ franchise. Their induction means that five Hall of Famers played for the Twins from 1970-73, including Harmon Killebrew, Rod Carew and Bert Blyleven.

According to research by the Hall of Fame, no team has had more than five Hall of Famers at once in the division-play era. Besides the Twins, the others with five are the 1970 Chicago Cubs, the 1980 Boston Red Sox and the 1982 and 1984 Milwaukee Brewers. None of those teams won the World Series, as Ortiz did three times with the Red Sox, but the 1970 Twins, who were 98-64, had the best regular-season record of the group.

“You had to play really well to beat them,” said the Hall of Fame pitcher Jim Palmer, whose Baltimore Orioles swept the Twins in a best-of-five American League Championship Series that fall, repeating their feat from 1969. “They had really good balance — power, a little bit of speed, well-managed, and great fans in the old ballpark.”

Kaat played his first two seasons for the original Washington Senators, who moved to Bloomington, Minn., about two weeks after Bill Mazeroski homered for Pittsburgh to beat the Yankees in Game 7 of the World Series. It was the start of the expansion era and part of a surge of franchise movement.

“I reported to the clubhouse in the instructional league on Oct. 26, 1960 and I had Senators across my chest — and by the end of the day, it was Twins,” Kaat said. “That was the day that the Washington Senators became the Twins.

“We, as players, thought it was a great move because we remembered what a positive move it was for the Braves to go from Boston to Milwaukee. Little things, like we’d hear they get these deals to get a car to drive for the season, stuff like that. So coming up here with M.L.B. being new, being welcomed with open arms, I mean, the performance was secondary. Fans here were just happy to have big league baseball.”

After a 90-loss debut season, though, the performance was extraordinary. The Twins won 817 games from 1962 through 1970, more than every other A.L. team except the Orioles. Kaat was among the era’s top pitchers, winning 146 games in those seasons, trailing only Bob Gibson and Juan Marichal.

Oliva arrived for good in 1964, winning the Rookie of the Year award and the first of three batting titles. He was one of several Cuban players signed by the Senators/Twins scout Joe Cambria, including the 1965 winner of the A.L.’s Most Valuable Player Award, shortstop Zoilo Versalles. The environment helped the transition for Oliva, who never played for another team.

“I remember Jim Kaat told me, ‘You’re going to feel like home, because one-third of the ball club is Cuban,” Oliva said. “I was so happy to be here with the Minnesota Twins, because it made me feel like home. In those days I didn’t speak one word of English, and they took care of me, they babysitted me. They were very nice, all those Cubans.”

Knee injuries robbed Oliva of the longevity of many of his contemporaries; he finished with a .304 average, but only 1,917 career hits. He was not a singles hitter, either, once leading the league in slugging percentage and finishing with 220 homers, more than 13 members of the 3,000-hit club.

“Everybody says, ‘What’s the highlight of your career, the shutout against Sandy Koufax in the World Series?’” Palmer said. “I’ll tell Tony, ‘No, the day I struck you out twice.’ Wally Bunker used to say, ‘Tony Oliva — oh, leave us alone!’”

Oliva hit .344 for his career against Palmer (though he never homered off him) and punished another Hall of Famer, Catfish Hunter, for a .333 average and eight homers. He hit .314 in three postseason series.

Before the two A.L.C.S. defeats to the Orioles, the Twins fell to the Los Angeles Dodgers in the 1965 World Series. Kaat beat Koufax in Game 2 (after Koufax had refused to pitch the opener because it fell on Yom Kippur) but lost to him in Games 5 and 7.

“I was pretty realistic in ’65 — I mean, to try to get a couple runs off Koufax, we were fortunate to get two of them in Game 2 and one of them was unearned,” Kaat said. “So it’s not like we blew the series or anything like that. And then of course I thought we’d get back. When you’re in your 20s and you’ve got a good team: ‘Oh, we’ll get back.’”

The Twins declined in the early 1970s, even with all those Hall of Famers, and waived Kaat in 1973. He revived his career with back-to-back 20-win seasons for the Chicago White Sox under the pitching coach Johnny Sain, then bounced to the Philadelphia Phillies, the Yankees and, finally, the St. Louis Cardinals.

There, in 1982, Kaat earned a championship ring when the Cardinals beat the Brewers and their Cooperstown quartet of Paul Molitor, Ted Simmons, Don Sutton and Robin Yount (closer Rollie Fingers was injured). By then, everybody else from the 1965 World Series had retired.

“That 17-year wait was the longest any player’s had to wait to get back to the World Series,” Kaat said. “And then getting that World Series ring — I found this out from the Elias Sports Bureau — no athlete in any professional sport has played 24 seasons before getting a championship ring. So that’s what made that ’82 season worth the wait and very rewarding.”

The Twins would finally win the World Series in 1987, with Kirby Puckett leading the way, and again four years later. But those teams could not match their early-’70s predecessors for membership in the Hall of Fame, where Kaat and Oliva — that long-life duo — will now have plaques forever.

On Sunday, seven former players will be inducted into the Baseball Hall of Fame in Cooperstown, N.Y. The three living inductees — David Ortiz, Jim Kaat and Tony Oliva — will be on hand.

Twins, Red Sox (1997-2016): Known by many as Big Papi, Ortiz always seemed to rise to the occasion. He had numerous walk-off homers for Boston and helped lead the team to three World Series titles.

Dodgers, Mets (1943-63): The “steel cable” that connects Brooklyn, Los Angeles and Queens, Hodges was a star player for the Dodgers and led the Mets to a shocking World Series win as a manager.

Memphis Red Sox, Monarchs (1937-48): A player and manager in the Negro leagues, O’Neil was later a scout and executive who helped keep the memory of the Negro leagues alive with the Negro Leagues Baseball Museum.

Several teams (1946-80): A pioneer from Latin America, Miñoso, who was Cuban, began his career in the Negro leagues and later starred for the Chicago White Sox and Cleveland in the 1950s and ’60s.

Several teams (1959-83): A rock-solid pitcher who lasted for 25 seasons, Kaat was an All-Star for the Twins and the White Sox, won 16 Gold Gloves and went on to have a distinguished broadcasting career.

Twins (1962-76): A three-time batting champion who led the A.L. in hits five times, Oliva was the A.L.’s top rookie in 1964 and had an eight-season stretch in which he was an All-Star and received M.V.P. votes in each year.

19th century pioneer: Among the first Black men to play professional baseball, Fowler was a well-traveled infielder and pitcher. After the color line was established, he helped start the Page Fence Giants of the Negro leagues.

Read More
Did you miss our previous article…
https://www.mansbrand.com/how-many-emmys-should-succession-actually-win-a-category-by-category-breakdown/

The Biggest Potential Upsets at the 2022 Oscars

‘Dropout’ Director Michael Showalter On Getting Inside Elizabeth Holmes’s Head