A new vision of artificial intelligence for the people

In the back room of an old and graying building in the northernmost region of New Zealand, one of the most advanced computers for artificial intelligence is helping to redefine the technology’s future.

Te Hiku Media, a nonprofit Māori radio station run by life partners Peter-Lucas Jones and Keoni Mahelona, bought the machine at a 50% discount to train its own algorithms for natural-language processing. It’s now a central part of the pair’s dream to revitalize the Māori language while keeping control of their community’s data.

Mahelona, a native Hawaiian who settled in New Zealand after falling in love with the country, chuckles at the irony of the situation. “The computer is just sitting on a rack in Kaitaia, of all places—a derelict rural town with high poverty and a large Indigenous population. I guess we’re a bit under the radar,” he says.

The project is a radical departure from the way the AI industry typically operates. Over the last decade, AI researchers have pushed the field to new limits with the dogma “More is more”: Amass more data to produce bigger models (algorithms trained on said data) to produce better results.

The approach has led to remarkable breakthroughs—but to costs as well. Companies have relentlessly mined people for their faces, voices, and behaviors to enrich bottom lines. And models built by averaging data from entire populations have sidelined minority and marginalized communities even as they are disproportionately subjected to the technology. 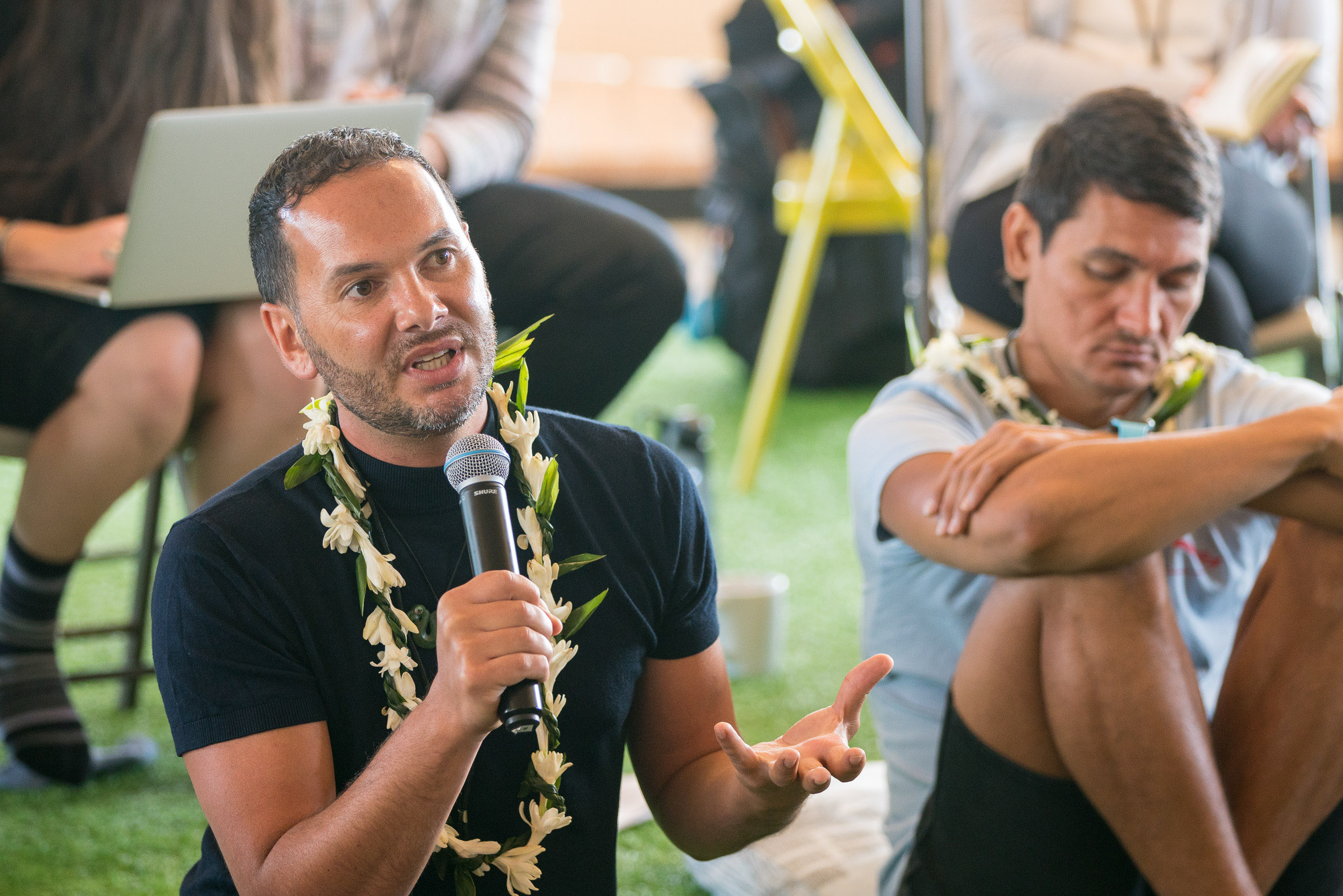 This has been particularly apparent for artificial intelligence and language. “More is more” has produced large language models with powerful autocomplete and text analysis capabilities now used in everyday services like search, email, and social media. But these models, built by hoovering up large swathes of the internet, are also accelerating language loss, in the same way colonization and assimilation policies did previously.

Only the most common languages have enough speakers—and enough profit potential—for Big Tech to collect the data needed to support them. Relying on such services in daily work and life thus coerces some communities to speak dominant languages instead of their own.

“Data is the last frontier of colonization,” Mahelona says.

In turning to AI to help revive te reo, the Māori language, Mahelona and Jones, who is Māori, wanted to do things differently. They overcame resource limitations to develop their own language AI tools, and created mechanisms to collect, manage, and protect the flow of Māori data so it won’t be used without the community’s consent, or worse, in ways that harm its people.

Now, as many in Silicon Valley contend with the consequences of AI development today, Jones and Mahelona’s approach could point the way to a new generation of artificial intelligence—one that does not treat marginalized people as mere data subjects but reestablishes them as co-creators of a shared future.

Like many Indigenous languages globally,te reoMāori began its decline with colonization.

After the British laid claim to Aotearoa, the te reo name for New Zealand, in 1840, English gradually took over as the lingua franca of the local economy. In 1867, the Native Schools Act then made it the only language in which Māori children could be taught, as part of a broader policy of assimilation. Schools began shaming and even physically beating Māori students who attempted to speak te reo.

In the following decades, urbanization broke up Māori communities, weakening centers of culture and language preservation. Many Māori also chose to leave in search of better

Did you miss our previous article…
https://www.mansbrand.com/this-1-5-billion-startup-promised-to-deliver-clean-fuels-as-cheap-as-gas-experts-are-deeply-skeptical/

The Brood X cicadas are here — and yes, there’s an app for that

The connected world: Delivering the best-in-class customer experience of tomorrow and beyond

The radical intervention that might save the “doomsday” glacier