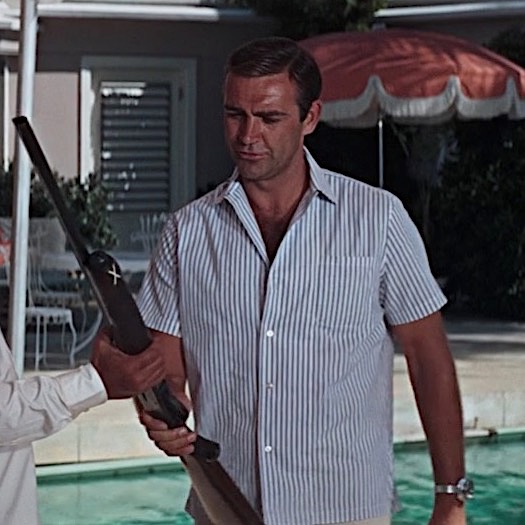 Summer is almost here so I’ve been thinking about refreshing my wardrobe for the warmer weather.

Dressing for warm weather has always been befuddling for me. I usually end up wearing a simple t-shirt with a pair of shorts. If I need to dress up a bit, I’ll go with a polo shirt. But sometimes a polo shirt feels a little too dressy, or at least a little too “square.” Like if I’m at an outdoor pool party lounging around eating a burger, I don’t want to feel like I’m in a Ralph Lauren ad. I want something that’s casual, but not too casual. It’d be nice if there was a warm weather shirt that’s a step above a t-shirt and a step below a polo.

Well, thankfully, that shirt exists! In fact, it was likely a summer style staple for your grandpa.

A camp collar shirt is a short-sleeve, button-down shirt that is characterized by its open, unstructured, lay-flat collar (called a camp collar) that creates a lower-cut v-neck; this relaxed collar is part of what distinguishes it from a short-sleeve dress shirt which buttons up higher and sports a stand-up collar. The camp shirt is also defined by its loose-fitting, almost boxy silhouette and straight bottom hem.

Camp shirts come in a wide variety of colors, patterns, and styles.

Because it’s a warm weather top, camp collar shirts typically use light, breezy fabrics to keep you cool. And because of its association with the carefree bliss of summer, camp collar shirts often come in bold colors and patterns. That Hawaiian shirt you wear when you want to show everyone you’re a fun guy? That’s a camp collar shirt. The retro bowling shirt you wore to ska concerts in the late 90s? Camp collar.

The History of the Camp Collar Shirt

The likely origin of the camp collar shirt was the guayabera, a traditional Latin American work shirt. Several Latin American and Spanish-speaking countries lay claim to being the originators of the guayabera. Ask a Mexican, and they’ll say it was created by people living in the Yucatan peninsula and the Cubans copied it. Cubans say they created the camp collar shirt without any help from Mexico. Meanwhile, Filipinos will say they’ve been rocking the guayabera since the 19th century.

Whatever the origin of the guayabera, it was Cubans, especially in the wave of immigration following the Cuban revolution of 1959, who brought the garment to the United States and popularized it on our shores. Mid-century Americans kept the open collar style of the guayabera, replaced the long sleeves with short sleeves, and started using bold fabric patterns. The camp collar shirt was born. 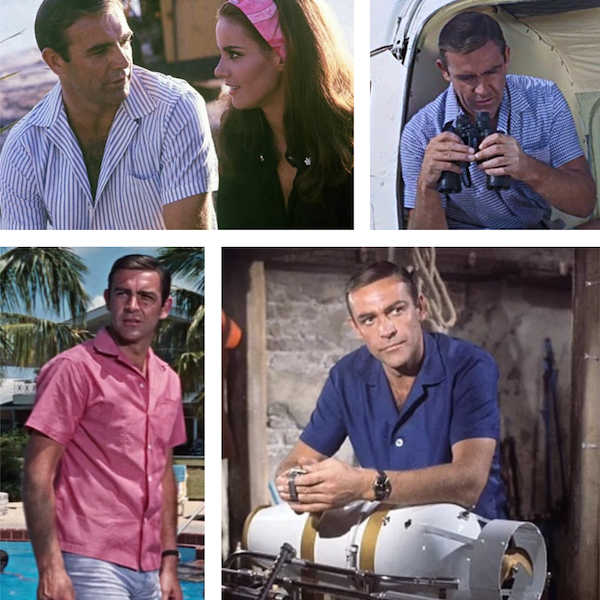 It became the go-to casual shirt for men in America. And it cut across classes. Prominent figures like Bobby Kennedy and Elvis Presley rocked camp collar shirts. But so did working class WWII vets living in Levittown. Bowling teams made the camp collar shirt their uniform. Vacationing Americans turned the camp collar shirt into the ultimate vacation shirt by donning ones with splashy tropical patterns, giving rise to the iconic Hawaiian shirt.

The camp collar shirt was truly a democratic piece of clothing and was a summer style staple for men in America from the 1950s through the 1980s.

But then in the 1990s and early 2000s, the camp collar shirt went out of style. The only place you’d still see it was on guys skanking at ska concerts or dudes wearing a Hawaiian shirt at comic book conventions.

Everything You Need to Know About Concussions

Podcast #751: The Rise of the Religious “Nones” (And What It Means for Society)

How to Match a Shirt and Tie

Cool Uncle Tricks: “Rock the Baby” With a Yo-Yo