With our archives now 3,500+ articles deep, we’ve decided to republish a classic piece each Sunday to help our newer readers discover some of the best, evergreen gems from the past. This article was originally published in July 2020.

Undoubtedly, the Civil War was the most consequential event in American history. The fate of the fledgling nation — geographically, culturally, existentially — hung in the balance between the years 1861 and 1865.

Despite its significance, the average American doesn’t possess a very expansive understanding of the conflict. Most of us know a few names — Grant, Lee, Sherman, Jackson; we know Lincoln gave an important speech at Gettysburg; and we know who won the war. But our grasp of everything else is often fairly hazy.

While you could spend your entire lifetime studying the Civil War (over 60,000 books have been written about it!), and go at it from myriad political/social/economic directions, every man should at least have a grasp of the war’s major battles and campaigns.

Over the course of four years and the span of the entire nation (there were important engagements as far west as Arizona and New Mexico), dozens of primary battles and hundreds of other significant engagements took place between the North and the South. Of those numerous engagements, there are nine that arguably had the greatest impact on the outcome of the war, and that you should know the basics on.

While certainly not the entire story of the Civil War, learning about these clashes will give you a broad sense of its ebbs and flows and what ultimately led to the Union’s victory in April 1865.

The first important thing to understand when learning about the Civil War (and martial history in general), and the gruesome numbers associated with its battles, is that “casualties” do not mean “deaths.” A “casualty” is a blanket term for a number of possible outcomes:

injured — to the point of not being able to fightmissing — they can’t find a body; many in this category are presumed dead, but it’s not technically proven as such captured — many thousands of soldiers on both sides languished and died in military prisons; this number may also include surrendered troops, many of whom were simply sent home without their arms or horses dead — while also counted separately, these numbers were part of overall casualty counts as well

Interestingly, fatality numbers from the Civil War keep going up as years go on and historians continue digging into archives and lost graveyards. Less than 10 years ago, the number in fact made a 20% jump from ~620,000 to ~750,000.

To be sure, any casualty is a very bad outcome, especially given the state of Civil War-era medicine, which was a couple decades away from the discovery of germs. These aren’t just glancing blows to the arm; these are injuries where someone is surviving, but perhaps barely, and perhaps not for very long.

It should also be noted that while hundreds of thousands of men died in combat and from combat wounds, scores more — in fact it’s nearly twice as many — perished from disease and accidents. Those numbers are not included in the battle casualty numbers listed below. 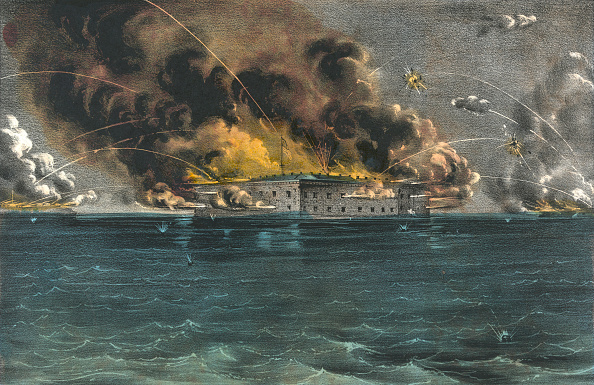 Give the Gift of Manly Knowledge for the Holidays

The 2022 Enrollment Period for The Strenuous Living Is Now Open