7 Types of Guys Women Find Irresistible (Which One Are You?)

How to attract women – what men have been wondering for ages.

Is it a complicated issue, or do the ladies file us away in neat stereotypical folders?

Gentlemen, the simple fact is that there are specific categories of men that women are just more likely to fawn over. 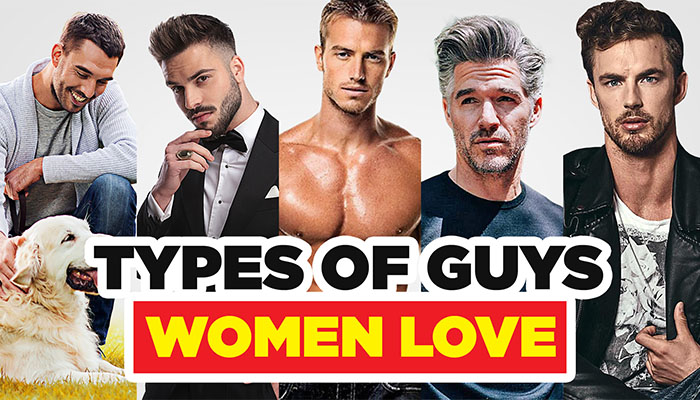 Do you fall into these? How do you know? that’s what we’re answering in today’s article.

This article is brought to you by Roman – the embarrassment-free solution to erectile dysfunction. With Roman there are no waiting rooms, awkward face-to-face conversations, or uncomfortable trips to the pharmacy. You can handle everything discreetly online.

All you have to do is chat with a licensed US doctor, and get genuine medication delivered to your door in discreet, unmarked packaging, with free 2-day shipping. ED is a problem that guys don’t tackle, but with Roman, it’s simple and secure. Click here to claim your FREE online visit with Roman.

This may not come as a surprise to many of you, but puppies are a hit.

The University of Michigan presented 100 women with images of men described as scumbags (cads) and those described as caretakers (dads).

Though dads were initially preferred, cads dominated when they were shown owning a dog – even against dads who owned pups! 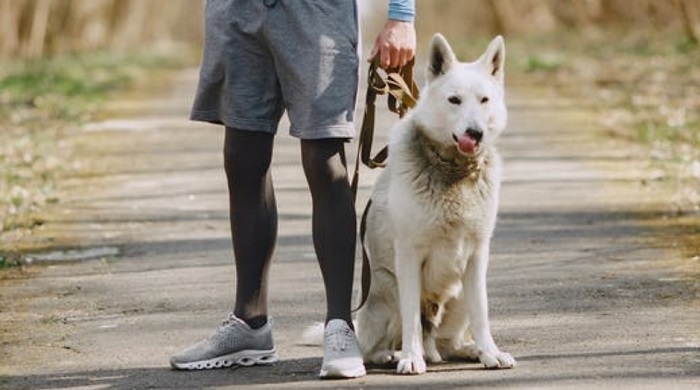 Men with puppies are hotter than men without – according to women.

Reddit is absolutely teeming with women who feel the same way. The consensus is that men who own dogs are generally perceived to be great caretakers no matter what.

How to attract women? Own a dog. Don’t get a puppy for the sake of dating – but if you already own one, post a few pictures!

The guy who dresses well and has the car.

Evidence for this comes from the British Journal of Psychology. Women were presented with photos of the same man next to a Bentley Continental GT, and a Red Ford Fiesta.

Unsurprisingly, the guy with the Bentley won out. 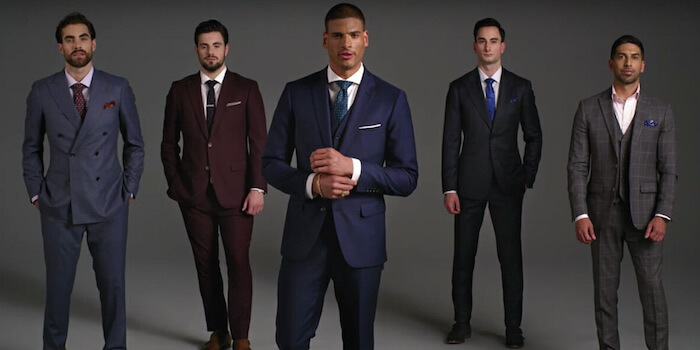 Wanting to upgrade your look? Click here to learn a few basic style tips to get started.

Status has more to do with cars, though. Social media yields unparalleled evidence of women’s opinions on style.

Even if a stylish man isn’t a millionaire, the ladies tend to stick around.

Why? Stylish men are a rare commodity.

A group of Scottish psychologists from Abertay University found that as women make more money, they focus more on male attractiveness. 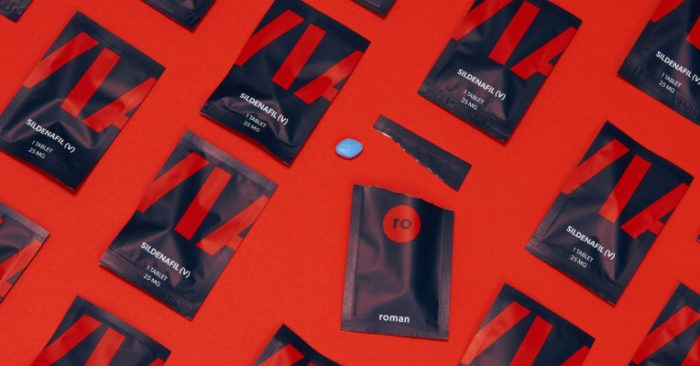 The silver fox’s age is right around when E.D. rears its ugly head. Don’t let that happen. Click here to get Roman.

However, they consistently preferred an older, well-kept man; the elusive silver fox.

This is great for you gentlemen with greying hair that take good care of yourselves. Youth does not determine sex appeal, but grooming habits and style do.

But there’s a caveat…

UCLA conducted a study way back in 2007 in which women assessed a few shirtless guys.

Yes, they rated beefcakes to be hotter, but ONLY for very short-term relationships. We’re talking a one-night stand.

The muscles do help your sex appeal – but only in the short term.

Muscular men are objectified, and the more skin they show, the worse it gets. In order to mitigate this, make sure to use your clothing to your advantage.

Use well-fitted clothes in order to show off that bod while leaving it to the imagination.

How to attract women? A 2014 study determined that you need to take a few risks.

No, forgetting to fasten your seat belt is not what I’m talking about.

The ladies love what the study called “hunter-gatherer risks.” These being hobbies and sports which carry a primordial vibe.

Men with extreme hobbies have a good shot with the ladies.

They include handling dangerous animals, extreme sports like sky-diving, and hobbies such as mountain-climbing.

This is great news if you already fancy yourself an adventurer.

When it comes to how to attract women, funny guys reign supreme.

This comes from a 2015 study that had men and women come together for 10 minutes. As the couples got to know each other, laughter played an integral role in relationship potential.

Want to learn more? Click here to find out what women notice about you before you even say a word.

In later interviews, the women would always consider the guy who made them laugh for a long-term relationship.

Laughter is also a clear indicator of relationship success. Couples who laugh together are happier together.

Bad boys are cool… for a day.

Here’s the deal: Many men are cursed with the Dark Triad personality traits…

Narcissism, when all you can think of is yourself. Psychopathy, comprising a lack of empathy and erratic behavior. Finally – Machiavellianism, encompassing ruthlessness and duplicity.

Narcissism lends itself well to women in the short term because these men are highly competitive. This leads them to outdo their peers – and women notice.

Never imitate these guys – their tactics go stale after a night or two.

Psychopathic men are ruthlessly exploitative and have been recorded to display superficial charm.

Machiavellian men are notoriously promiscuous because of their dominating personalities and opportunistic tendencies.

NONE of these are good – they just work in the short term. In fact, they lend themselves to terrible relationship performance… for the very same reasons listed above.

At the end of the day, this is about science, and it’s terribly short-lived. – It’s not what men should emulate.

Summary – How To Attract Women

We covered a wide range of male stereotypes that bring the ladies in like magnets.

the science gives us mixed results – sometimes it comes down to style, other times it’s about muscle. At times, toxic dudes like bad boys reap the benefits.

It’s up to you how you approach the complex web of attraction. If you want my advice, I’d rather you try anything besides option 7…

This article is brought to you by Roman – the embarrassment-free solution to erectile dysfunction. With Roman there are no waiting rooms, awkward face-to-face conversations, or uncomfortable trips to the pharmacy. You can handle everything discreetly online.

All you have to do is chat with a licensed US doctor, and get genuine medication delivered to your door in discreet, unmarked packaging, with free 2-day shipping. ED is a problem that guys don’t tackle, but with Roman, it’s simple and secure. Click here to claim your FREE online visit with Roman.

The post 7 Types of Guys Women Find Irresistible (Which One Are You?) appeared first on Real Men Real Style.

Did you miss our previous article…
https://www.mansbrand.com/top-20-summer-fragrances-mens-fragrance-guide/

Long Hair vs Short Hair: Which Is Better On Men?

The Best Way to Remove Back Hair for Men